The same artist who designed Denver’s Articulated Wall — the towering yellow sculpture you can see from I-25, lovingly referred to as the French Fries and the Noodle Sculpture from time to time — has also designed the city’s newest sculpture, which was officially unveiled in mid-March. That new work of art is Four Chromatic Gates, a 16-foot, multicolored, angular archway that serves to welcome passersby to the Broadway Park development at Alameda Station. 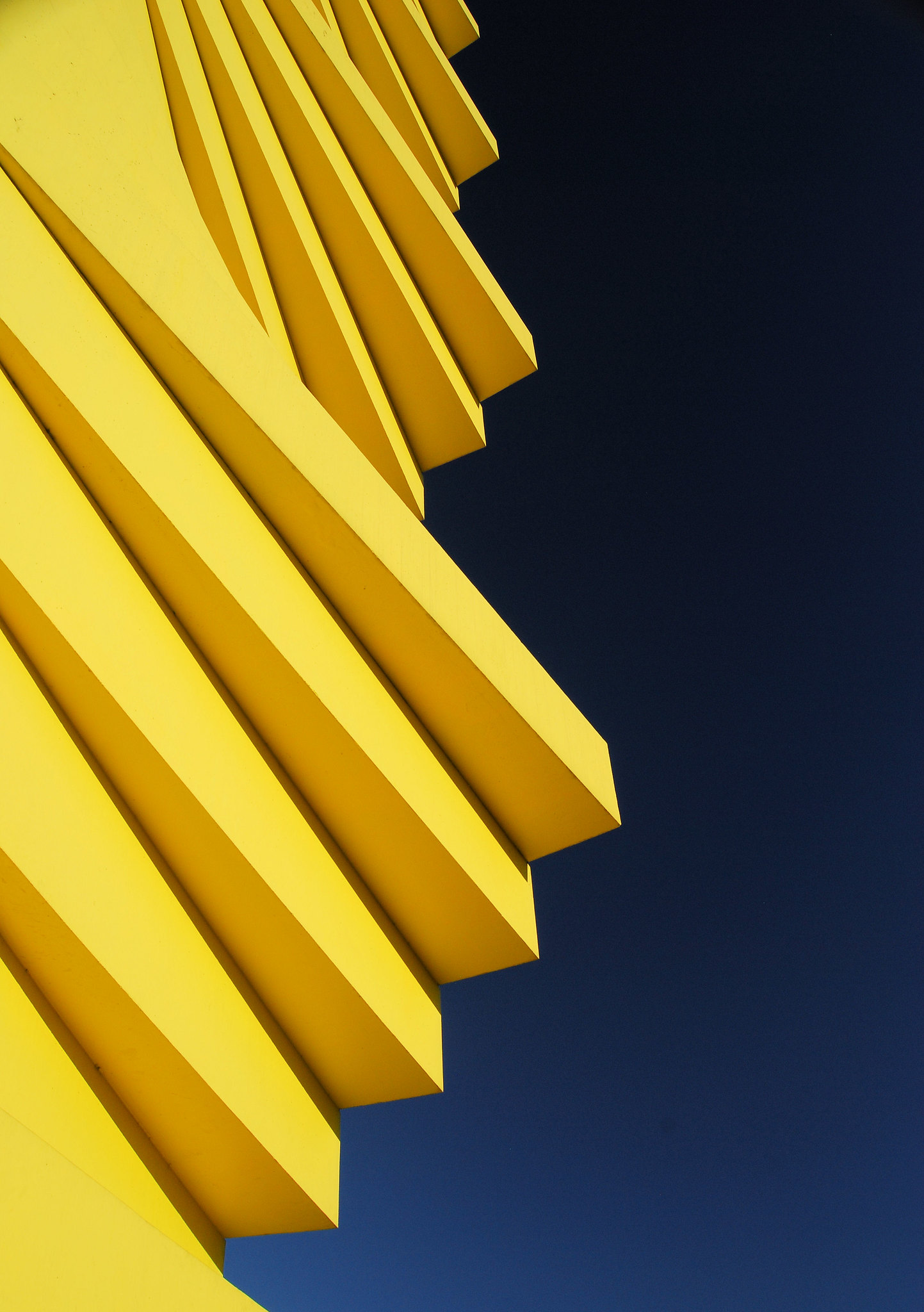 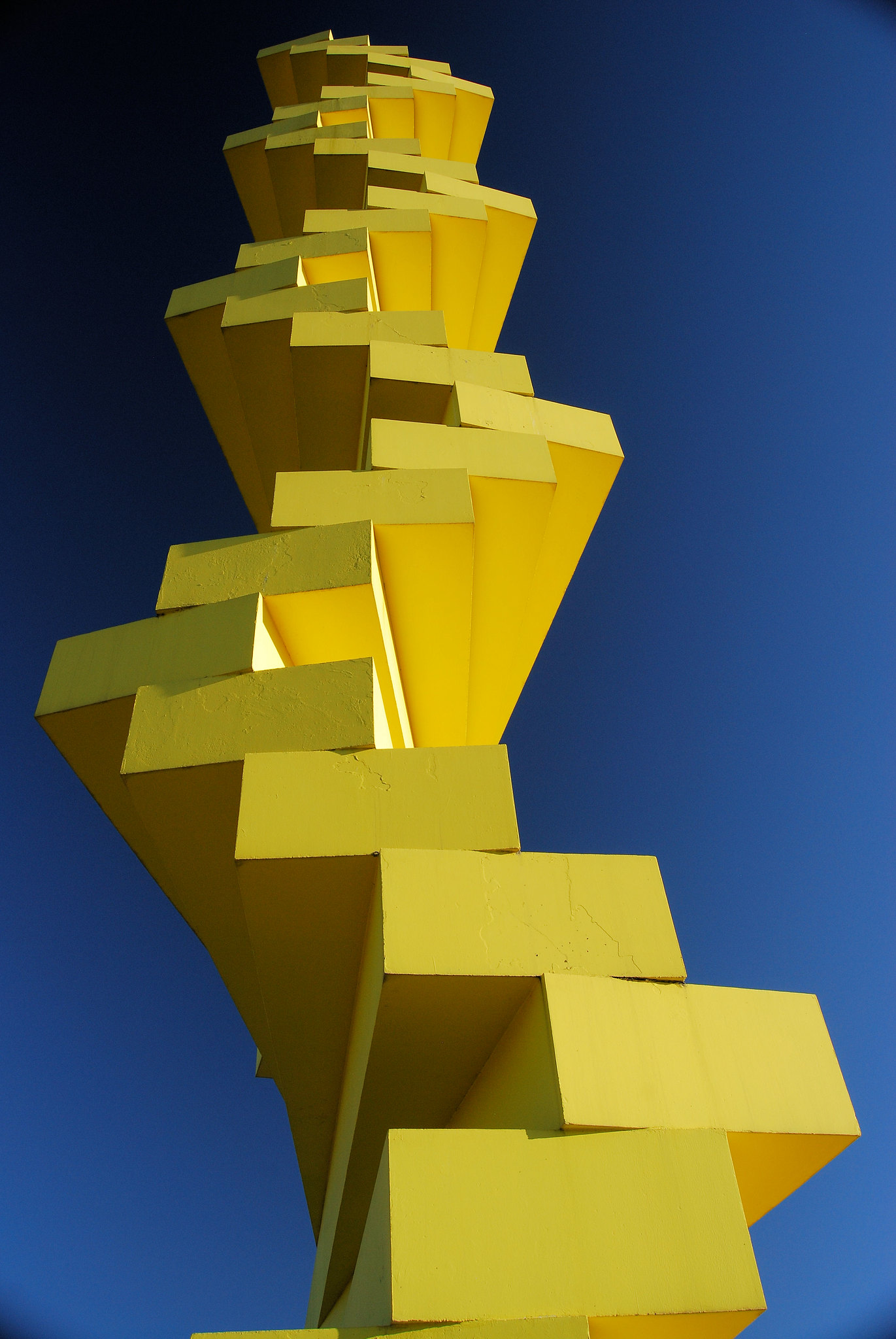 The sculpture’s designer, Herbert Bayer, created art in the Denver area and throughout Colorado in the ‘40s, ‘50s, ‘60s and ‘70s before he passed away in 1985. Nearly 40 years later, his step-granddaughter, a Denver artist named Koko Bayer, and the developers of Broadway Park are working to bring awareness to Herbert’s talent — and Four Chromatic Gates is just the first step in that journey.

“One of my missions has been to connect this piece that pretty much everyone who’s grown up in Denver has a connection to, Articulated Wall, to the artist. It’s been interesting helping educate people in Denver about the artist and showing the breadth of his work,” Koko said. “There are a lot of amazing Herbert Bayer sculptures that really need to be built, and that was the catalyst of all this.” 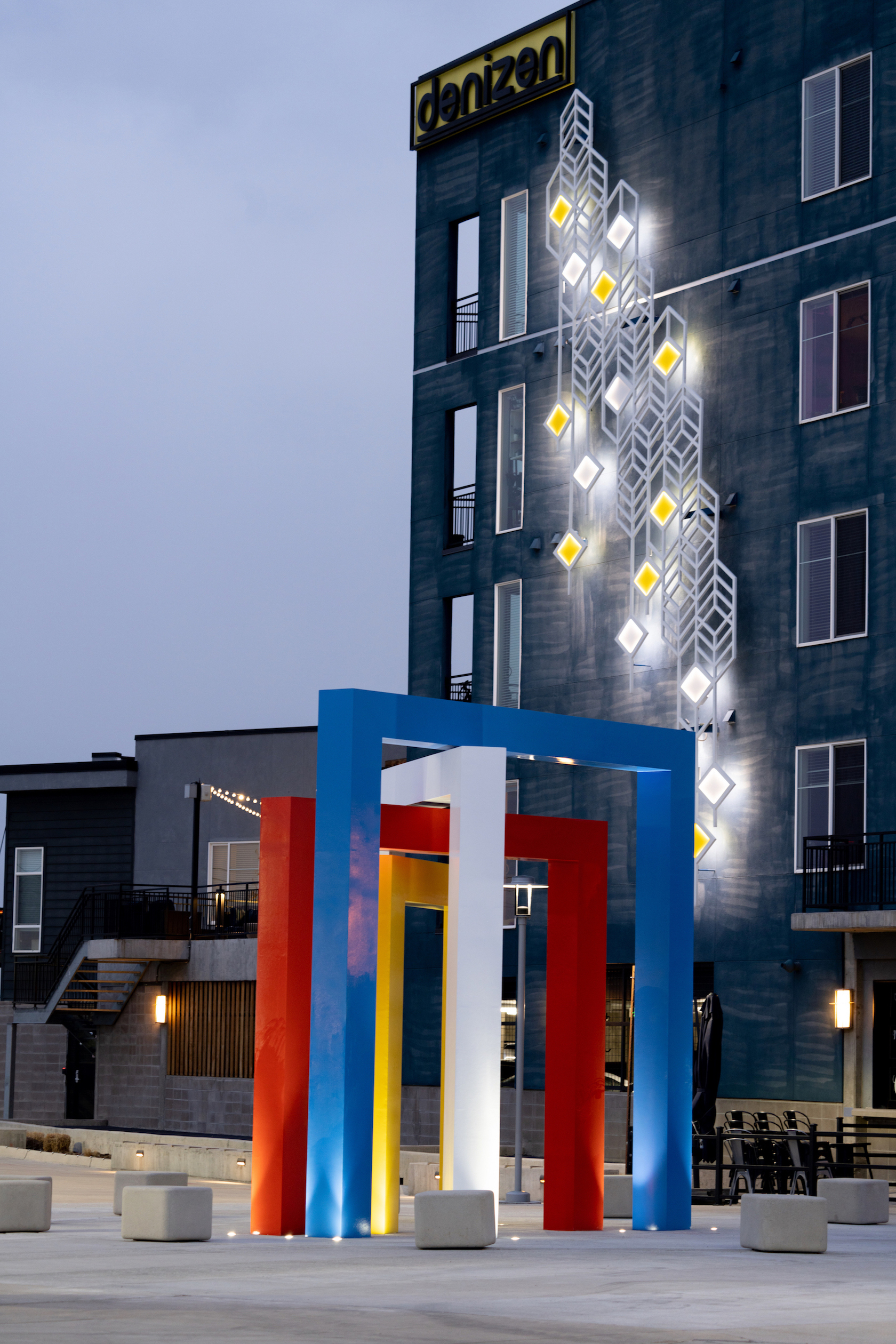 Koko and the developers, D4 Urban, spent about six years making the Four Chromatic Gates installation a reality. The development is a 75-acre site situated between the Alameda and Broadway light rail stations that includes residential space, commercial office space and pedestrian-friendly streets.

Development partner Dan Cohen added that Herbert‘s works will tie the entire area together. He said that the company was drawn to his specifically because of the prominent role that nearby Articulated Wall already played in defining the location. 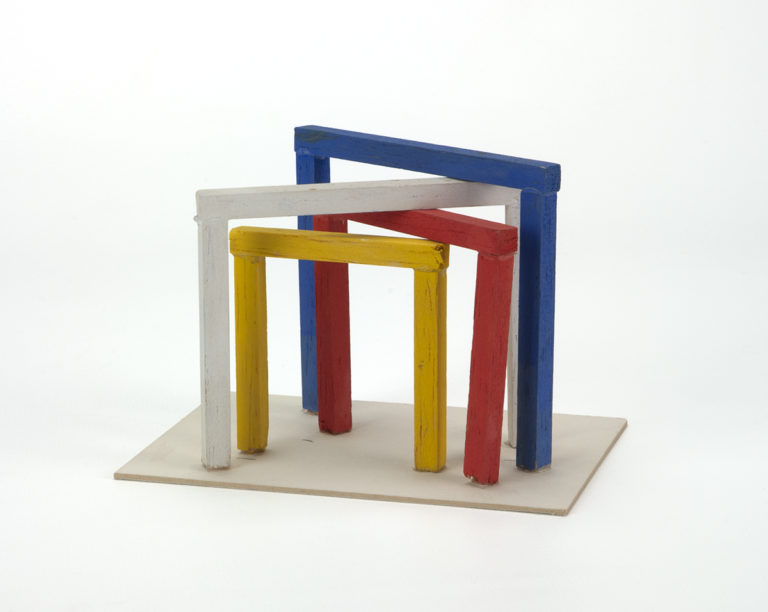 However, during his time as a Denver artist, Herbert technically never built a full-scale version of Four Chromatic Gates sculpture, meaning that Koko, D4 and other partners are had to do some research to bring the work to life. Fortunately, he had already conceptualized the sculpture through a thorough design process; for this work and many others, the artist left behind a miniature wooden model of what the sculpture should look like, photos and notes related to its dimensions, color scheme and more. Much of this information is included in the collection at the Kirkland Museum of Fine & Decorative Art, which along with the Herbert Bayer Estate, partnered with Koko and Cohen on the project.

The project was a team effort, they said — bringing together dozens of workers, from structural engineers to painters to lighting designers, some of whom put hundreds of hours into the project.

“We really worked hard to just ensure that Herbert’s vision was maintained throughout,” Koko said. “We had been looking at it for so long on paper and in renderings, talking about these minute details, so to actually see it standing there on the site, I got a little bit choked up. It was pretty amazing.”

And Four Chromatic Gates is just the beginning. Cohen said the developers already have plans to install and unveil another Herbert sculpture on-site in the summer or fall of 2022. Additionally, while his works will serve as the artistic anchors for the site, works by other Colorado artists will also be scattered throughout the redevelopment. In fact, Koko’s work is installed in the stairwells of the Denizen Apartments, located at Alameda Station. Cohen also highlighted on-site artworks by local names like Clark Rickert and Sandra Fettingis.

In the meantime, Cohen and Koko encouraged the public to visit Four Chromatic Gates, which is now available for anyone to view.

“Over the last six years, I personally gained such a great appreciation for this artist who really hasn’t gotten the recognition he deserves,” Cohen said. “It’s about being able to showcase this artist and help uphold his legacy. It turned into a passion project.”