Photo courtesy of the Rally Hotel

Rockies-Themed Hotel “The Rally” Opens up To the General Public

In early February, the Rockies’ announcement that the team was trading star player Nolan Arenado came as a surprise for fans, stirring up no shortage of controversy. But for those diehard fans who plan to keep cheering the team on, the Arenado trade aside, Rockies owner Dick Monfort is opening a new offering: Denver’s first Rockies-themed hotel, the Rally, which opened to the general public on March 25.

Located just across the street from Coors Field at 1600 20th Street, the Rally Hotel is a focal point of McGregor Square, the entertainment epicenter that Monfort has been building up for about three years. The land is leased by the Rockies franchise and the development has based its identity on its strong tie to Colorado’s MLB team, as has the Rally. Its interior offers multiple nods to the Rockies, with a sparkling purple ambiance lighting up the lobby and baselines running across the hotel floor. 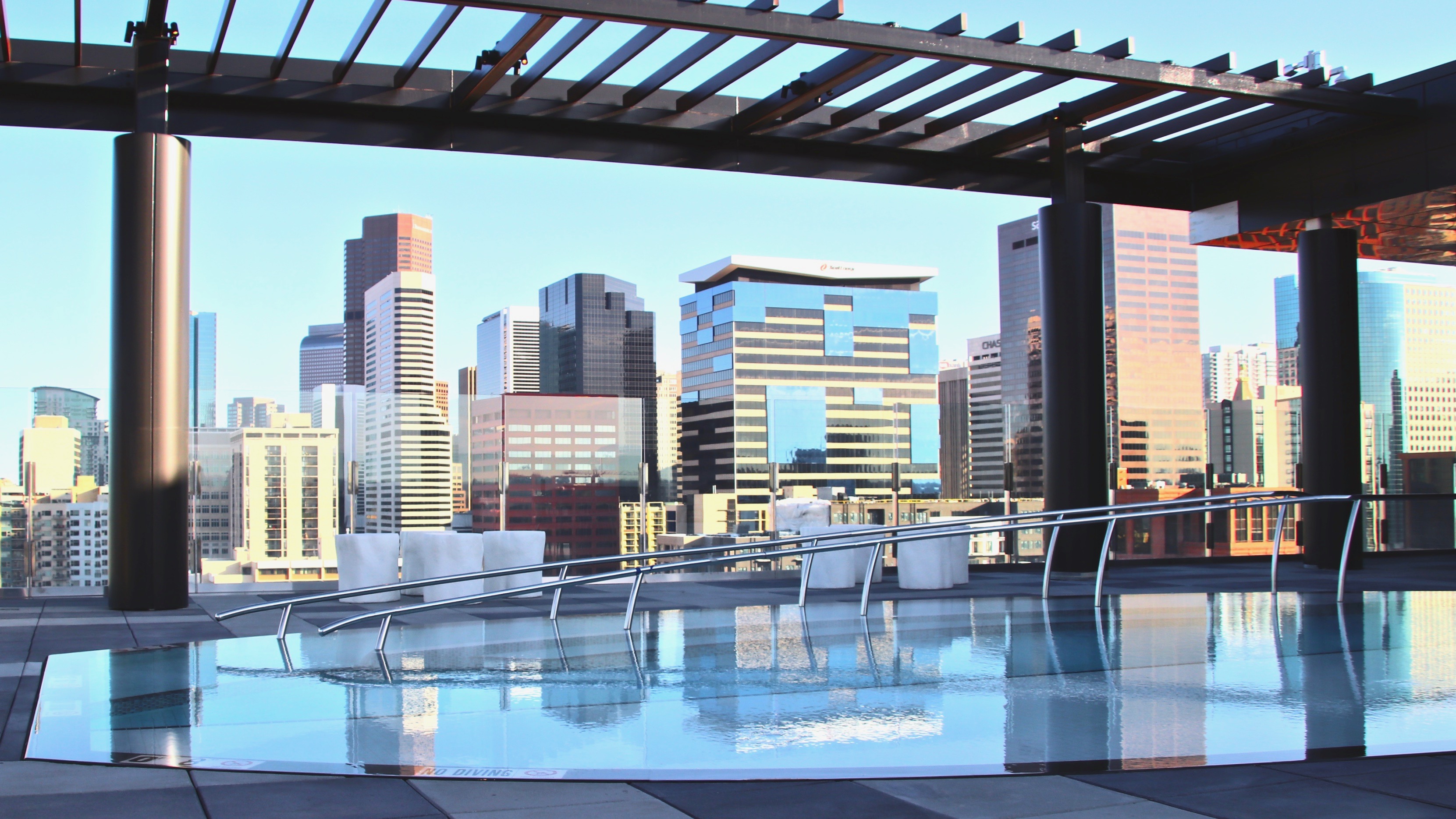 The rooftop pool at the Rally Hotel. Photo by Casey Van Divier.

The Rally is comprised of 182 guest rooms, including six penthouse rooms and 23 suites. The locale offers more than 4,000 square feet of events space, a rooftop with a pool and lounge area, and an on-site café, bar and restaurant — which will provide plenty of Rockies-themed menu options and daily freebies for guests. For a room that sleeps two people, the hotel’s rates start at around $160 per night.

Over the years, some fans have voiced their concerns that Monfort and the Rockies management team have put too much of their energy toward the McGregor Square development — with the Rockies’ official Twitter account spending a good deal of time hyping up the property. But Monfort has maintained that the development will be a huge benefit for the team and its fans, as revenue from the square will fund future upkeep at Coors Field.

Now, as the state’s COVID-19 vaccination rate rises, it remains to be seen whether the hotel and its numerous unique aspects will attract tourists looking to travel after spending more than a year dealing with the pandemic.

Included among those unique aspects is the big screen directly visible from several points at the hotel site, including the outdoor terrace on the third floor. The sprawling LED widescreen, which hovers over McGregor Square, will regularly play live Rockies games. Mustafa Menekse, area director of sales and marketing at Sage Hospitality Group, which partnered with Monfort to develop the property, said the hotel is also collaborating with multiple partners to pave the way for NFL games and other programs to also feature on the screen.

Additionally unique is the hotel’s “Mile High Floor,” the eighth floor of the Rally that sits exactly a mile above sea level, putting it perfectly in line with the 20th row in the upper section of seating at Coors Field. Just like that row of seating is colored purple to commemorate its mile-high status, Floor eight of the hotel is similarly decorated with a purple décor. Meanwhile, a Rockies Hall of Fame will also be set up inside the Rally at some point in 2022. The interactive museum honoring the team’s best of the best will be located on the hotel’s second floor, just an elevator ride away for hotel guests.

“What really makes us unique is all the amenities that are literally steps away from your guest room,” Menekse said. “The goal here is to create Denver’s playground.”

The Rally Hotel is located at 1600 20th St. and will be open to the general public on March 25. For more information, visit therallyhotel.com.