Opening a restaurant is hard — any restaurateur will tell you that. Opening a restaurant during a pandemic adds another layer of uncertainty, frustration and changing regulations that make the endeavor even more difficult. But, if a restaurant can get through a pandemic, it can likely take any future challenges in stride. Since it first opened in March 2020, Fox Run Cafe has experienced more challenges than normal in its first year. After closing for a month to refocus, they are now open with a new breakfast and lunch menu that brings lighter, fresh fare to the Congress Park neighborhood. 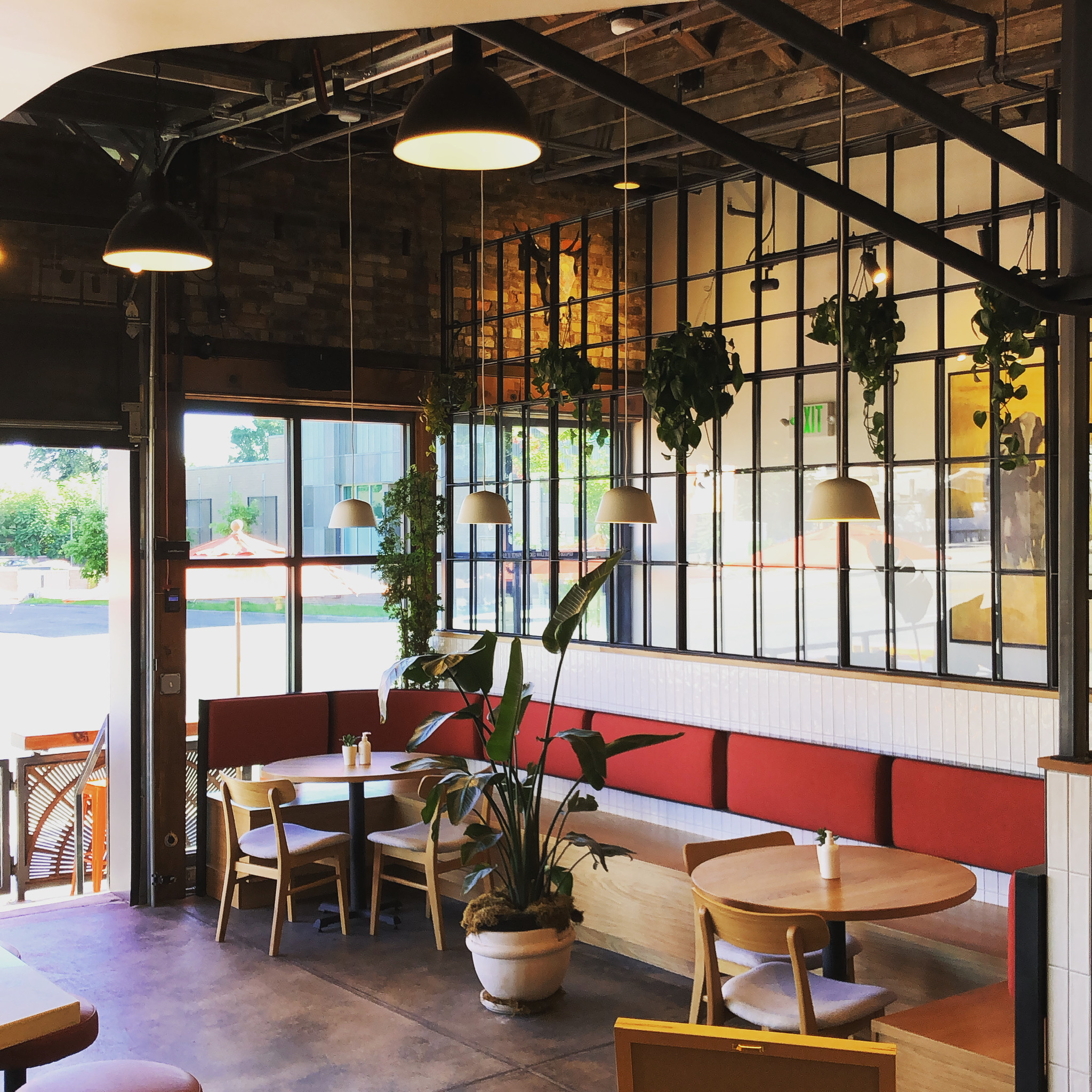 When Lucien Reichert formed the concept of Fox Run Cafe, he wanted the focus to be on hospitality and making guests feel welcome. The name of the restaurant comes from his family’s vacation home in Steamboat Springs — located on a street named Fox Run — that always welcomed friends and family with open arms and an open kitchen. “We’d always have our friends up for weekends and holidays and it was always so welcoming. My mom would be cooking food for everyone and made everyone feel so comfortable. I wanted to evoke that same feeling with the restaurant,” said Reichert.

Upon walking into the quaint restaurant, you’ll be greeted by an employee who will let you know that you can place your order at the counter and sit at any open table. “There’s nothing worse than going into a restaurant and feeling stupid or unwelcome,” said Reichert. The space is small but boasts a large garage door that can be opened on nice days that makes the space feel more open. Reichert is a Denver native and fell in love with the Congress Park neighborhood several years ago.

“It feels less developed and more authentic over here compared to some of the neighborhoods with big development projects going on,” he said. He hopes that Fox Run will become a neighborhood staple and that regulars from some of the neighboring hotspots like Machete, Cerebral Brewing and Lula Rose will begin to come to Fox Run on a regular basis. “It’s hard to build up your customer base during a pandemic. Most people have been focused on going to their favorite restaurants to try to help them stay in business, not go to brand new ones,” he explained. 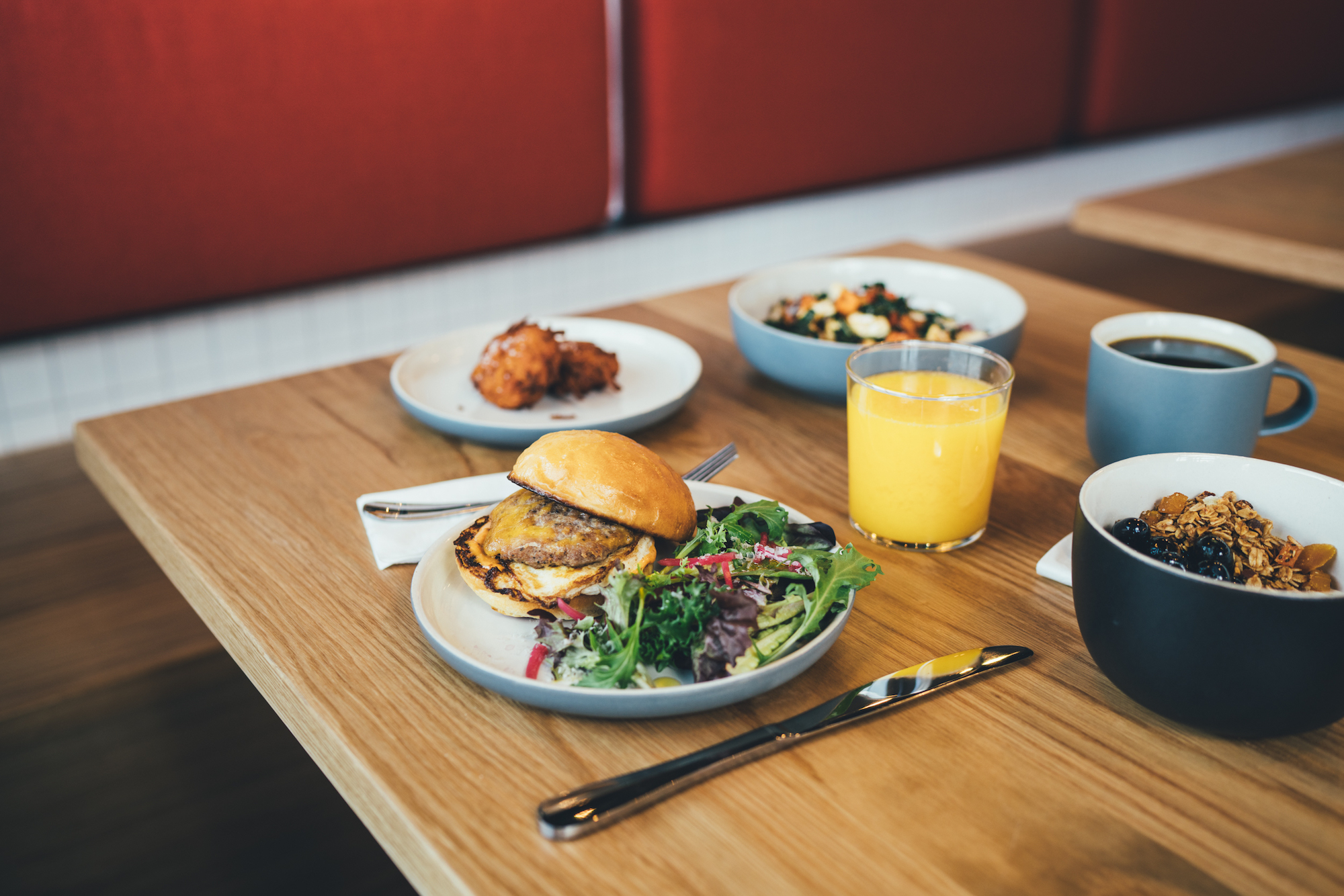 The menu at Fox Run is refreshing and simple. Reichert experimented with baking sourdough throughout the closures and serves it as toast with toppings like whipped feta, honey and pistachios ($8), scrambled eggs, cream fraiche and chives ($7) and avocado with grapefruit chermoula ($9). You can also enjoy the sourdough on the corned beef reuben ($15) consisting of braised cabbage, provolone and thousand island dressing. The breakfast burrito ($12) is a home run made with scrambled eggs, cheddar, vegetarian green chili, fried potatoes and your choice of bacon or sausage all wrapped in a flour tortilla then grilled to crispy perfection. The fried chicken sandwich ($13) was an unexpected menu item that customers loved so much during the dine-in closure that Reichert decided to keep it on the menu. “The plan from the beginning was to adapt to what the customers wanted, so that’s what we’re doing,” he said. 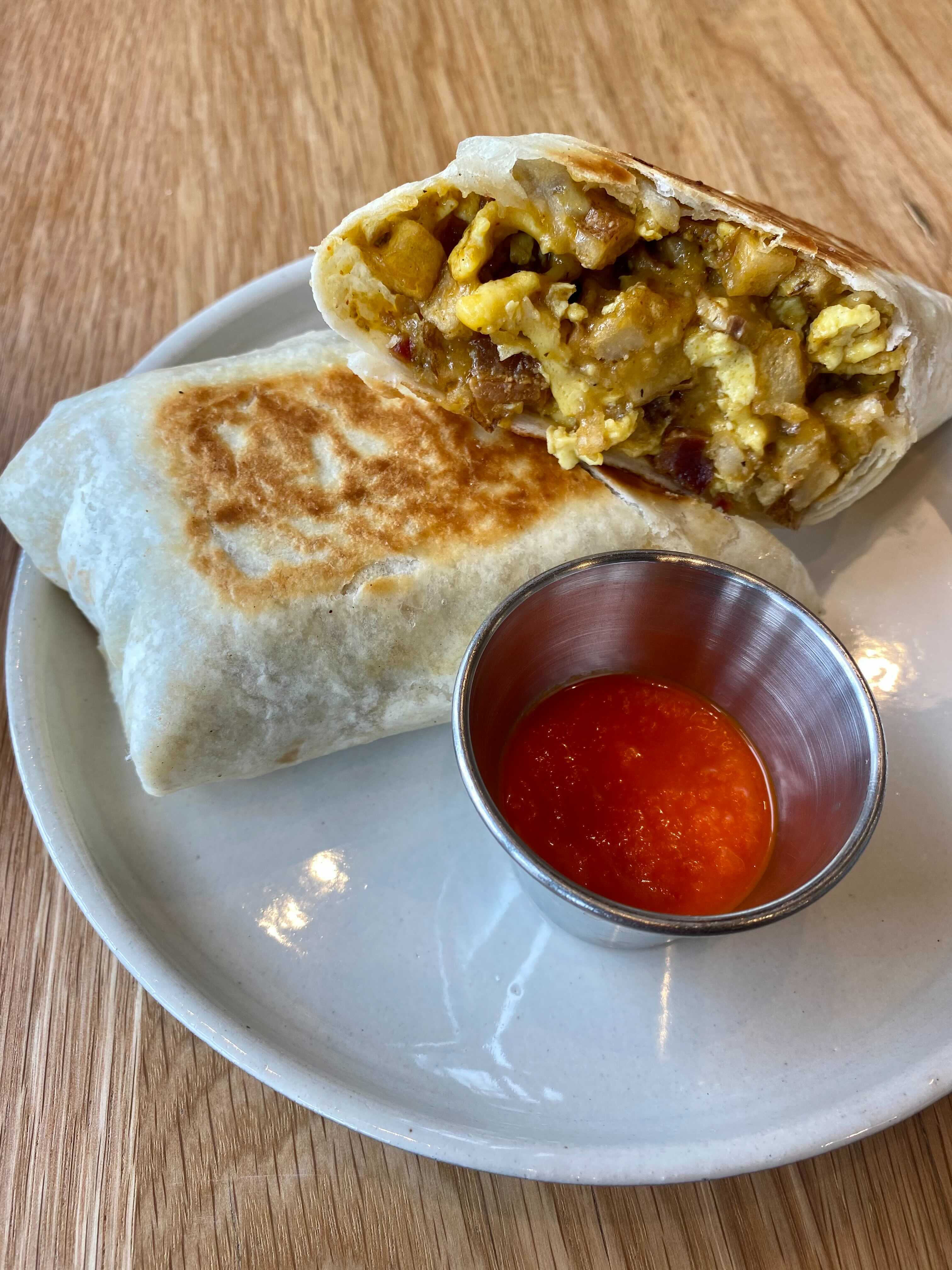 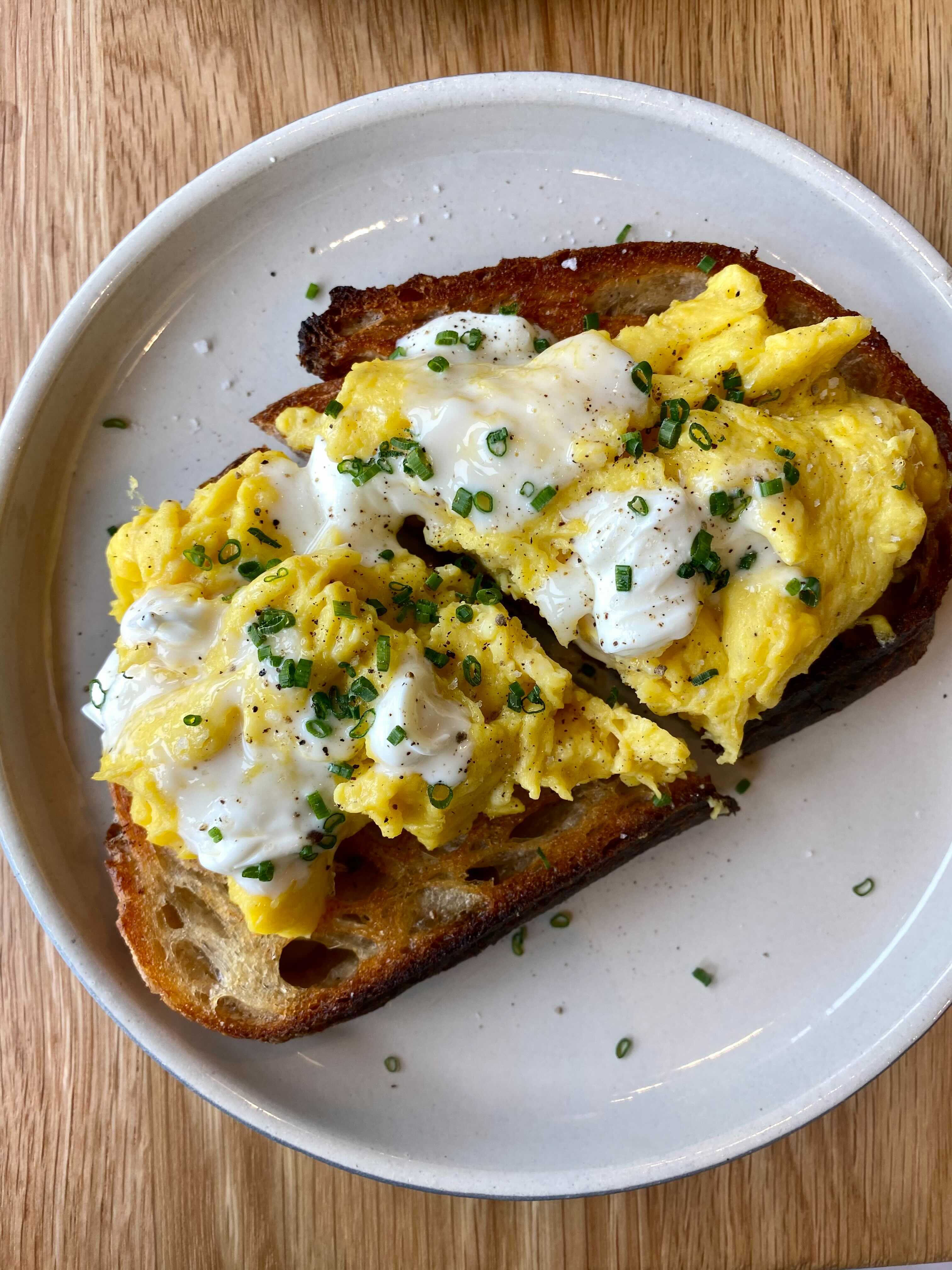 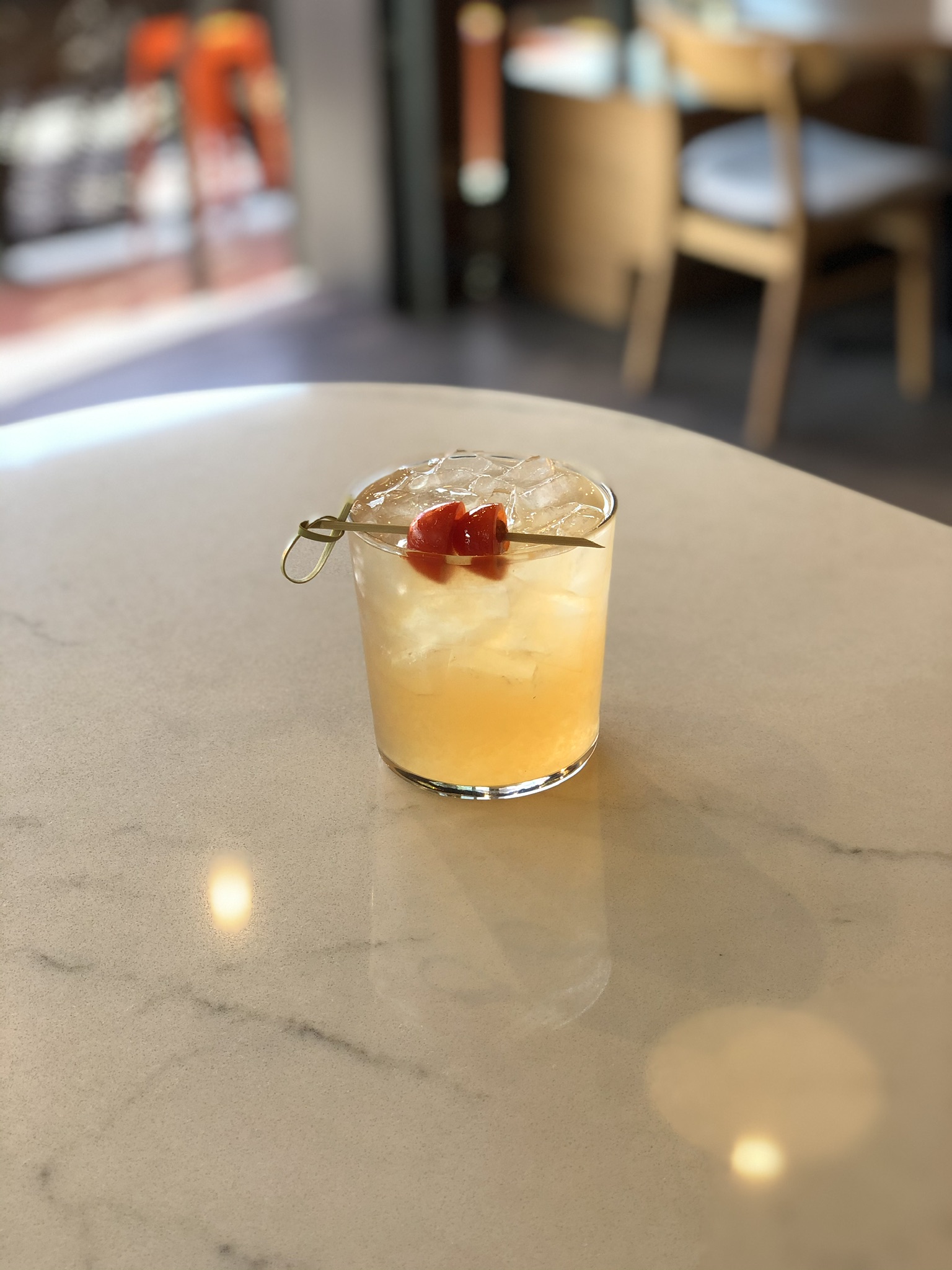 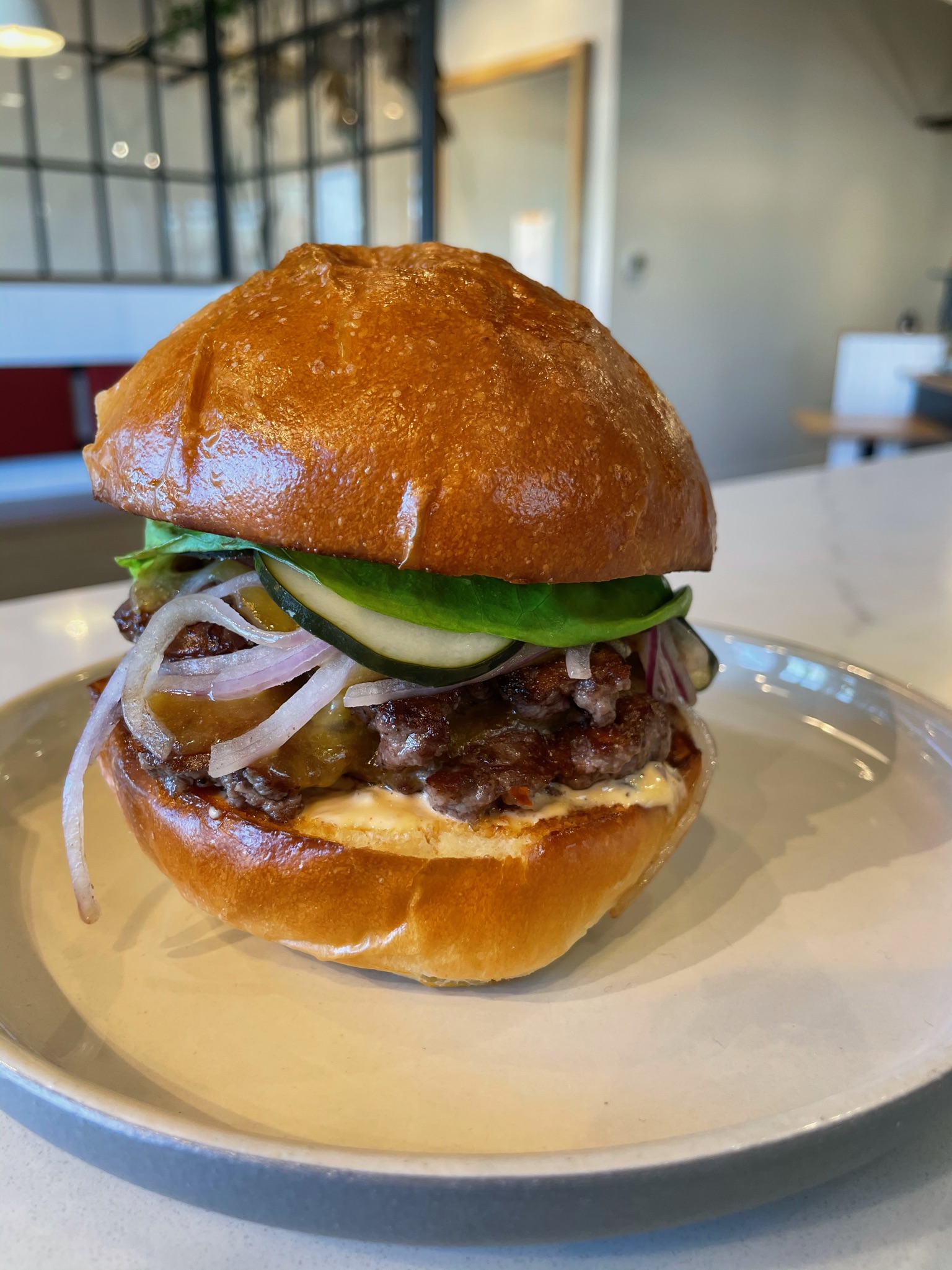 Eventually, Fox Run hopes to stay open for happy hour but for now you can enjoy brunch cocktails like cold brew whiskey ($10), spiked house lemonade ($9), a bloody ($9) and a paloma ($9). Fox Run also has a unique take on a bloody called “bloody mary has no clothes” ($9) that is a strained version of the bloody with a lighter mouthfeel and less pulp than the traditional bloody.

Next time you find yourself in the Congress Park area, Fox Run is worth a stop, even if it’s just for a piece of hot and crispy griddled banana bread and a coffee. Once you go, though, you may want to stay awhile longer and enjoy the hospitality.