This Colorado-Raised Filmmaker Filmed the Northern Lights from Space

“There is perhaps no motion more purely human than lifting one’s head up to gaze at the stars,” speculated Nate Luebbe during the opening shots of the recently released documentary Light Side Up. A Colorado-born-and-raised nature/adventure photographer and filmmaker, Luebbe has spent the most recent portion of his career fixated on the night sky. Light Side Up features Luebbe along with Denver local and adventure photographer Austin Smith and astrophotographer and designer Autumn Schrock. They set out with one mission: to film the Aurora Borealis from space.

Luebbe recalls being obsessed with flight from a young age — attending space camp and building rockets in his garage. But his fixation with the Aurora has taken the obsession to a professional level. “I’ve been very fortunate in my career to have gotten to see the things I have; sunrise at Machu Picchu, I’ve been 20 feet from a wild polar bear and hands down, the Aurora Borealis are the single most beautiful natural phenomenon,” said Luebbe. “They’re ephemeral, mercurial, rare, and I’ve made it my life’s work as a photographer to document them as often as possible.” The phenomenon, also known as the Northern Lights, is actually the result of “collisions between electrically charged particles from the sun that enter the earth’s atmosphere.”

Luebbe began formulating the project when he realized that “nobody had ever taken cinema-quality footage of the Northern Lights from the stratosphere before.” He felt a disconnect between the cosmos and humans as long as we were stuck on the ground looking up. He then planned to secure a Sony AS7III — a top-of-the-line camera —in a $20 styrofoam cooler. They also included two GPS units and hand-warmers to account for the extreme temperature drops it would have to endure. 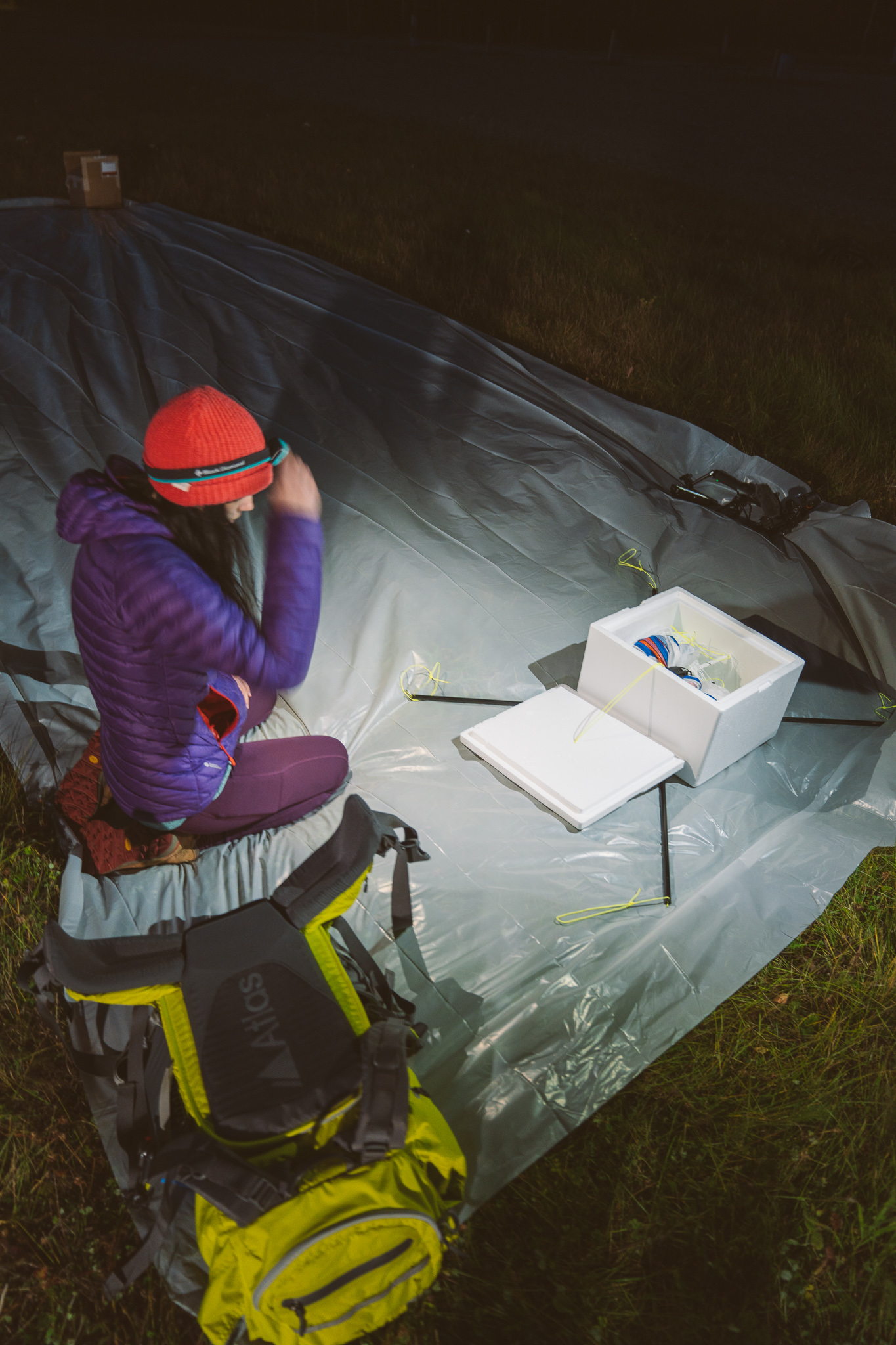 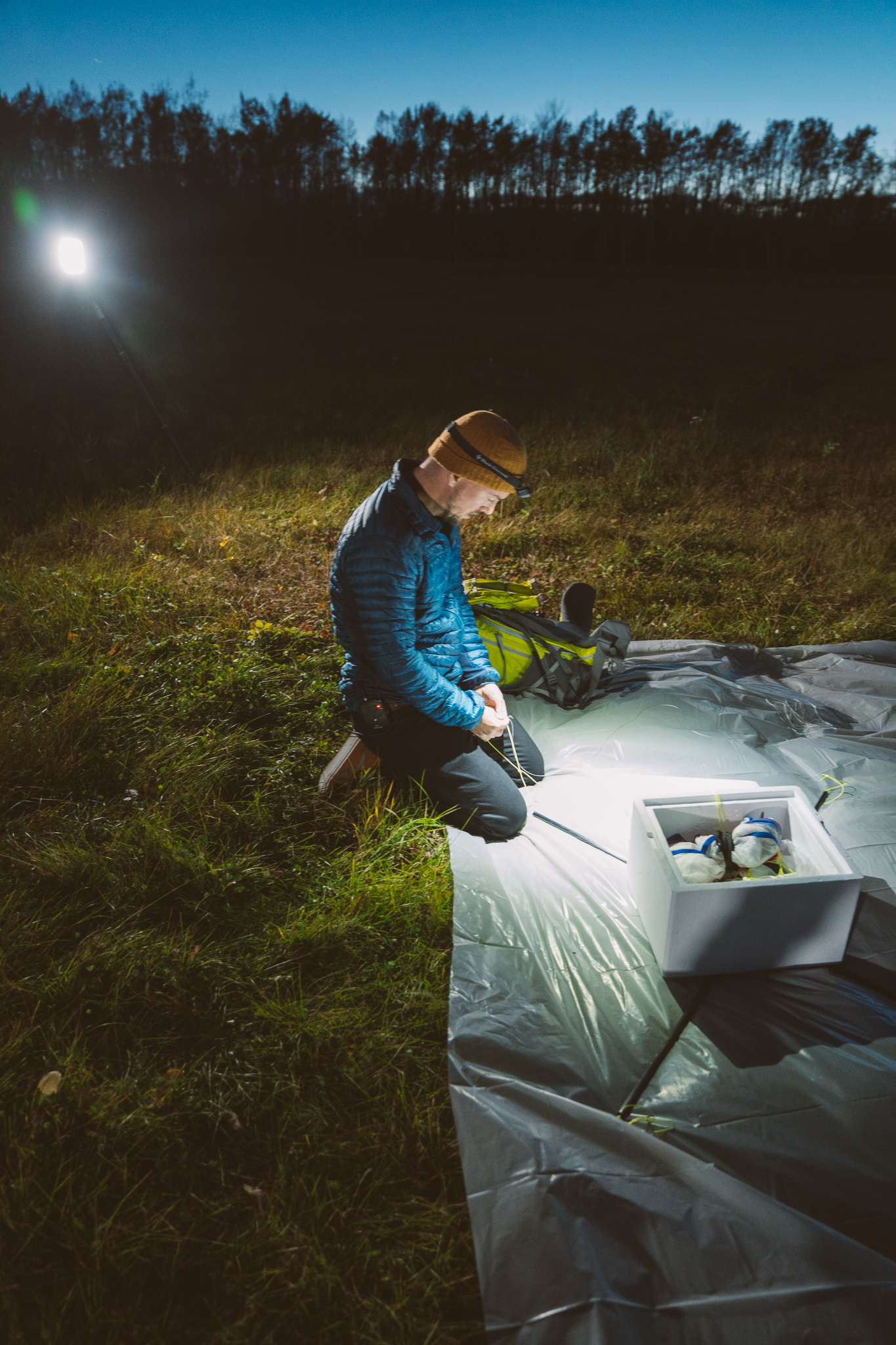 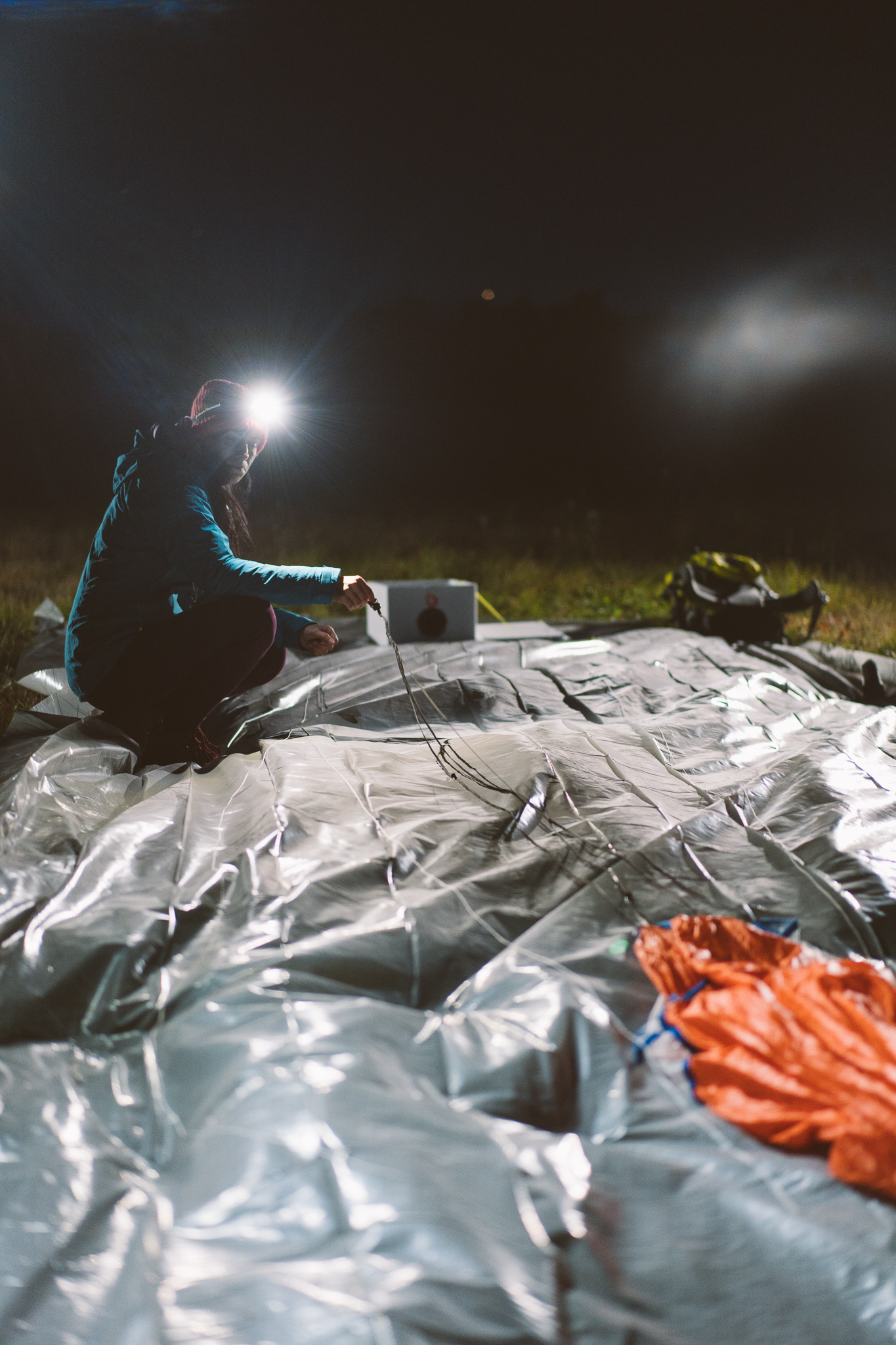 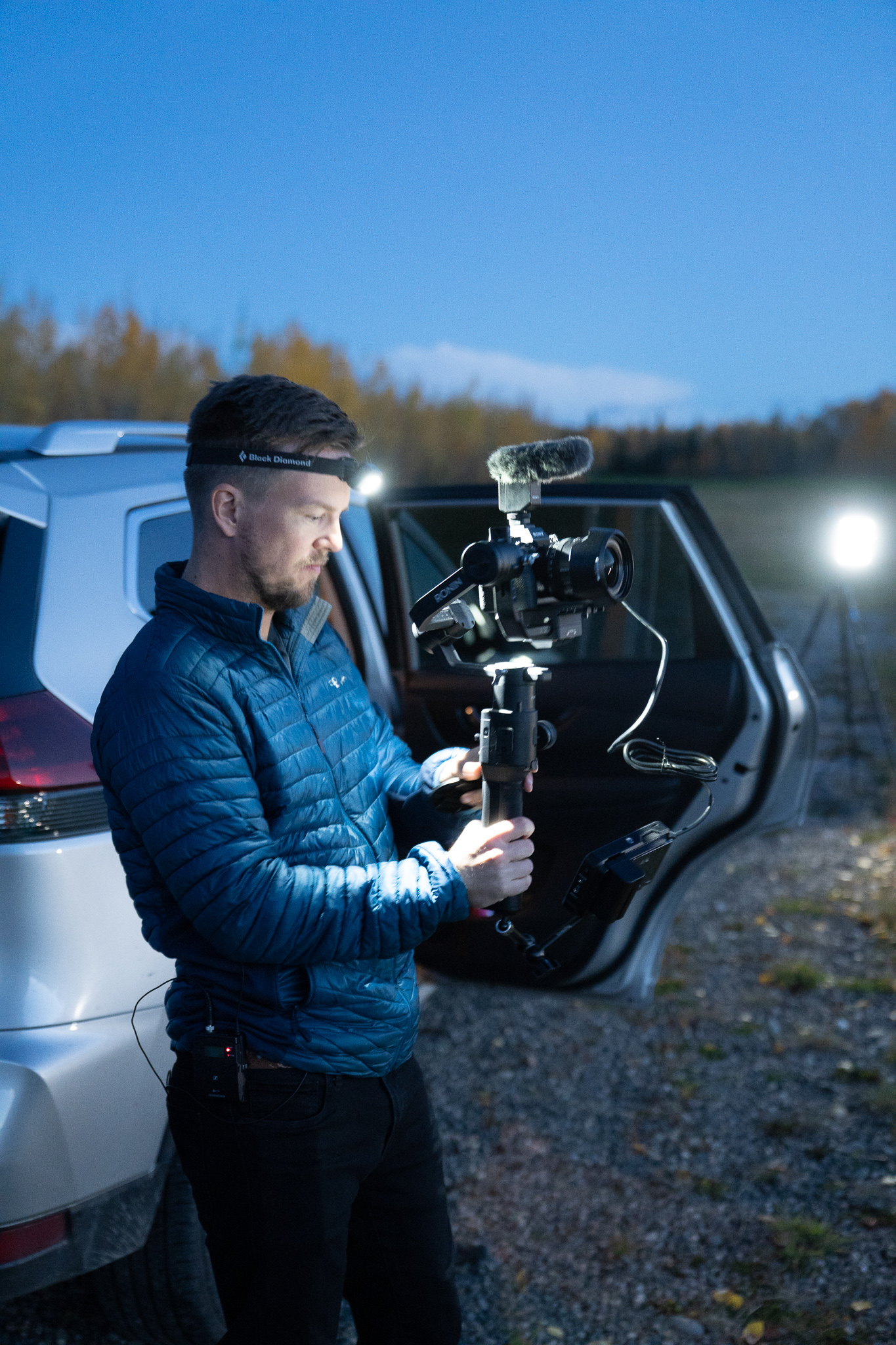 Luebbe explained he spent “nearly seven months researching how to pull this off — talking to engineers, sketching out designs, building concept models. Eventually, I settled on a pretty innovative suspension system to help stabilize the camera in flight,” he said. The 29-minute-long documentary features aesthetically pleasing animations that help those unfamiliar with the process understand the logistics of the endeavor. The graphics outline the science that goes behind the operation of a weather balloon in layman’s terms, including what makes it pop and return safely back to the ground.

Once the team had finished the planning process, they set out to put the ideas into motion. The film is full of rich nighttime footage of the trio inflating the balloon, assembling the cooler and releasing it. Headlamps illuminate their work while their breath swirls visibly in the cold before they head inside to religiously track the device on their laptops.

The rest of the documentary follows the ups-and-downs of the project and highlights the team’s resiliency. Luebbe’s passion for adventure and the outdoors is clear and originated in Colorado. Luebbe grew up in Conifer — just southwest of Denver — and moved to Boulder to attend CU. “I cut my teeth on photography in the mountains outside of Boulder, and Rocky Mountain National Park really feels like where my career was born,” he said. “RMNP was a source of unending inspiration for me when I was first learning photography, and it was easy to feel motivated to get out and take photos with landscapes like those right out my back door.” Smith — originally from outside Atlanta, “moved to Colorado for the unparalleled access to the outdoors a few years ago and doesn’t ever plan on leaving,” said Luebbe.

The team ran into issues with rain and unexpected cold fronts at extremely high altitudes. Even miscalculations in their own planning process left them completely devastated at times. The stakes with this professional equipment were high. But their passion for the project prevailed as they pushed through to get the footage they’d been dreaming about. “When you’re young, people often tell you not to let your head get lost in the clouds.” These musings are voiced-over by Luebbe on the final shots of the film, as the camera rises higher and higher. “What if daydreaming about wild ideas is real life?” he asked.  “Perhaps imagining impossible feats is what we’re meant to do. And when the impossible becomes possible, now that is a life worth living.”

Both the trailer and the full film are available on YouTube, as well as more information on Luebbe’s website.