It’s almost every musician’s dream to be a trailblazer — to make their mark on the music industry. Whether it’s writing songs about concepts that no one else has thought of yet, or creating a presence that is larger than life, nearly everyone wants to be remembered for something. However, making that dream a reality isn’t always in the cards for everyone. The multi-talented musical force that is N3PTUNE knows this, and he’s working hard to make sure the legacy he leaves behind is one that changes the music industry forever.

Born and raised in Denver, under the influence of his grandmother’s church, N3PTUNE recalls his first introduction to music as gospel and blues. Though his access to other genres of music was limited by his mother and grandmother, he was allowed to listen to the radio and recalls being strongly drawn to pop music.

“I was listening to Lady Gaga so much, non-stop listening to Beyonce since I was five,” he explained. “That’s what really set the foundation for me musically — immense amounts of boundary-pushing creativity, but then also this perfectionist, almost innate understanding of what that ‘it’ factor is.” 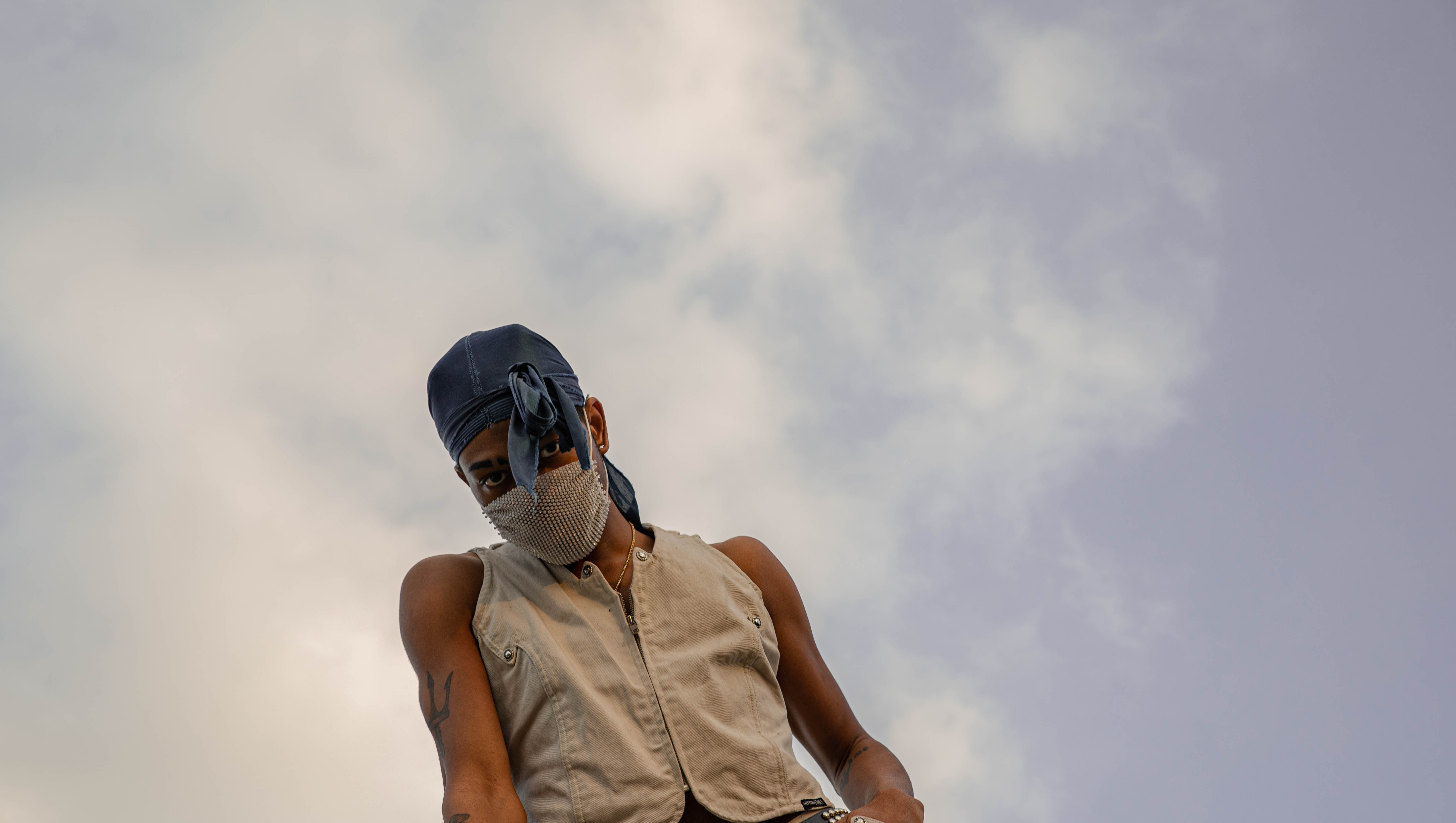 However, while N3PTUNE describes music as his day-to-day, it’s not the only artistic endeavor he’s dedicated his time to learning and perfecting. In fact, he was first attracted to acting, before he went on to find interests in writing, singing, producing, dancing, directing and modeling. In all his years in the entertainment industry, N3PTUNE has learned how to masterfully balance all of his pursuits by focusing on what he’s passionate about. Along the way, he’s discovered that making history is just what comes naturally to him.

“For my short film, ‘Life of the Party,’ I wanted to do a music video and I just wanted to do these quick cuts. But for some reason, by the time I sat and was looking at all of my footage and lined it all up, I was like, this is like an hour’s worth of footage. It had been two years, and people knew who I was, and I still hadn’t had an official visual out yet. I just sat there and I was like, why not use most of it? I was like whoa, wait, what is it that everyone else has done that makes them all the same? Artists that are coming onto the scene — what do they do? They put out a music video. Well, what has nobody done? No artist out here in Colorado history has put out a film first for their official video.”

Around the same time, N3PTUNE was really beginning to put together his visual identity, not just in his theatrical music videos, but as an individual. Fashion had always had a huge presence in his life, with his great-grandmother being a seamstress. However, he never really had the opportunity to experiment with his look until he was about 20-years-old and living on his own. Despite feeling terrified to experiment so openly with a new look, N3PTUNE set out to create a visual identity for himself, curating a closet full of platform boots and mesh crop tops, wholly inspired by New York City’s infamous club kids. While discovering this side of himself has been a freeing and defining experience, it hasn’t come without its struggles. 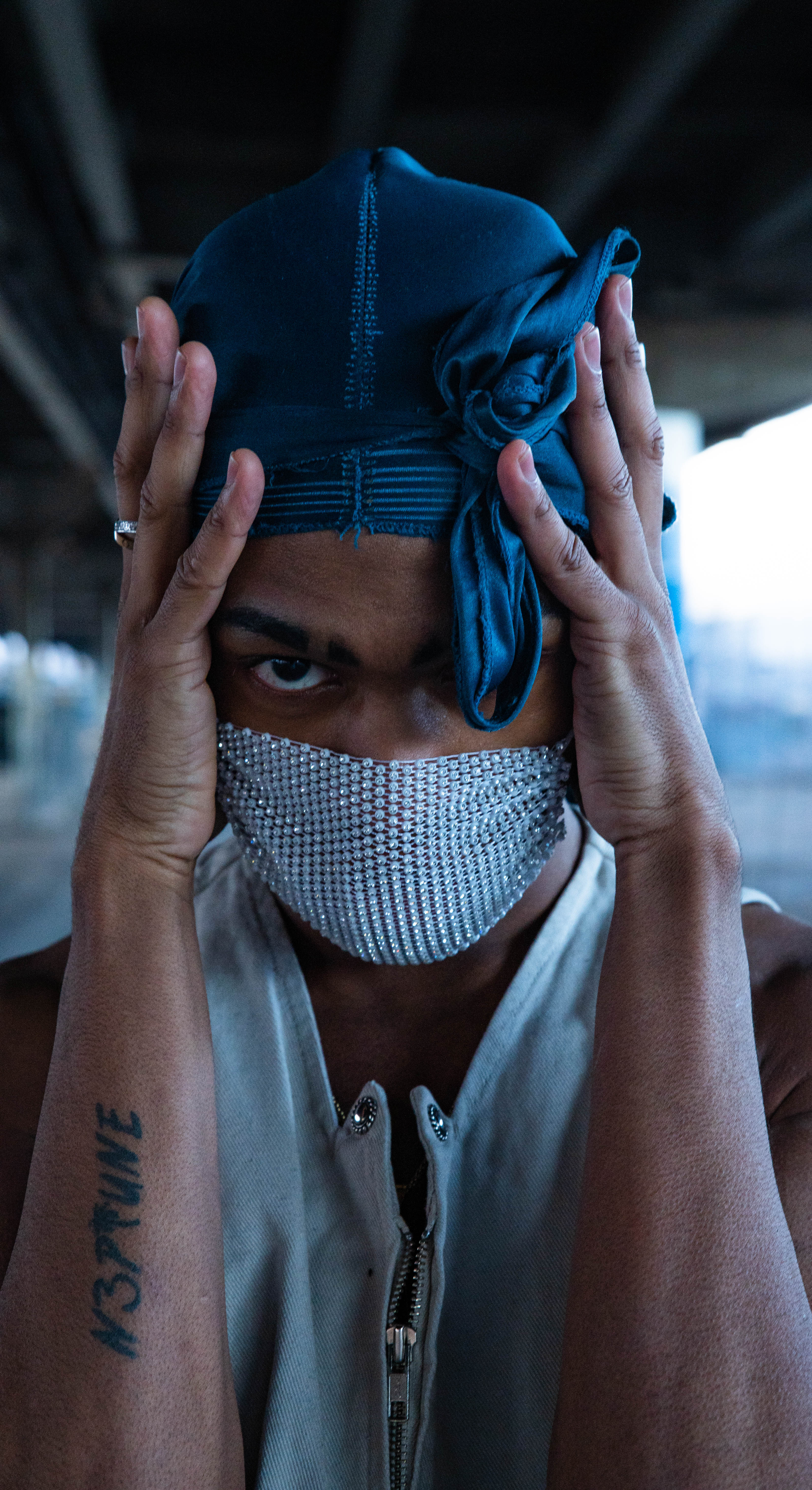 “People won’t look me in the face because of what I have on, but swear up and down that they want to put me on tours and sign me. People are threatened, not by my work ethic, but in how I work and how to the point I am — because of the combination of masculine and feminine, my androgyny, and because I also know how to be masculine. Y’all are focused on being number one all the time — I’m focused on just leaving a legacy behind. Challenging a male-dominated industry by being a man who wears boots higher than the girls that they’re with makes them nervous. I’ve had to create my own table, my own opportunities.”

N3PTUNE’s recent single, “Pharaoh,” speaks to this journey of self-discovery while also recalling the racial unrest of this past summer. Described as his equivalent of Beyonce’s “Formation,” N3PTUNE drew on the intensity and power of the Denver protests and the nationwide movement to create the song. He was originally inspired by the slang usage of the word “king.” “Everyone in the streets started saying, ‘King, what’s up king,’ and when I think of a king, I think of a white man with leopard trim on a cape,” he recalled. “No, if you’re gonna call me a king, you’re gonna call me a pharaoh because that’s who I know who looked like me.”

The song gradually took shape over the course of months as an open and fierce celebration of Blackness, with verses dedicated not just to the male pharaohs, but the queens and goddesses of the world as well. Upon the completion of the song, N3PTUNE performed it live at multiple events but ultimately decided to wait to officially release it.

“We got to December and everybody forgot about what happened this summer — what’s happened for the past five years — because since they gave us football and basketball and award shows back, everybody’s back to being hypnotized. What I noticed was that people were getting very performative and seizing the opportunity, capitalizing on the moment. I was appreciative that I didn’t put the song out as soon as I wanted to, because it forced me to be patient, and to say, ‘Are you still passionate about this? Do you still care about black issues? If you have to mess up your Instagram feed again, are you gonna do it?’” 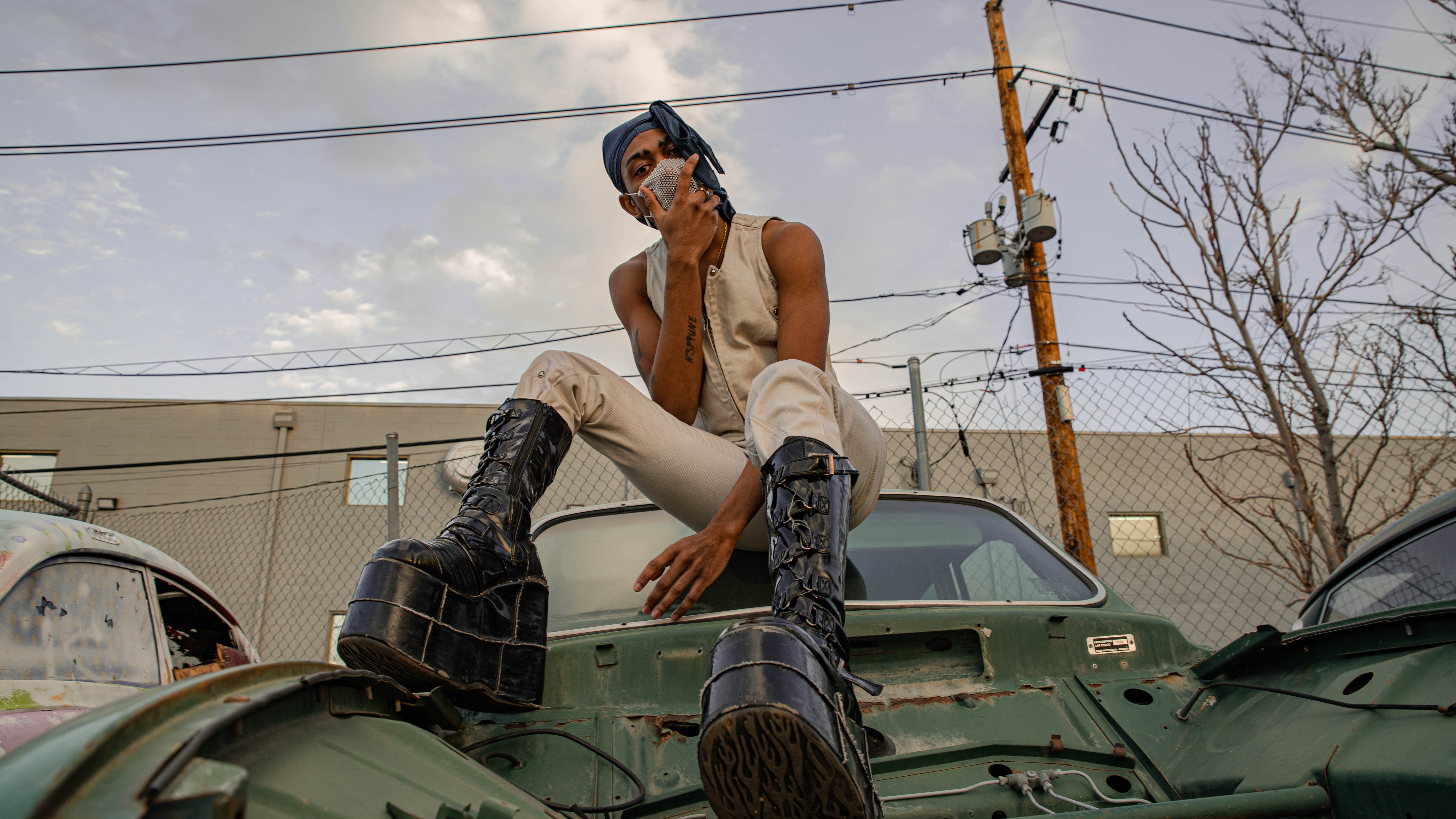 With “Pharaoh” as the springboard that launched N3PTUNE into 2021, it’s no surprise that he says to expect only bigger things on the horizon this year. As the world continues to open up, there will be more shows, more visuals, and more bar-setting work. “I’m not every other artist that’s out here and I am going to take full advantage of that,” he said. “I have no limits and nothing is stopping me.”

Just as confident as his music, when N3PTUNE looks at his music career and the legacy he wants to leave behind, he has less of an attitude of hope than he does an attitude of certainty. Ultimately, he plans to change the future of music by breaking records and making history, and if this is where he begins, it’s not hard to believe those things will happen. For N3PTUNE, it’s not up to chance. Whatever happens, he’ll make it happen.