Jordan “Jody” Davis has been laying out his music career like a game of dominoes his entire life. Long before his professional career as a rapper, he was cutting up the studio with his aunt and uncle, demanding an opportunity on the mic. Although, his family was critical of his writing skills at seven years old. “It was the worst thing you have ever heard,” explains Davis. “My aunt told me, go ahead and keep working on it, but we are going to write your verse this time. It hurt, but I am grateful for it because it put me in the mindset of, I am going to write so that nobody could ever out-write me.” Today, Davis goes by At’Eaze, and he is receiving praise for that mindset these days. Davis recently released Bones, a triumph of years worth of skill coming together at a time when an uplifting, inspirational message is needed more than ever. 2020 has been damaging for us all, and the gift of spectacular local music is healing.

The album kicks off with a strong cultural reference in “Pieces”  — an opening skit that flows into a nostalgic, familiar instrumental under masterful lyrics. “Pieces” eludes to the theme of the album, challenging the listener to analyze the substance right away. “The overall message behind Bones is to create a domino effect behind what I am doing,” says Davis. “You have the dominos toppling each other on the cover art, and dominoes are a staple as far as games in the Black community.” 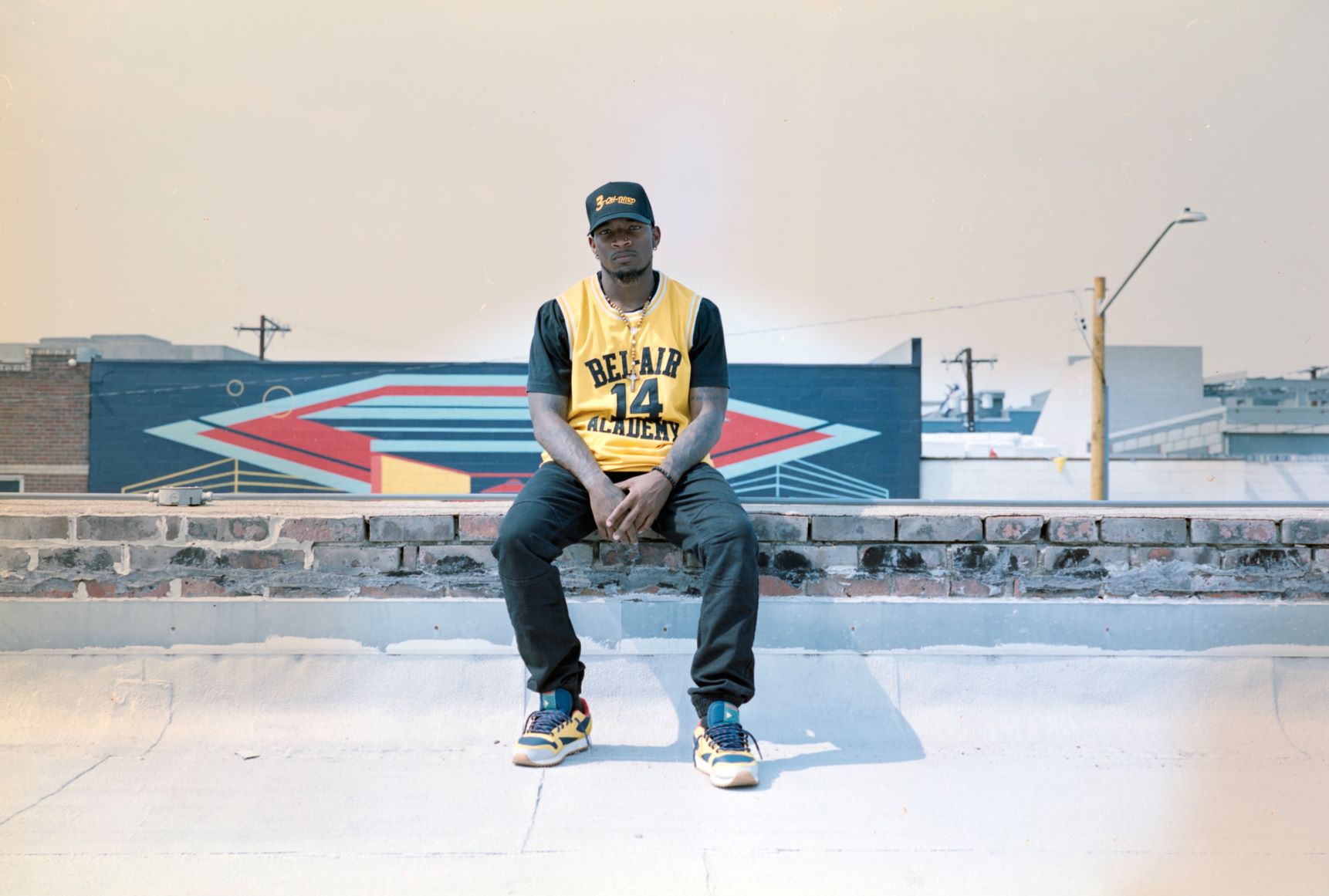 While Davis is as talented as any MC, there are many reasons he stands out. One way is his choice of lexicon — he refuses to curse. “The original reason was to challenge myself with my vocabulary,” the lyricist expands. “I feel like if I can rap a whole verse, song, project, or catalog with no cussing whatsoever, I just feel like for me personally, that puts me ahead of a lot of artists. I feel like that puts me a step ahead as far as my vocabulary.” Additionally, Davis sees his music in the ears of fans of all ages.

Within the diverse tracklist of Bones, it can be difficult to focus on a single favorite. From the in your face beat on “I Love It,” to the soulful harmonies of “Brown Sugar Bomb,” to the dark authenticity on “Phase One,” this project truly has something for everyone. “I have been calling it the Album of the Year,” confirms Davis. “I don’t think there are two of the same song on there. There is something in there for everyone and It’s hard to do — I have something special.”

Bones is not At’Eaze’s first album, and it is sure to not be his last. The advanced capabilities showcased on his projects inspire visions of a fruitful future, and his ambition is sure to keep him at the forefront of our local music scene.