Local Listen – Nate Todd and a Timeless Record for Revolution

The newest full-length album by Nate Todd, released on October 30, is a time capsule discovered and opened to explore the decades of his life. Revolutionary Loser is a timeless work of bittersweet nostalgia, focusing primarily on Todd’s efforts as an activist over the last 20-some years. It’s a highly personal piece of work, which Todd described as “a recap of my life up until this point.” What originally started as a four-song EP blossomed into a full-length album that is both relevant and topical, categorizing Revolutionary Loser as not just art, but history. 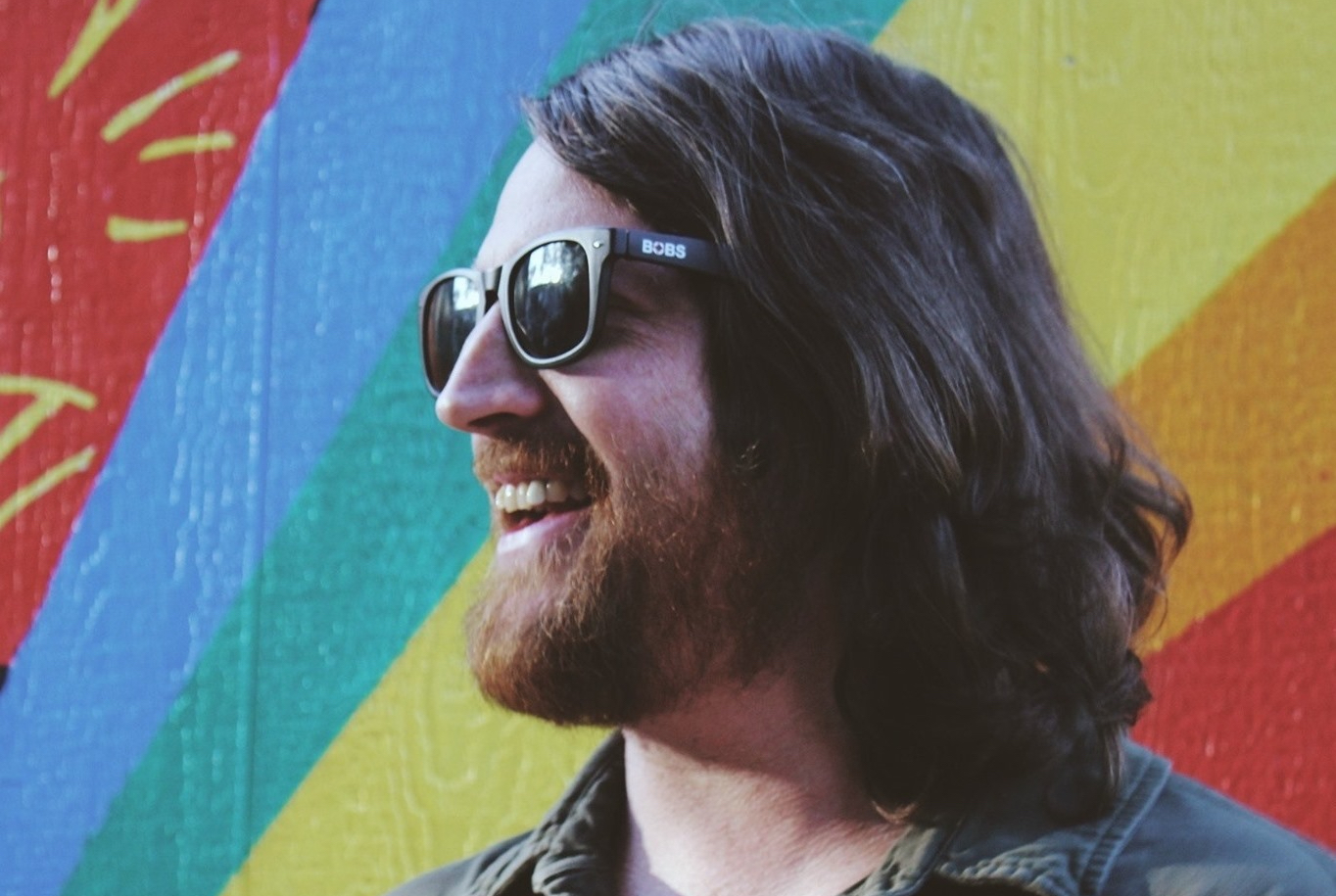 What was initially going to be the second of a series of themed EPs — the first being each song on Todd’s Sky Cloud Machine being written on an airplane — turned out to be nine songs long, but the theme idea stuck. Revolutionary Loser is essentially an album of protest songs, which seem all too natural given Todd’s extensive background with activism. Todd’s parents were part of the White Train Vigils in Nebraska, an activist group who’d hold vigils at train depots in protest of the by-train transport of nuclear arms during the Cold War.

“In Nebraska, there was a picture in the newspaper of my dad, and my mom, who’s holding me as a baby.” Growing up, Todd learned hard lessons from his parents — “If something is wrong, stand up. Say something about it. That photo was always a visual reminder to do the right thing.”

Growing up in Amarillo, Texas, Todd participated in a radical discussion group and staged walkouts with his peers. Fast forward to 2002, Todd was living in Austin — “the Iraq War was ramping up and they were making the case for it, and I was in the protest against the war there.” By 2008 Todd was involved in activism in Denver, and that activism is no more prevalent than it is now. “Now, with the Black Lives Matter Movement and just all of Trump’s policies we are basically protesting.”

Activism isn’t the only thing that was passed down from his parents. Todd’s dad and uncle were a guitarist and a drummer, respectively, and taught him the trade as a kid. “I grew up in a rock ‘n’ roll band — I was going to gigs while they were in the band, up until I was like ten years old.” The masterful result of these two major influences growing up is Revolutionary Loser. As simply put by Todd, “music has always been a big part of protests.”

The songs on Revolutionary Loser span decades of Todd’s life. “Nothing At All” was written during the Iraq War, but its opening lyric — “The lights of the liquor store were flashin’, liberty a passin’ fashion for us all.” — speaks as true today as it did back then. “How did we get here? How did we get to this point? That was 2003, but to this day I walk around thinking that.” “Realize,” on the other hand, was written back in March as the country and the world was going into lockdown. Throughout the spring, the song was a work in progress. Then, “when George Floyd was murdered, that sparked the largest Civil Rights Movement in history, all over the world, and I finished the song and started recording it.” Once recorded, the quarantine-style music video came to fruition, consisting of Todd playing a multitude of instruments, and including footage of some of the marches shortly after Floyd’s death.

Though it’s definitely a solo album, Todd did have a little help from some friends and fellow musicians. Erik Hill wrote the music on “Revolutionary Loser” and played guitar on “Too Much,” “Isosceles” and “Beautiful Distraction.” Flash Mountain Flood’s Logan Green played guitar on “On the Cliffs Above the Sea,” and Tessema Degen Tessema played on “Nothing At All” and the album’s final track, “What Can I Do?” Todd’s virtuosity is only further boosted from the support of his musical peers — the album is nothing short of a symphonic revelation. Revolutionary Loser offers a graceful middle finger to the man and provides a hauntingly beautiful soundtrack to the cycles of civil unrest, remaining smart and timeless from then, until now, and beyond.