All photography courtesy of Shelby Perez

In spite of the unique circumstances brought on by the COVID-19 pandemic, Denver creatives Amy Lisojo and Olive Moya recently collaborated to create a unique collection of eight pieces. Lisojo, originally from New York City, was a student-athlete and graduated with a degree in Business. Moya, originally from Southern California, studied Fine Art before she eventually switched to Illustration. Before Moya moved to Denver, her focus was on painting murals. She hoped to combine her styles of photography, conceptual work, typography and illustration to achieve her goals. However, it wasn’t until she moved to the Mile High City she had the opportunity to bring this vision come to life.

Moya and Lisojo found the inspiration to break into the art and design industries back in their late teens and early 20’s. From there, they threw everything they had into turning their dreams into reality.

“I didn’t know art was a legitimate career choice until my mom brought it up to me one day in high school. We drove to L.A. to visit Otis, and that was pretty much it. From there, I dropped all my advanced classes that I was taking to get into a university in California. I then spent my time creating a portfolio to get into art school,” said Moya.

“After college, I went to work at the New York Mercantile Exchange. I found myself creating in-house advertising, graphics and apparel design for the Corporate Communications Department. This led me to graphic design courses at the School Of Visual Arts in Manhattan,” explained Lisojo.

The recent collaboration between both of these local visionaries was inspired by the Art X portion of Denver Fashion Week. Moya and Lisjo were introduced to each other through Jennifer Tom at 303 Magazine. Lisojo received an invitation to participate in this segment of DFW and was thrilled to work with Moya after seeing her work.

“I received an email asking if I’d be interested in working on a collection for the Art X portion of Denver Fashion Week. I was a bit stressed at the time, but remember looking at Amy’s work and decided it was too amazing to pass up,” stated Moya.

Working together and coming up with a vision for this collection was based on a mutual connection – Lisojo had moved to Denver from the East Coast and Moya had moved from the West Coast. They brought together both their experiences and conceptions from both these areas to bring about their visions.

However, when the pandemic hit, plans became uncertain — especially those concerning Denver Fashion Week. Throughout this, Lisojo maintained her inspiration to continue to create and show her work. “Amy began making masks. We didn’t know where the work would land, but the beginnings of the blue suit hung in Amy’s studio. Amy expressed to me she had to finish the pieces because once she started her work began to come alive,” stated Moya.

Much like the experience Lisojo was living through, Moya could relate in many ways. She felt as though now, more than ever, people needed a source of inspiration and art could be that outlet. 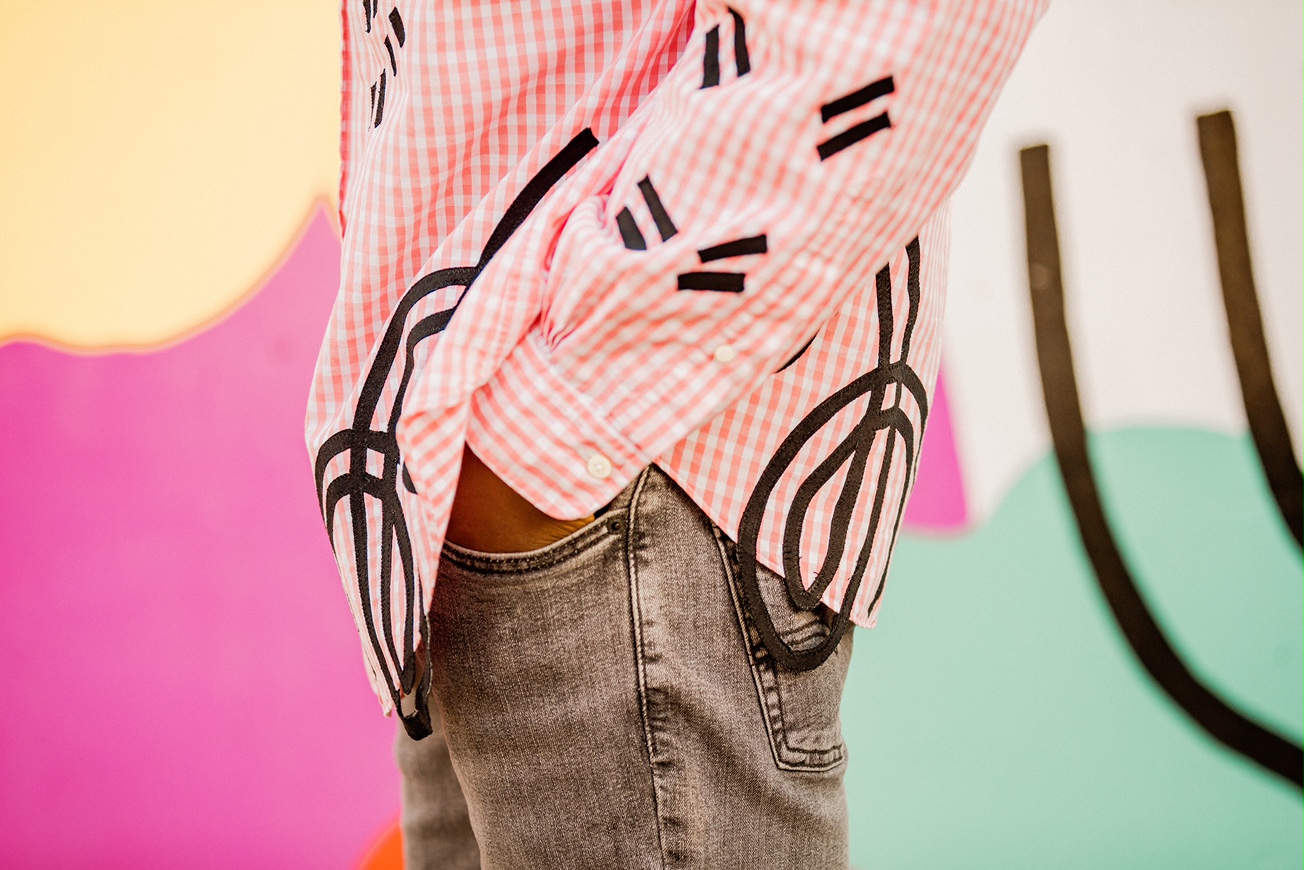 When Denver Fashion Week was later canceled, the inspiration for this collection brought a whole new meaning for Lisojo. “Masks became a regular wearing for everyone in the studio — and the start of the project made Lisojo want to complete it even more,” said Moya.

“In the studio hung the suit Moya and I started. I didn’t want to make masks — I wanted to bring this collection to life. Olive’s art was magic for me. It kept me in a positive, bright mental and spiritual space. As I executed each piece it just came alive and I wanted to share that with everyone,” explained Lisojo.

Many components require attention from start to finish in a collection. A combination of photography, design, a vision and more calls to action for each piece involved. Lisojo photographed all the pieces and set in place a vision for the collection. Moya, moreover, created multiple designs — but was unsure how they would translate from start to finish. However, the results proved to be amazing when Lisojo showed her how they manifested. “She used some new methods for the first time, like a projector. In addition, she pinned multiple yards of fabric to the wall and projected my design onto it so she could cut one long strip. She wanted the “noodle” on the blue suit to be continuous — mimicking how I would paint it,” stated Moya.

Working with an incredible group of talented and motivated individuals was rewarding for both Moya and Lisojo. Models, photographers and videographers showed up on time and full of enthusiasm to complete the task at hand. The sense of community and commitment from the people around them both proved to be an all-around beneficial experience.

The future can be an unpredictable thing to think about. But both of these creatives aspire to continue producing. “I certainly didn’t see myself where I am today 10 years ago. I feel like the most exciting thing that could happen in 10 years is something I don’t anticipate. Obviously, I always want to keep making work. If I can still be doing that in whatever aspect that’s relevant to me at the time, I’ll be happy,” explained Moya.

“No doubt creating and sharing. Hopefully with the financial freedom to create what I want, when I want — with no sacrifices,” Lisojo predicted for her future. 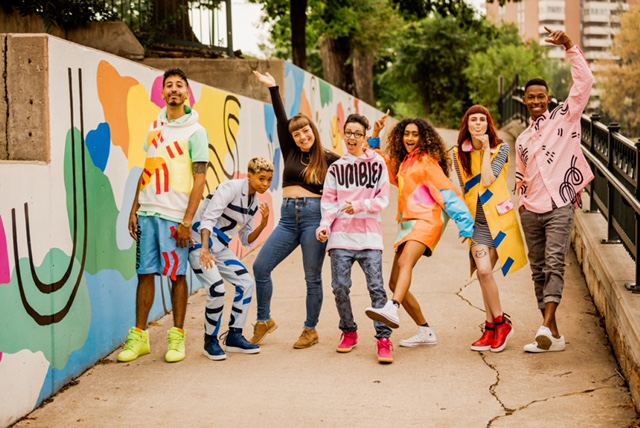 All photography courtesy of Shelby Perez