Linji Market Serves Up Thai Street Food of its Own Design

There’s no right way to arrive at great food. Experience in kitchens helps — as does culinary school or other training. For Rasami Storm, the decision to introduce the city to her distinct brand of Thai-influenced delicacies came from boredom. “It’s because I had absolutely nothing else to do,” she laughed.

After a short chat with Rasami, it’ll become apparent she spent time pursuing stand-up comedy. Discussions of her various “ballz” will inevitably arrive with a wink and a grin. “I’m gonna be the one to make your food and you’re gonna have to talk to me,” she snickered. But the food at her roaming convenience store and restaurant Linji Market is anything but a joke. 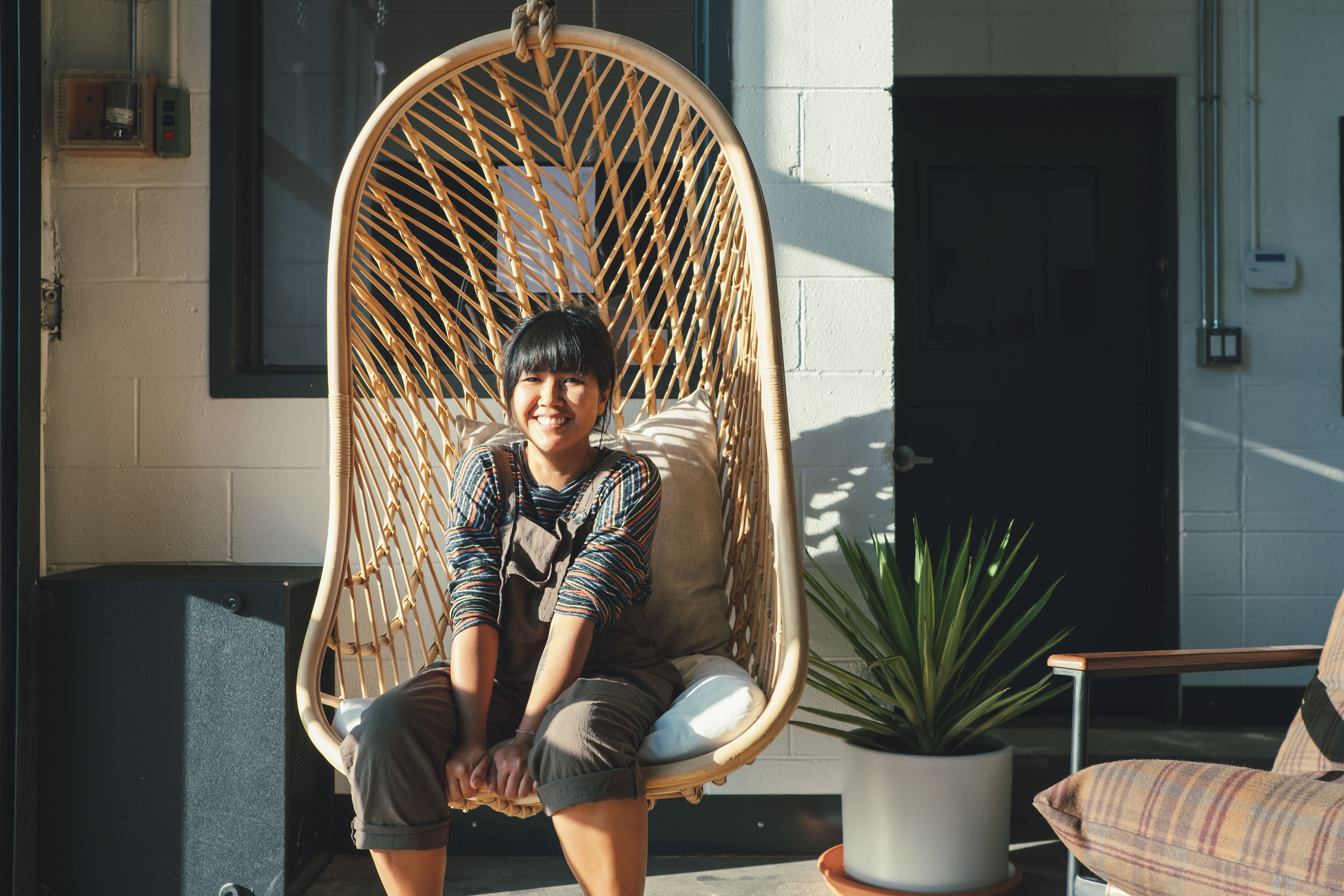 Rasami was born in Krung Thep (anglicized as Bangkok), where her earliest exposure to cooking came from her relatives. “My whole family was in cooking,” she said. Her grandmother ran a Khao Rat Gaeng — one of the many food stalls synonymous with the nation’s capital — and her mother was a chef, who later did long stints at both the Denver and the Cheyenne Country Club. “I was made to cook when I was younger and I hated that,” said Rasami, noting a few failed attempts to get out of the task through keenly sabotaged rice. Though times have changed, Linji Market is named after Nang Linji Road, the street where her grandmother set up shop.

Part of Rasami’s childhood was spent in Italy where she says she learned to make wine in the second grade. She returned to Thailand, then in 1999, she and her mother relocated from Krung Thep to Cheyenne, Wyoming — the not-so-subtle differences revealing themselves rather quickly. “A friend of mine asked me to get an autograph from Will Smith if I ran into him on the street,” she giggled. Since moving to Denver she graduated with a degree in digital design from the University of Colorado Denver and has worked in food styling — prepping sets for clients including Natural Grocers and Fact and Fiction in Boulder.

Recent inspiration has continued to come from kin. Her brother-in-law Ravi Kapur owns the Liholiho Yacht Club — a famous San Francisco haunt known for its innovative Hawaiian cuisine. “The restaurant has been really important in influencing my food creation,” she said. Locally, her husband Nathan Storm — a video game designer with Dire Wolf Digital — can often be found assisting on-site during his off-hours and deliberately extended lunches. “I think the happiest is see her is when she’s cooking meals for friends, I think this is an extension of that,” said Nathan.

While there are recognizable elements at Linji, the food is highly individualized and whimsical. “You’re not going to find Pad Thai here,” said Rasami. “Food needs to be your own story. This is the flavor of the places I’ve been to,” she continued. This might be Linji’s strongest feature, the inarguable singularity of the dishes and their clear communication of a story that eludes convention.

Linji features both packaged home goods and a growing list of hot and cold plates. The namprik pao ($5) — a chili paste with palm sugar, salt, shallot, garlic, chili and tamarind — and chili oil ($5) are both available in two-ounce containers. Multiples are recommended, as both lean strongly towards the addictive. The hand-pulled noodles ($8) come slathered in grilled portabella and eggplant sauce and chili oil and are only available directly from the FORGE commissary. The grilled chicken and chive ballz come three to a stick and have recently been showing up with shrimp as the base. The shrimp musubi ($5) comes with “shpam,” a creation inspired by Liholiho that is as amusing to say as it is to eat.

While there are certainly no blueprints for success in the current landscape, Rasami may have stumbled upon a vision of the future. With the world in constant fluctuation, there may be no better plan than to simply be yourself. Still a work in progress, Rasami is hoping to be able to ship nationally by the holidays, with plans to get products on store shelves whenever the setting is viable. Recently, plans to open a brick and mortar location was added for a spot in Cherokee Row (321 West 11th Avenue). While FORGE is still slated to remain in the picture for future events and food prep, Rasami is hoping to have the space operational in early November. “I’m using the ingredients here, this is Denver Street Food. I have been in Denver forever, and this is me.”

Linji Market sells directly from the commissary kitchen at FORGE at 970 Yuma St., Denver, as well as markets and events across the city. A calendar of where to find Linji can be located here.