All photography provided by Hayden Cleverly

Hayden Cleverly didn’t always believe she would pursue a career in fashion. But when her love for thrifting and being creative intertwined with her interest in politics, the creation of a fashion-based brand didn’t seem so far-fetched. Through her experiences as a political science major, interning in Governor Hickenlooper’s office and working as an Executive Assistant to the governor’s Senior  Advisor, Jamie Van Leeuwen, Cleverly gained years of experience in politics. This drove her to her newest venture, Democra-Street Wear (DEMSW), a street style clothing line developed to increase voting awareness, social accountability and “make voting sexy.”

“DEMSW is a lifestyle brand promoting voting and civic engagement and mobilizing people to help create a new normal — emphasis on creativity,” said Cleverly. Offering a new entry point and opportunities for engagement that are more accessible and inclusive was Cleverly’s primary goal when developing the brand. “Positive social impact shouldn’t be a trade-off between passion and purpose. We want to help build a community and open conversations that create connections and opportunities for collaboration in meaningful ways,” she said. 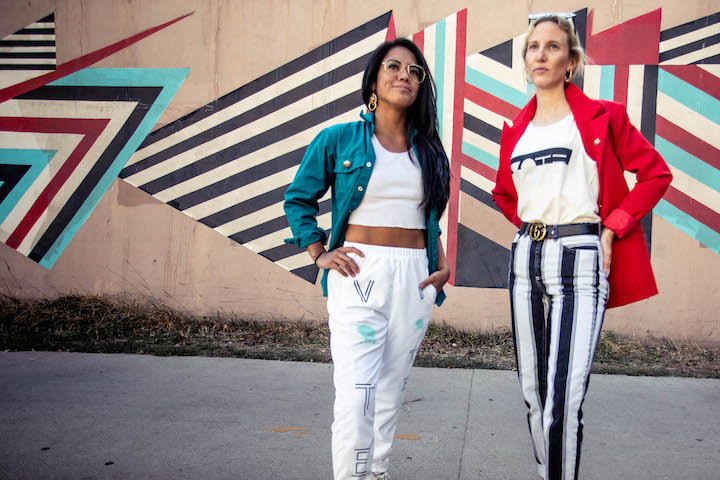 “I actually used to be kind of deterred from politics — by corruption, lack of accurate representation, and way too square and serious. I thought I would have to give up the goofy, creative side of myself in order to fit in in the political sphere. It wasn’t until my senior year [of college] when I took a class on the congressional process that I realized the creativity and strategy required in the legislative process and it appeared more to me. So I left college with the notion that I wanted to ‘make congressional elections sexy again,’ which obviously begs the question ‘were they ever sexy?’ Probably not,” Cleverly said.

Her creativity is apparent throughout many aspects of her new clothing line but especially when elaborating on why she wishes to “make voting sexy.” This slogan serves as part of a “rebrand” she wishes to implement around accessibility with voting — creating a line with items that people would wear on a regular basis, not just on voting days, to normalize voting every election — not just during presidential elections. “We are working to promote a culture that embraces civic engagement and civil discourse, using brand and advertising strategies typically used in the private sector that aren’t fully embraced in the public sector or political sphere,” she said.

The items in the line represent a lot of Cleverly’s own style in that it shifts and changes. The products were created to be versatile and gender-neutral, while their product shoots are designed to demonstrate different ways the apparel can be worn. Cleverly said she hopes to appeal to a broader audience by doing this in addition to collaborating with different artists in the future. 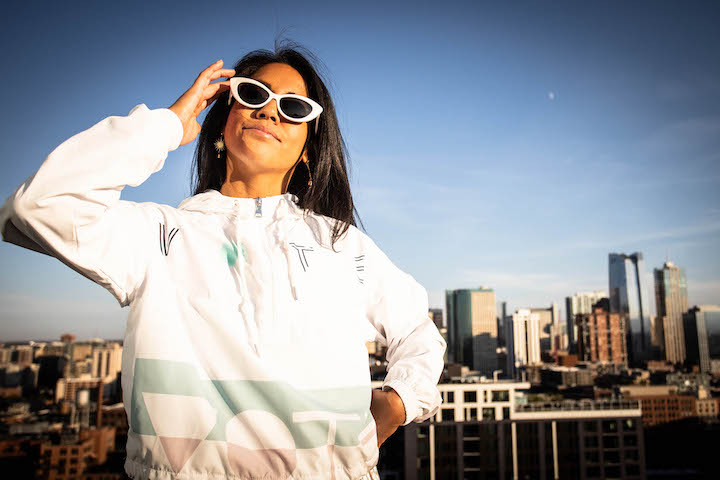 Continuing to work with Van Leeuwen — after the administration ended — doing social impact consulting and serving on Hickenlooper’s presidential campaign, Cleverly later landed a job at SXSW and moved to Austin. While living there she, “felt a nagging about being involved in work directly focused on the election.” This eventually led her to return to Colorado with a desire to do work that was voter-centric. Passion met purpose at the intersection of arts, science, technology, and social impact —according to Cleverly — which has made choosing one path difficult at times but also allows her to explore and find connections, making it easy for her to see opportunities for collaboration and innovation. She said, “I think we also need to recognize the broader conversation about fashion, branding and aesthetics in politics. As much as we can try to combat it, the human brain reacts to appearance — we can work to shape how that reaction dictates our judgments and opinions, but a lot of it is implicit, happening at the subconscious level.”

She noted that while appearance and fashion in politics might seem superficial, it can have a major impact — when interviewers consciously or subconsciously take a candidate’s attire into account, when people have to purchase new clothes to adhere to dress code, when offices share professional hairstyles that are all white women, the list goes on. “No one should have to wear a pantsuit to be taken seriously. People shouldn’t be rejected from a job because they don’t have clothes that fit the expectations of the employers, women shouldn’t have to spend twice as long as men getting ready in the morning,” she continued 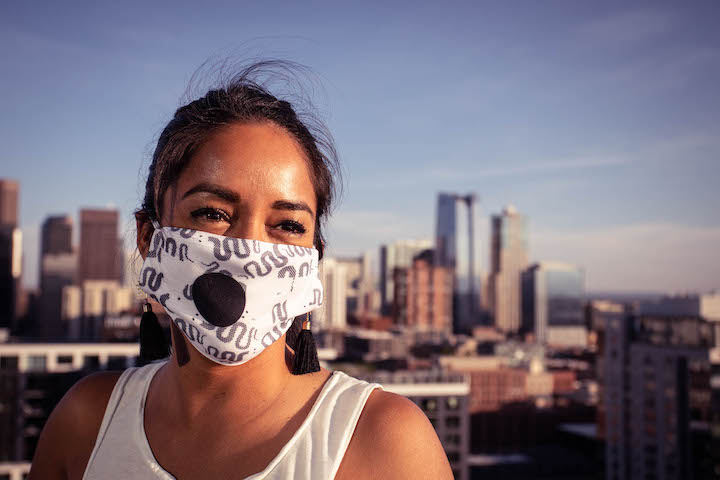 There were many reasons why Cleverly saw opportunities in her approach to combine two seemingly opposing industries. First, she mentioned that the “branding” of politics and several civic organizations is quite dated and deterrent. “This is why I did a lot of research into color psychology when developing the branding and intentionally selected colors with lighter hues, softer pastels,” she explained. “The deep social and emotional associations with the typical red-blue color schemes can reinforce ideas about politics on the subconscious level and prevent people from engaging/ It reinforces notions that contribute to inaccessibility and exclusivity — also perpetuating inequalities, lack of diversity, representation, etc.”

Second, Cleverly wanted to develop a company and website to help educate, inform and engage young voters in State and local elections and beyond. The goal for the website was to be interactive, aesthetically appealing and rooted in user experience — making it easier to navigate and help direct people to resources and opportunities to engage. Part of the brand and marketing strategy, as well as a revenue stream, was going to be cool merchandise and apparel that people would want to wear on a daily basis. 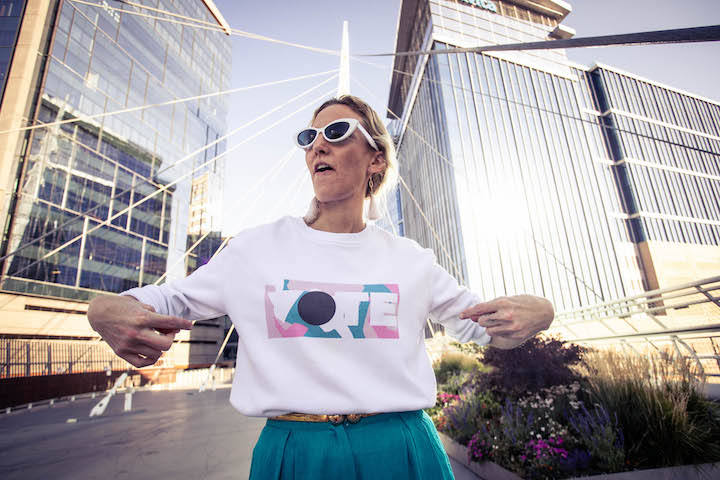 Engaging and educating others on voting was just one reason why Cleverly chose this business move. She also remembers watching the 2016 election in a Burlington bar. “Feeling my heart sink as state after state turned red,” she recalled. “And hearing friends who said ‘I didn’t want to vote for Hilary so I didn’t vote,’ or, ‘so I wrote Harambe.’ I actually ended up leaving before all states had been called and went to bed hoping I would wake up to a miracle. But I didn’t.”

“This is a critical election for so many reasons,” Cleverly said. “I don’t want to wake up on November 4, 2020, feeling the same way I did in 2016. And so many of the complaints and frustrations that I hear about our political systems and institutions are, in part, due to lack of participation and engagement.” Not only is it a critical time to mobilize, but it is also an opportune time, according to Cleverly.

While Cleverly’s new business aims to build communities and conversations, it also works to give back to others. Democra- Street Wear selected two organizations to support with part of the proceeds from apparel: The Collective PAC and Higher Heights for America, the latter supports Black women running for office. According to Cleverly, “this helps to address the deep flaws in the structural integrity of our democracy — systemic racism and legacy of white supremacy that plagues our systems and institutions, we need more people of color in positions of political power. We need people in office that represent the population and have the political power to push systemic reform.” 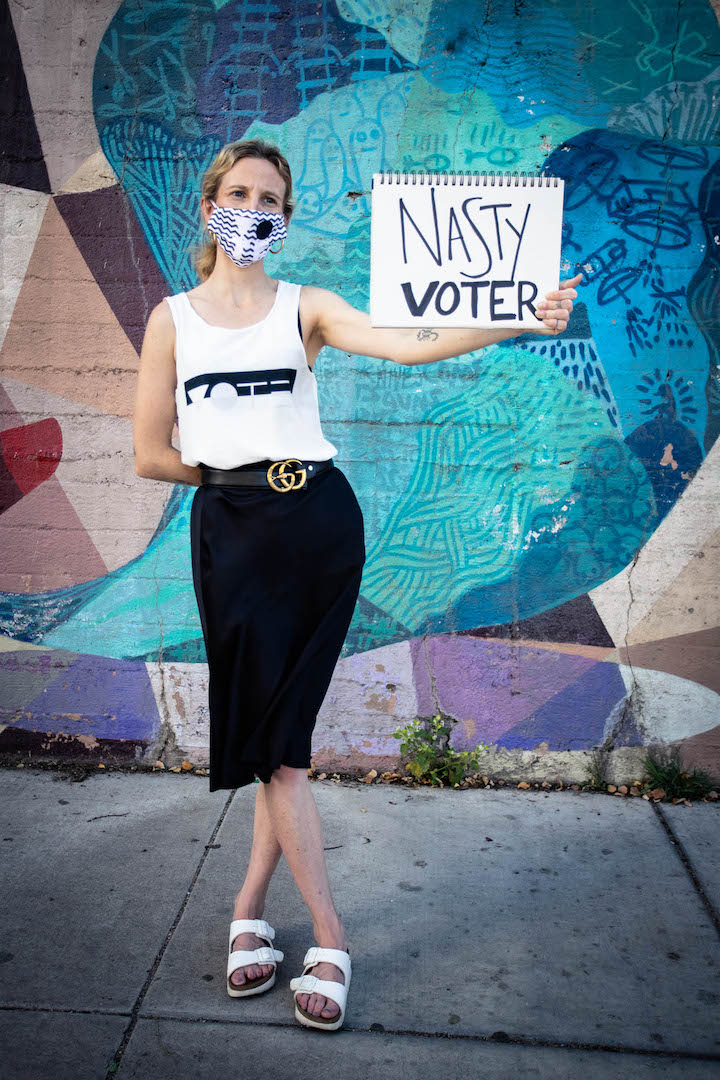 Showcasing her experience in politics, Cleverly reflected on what she has seen from Denver locals. “From my perspective, I think Denver has a healthy political scene and folks are pretty engaged — but I also developed my network while working in that sphere so that may be skewed,” she said. Cleverly noted that she feels Denver can lean more into local elections, off-year elections, come together to promote consistent engagement, and participating early in elections. She said, “If we don’t caucus or help candidates make the ballot, even if people do vote in the primaries, by that point so many decisions have already been made for you.”

Passing along what she has learned throughout her time in both politics and fashion Cleverly stated, “Compromise isn’t a dirty word. Compromise is still progress, but gridlock is what holds everyone back. Civil Discourse is essential, we cannot allow disagreement to become disengagement.” She also acknowledged that in fashion, business-wise, she still has much to learn, especially as she realizes just how much goes into conveying a “lifestyle” along with a brand. 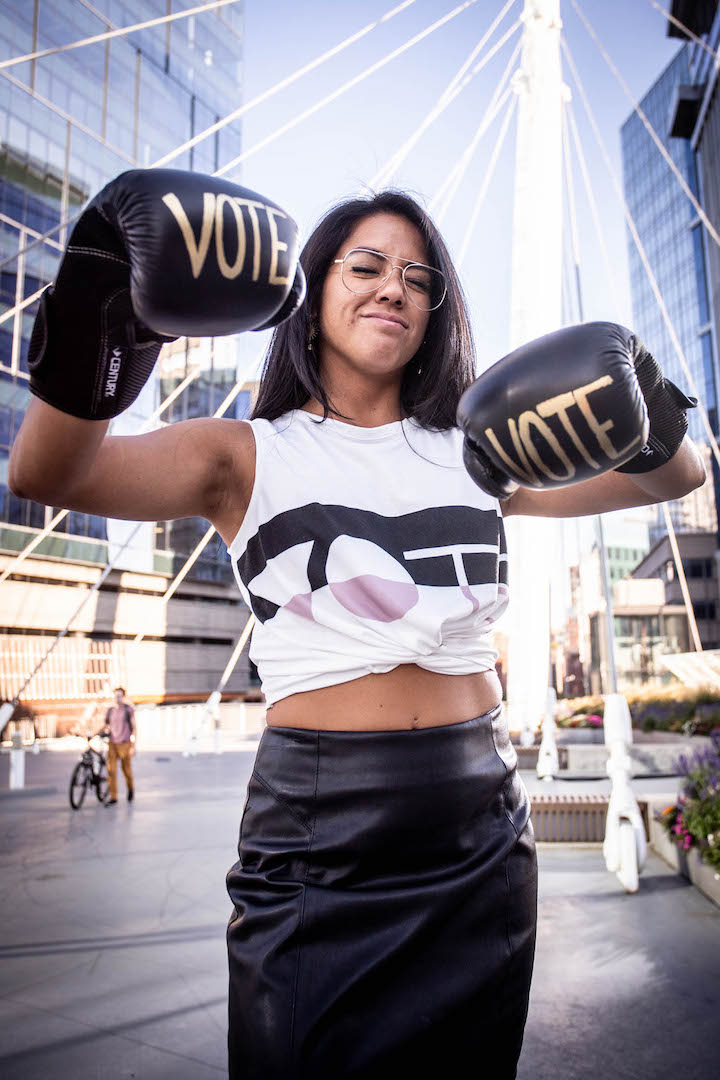 All photography provided by Hayden Cleverly.