All photography courtesy of

On Friday, July 24 Slater’s 50/50 opened in The Hub. The burger bar — known for its half ground bacon, half ground beef patties — originally opened in Anaheim Hills in 2009. Founder Scott Slater has since expanded the concept across Southern California, with additional locations popping up in Hawaii, Texas, Nevada and now Colorado. Franchised by Charles Murray — the former CEO of Capital Markets at Denver’s own Black Creek Capital — Slater’s Denver is serving a range of starters, salads, flatbreads and loaded tots with an extensive menu of burgers and utterly lavish, thoroughly ornamented milkshakes.

After wrapping up a 30-year career in investment in the summer of 2018, Murray made the very reasonable decision to open a restaurant in what appeared to be the epicenter of a neighborhood set to bustle. “I had the proverbial moment of what I wanted to do when I grew up,” laughed Murray. Having first stumbled into a Slater’s in 2010, Murray was an instant fan, returning each time he traveled to California. With plans of providing great burgers to Mission Ballroom attendees, throngs of office employees and a growing number of residents, the concept appeared foolproof. Despite a planned opening in early May being thwarted by COVID, the restaurant is now utilizing the large space and limited patio to safely-distanced effect. With the tides of foot traffic irrevocably altered, The Hub no longer feels like the center. Even so, Slater’s is worth the trek. 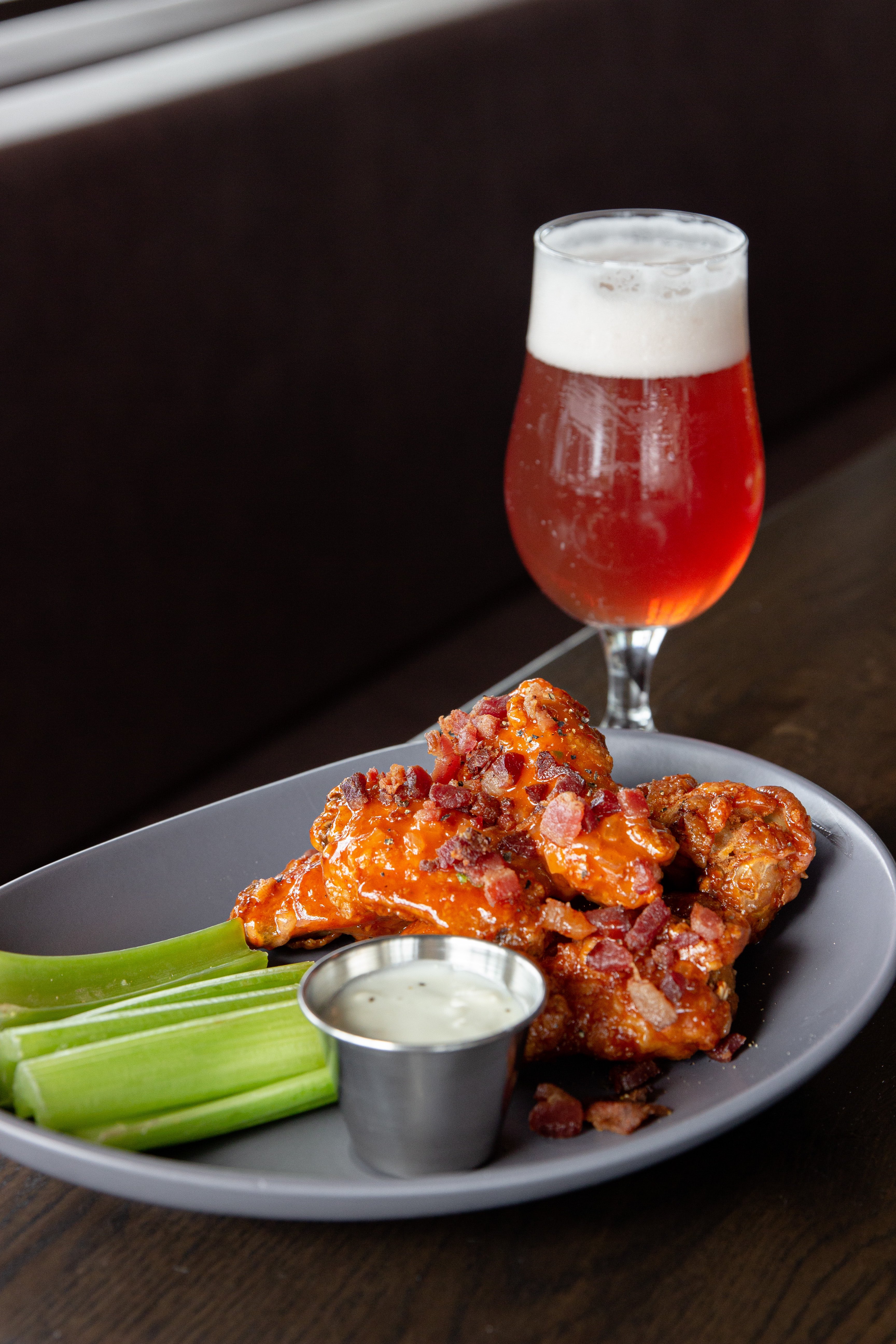 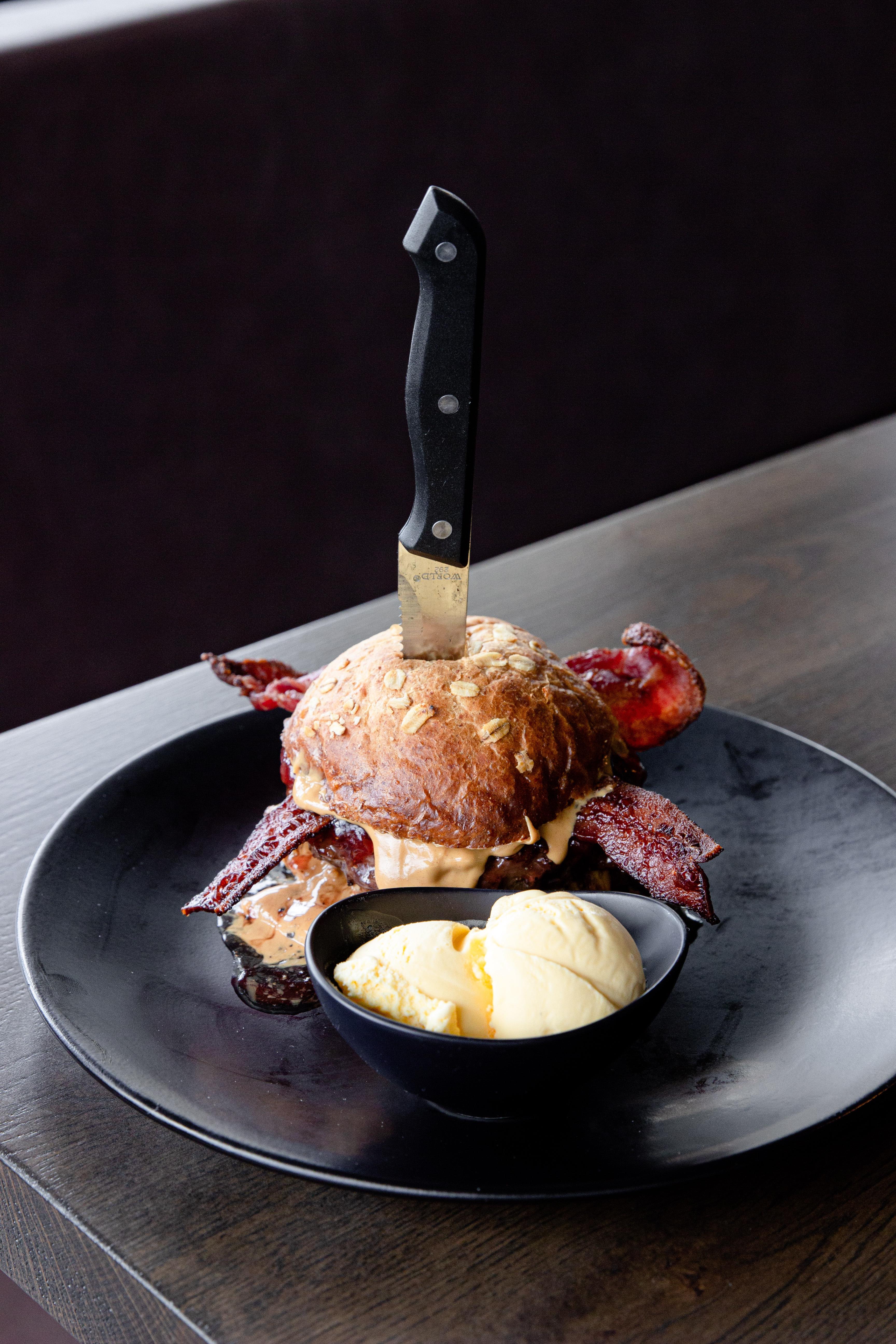 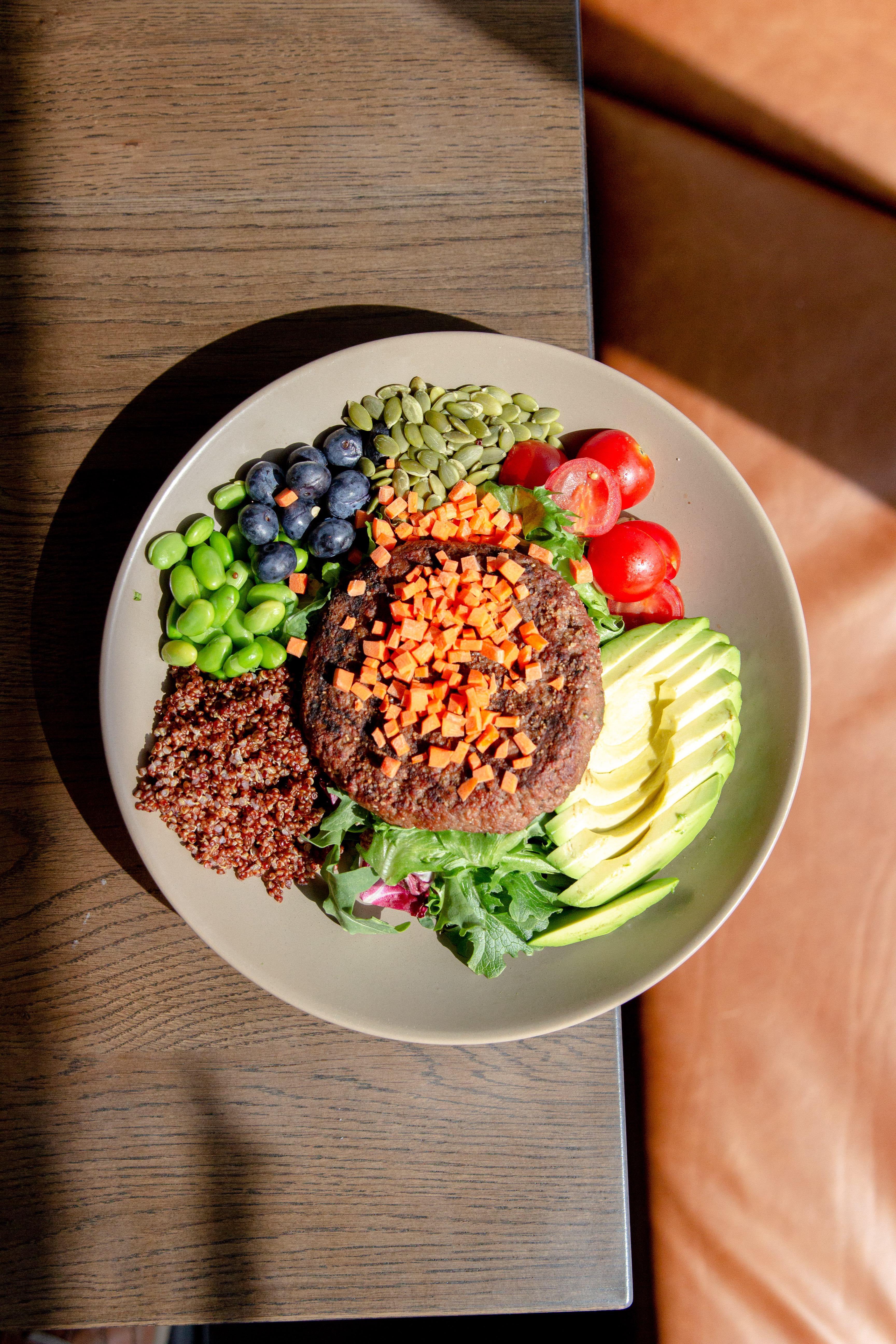 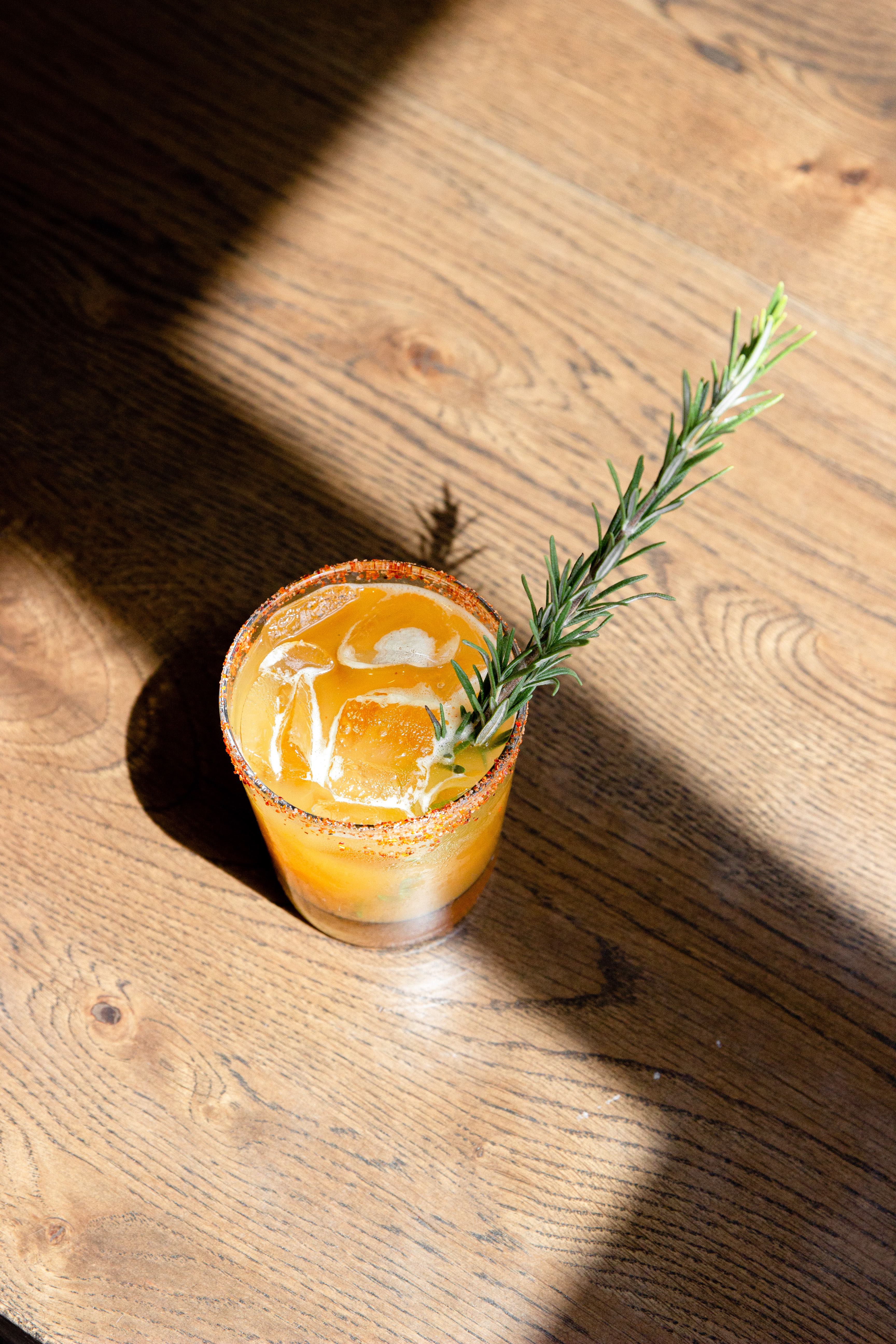 Most of the menu is decidedly heavy. While the excess never reaches gimmick proportions of somewhere like Fat Shack, Slater’s certainly never shied away from the decadent. The Vampire Dip ($13) combines roasted garlic and artichoke hearts with creamy melted cheese and is served in a sourdough bread bowl with house-made pita crisps and veggies. Even as the dip isn’t as overwhelmingly garlicky as the name might suggest, the dish is a strong way to start the meal. The Sriracha 50/50 Burger ($15) sees a sriracha-spiced 50/50 patty topped with sriracha bacon, pepper jack, sriracha-cooked mushrooms, sriracha slaw, charred yellow onion and sriracha mayo. It is then topped with additional sriracha. The P.B. and Jealousy ($14) comes with a standard patty, thick-cut bacon, peanut butter and jelly on a honey wheat bun. The option to add a scoop of vanilla ice cream is recommended to reach peak depravity. While 85-90% of the menu can be found at other locations, chef Nate Rozelle has been tinkering with some exclusives. A hatch green chile salad and The Revenant Burger — with a boar, elk, antilope and venison patty — are set to be added in the coming weeks.

The no holds barred philosophy is epitomized in the milkshakes. The Java Jamboree Shake ($12) — a Denver exclusive made with Dazbog cold brew, cookie crumble, caramel and chocolate-covered espresso beans is then topped with whipped cream, fresh strawberries and a full unadulterated Zebra Cake.

Despite the abundance of dishes that wittingly turn a blind eye to restraint, Slater’s makes a sincere point of including thoughtfully-composed healthy dishes that hardly seem to be an afterthought or concession. The Power Bowl ($15) combines edamame, blueberries, mixed greens, carrots, pumpkin seeds, tomatoes, quinoa and wildflower honey vinaigrette and is topped with a house-made quinoa veggie patty.

The beer list — curated by Murray and general manager Steve Tracy — is a remarkably well-balanced collection of local microbrews and big-name beers, and alone is reason enough for a visit. The 40 taps pour selections from Front Range favorites including Bruz, Denver Beer Co., Jagged Mountain, Mockery, Weldwerks and Ratio. Many of the options are built to last, though Murray intends to leave 10-12 consistently rotating. Cocktails were all designed by Tracy and range from traditional classics to more inventive concoctions. The Peach Don’t Kill My Vibe ($12) — with Tito’s Vodka, peach puree, Grove Street hatch chili liqueur, citrus, rosemary and Tajin — is a well-balanced ode to the flavors of the region.

While a menu built around bacon could slump into excess for excess’ sake, Slater’s feel more celebratory than merely overindulgent. “We know who we are and we know what we’re trying to do. It’s bacon, burgers and beer,” said Murray.

All photography courtesy of Slater’s 50/50 Denver.