Strange times call for stranger measures. Enter Denver’s resident arbiters of the unsettling: the supremely underrated, Itchy-O, and their COVID compromise, “SYPHERLOT” — a drive-in sound bath. With concerts as we knew them held in perpetual limbo, the 50 plus-member unit created a bedlam baptism of the most bizarre proportions, perfect for summer nights teetering on the edge of the apocalypse. With their masked appearances more pertinent than ever, and the necessity to adhere to the circumstances of the present day and age, the sizeable cohort took a draconian approach and created a masterful show that was nothing short of a dark deliverance. 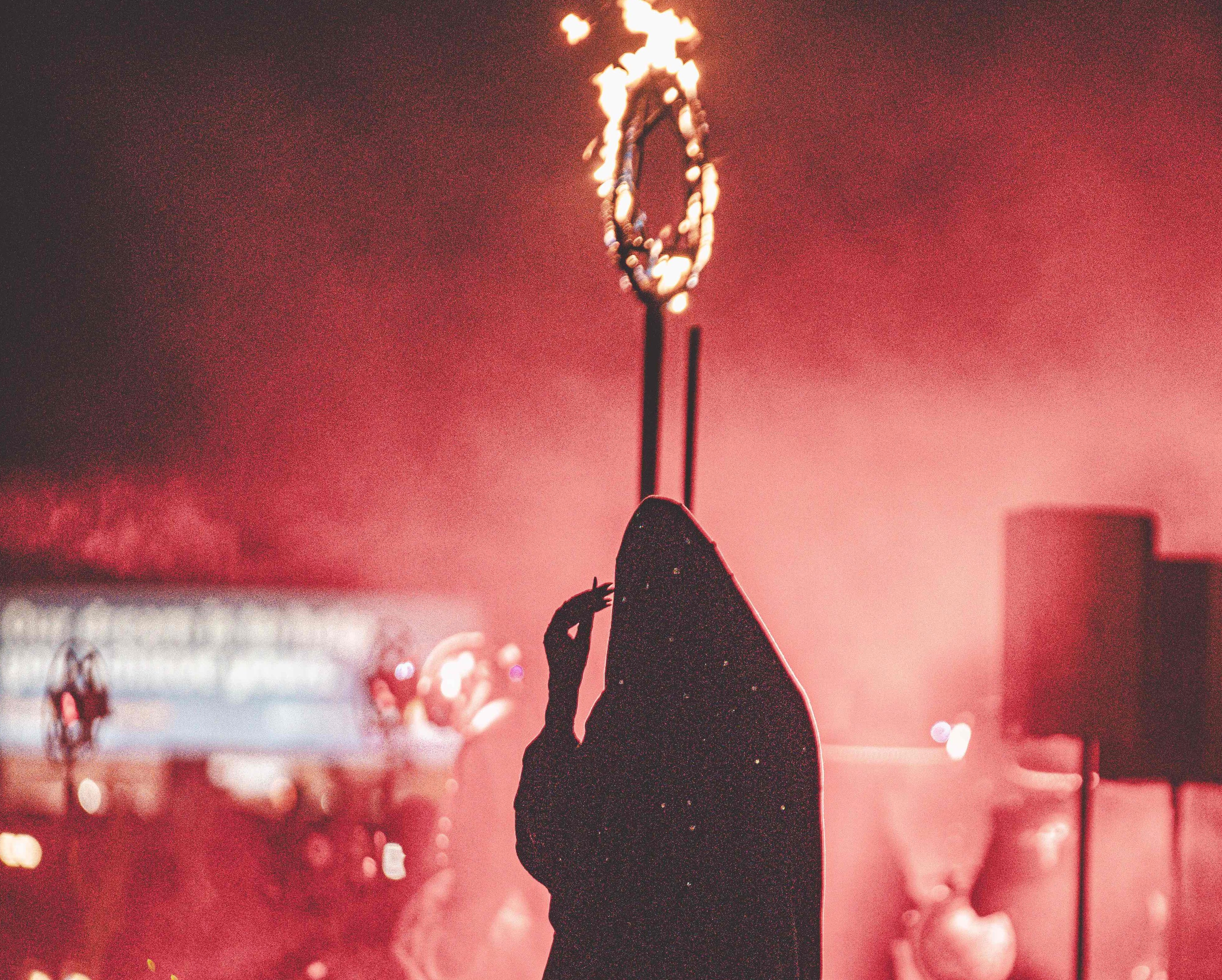 Around 40 cars formed a semi-circle inside one of the vacant plots of the new North Wynkoop development beside Mission Ballroom for the first of two consecutive shows. Strict guidelines ensured that the audience remained within the confines of their own cars, or at the very least in the close vicinity. In the center, the group’s pentagram-esque emblem marked the ground and a full band all dressed in black, marched in procession, coagulating in the center, like a storm cloud building to precipitate. Strange, alien noises rumbled and squeaked, at some points revealing manic laughter while others — such as muffled sirens — mixed together in a suffocating cacophony of chaos. Drums clanged and guitars gnashed in a tribalistic circus. Lone members rode bicycle contraptions and “spirits” wandered through the lines of cars and became illuminated as fireballs burst into the sky. It was as if the dystopian future of Mad Max had been realized by way of an All Souls Procession — hauntingly disorienting in every sense of the words. “SYPHERLOT” went a step further, as the performers would interact directly with cars, sometimes banging on doors and drawing incoherent scribbles on car windows. 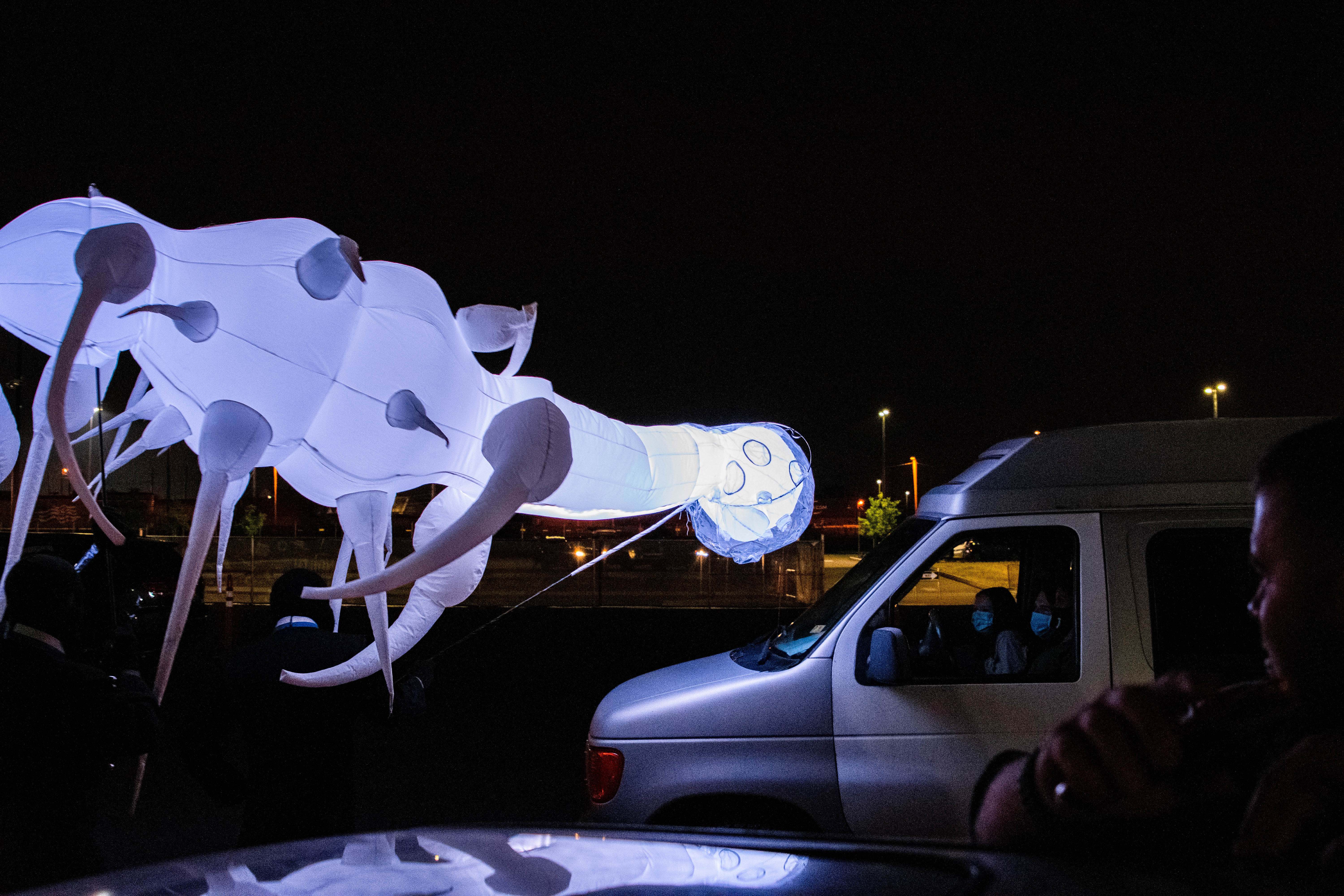 Despite this attempt at setting the scene, in the case of “SYPHERLOT” seeing is definitely believing. In the same vein of creation that Meow Wolf operates in, Itchy-O went above and beyond their resources to dive into a world that was strangely satisfying, and by and large, one of the summer’s most unique and engaging drive-in experiences. It’s almost a cop-out to even consider the event a concert, as the music simply provided a backdrop for the visceral world Itchy-O created to unfold. As a sound bath, there should be a warning for drowning, because Itchy-O sweeps you away and continues to pull you under with “SYPHERLOT.”

Rest assured, the “SYPHERLOT’ drive-in is sticking around for a little while. Until August 29, you can catch Itchy-O twice a night every Friday and Saturday. Tickets begin at $100 and go up to $125 for front row seating and are available here.