For over a century, the Cole neighborhood has been home to working and middle-class families. Becoming a part of Denver in 1874, the historically Black and Latino area is characterized by its small markets, craftsman style homes and patchwork of green belts and parks. It’s close to the heart of the city, but even as development creeps around its edges, it maintains its community feel. Its streets and schools are named after local icons and serve as a permanent reminder of its roots. Every Thanksgiving, the legacy of Daddy Bruce Randolph (which is also the name of its main thoroughfare) is honored by giving out hundreds of turkeys to anyone who needs it. 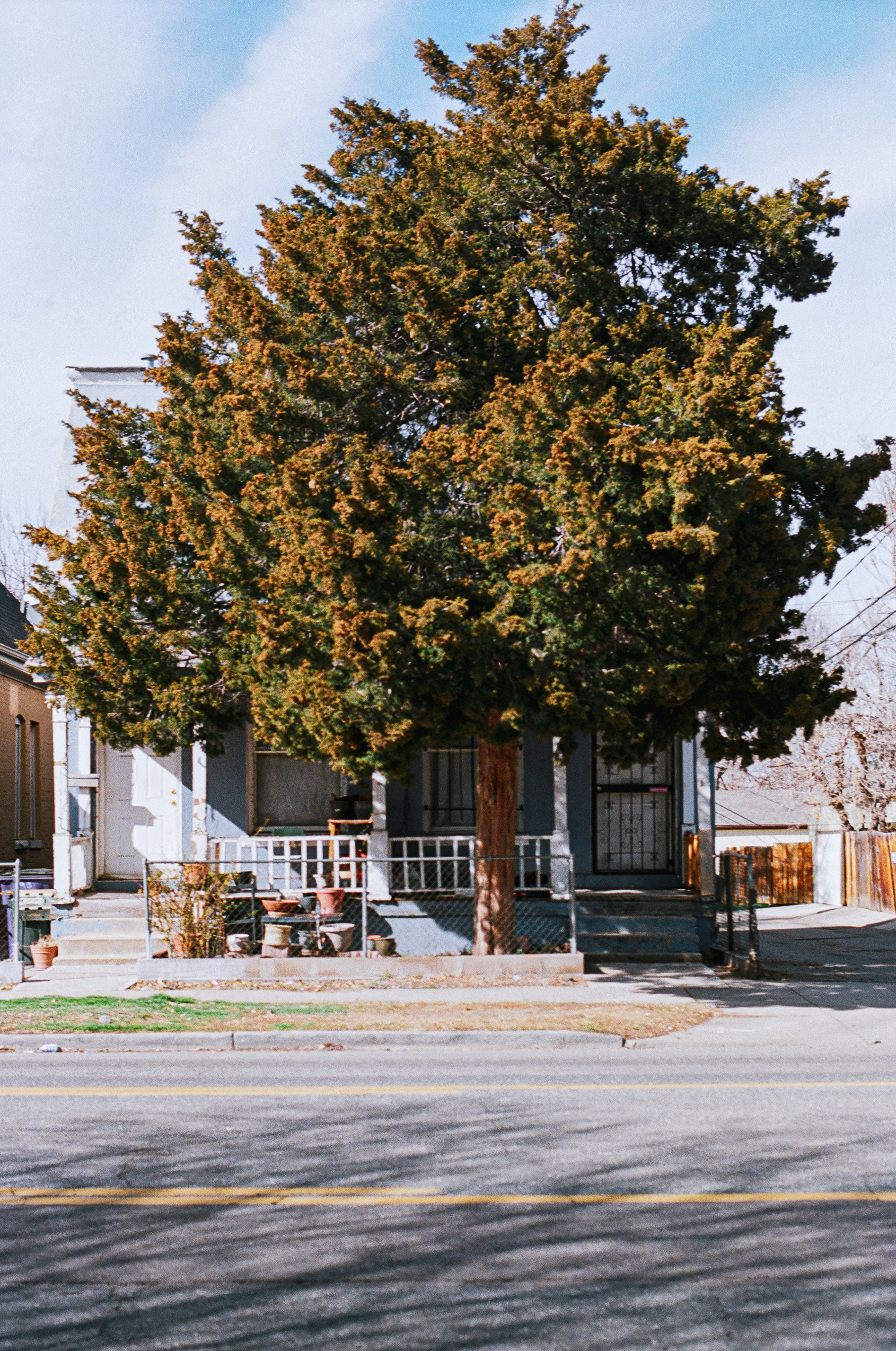 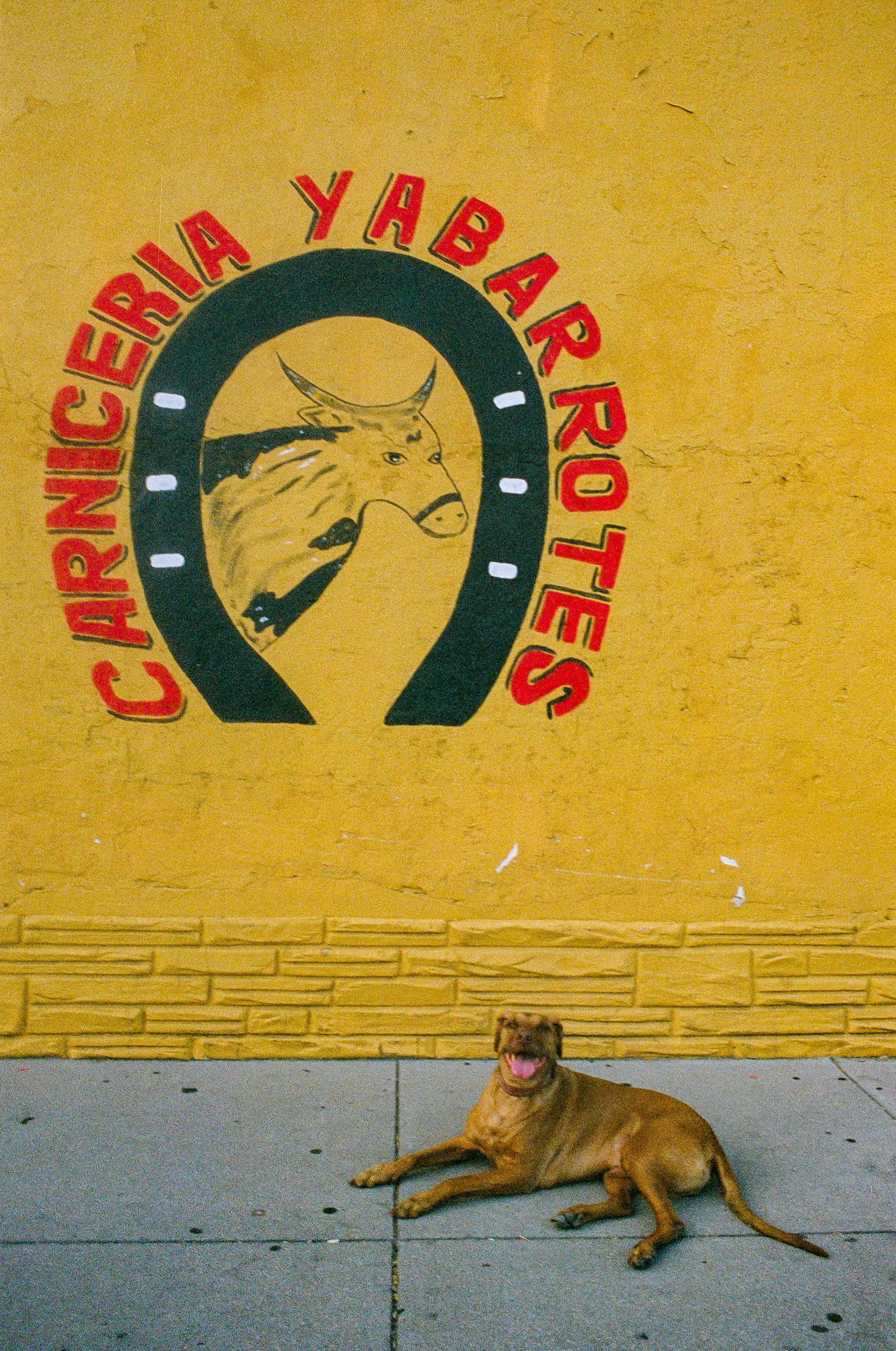 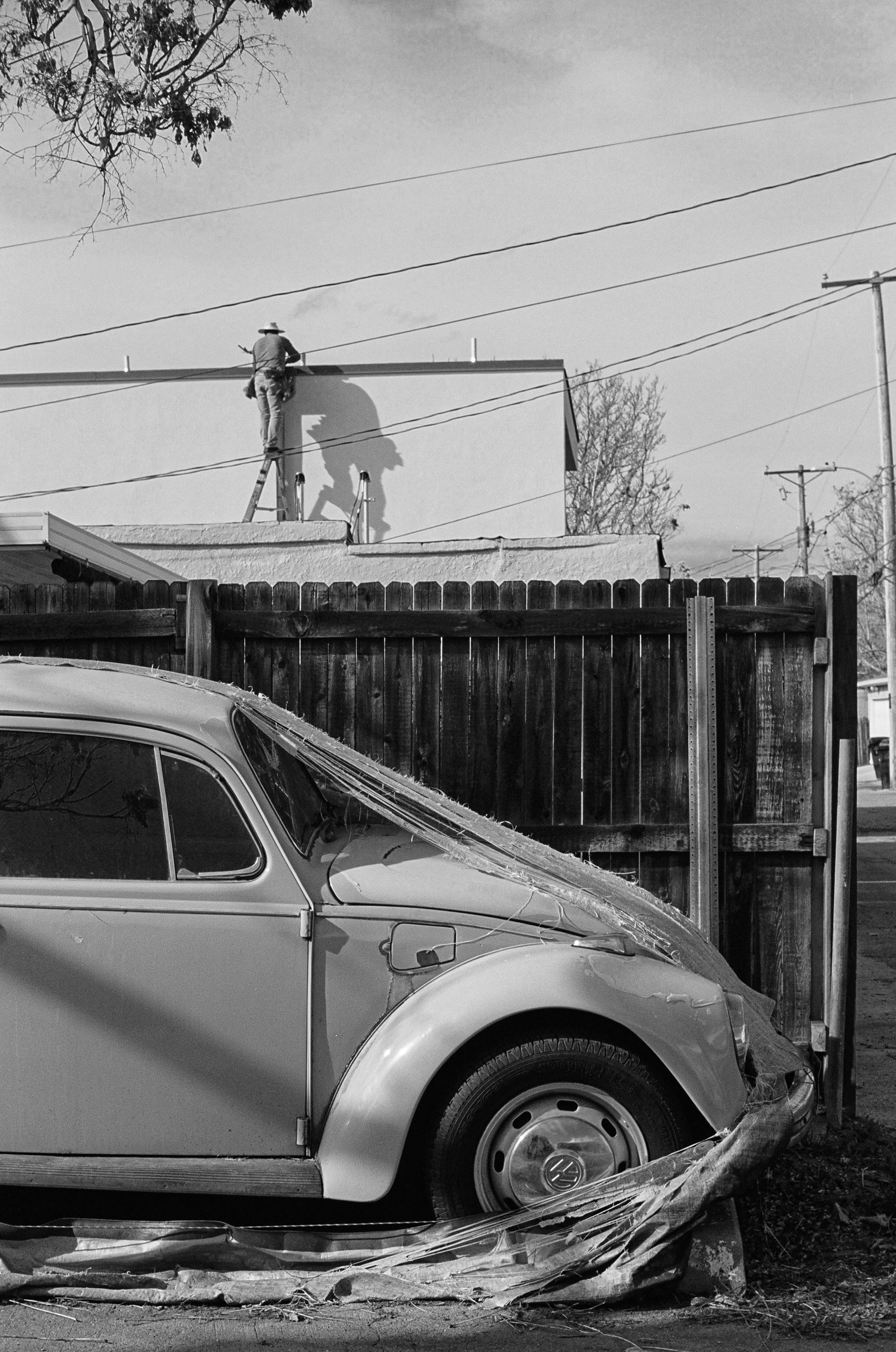 But as Denver has changed, so has Cole. Now a mixed-income community, generational family homes stand next to million-dollar renovated bungalows and new builds. Gentrification is palpable — like it is in most places in the city. So when a brand new French restaurant opened its doors right in the middle of this neighborhood, the question of how it would be received was an obvious one.

According to Brasserie Brixton‘s Justin Morse and Amy Keil, they were met with only curiosity and warm welcomes. The couple attributes this to the hours they’ve spent building the restaurant from the ground up. When they started construction in October 2019, there was a dirt floor, steel beams and not much else. Since then, the pair (along with many helping hands) have spent nearly every free hour laying tile work, adding light fixtures, and even fabricating some of the tables and signage. Morse and Keil are in construction and commercial architecture, respectively, but the added elbow grease paid off in more ways than one. 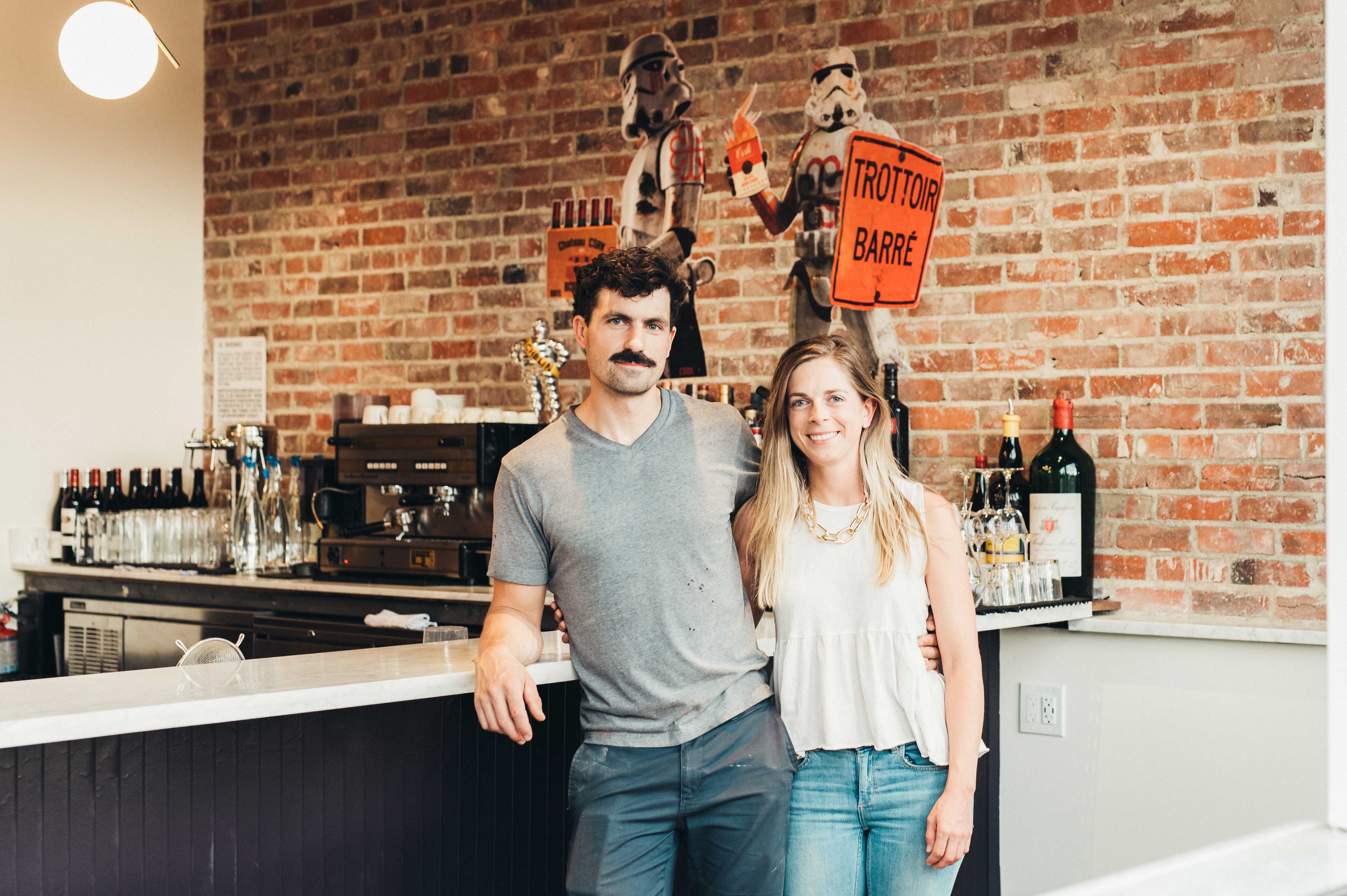 “Our neighbors are genuine friends of ours,” said Keil, explaining they’ve shared their fair amount of beers with those nearby. Morse agreed, saying it helped “seeing the owner here, every day swinging the hammer himself.”

Speaking to a pair that lives directly across the street from Brixton, the sentiment is reciprocated.

“It’s nice not having that eyesore anymore,” explained Tony, referring to the formerly dilapidated building that sat vacant on the lot for years. He was particularly happy to see the new restaurant go up, as he’s been looking for work as a line cook. Although they weren’t able to hire him on yet (since they don’t have enough demand right now) he’s glad they’re in the neighborhood. Similarly, other neighbors have been impressed by the amount of work they’ve put into the site. 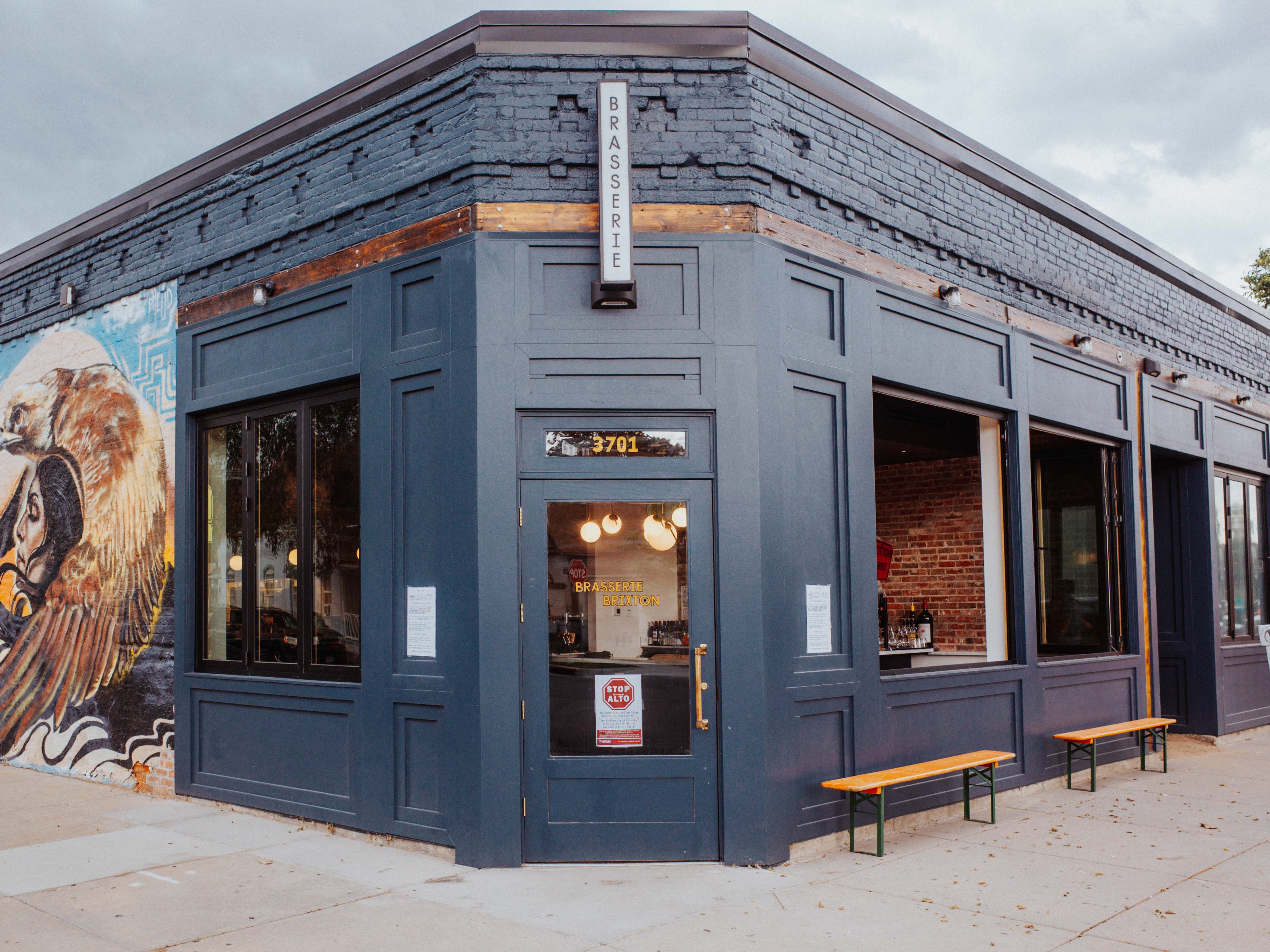 Morse explained that approachability was really important to them in various aspects of Brixton. Living in Montreal for eight years, he became accustomed to a type of French restaurant that had an effortless magnetism. He wanted a place where friends and family gathered to spend hours communing over food and drink.

“That’s what French food was always to me … always this evolution where it becomes something a little more by the time the night ended. You don’t really want to go home. You have to kick me out of here,” he said, laughing.

Originally, the expansive marble bar was designed as its beating heart that would help draw in customers of all types. Unfortunately, 2020 had other plans. Like everywhere else, the COVID-19 pandemic caused them to shift their vision. Now diners can’t sit at the bar and long leisurely dinners are far from the norm. They’ve adjusted by adding patio seating and a to-go menu, but Morse and Keil hope to encourage people to stay for a while by employing a more lax sense of service.

“American service usually feels very rushed as if they’re just trying to turn a table to get the next one in,” said Keil. “We really wanted to create that sort of more hospitality-based style of service, where you can linger as long as you want to just enjoy yourself and your company.”

The menu has a similar casual bistro aesthetic that features many recognizable plates, next to more adventurous ones. The staples such as French onion soup ($8), Brasserie burger ($15), roast chicken ($25) and steak & fries ($27) pair well with their $5 lagers and $7 wines on tap whereas their duck hearts ($9) and escargot ($10) may attract diners that fancy their extensive wine list. The pair are serious about the staples feeling authentic and even took chef Nicholas Dalton — who has worked at acclaimed restaurants like Mercantile Dining & Provision and Le Bilboquet — to France to tour their favorite haunts. But regardless of their affinity for approachability, the team leaves room for creativity. This is best seen in their most exciting dish — the wontons ($13) made with velvety boudin noir sausage, wrapped in a crispy fried shell and topped with a scallion sauce. Although the dish is very east-meets-west, the inspiration comes from one of their beloved Parisian locales.

“I really appreciated how they took two drastically different things in the culinary world … and made something that’s really fun,” said Morse.

Ultimately fun is the unifying factor at Brixton. The space — which is gorgeously decorated with custom, heavy wooden furniture, golden fixtures and deep sapphire paint — also has wheat-pasted Stormtroopers above their bar. They were made specifically for Brixton by CSRK — a famous Montreal street artist. Outside, a mural by the locally acclaimed Thomas “Detour” Evans remains as a relic from the building’s past. Inside, small elements like the European exit signs and the eccentric bathroom wallpaper attempt to rewire your brain when you think of a “French restaurant.”

This was important to Morse and Keil, who live down the street in the Whittier neighborhood. They wanted to make sure they were adding something to the area that wasn’t commercial, but rather something that had a sense of self.

“There’s so much vibrancy here, and as development happens and you get a lot of more commercial properties around you start to lose that neighborhood feel, that energy that comes with a cool neighborhood,” explained Morse.

Cole, like the rest of Denver, is changing. And as cookie-cutter developments and aggressively angular slot homes pop-up daily, it’s easy to be wary of anything shiny and new. But Brixton seems to be in it for the long-haul. They don’t want to cater to what the neighborhood could become, but rather help perserve what it already is.

Brasserie Brixton is located at 3701 N Williams Street, Denver. It is open Tuesday – Sunday from 5 t0 10 p.m. daily. To view their menu or to order, to-go online go here.

All photography by Alden Bonecutter, unless otherwise noted.