Nathaniel Rateliff and The Night Sweats. Photo by Kyle Cooper.

Nathaniel Rateliff, Flobots and The Lumineers’ Lead Singer Are Hosting A Protest Concert and March Tonight

The Lumineers, Nathaniel Rateliff and the Night Sweats, the Flobots, DeVotchka, the Spirit of Grace — all Denver-based bands—are launching a boycott over Greenwood Village’s decision to financially protect police officers who are found guilty, even when an officer acts in bad faith.

The local bands have refused to play at Greenwood Village’s Fiddler’s Green Amphitheatre until the city repeals the 40-20 Resolution. They know, that Fiddler’s Green is a large driving force of the city’s economy, and are calling for corrective action for the inclusivity of Black Coloradans, but also the safety of everyone that could be involved with the officers. 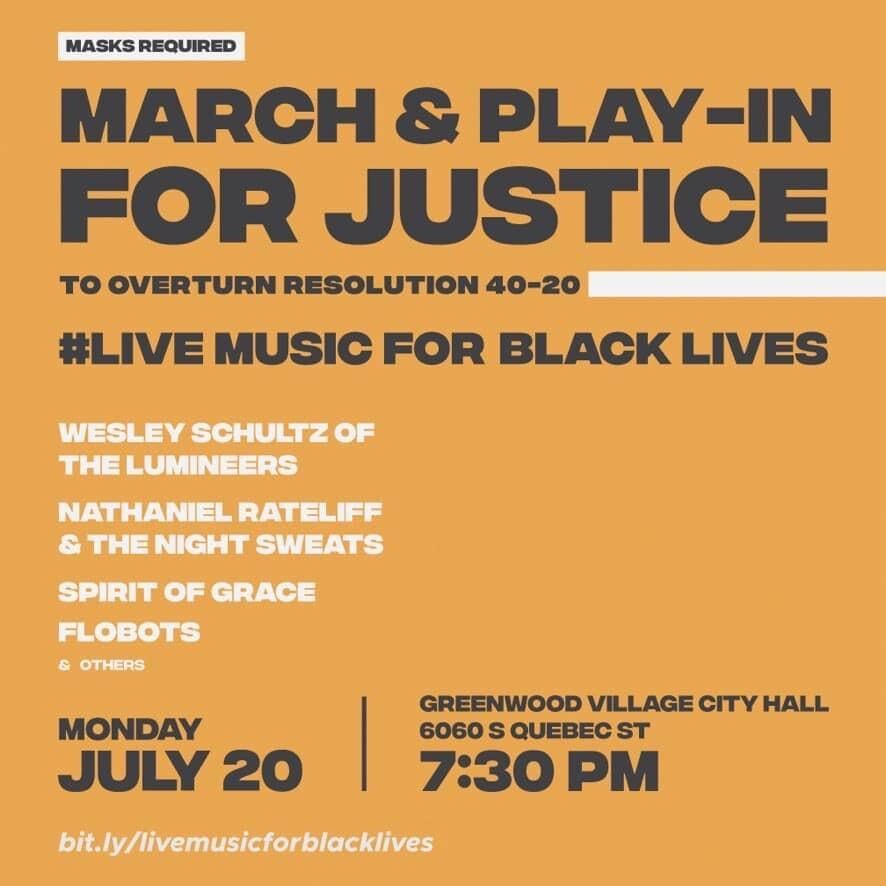 Tonight, Monday, July 20, the bands have organized a March and Play-in for Justice at the Greenwood Village City Hall at 7:30 p.m. They are requiring masks for all participating guests.

The Greenwood Village measure was in response to the SB-217 bill, which banned chokeholds, required body cameras and holds police officers civilly liable when their actions were unjustified. This senate bill was proposed and passed after people took to the Colorado streets to protest the death of George Floyd by police officers in Minneapolis.

The decisions made in Colorado have been a national model for police reform the petition said. They are hoping with the boycott and live music at the city hall will help push Greenwood Village toward repealing the resolution.

For more info on the petition, go here.