[Update: June 16 at 10:58 a.m.: House Amendments to the bill include: defining “physical force” in more depth, adding dash cams to the body-worn camera sections, allowing lawful representatives of victims to see video recordings 72 hours prior to public disclosure, releasing video no more than 45 days after an incident (up from 21 days), supplementing the information collected from traffic stops with whether an officer unholstered or discharged a firearm, allowing physical force with more leniency in jail and prison settings especially when inmates are threatening deadly force or when physical tasks like cell extraction need to occur. Go here for the full text of the amendments.]

[Update June 12 at 2:30 p.m.: with a final vote of 52 yes, 13 no Senate Bill 217 has officially passed both the house and senate. The final vote showed broad bipartisan support. Next, the Governor is expected to sign it into law. Go here to see the final vote.]

[Update June 9 at 11:11 a.m.: The Law Enforcement Accountability and Integrity Act has passed in the Senate. The final vote was 32 yes, one no and two excused. The bill has some changes including officers cannot use tear gas on protesters without warning and officers must face imminent threat before using deadly force. Also, the definition of peace officers in the bill now includes State Patrol. Go here for the full text of the bill and go here for more on changes from The Colorado Sun.

Some Colorado legislators took action immediately after the George Floyd and Black Lives Matter protests began last week, although their efforts weren’t realized until yesterday when Senate Bill 217 was introduced by state Representative Leslie Herod, Representative Serena Gonzales-Gutierrez, Senator Rhonda Fields and Senator Leroy Garcia. In this expansive bill, lawmakers aim to increase police accountability by requiring body cameras, releasing footage, asking officers to call out fellow officers acting out of line and banning the authority of police to use a chokehold on a civilian, among many other guidelines.

“We are listening and hearing protesters outside every single day,” Representative Herod explained. “It would be irresponsible of us as elected officials to not listen and not take action. We need folks across Denver to call, show their support, re-tweet and re-share this bill.”

READ: Three Cases That Explain Why Police Accountability Is Desperately Important in Colorado

Herod is the first African-American LGBTQ person to be elected into office in Colorado. Since she was elected in 2016, she has lent her voice strongly to criminal justice reform, including a budget amendment to give women in state prisons free tampons. Before she was in office, she co-founded New Era Colorado, out of Boulder, working to get youth involved in politics. Now she is turning heads as she ushers in this bill that some opponents are calling overreaching, while her Democratic colleagues unanimously support it. 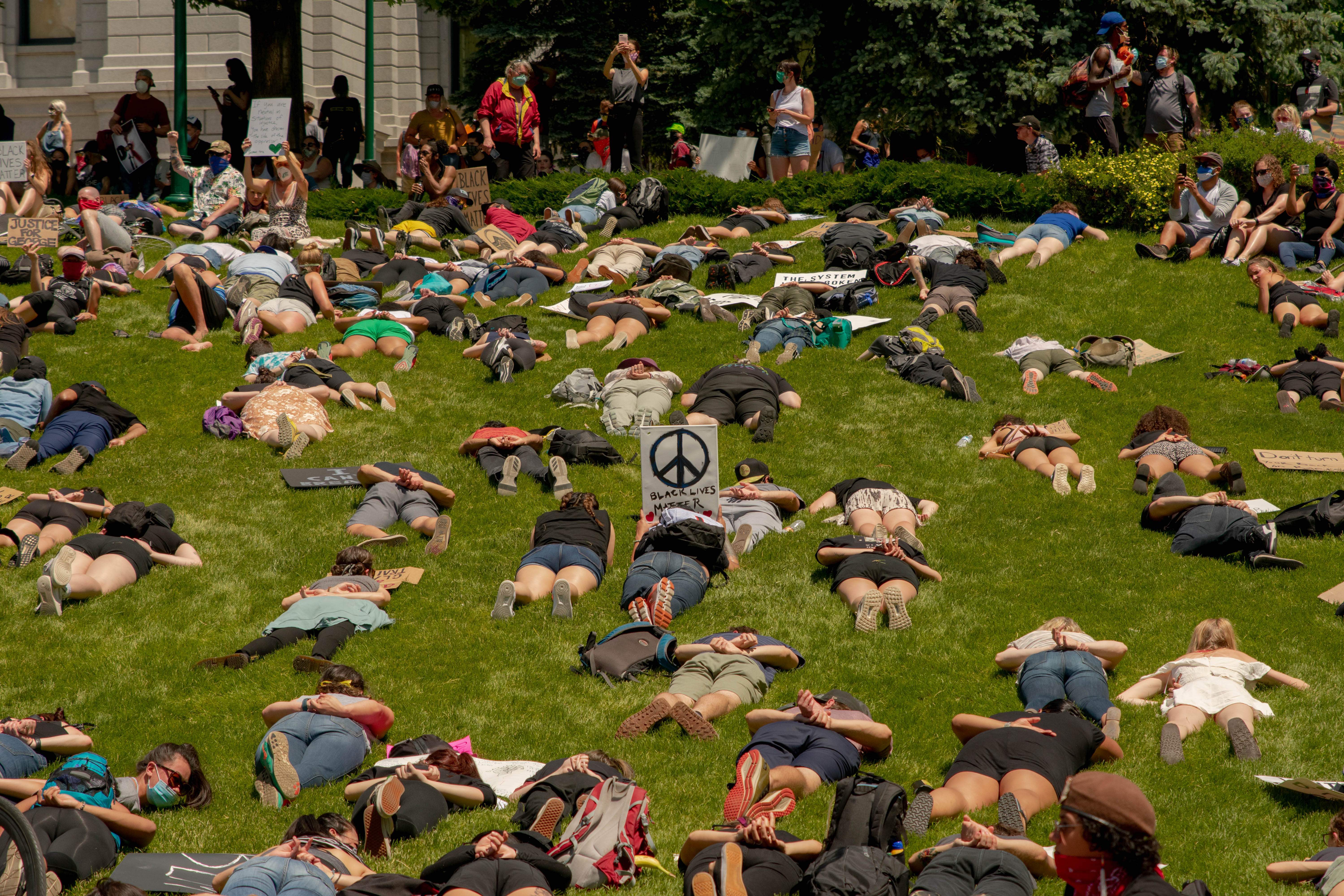 Representative Alec Garnett of District 2 (the youngest district by age in Denver) commented “I tip my hat to Representative Herod. We’ve been working on language and ideas for this since last week when the first shots rang outside of the Capitol building. It’s time. The way that progress is made through this country through legislative bodies is when the community stands up and their voices are heard and people in places of power listen and put it into action.”

Garnett is one of the sponsors of the bill. He believes that the community supports it even if it is sweeping and expansive. That may be because his voters are young and hungry for change. “The young people across Denver are on the front lines of getting this done,” Garnett said.

Although the bill is subject to change as it moves through the legislative sessions and bodies necessary, the main demands are ones that many people do not want to compromise on. Here is a summary of the suggestions in the current draft of the bill:

Looking at Colorado’s police accountability in the past is not a promising endeavor. But it might convince you to support many of the guidelines set out in this bill. For instance, in the last eight years, civil settlements following officer-involved shootings in Colorado cost taxpayers and municipal insurers at least $20 million, according to research by CPR. That’s because most cases aren’t tried in a normal court setting and are settled outside of the public’s knowledge. Less than 1% of the state’s officer-involved shootings resulted in charges against the officer during a six-year period — and not necessarily because the officers were not guilty. Often, investigations are carried out by neighboring agencies and officers are allowed to review evidence like body camera footage before they stand trial. But perhaps the worst culprit of all of this has been that state and federal laws give these officers the leeway to commit wrongdoing and get away with it.

David Lane, an attorney with Killmer, Lane & Newman and an adamant civil rights activist for decades, said “The new legislation being proposed in Colorado is wonderful.  It eliminates qualified immunity which is a judicially-created way to ignore civil rights violations by the police.  It is a wonderful step in the right direction of vindicating the civil rights of the people of Colorado.”

“I think everything that is in the bill has been debated and brought up in conversations in previous sessions,” Garnett commented. “These are not new ideas. The biggest barrier is law enforcement coming around and understanding that it’s time to see significant change here in Colorado.” Unfortunately, the House and Senate Democrats do not have the support of their Republican counterparts with this bill yet.

But there is also hope found in past cases too — as when law enforcement and legislators understood a change was needed. When 17-year-old Jessica Hernandez was shot and killed while driving in a stolen vehicle in Denver in 2015, the policy was changed so that officers are no longer allowed to shoot into cars unless fired upon first.

“We will continue to have conversations [about the bill’s wording],” Herod said. “But at the end of the day, we are creating state-level policy that is sweeping around police brutality. We are addressing local cases. It doesn’t just happen in Minnesota or Chicago. It happens in Colorado and right here in Denver, too.”

In the coming weeks, more information about the bill is expected and an optimistic timeline of one month has been discussed for passing it into law. But, that won’t happen without due diligence from citizens. Here’s a list of things you can do if you want to help the passage of this bill, and also things you should do if you’re living the life of an anti-racist.

CPR: Meth, Guns and Aggressive Tactics Combine To Give Colorado One of The Nation’s Highest Police Shooting Ratesz