How to Be an Anti-Racist in Denver

Recent acts of violence in the United States — both those that are being publicized and those we may never recognize nationally — have enraged people all over the country. The result has a lot of us wondering how to move forward and prevent devastating events like the deaths of George Floyd, Breonna Taylor and Ahmaud Arbery. Thousands have put feet to the pavement for five straight nights to vocalize their frustration, though some have resulted in tension from local law enforcement. On Sunday, May 31, the Denver Police arrested over 170 people. It is important, now more than ever, to stand up for our neighbors and understand the role that systematic racism plays in our city. In 2019, Ibram X. Kendi wrote How to be an Antiracist, which serves as a comprehensive explanation of what it would look like to live in an anti-racist society. We have put together some ways Denver can help perpetuate long term anti-racism.

“In talking to friends to gather this list, we also wanted to emphasize that as white people, you do anti-racism work by DOING IT — don’t get stuck in the learning phase — you MUST take action,” explains Elisabeth Epps, the Pretrial Justice Organizer for ACLU of Colorado. “Support black-owned businesses, talk to other white people about racism, raise kids who ‘see color’ and understand the true history of our country, find out what communities of color WANT you to do and do it without needing to get accolades for it. Learn to decenter yourself. Stop calling the cops on people of color, advocate for criminal justice reform. Find a lane and learn and listen and then do the work, because that’s what it is, and it is ours to do.” 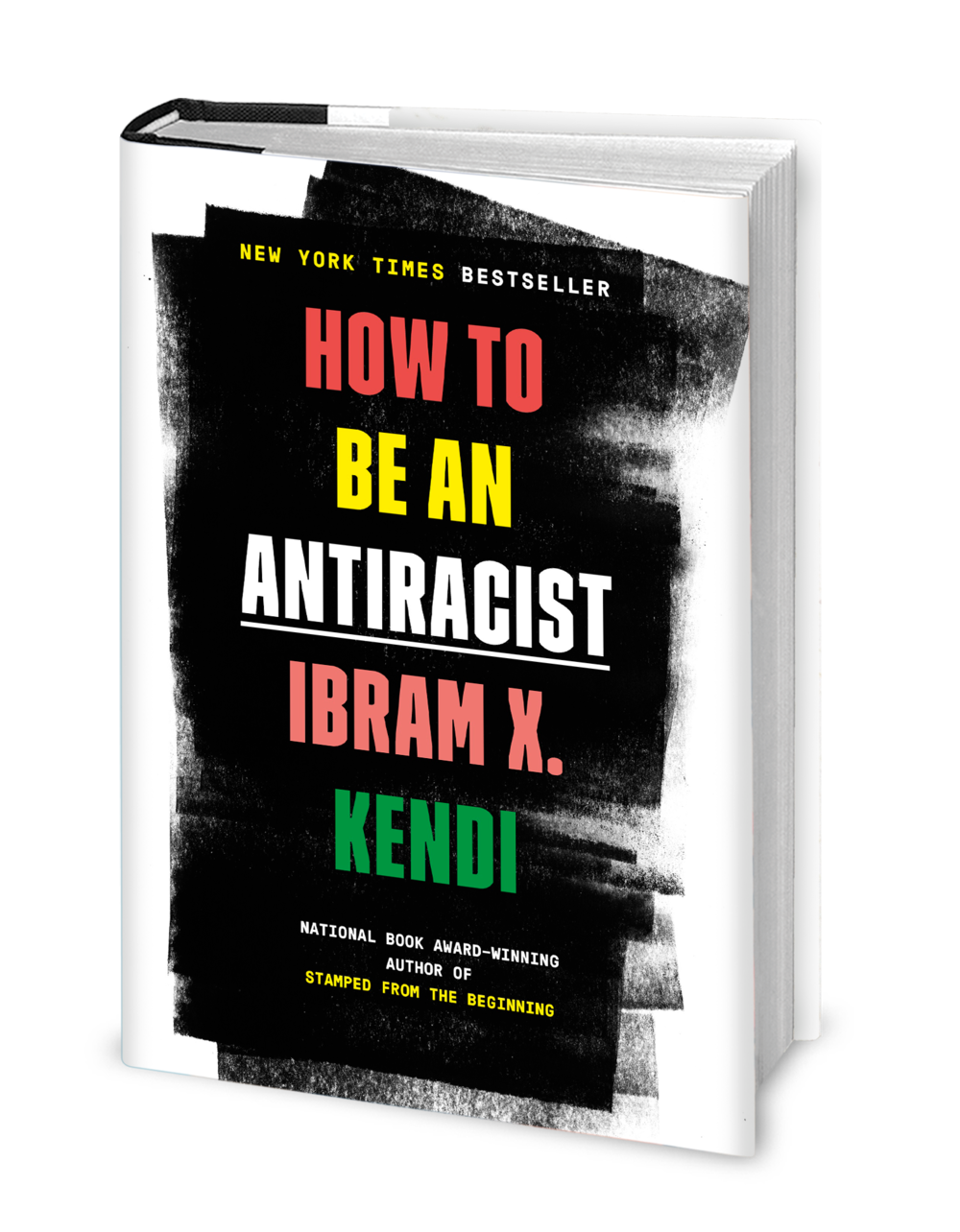 Anti-racism is the ongoing, everyday process of listening, learning and practicing allyship. According to the Anti-racism Digital Library, “Anti-racism can be defined as some form of focused and sustained action, which includes inter-cultural, inter-faith, multi-lingual and inter-abled (i.e. differently-abled) communities with the intent to change a system or institutional policy, practice, or procedure which has racist effects.” According to Kendi, an anti-racist is one who is supporting an anti-racist policy through their actions or expressing an anti-racist idea.

Racial inequality is perpetuated by racist policies. These racist policies are held up by those who believe racial inequality is based on inferior black culture and the fictional biological differences between races. Anti-racism means to consistently identify these ideas and policies, describe them and then deconstruct them through education and persistent discussion. No one is born racist, but racist practices are something we are all born into. Being anti-racist comes from the uncompromising decision to make nondiscriminatory choices, and challenging others who choose to make discriminatory choices. Anti-racism also petitions reflection into our own biases and the continual consideration of why anti-racism is important. We all must understand that racism happens overtly and covertly, and not always with film evidence.

“If those that fill the positions in law enforcement, the judicial system, HR departments, and other positions of power treated everyone they encounter with the humanity that they themselves wish to be treated with,  we can eliminate many of the inequalities,” explains Denver artist Thomas “Detour” Evans.

How to be an Anti-Racist in Denver 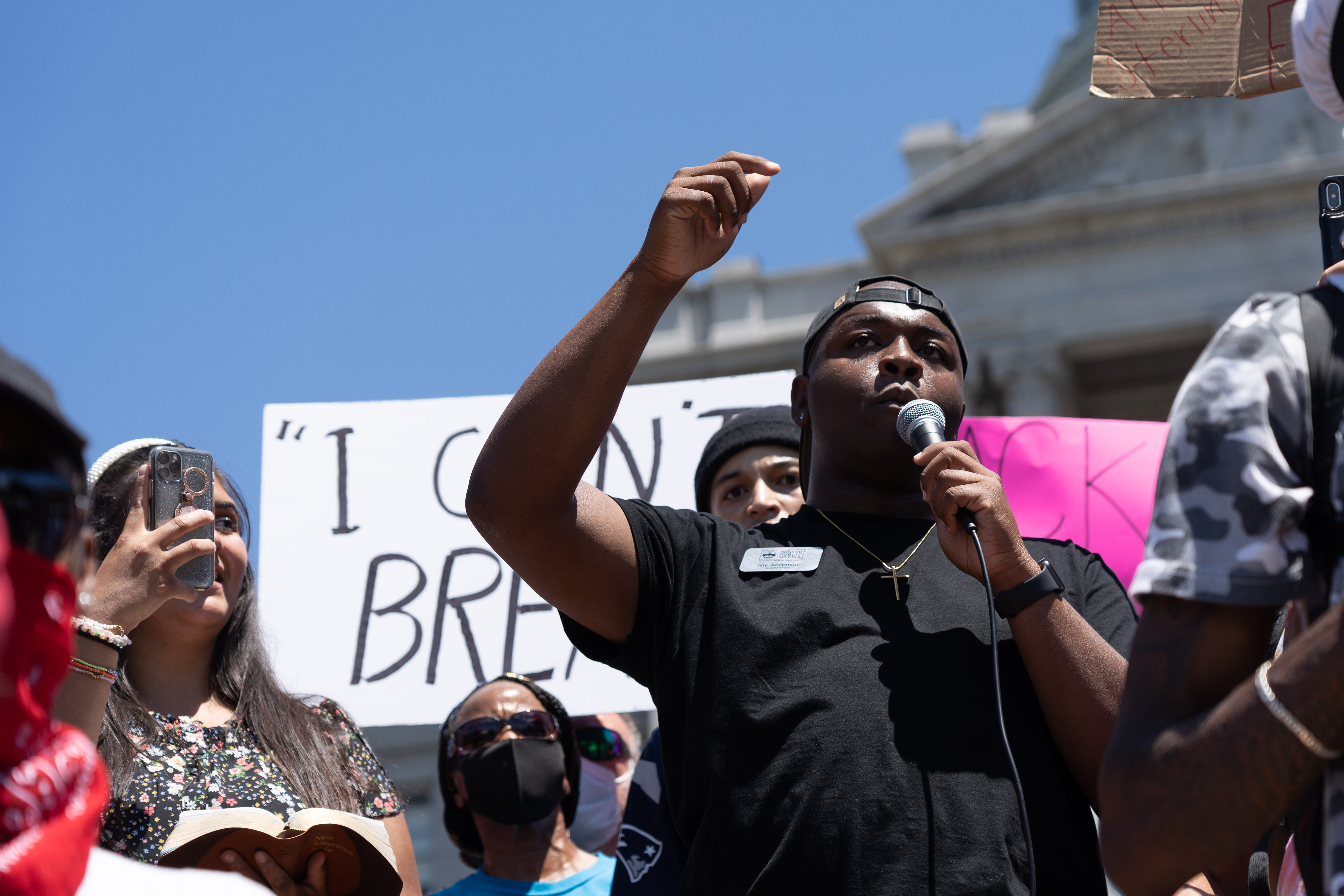 Keep the peace and follow organizers – “It’s about how to be a better ally,” says Tay Anderson, the at-large director on the Denver School Board, of folks showing up to aid in Denver protests. “Allies need to listen to impacted folks when organizers are asking you to remain peaceful instead of escalating into riots. If you are here for the sole purpose of rioting and destroying our city, don’t do it in the name of Black Lives Matter.

Follow what black leaders are doing. If you see a bunch of white folks spray-painting Black Lives Matter on a building and you don’t see any black folks or clear direction from an organization to destroy the city in the name of black people, then you probably shouldn’t do it.”

Be careful and protect identities from photos of protests – Many have faced discrimination in our county after their photos were published.
ACLU Mobile Justice Recording App – Mobile Justice Colorado is an app that allows protesters to record police in audio and video files that are automatically emailed to the ACLU of Colorado untampered.
How to respond to “riots never solve anything” – The United States was built on riots and demand to be heard. Property damage never outweighs human life.
Health is key – Anderson is encouraging people to show up to protests but also wants people to give it five days and then go get tested for free at The Pepsi Center for COVID. “Since we are still living in a Pandemic, I want people to know their health is a priority.”

Use Physical and Online Resources

It is our individual responsibility to educate ourselves and there are unlimited amounts of resources from willing minds to explain what is needed from allies.

Regan Byrd Consulting is a Denver consulting agency run by Regan Byrd offering training for organizations, businesses, community groups, and other entities. Either focused on general anti-oppression/diversity/equity/inclusivity theory and practice or specifically tailored to dive deeper into community-specific issues through the lens of anti-oppression, Byrd is an integral asset to Denver anti-racism.

The Equity Project is a company with the sole objective to explain the differences between equity and equality and inclusion and diversity to deliver equitable services to all. They work with our government, nonprofits and businesses to help them explore equity in effective ways.

SURJ stands for Show Up For Racial Justice and the Denver and Boulder chapters work to fight white supremacy and help others get involved. The organization is dedicated to providing inclusive resources to Colorado, including this document that outlines the best way to protesting as a white accomplice in Denver.

Creative Strategies For Change focuses on racial justice by mobilizing art and education. The group offers consulting, development workshops youth programs and more. While the nonprofit is based in Denver, they travel to bring these same measures across the globe. 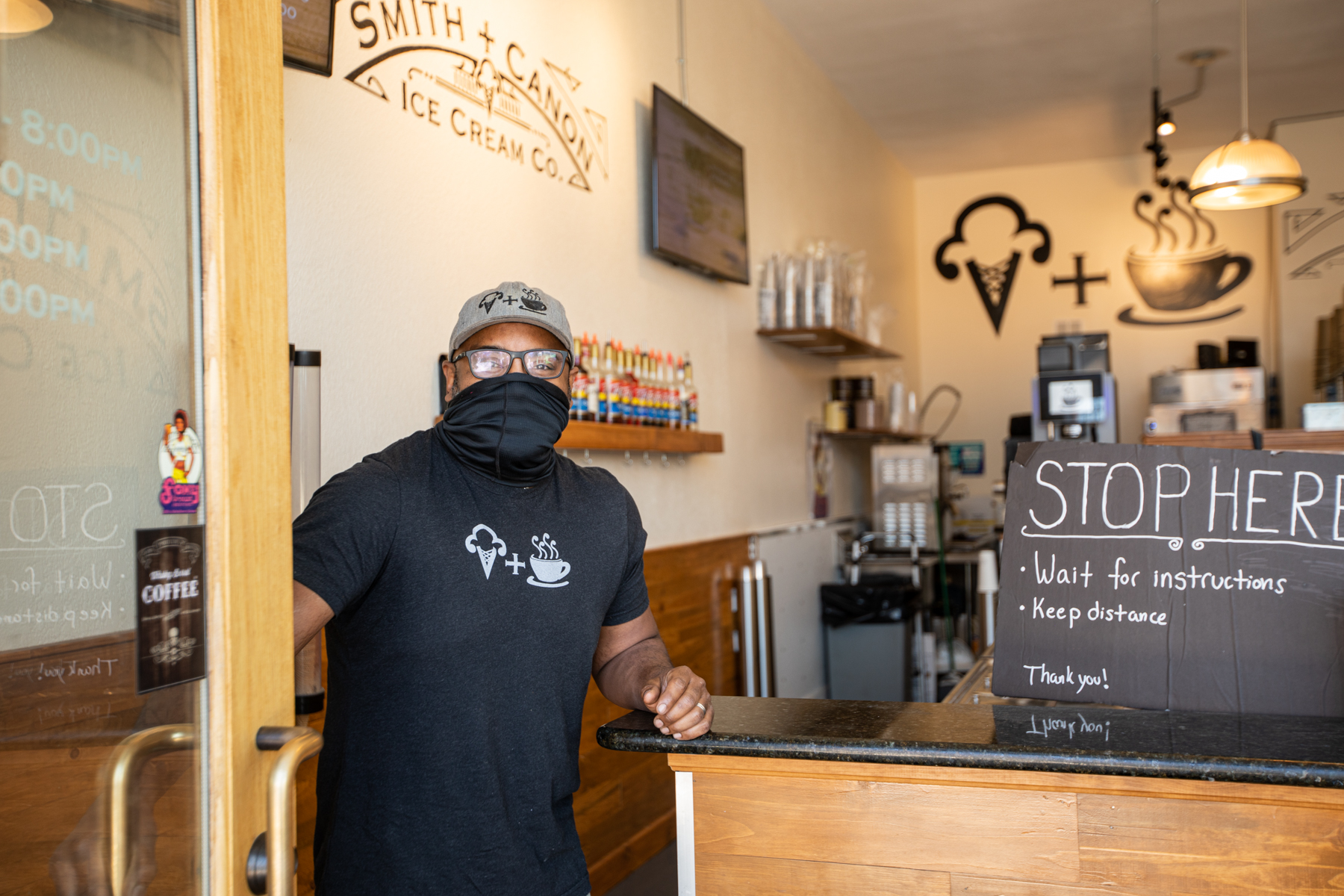 Fa’al Ali, the owner of ILA Gallery, Eazy Media and URBN media (a co-working space dedicated to minority entrepreneurs) explained, “I’m a self-made business owner and a full-time single father of an eight-year-old. Five years ago, my son and I were living out of my car for the better part of a year. I couldn’t find a job anywhere even though I’m highly qualified and educated. I chalked it up to my name ‘Fa’al Yamin Ali.’ I once read an article about when employers see black or ethnic names they are likely to be overlooked, so after a few months of getting no love I started my own business… The work I do creates jobs for black artists and creatives. This pandemic has slowed that significantly. And now the riots are in full swing and a lot of us don’t feel safe anymore to take on white clients for fear of what could happen to them at work. But George Floyd’s death makes my mission to provide those opportunities all the more important because art always leads the conversation about culture and current events.”

Colorado Freedom Fund – A fund to assist people unable to afford the cost of buying their own freedom.

Black Visions Emergent Fund – A black, trans, and queer-led organization that is committed to dismantling systems of oppression and violence, and shifting the public narrative to create transformative long-term change.

Reclaim the Block – A grassroots group ensuring the community of Minneapolis has the resources they need to thrive.

Justice for George Floyd fund – A grassroots project to assist in the awareness and response to the murder of George Floyd by Minneapolis police.

Minnesota Freedom Fund – A community based non-profit that pays the criminal bail and immigration bonds for individuals who have been arrested while protesting police brutality.

Listen and Speak Out 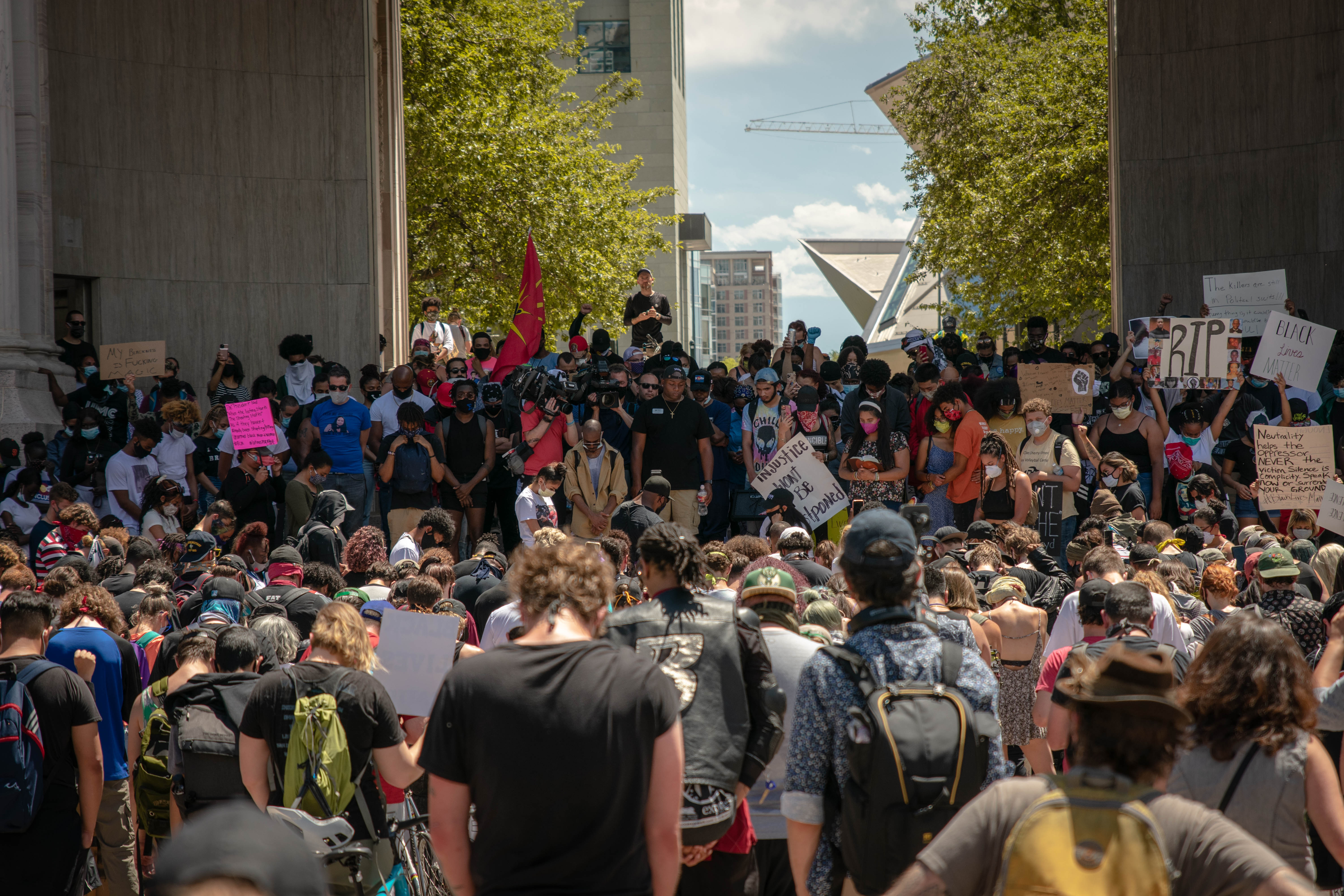 Contribute to the conversation – Speak to others who may have a different perception than you openly.

Avoid blaming –  Those who are experiencing the effects of long-standing generational trauma on top of graphic violence done to members of their community do not need to respond in a way that suits anyone else.

Correct biases any and every time you hear and see them – This includes calling out friends, family and strangers at every opportunity to encourage education and change.

Do not share traumatic and triggering images – A new video circulates daily, and the targets of these videos are tired. Share resources and spark conversation instead.

Seek and elect leaders of color – Join local groups that are in the fight. “When we see change, as much as we want to say the system is not working, we have black folks in the system that are trying to change it,” explains Anderson. “We have eight black lawmakers that are trying to change it. They need reinforcement, we only have a limited amount of black school board members in the city.”