Immersive theatrical productions are better suited in abnormal environments. Not only does a strange stage allow for more creative expressions, but it also breaks the barrier between the audience and the cast of the show. Such is the case in the newest production by Denver-based circus group Rainbow Militia, Gnome Away From Home. In this “brand new interactive circus adventure performance,” the stage will be a Tennyson bungalow built in 1906 that is slated for demolition before the end of the year.  Each room will be outfitted by the artists inhabiting it, creating a mosaic of different tableaus to explore as you wander throughout the house.

READ: How and Why Immersive Experiences Are Taking Over the Denver Art Scene

“The house is being demolished and that was the basis for where our story started,” Amber Blais of Rainbow Milita explained. “We were approached by Reactiv, who said they were very invested in helping the art community and turning vacancies into community.” Reactiv is a local real estate company that seeks out artists when they have buildings or spaces that can be used temporarily before development begins. This particular bungalow was planned for demolition in January 2020, but when that didn’t happen and a pandemic struck, the house remained standing and that vacancy seemed like a good opportunity for something unique and creative.

Since March, Rainbow Militia and the larger community of theatrical performers that rely heavily on live shows with audiences have struggled to find the path forward. Shows have been canceled, venues have backed out, the fear that people do not want to pay money to sit in a small space with strangers is real. So when Reactiv offered the bungalow, Rainbow Militia decided to figure out how to make it work. 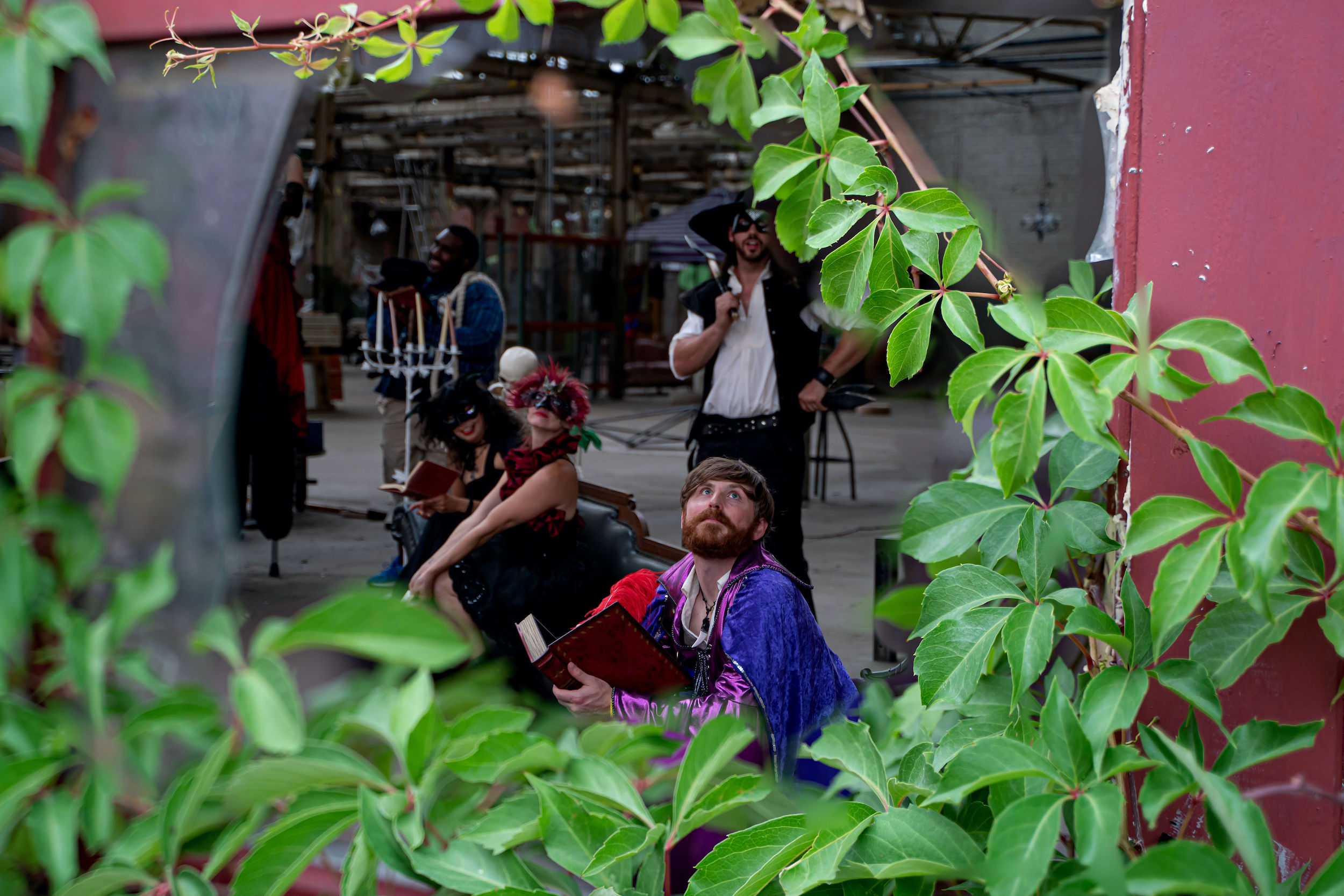 “We can’t do shows the way we used to,” Blais commented. “Everyone is trying to explore new ways to do the art that feeds our souls. I don’t see things going back to ‘normal’ any time soon. And as artists, we can hold on to what we were used to or we can learn to pivot, be nimble and see this as a new challenge.”

Part of the pivot for a theatrical production company includes how to let audiences back in. For Gnome Away From Home, audiences are broken into “quaranteams” composed of up to six people who know each other. The quaranteam is allotted an appointment time when they can enter the bungalow (wearing masks and gloves) and from there they explore different rooms without ever coming into physical contact with the performers or other quaranteams. Plastic barriers have been installed in doorways and ad-hoc windows, allowing visitors to see inside while providing performers a safe space to work.

The performances aren’t the only thing that’s different, however. It’s also about how the show comes together before opening night. “We aren’t rehearsing together, everyone is doing their own thing. Which means that Rainbow Militia isn’t really doing this alone, it’s a true collaboration,” Blais said. Plus, they’ve only been given a few weeks to get everything together. 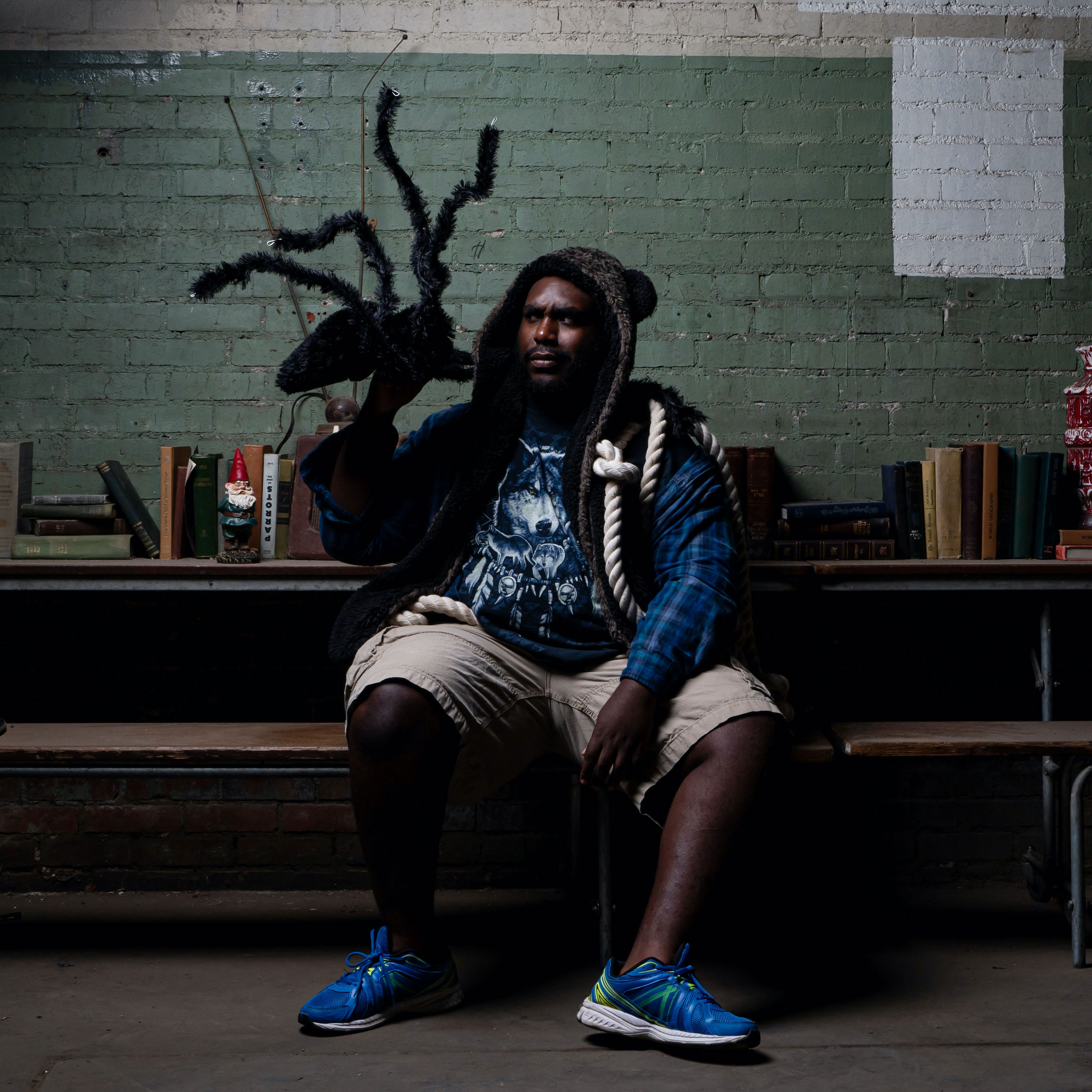 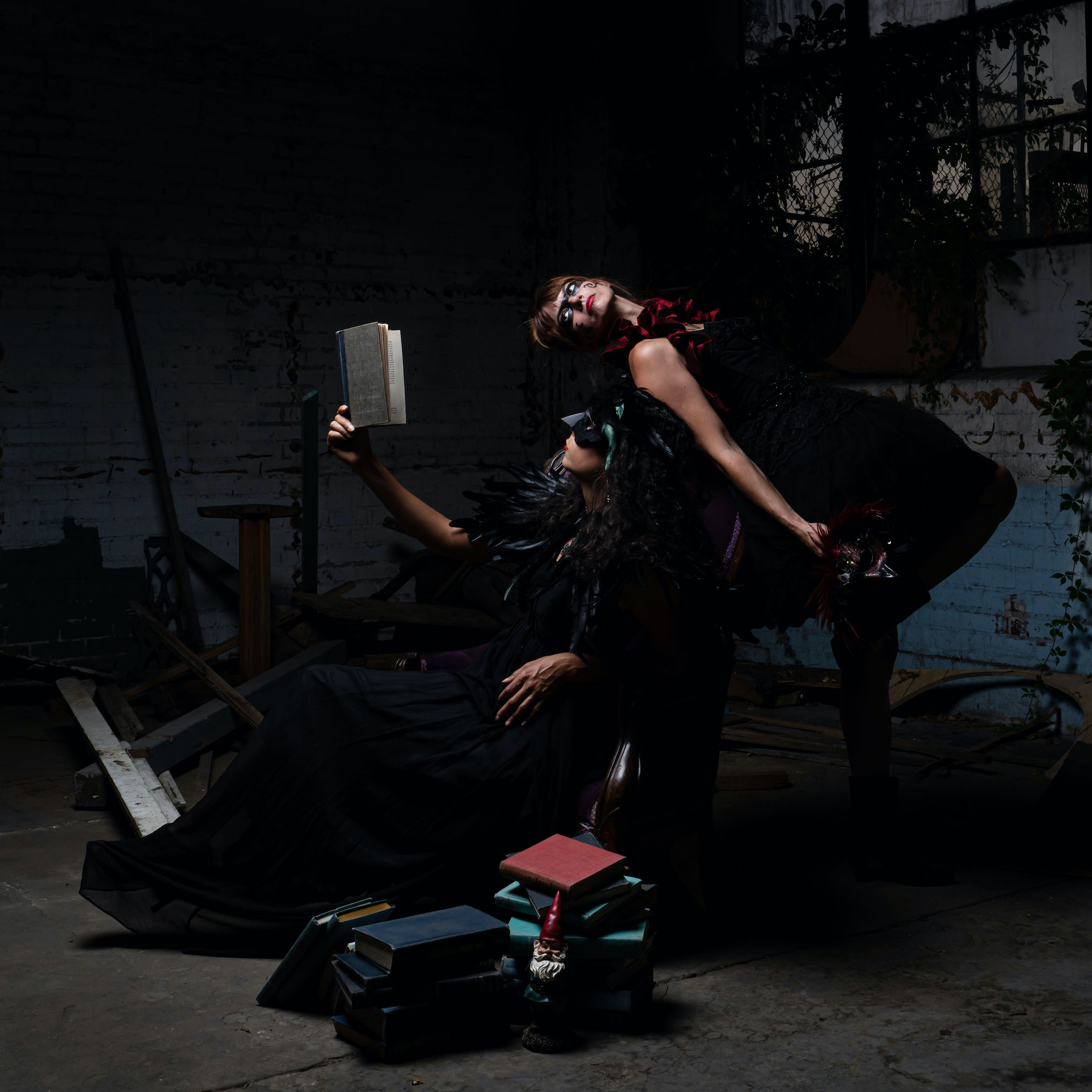 The other collaborators were hand-selected by Rainbow Militia for their dedication, individuality and commitment to their respective crafts. Where many other productions by Rainbow Militia have focused heavily on circus arts — juggling, aerial silks, large apparatuses, tumbling, stilts — the limitations of a decaying 1900s bungalow drew attention to other creative skills like poetry, visual arts and music.

Inspired by folklore throughout the world, each artist or team of artists is in charge of conceptualizing, designing and transforming their own room in the vision of a story. There will be a room full of bruhas and witches by Vanessa Valerio and Blais; Deirdra Angelucci and Cerene Shepard, a duo of clowns, will tell a quarantine version of Hansel and Gretel; the pole dancer and aerialist Meri Burgess will act out a German fairytale about a princess who can’t touch the ground; the acrobat Bryan Connolly will throw knives; the actor James Brunt will retell the “Anansi and the Wolf” folktale. Throughout the house, a soundtrack of original music created by David Rynhart for Gnome Away From Home will make you feel like you’re part of it all. 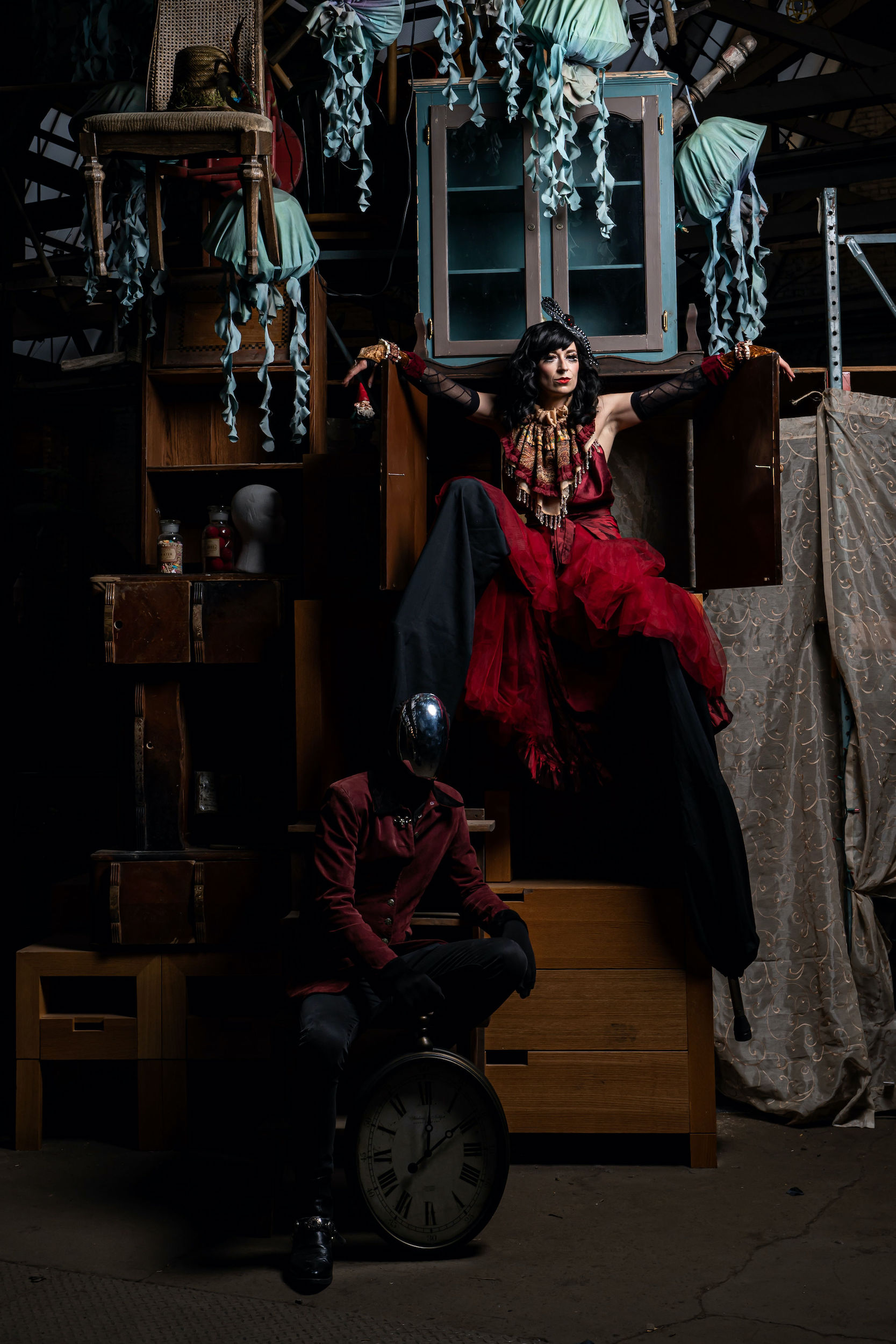 Some artists have chosen to act out their own folklore, like Staza Stone and Thomas Michael Vincent, who have created theirs around the concept of being stuck. “It feels timely,” said Stone. “Being stuck could be in a place, a habit.”

All of this will take place within the walls of the bungalow, the home of the gnome Fiddlesticks Dabbledoo — who will guide you from room to room. The overlying theme of home — inhabiting one, losing one, gaining one — is everpresent and yet not overemphasized. 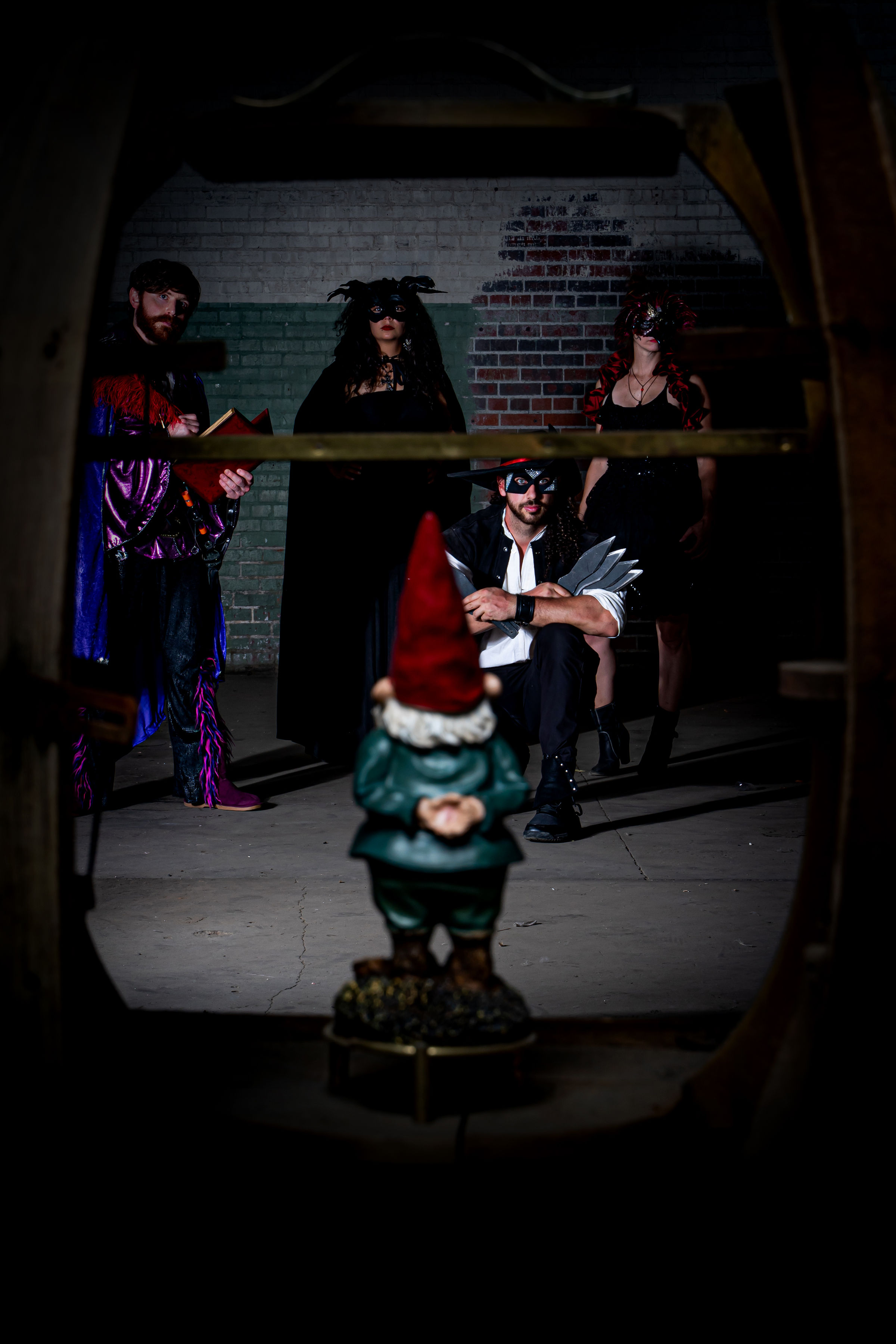 It’s up to you as the viewer or participant to take as much or as little as you want from the setting of the show — but staying keenly aware of your surroundings is encouraged. The bungalow has never looked like this before and will never look like anything again.

Once you’re outside the bungalow, the performance doesn’t stop there. On the lawn, you’ll hear a live performance played by Larea Edwards and Chrissy Grant of Spirit of Grace. This is also where you can imbibe on non-alcoholic elixirs offered by Enigma Bazaar and beer from The Grateful Gnome. And ideally, you and your quaranteam can share your story — a story that will be a chapter in a new folktale about adapting to the limitations of a pandemic with creativity and resourcefulness.

Gnome Away From Home runs July 30 to August 23, 2020. Tickets are required and available to purchase here. One ticket covers up to six people (your quaranteam) and the location of the bungalow will be sent upon purchase.

All photography by Martha Wirth photography, courtesy of Rainbow Militia