Protesters in Aurora on June 27, 2020. Photo by Cori Anderson

Nearly one year after Elijah McClain died after an excessively aggressive encounter with a handful of officers from the Aurora Police Department (APD), his name and case have gained national recognition. When protests erupted in many US cities following the death of George Floyd and Breonna Taylor at the end of May, friends and activists here in Denver started chanting McClain’s name too — it hit closer to home. It was also a reminder that police brutality doesn’t just happen in other places, it happens in Denver too.

After a resurgence of media coverage in Colorado about the circumstances surrounding McClain’s death in early and mid-June — especially in conjunction with the passing of the police accountability bill (SB20-217) — the hashtag #JusticeForElijahMcClain went viral. A mural painted by Thomas “Detour” Evans, Hiero Veiga and Tuke for the project Spray Their Names was shared countless times. Celebrities, politicians, presidential hopefuls and activists called for accountability in the case. Tweets mentioning McClain’s name shot up on the trending Twitter board. Musicians started dedicating songs to him — like Coldplay and Andrew Bird. 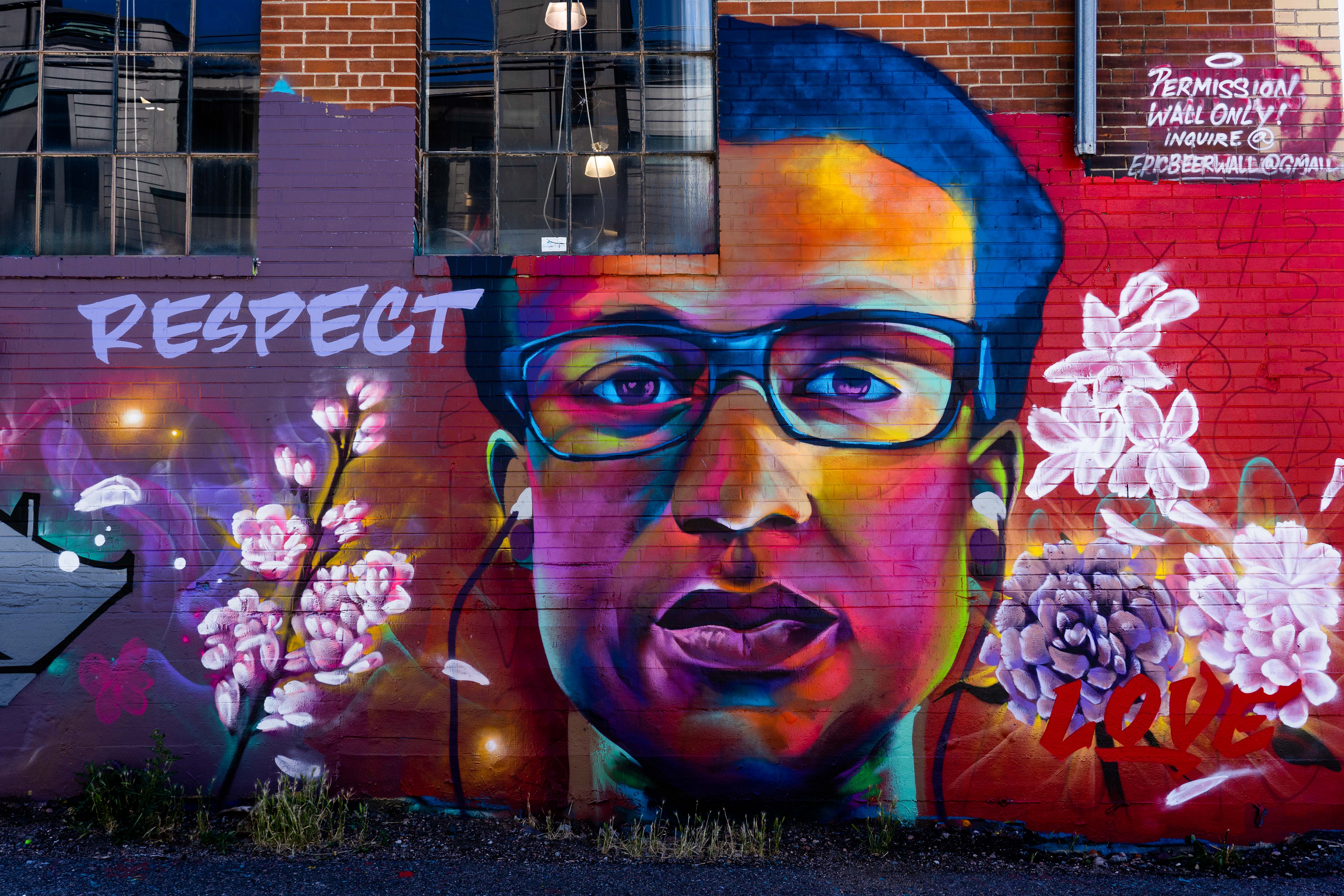 This is all because McClain’s case proves just how desperately we need police accountability and transparency — not only in Colorado. From the moment that an officer approached 23-year-old McClain to the 15 minutes of torture precipitated by carotid holds on the ground to the unbelievably legal ketamine dose administered to him by Aurora Fire Department to the months after his death where his family was neglected and the officers held onto their jobs — every step of the way betrayed a major flaw in our policing systems and laws.

McClain’s death was not an isolated split-second event — it was a calculated attack that used three armed officers to hold down one small man with a loose interpretation of law to detain him and was allowed to continue despite a handful of other officers, firefighters and EMTs witnessing the events. McClain’s death isn’t sad because McClain was a vegetarian who “wouldn’t hurt a fly” — it’s sad because it was considered a lawful and justified means of policing.

Dave Young, the District Attorney of the 17th Judicial District (which includes Aurora) did not pursue criminal charges against the officers involved. In an interview with 303 Magazine, he stated that “I have to prove that force was unlawful [to pursue criminal charges]. Sometimes I may think, ‘why the hell did they do that?’ It’s not what I think, it’s what I can prove.”

In that same interview, Young also mentioned that “[there] has to be relevant evidence that would help prove beyond a reasonable doubt that a crime was committed and the involved officer(s) actions were not justified under the law.” He insisted that petitions with signatures and public opinion wouldn’t hold up in a court of law as a reason to re-open the case or to pursue criminal charges. But, as time has passed, it is now obvious that he may have been wrong.

On June 9 the Aurora Police Department announced five new policies it will implement — authorization to fire a weapon (telling someone they are about to fire at them), banning the use of a carotid hold, the duty of other officers to intervene, forcing officers who have been involved in a confrontation to step away to cool down and not requiring officers to stop a person who has been identified as “suspicious” unless the officers think the person is a serious threat. Most of these new policies were initiated in direct response to McClain’s killing. A letter by some of Aurora’s City Council members to the town manager insisted that an independent investigation into his case should be pursued vehemently.

At the same time, McClain’s killing was one of the driving factors in passing SB20-217. Representative Leslie Herod had already been working with celebrated civil rights attorney Mari Newman (the McClain family lawyer) on drafting the bill before protests broke out in downtown Denver. McClain’s mother, Sheneen, spoke passionately at the public comment meeting for the bill, prompting many watching to look into McClain’s case. That was the week of June 15 to 19. 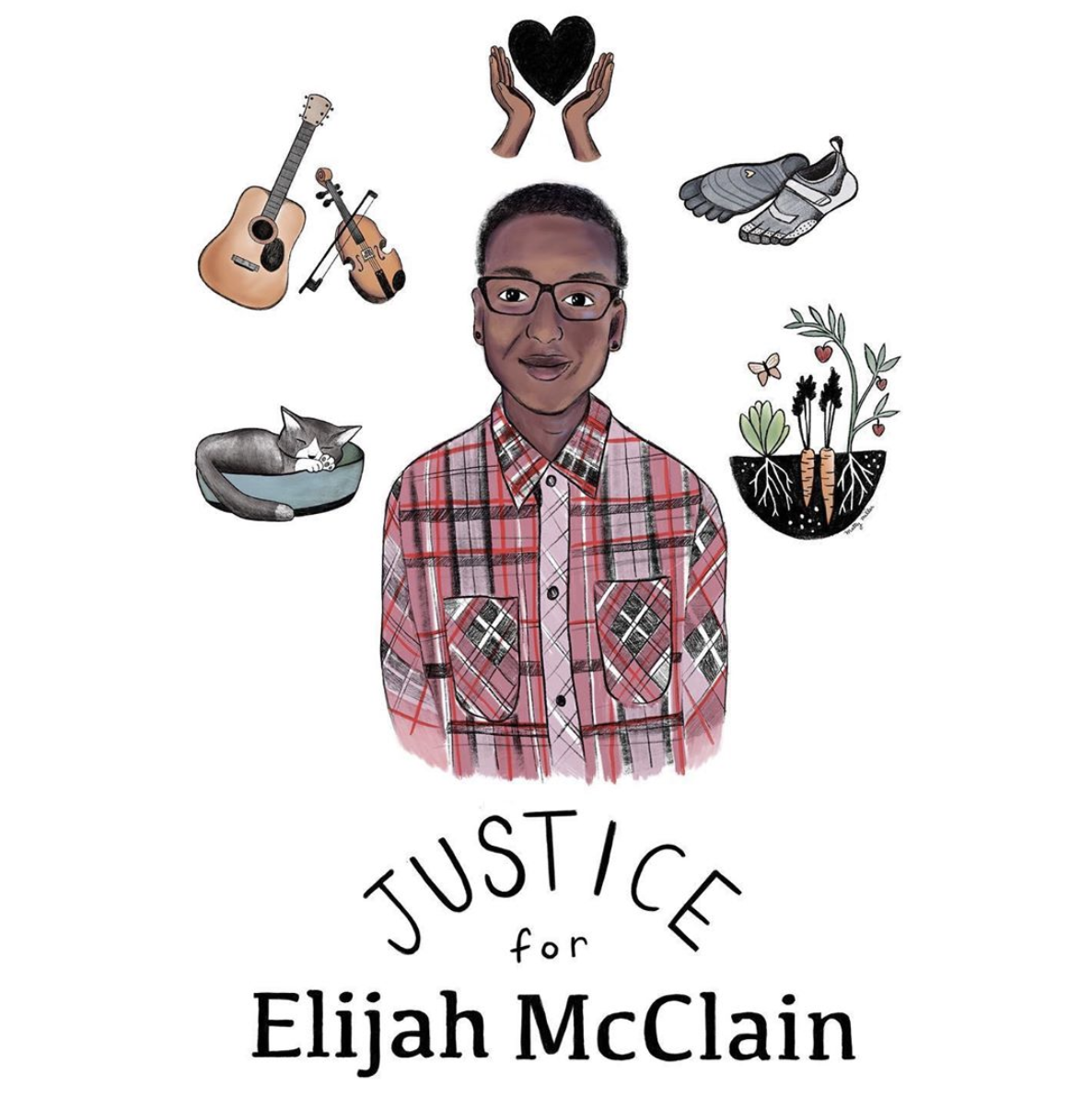 After the public hearing and national attention toward the police accountability bill, a few graphics started circulating on social media — endearing illustrations depictions of McClain, surrounded by some of his favorite things like violins and animals. Captions accompanying the illustrations started spreading the truth about McClain’s death. National media outlets started talking about McClain. Then, a Change.org petition gained more than two million supporters (now more than three million) who believed in pursuing criminal charges against the officers involved.

With less than one week as a viral hashtag, #JusticeForElijahMcClain moved beyond APD and the 17th Judicial District and into the hands of Governor Jared Polis. On June 25, Governor Polis signed an executive order appointing “a special prosecutor to investigate and, if the facts support prosecution, criminally prosecute any individuals whose actions caused the death of Elijah McClain.”

“Now more than ever, we must do everything within our power to foster public trust and confidence in law enforcement and the criminal justice system. That’s why I have appointed a special prosecutor to investigate this case, and it’s why earlier this month we took a step in the right direction by signing sweeping bipartisan police reform legislation into law that has now established significant new accountability for officer-involved killings.”

In Colorado, rally cries were spread around social media throughout the week leading up to Governor Polis’ announcement, resulting in a march, protest and violin vigil in the name of McClain on Saturday, June 27 in Aurora. The march started at the Aurora Municipal Center, spearheaded by the Denver Party for Socialism and Liberation, and continued down Alameda Avenue until participants shut down Interstate 225. A student-led protest followed the march and came before a string-instrument vigil at sunset. Throughout the day, APD officers stood surrounding the police headquarters, wearing full riot gear. The crowd chanted “this is not a riot here, why are you in riot gear?” over barricades and fences that APD had erected the day before.

When demonstrators gathered for the vigil in the courtyard of the Aurora Municipal Center, the APD presence intensified. On Twitter, APD announced that the gathering was unlawful around 8 p.m. due to a small group of protesters who reportedly armed themselves with rocks and sticks (although there is no video proof available to support this claim at this moment). Then, APD posted another tweet one minute after the announcement of the “unlawful” gathering that said “pepper spray may be used” and urged peaceful protesters to go to a different area of the parking lot. Pepper spray was deployed. One hour later, the department announced that the situation was peaceful once again and thanked the crowd for complying.

Protesters and activists (both in attendance and not) were outraged by APD’s decision to pepper spray into the crowd. Some reported that APD deployed tear gas — a chemical agent that is now prohibited to throw indiscriminately into a crowd under SB20-217 regulations. APD denied this accusation. Videos from the scene say otherwise.

Last night’s vigil for #ElijahMcClain. The PD responsible for his death showed up in riot gear to a completely peaceful gathering.

I don’t know how it could be any more clear who is instigating the violence. pic.twitter.com/05KdzxLlqR

For more than eight hours on Saturday, protesters and demonstrators stayed on the grounds of the Aurora Municipal Center. McClain’s name was chanted, his life was remembered and the motivation to seek justice for his wrongful death only strengthened. When DA Young said that no amount of signatures could change the decision in this case, he did not fully grasp the depth of this situation.

Moving forward, the public will look to the special investigation by Phil Weiser, the Attorney General for the State of Colorado, for justice. Under Governor Polis’ orders, Weiser will be allowed to use a grand jury and the APD and all other state agencies are required to “fully cooperate.” Knowing that the APD has habitually and intentionally acted with opaqueness in matters of officer-involved deaths, it is some reassurance that a completely different agency will be investigating the matter now.

But this is not over. It’s not over for the McClain family (who is still suing the city of Aurora). It’s not over for Aurora citizens (especially brown and Black residents) who rightfully do not feel safe from the people who are supposed to serve and protect them. It’s not over for experts who have been working on police accountability for decades and see these reactionary measures as proof that the establishments are not doing enough. Police departments are still responding to peaceful protests violently, despite federal restraining orders and a state-mandated law. This is not the last time that citizens are going to or will need to demand justice — it’s just one step forward in a long road ahead.