Isabella Thallas mural by Detour. Photo courtesy of the artist

Art is a responsive media — even when a global pandemic and weeks of protests aren’t simultaneously occurring. Many artists are like sponges, soaking everything up until its squeezed out of them. In Denver, and all over the country, the urgency of Black Lives Matter has been a major squeeze on artists, and the resulting artwork has been profoundly inspiring.

One group has decided to put a name to their efforts, coining their new movement Spray Their Names (STN). “Spray” denotes the way they create art — through spray painting detailed murals. “Their Names” are the “oppressed, neglected, and silenced individuals” as well as the voices of activists and community leaders. Primarily, the silenced individuals are black and brown people who have been murdered by police. The lead artists of the project are Hiero Veiga and Thomas “Detour” Evans. 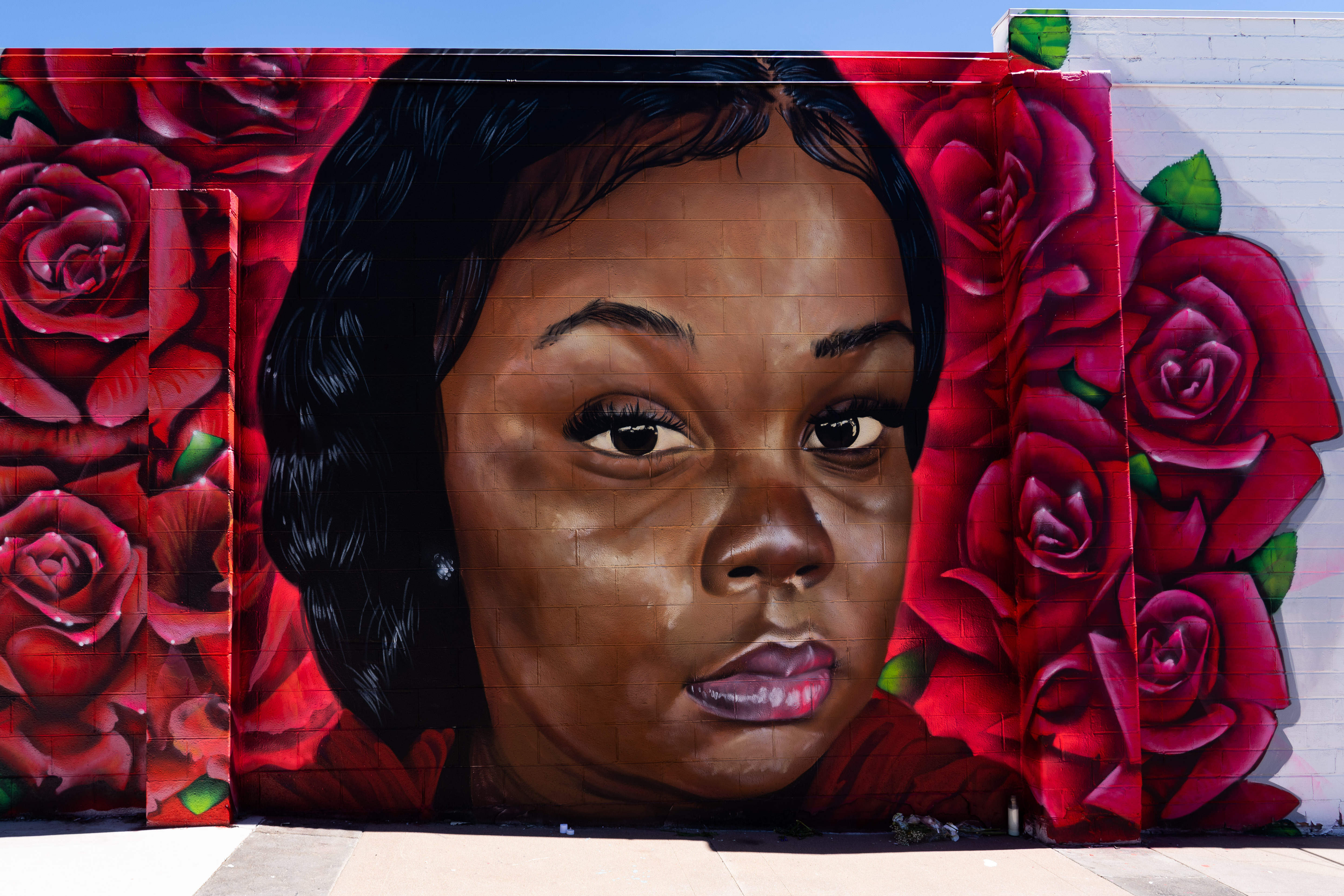 STN was initially sparked after Veiga and Detour painted a mural of George Floyd on East Colfax following days of protests near Denver’s Capitol. That one was followed closely by a mural of Breonna Taylor painted by Veiga, Detour and Just. The third, a portrait of Aurora resident Elijah McClain, sealed the series as part of an ongoing project. At that point, Veiga and Detour started bringing in other artists like Chelsea Lewinski, who painted Atatiana Jefferson on the wall near McClain’s portrait, behind Epic Brewing in RiNo.

“I can’t say I started it because stuff like this has already been going on,” Veiga commented. “A lot of us have been doing stuff like this for a while. We coined the name,” but it derives from a pattern of systemic racism and oppression of people of color, he said.

The reason he wanted to make a project dedicated to these silenced individuals is that he’s tired of seeing the normalization of brutality against BIPOC. “Black people dying on Facebook and Instagram is normal. And I’m not comfortable with it anymore. I’m sick of living with the trauma,” said Veiga. [STN] allows us to expel that negative energy.”

So far, the majority of the murals have depicted individuals who died at the hands of police, but as STN evolves, so does the reason for painting the portraits. The most recent mural painted by Veiga and Detour is on the side of Leon Gallery on 17th Avenue and depicts a local woman who was murdered in broad daylight just last week while out with her boyfriend and dog. Thallas’ sister Lucia helped with some of the painting in a cathartic experience that Detour shared with his followers. He wrote, “with the family helping to physically create the mural, art is being used as a therapeutic activity to not only grieve in a supportive group, but also to help keep her memory alive.”

Denver is the first city for STN, but it won’t be the last. Veiga, Detour and the other artists involved are already working on travel plans to other cities across the US. Next up is Miami, Los Angeles, Providence, Boston and New York City, but that is only the beginning. In each city, STN will partner with local black, brown and ally artists and community leaders to ensure that local stories are told the right way, with respect.

“This is a chance for us to mourn people’s lives and make sure their stories are heard and see a whole community come together to pay respects to someone they didn’t know,” Veiga said.

To donate to Spray Their Names, visit the GoFundMe page here.