Tejon Street Corner Thieves Are Making the Most of Quarantine

The last couple of months have been hard on not just Denver locals, but the rest of the world. We’ve survived toilet paper shortages, done our best to adhere to social distancing guidelines and ultimately maintained hope that it will all end before we lose our sanity. While at an individual level it appears as though the worst is over, on a larger scale, the future is still uncertain. For the music industry in particular, it’s unclear what the future of live music will look like and many smaller musical acts are nervous about what future changes could hinder their ability to make a name for themselves. Fortunately, there is hope to be found among the bands who are thriving during this time. Most notably, Colorado band Tejon Street Corner Thieves are not just surviving during the pandemic – they’re having arguably the most exciting year of their career, despite the current state of the music industry.

While most of the music world has been on pause, Tejon Street Corner Thieves have been garnering a lot of attention at both a local and national level. Carefully creating music since 2013, the COVID-19 pandemic of 2020 provided the outlaw bluegrass group with the opportunity to reach a new base of fans with their out-of-the-box thinking. 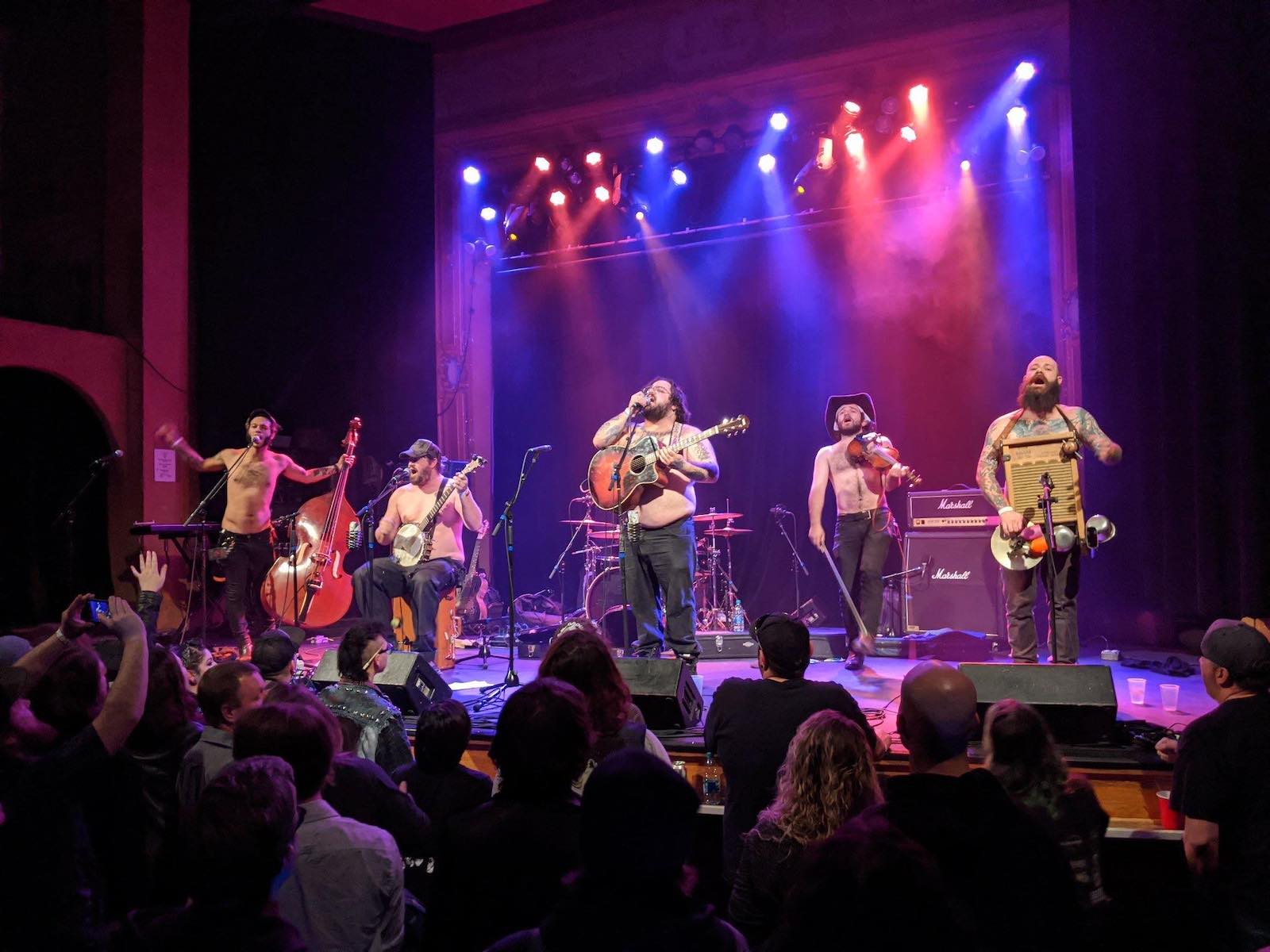 With the cancellation of many of their live shows, the band found themselves with plenty of free time to play music, but no fans to play it for – at least not in a live setting. While many bands, both locally and globally, have been joining their fans via live streams, Tejon Street Corner Thieves has made an impact on their community of fans in a far more personal way. 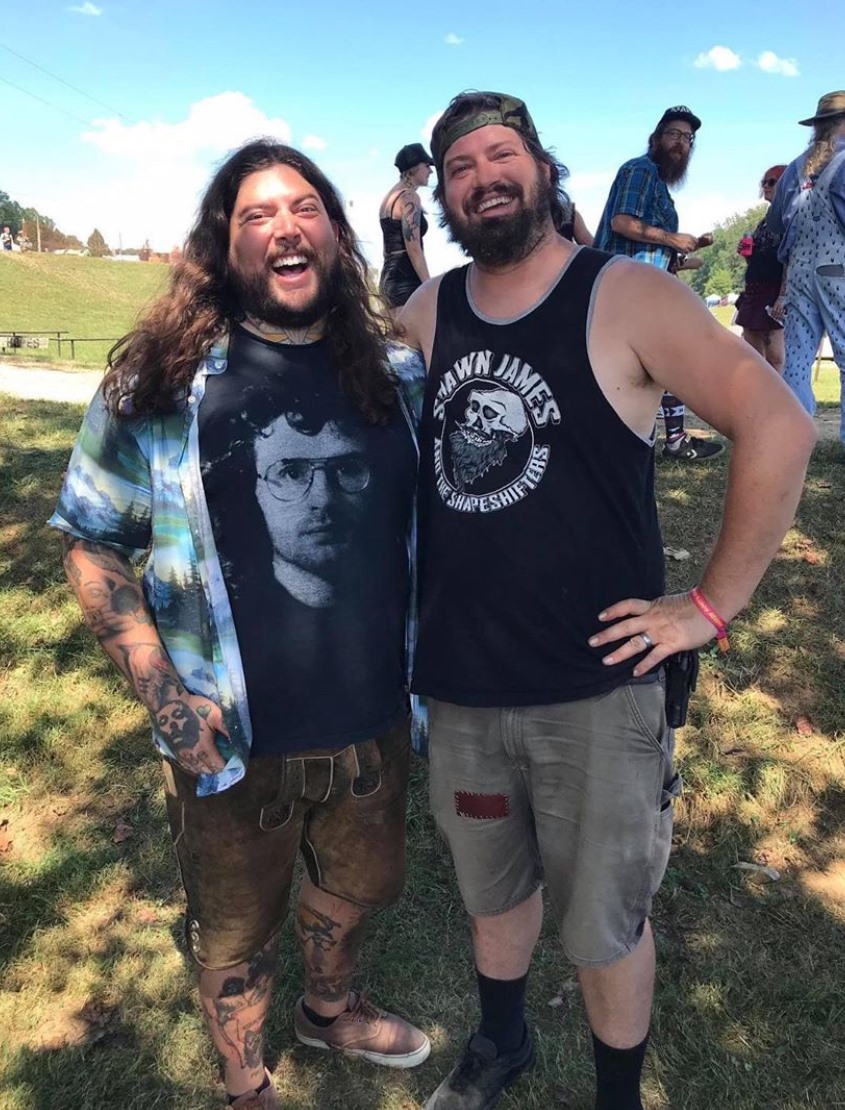 Amigo the Devil and Connor O’Neal

The band members who are here locally have started taking their show on the road, in the most literal sense of the phrase. Piling their gear into a school bus, half of the band has been giving back to the community by playing shows right in front of fans houses. “We had to cancel a bunch of shows. We were actually – some of our touring line up is out of state, and they had come to [Colorado] Springs to record a few tracks and then go on tour and a festival in Texas. And then this whole thing blew up and we ended up having to cancel that whole tour,” said vocalist Conner O’Neal. “I came up with the idea to do the bus shows as an outlet to keep playing so we don’t go crazy and to help the community stay positive as well.”

Playing shows from their bus, Tejon Street Corner Thieves have given the gift of live music back to their fans in a time when live music is on an indefinite pause. More importantly than that, they’ve ignited a spark of hope in those who have been fortunate enough to receive a somewhat private show from the bluegrass outlaws.

The bus shows point to a larger truth about the band. Loved for their genre pioneering musical perspective, these roadshows are just the latest instance of Tejon Street Corner Thieves’ unique outlook and creative approach to things.

However, the traveling show is just the beginning of the excitement Tejon Street Corner Thieves have generated during the quarantine. They’ve also found time to release new music in the form of singles that will also be released together as an EP. Most notably, they’ve become the first band to sign to Liars Club Records, a label founded by genre favorite Amigo the Devil.

Through their relentless tour schedule over the last handful of years, Tejon Street Corner Thieves have become friends with plenty of heavy hitters within the small genre. So, when it came time to release the first single off the EP, O’Neal called long-time friend Kevin Zinger to chat about publicity for the latest single. “We got to talking and I told him what we were doing with the bus and he thought it was a great idea,” said O’Neal. “He said, you know, if you want to we could team up and I could help promote this and make it official instead of just kinda helping each other out on and off – make it a more official business relationship. It kinda took off from there.”

It may not seem like signing to the label is a big change since Zinger and O’Neal have always tried to help each other out when they can. However, signing with a label gives the band more time to dedicate to the music. “I think what changes is that maybe I get a little weight lifted off of my shoulders personally,” said O’Neal. “I’ve been managing us and booking our tours and doing all that. I think that, if nothing else, Regime management is going to add a lot of support to us on that aspect.”

Already, the band has been able to use the support from the label and the management team to create a new music video, with the help of animator John Burness.

The video is for “Lay Low,” the first single release off of Tejon Street Corner Thieves’ upcoming EP. It follows the path of a shipwrecked sailor as he sinks to the bottom of the ocean. Surrounded by pirate skeletons and sinking into the depths, it’s a perfect accompaniment to a single that has already generated a fair amount of enthusiasm for new music among their fans. 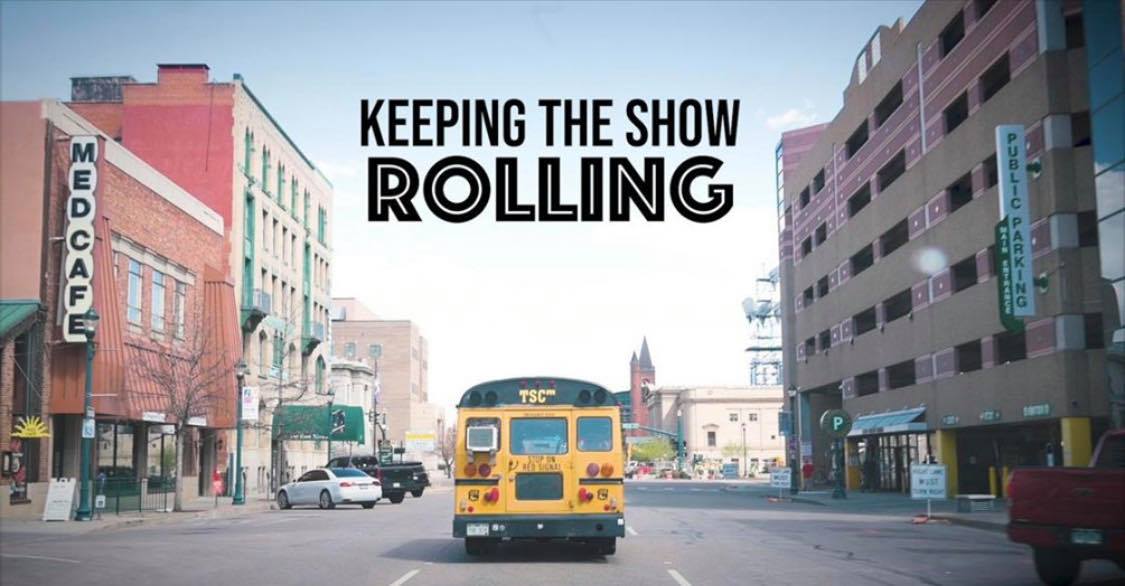 While there are no certainties in life, it’s clear that Tejon Street Corner Thieves are only beginning their ascent to success. Locally, they’ve consistently delivered music that their fans love – and will continue to do so. Their full EP, Demons, is scheduled for release on May 15. With two singles already available via streaming platforms, it’s apparent that they’ll continue to deliver music that excites their fans.

After the release of the EP, timeframes are uncertain for Tejon Street Corner Thieves. Touring and recording may have to be on hold for a while, but the band has no intention of calling it quits. As soon as they’re able, they’d like to finish the album they started before everything was put on hold. Eventually, they’ll return to touring and hopefully will still be able to make appearances at some of the festivals they’ve already scheduled.

In addition to their bus shows, Tejon Street Corner Thieves are doing regular live streams on social media. Follow them on Facebook for updates.

All photos courtesy of Tejon Street Corner Thieves on Facebook.