Two weeks ago, on March 26, 303 Magazine ran a story about two community-oriented organizations — WeAreDenver and the Black Actors Guild — who planned to jointly launch a live stream network featuring the talents of local creatives. According to their vision, videos from hundreds of Denver artists, musicians, dancers, craftsmen and more would be compiled and then streamed online, with each creatives’ digital donation link listed at the bottom of the screen. Black Actors Guild’s Director of Operations, Ryan Foo, pitched the project as “a way for artists to share an optimistic message, check-in with how they’re doing, and be reciprocated for sharing some of their dopeness online.”

Ecstatic to share proof of community power and some all-around good news, we return to this story with an update: Westword, Arise Music Festival, PBS12 (formerly Colorado Public Television) and Headroom Sessions have all signed on to support this project, called the WeAreDenver Network. Beginning April 13, the network will stream a new content segment — brought to you by one of five partnering businesses — every weekday for 90 days. Below we’ve listed the schedule for the coming week:

As originally promised, viewers can tune into the network 24/7, where previously live-streamed content will play on a loop until the next live segment commences. Viewers can tune in on the WeAreDenver Livestream website or see HD versions on Youtube and Twitch.

The organizations that recently stepped up to be a part of the WeAreDenver Network were understandably inspired by its momentum and rather auspicious start. When WeAreDenver and the Black Actors Guild initially proposed the idea, they announced to the public their plan to launch the live stream after receiving a few hundred submissions. They had hoped to reach this benchmark sometime in early April, but it came much sooner — by April 1, the live stream kicked off. Kid Astronaut, Los Mocochetes, Suzi Q. Smith, Turvy Organ, Felix Adoyele, Wes Watkins and Yasi are several of the more than 30 performers who took part in the live stream launch. The network now refers to the April 1 content fest as “Season One.”

Given the success of its first live event and its newfound alliance of backing businesses, the WeAreDenver Network’s next stage, “Season Two,” should register on everyone’s radar.

To find more information about the network’s submission guidelines and details about payment and streaming, check out its FAQ/Submission Form and WeAreDenver.org. 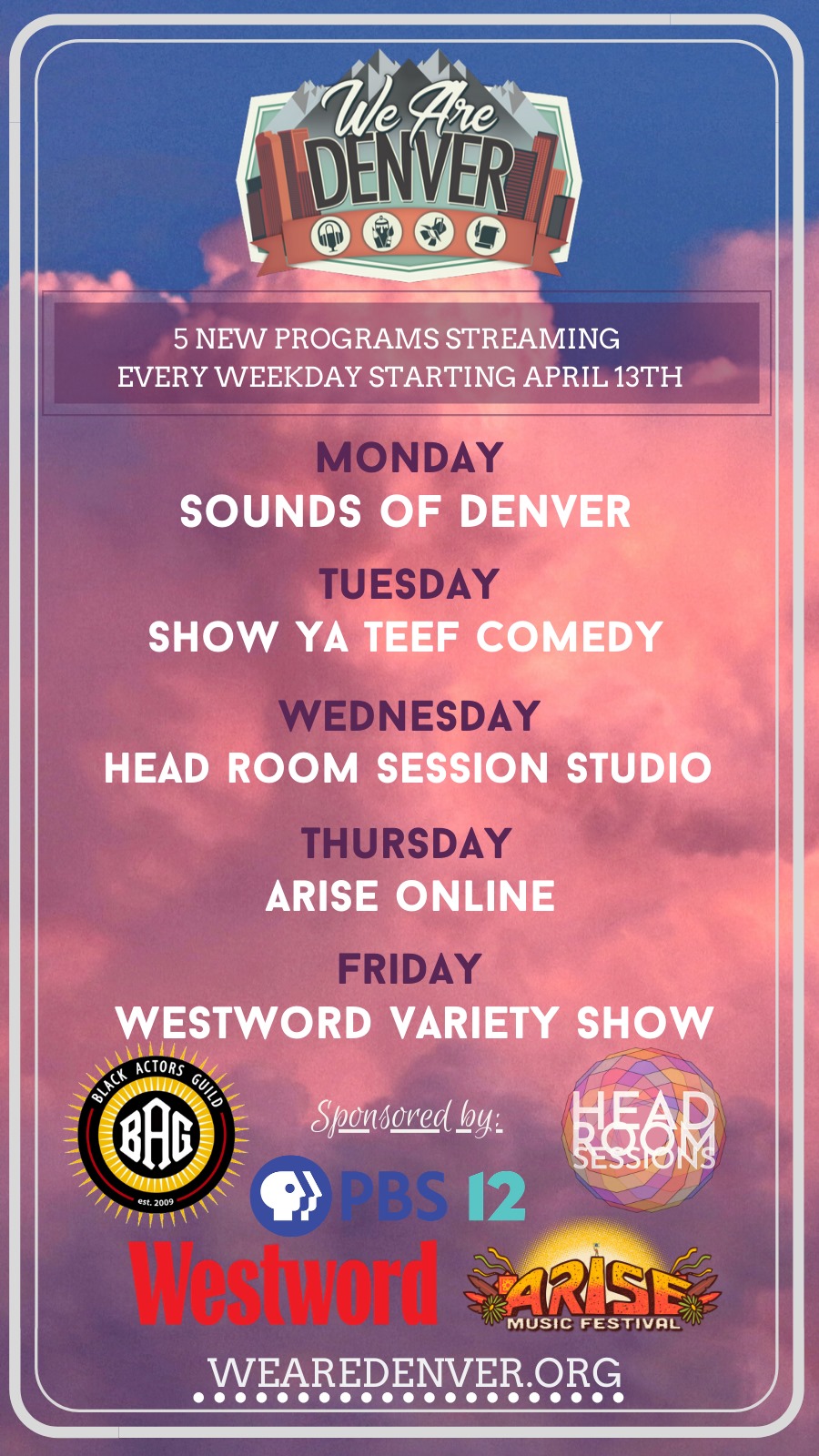 Graphic by WeAreDenver and courtesy of the organization’s Facebook