Getting a food company off the ground when the restaurant industry just laid off thousands of workers is bad timing, but chef Derrick Cooper isn’t too worried. The former Preservery executive chef recently launched Open Fridge, a food prep, catering and consulting business. Despite a lag in orders and consulting gigs put on hold, he’s remained the adult in the room.

“This will be over before you know it and hopefully everybody filed for their unemployment,” he said.

Chef Cooper and his partner Laura Jean, who owns a cannabis non-profit for veterans, have one full-time employee, and the cooking operation runs out of three commissary kitchens. The low overhead is helpful while braving stormy economic weather.

Cooper’s learned what to do and what not to do after so many years in the industry. Now 34, he started in a kitchen at 14 years old. He made fancy croissants and smoothies at the Northwest Plaza mall in his home town of St. Louis, Missouri. He lied about his age to get the job, driven by the inexorable power of shoes — if he wanted them, he had to use his own money. 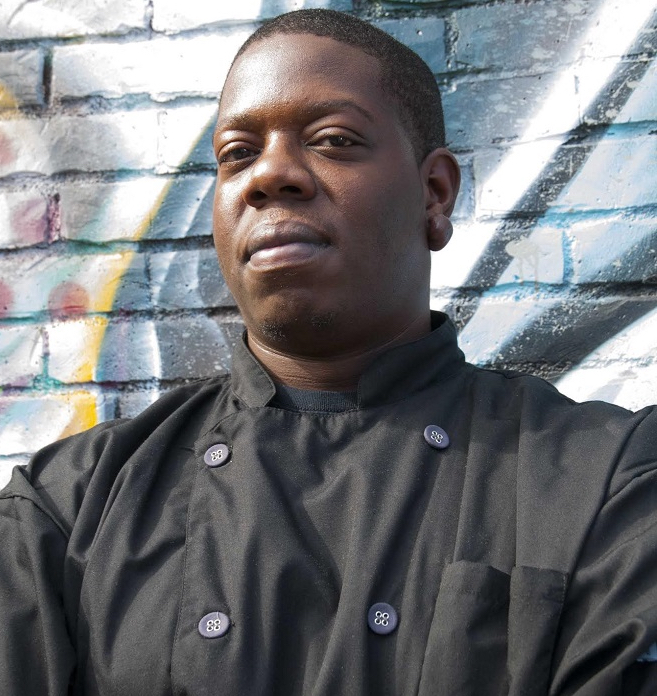 Cooper’s interest in food started before his interest in footwear, with PBS cooking shows. “They came on way back in the day, before the Food Network. I would flip up the couch cushion and pretend it was my grill,” he explained.

Cooper switched from living room furniture to kitchen utensils and his skills have grown ever since. He worked his way up the restaurant ranks, went to culinary school, all while paying special attention to the front-of-house, too.

“We are not trying to be the cookie-cutter, Denver, tucked-in-plaid shirt, workout-outfit and I haven’t been to the gym in two weeks shit,” he says. “It’s not for the yuppies.”

Cooper isn’t a yuppy. He’s welcoming and generous with his time. You can find him at Tetra Private Lounge or sharing his love of food over a shot and a basket of chicken wings, a favorite of his. Classic Italian, Cajun and Creole are also some personal preferences, but the meal prep business leans on the healthier side. Open Fridge serves large keto-centric — protein and veggies — portions. Cooper quickly admits that “keto” could be misleading. “It’s not workout food,” he said. “You don’t have to cut out flavor to cut out heart disease.”

A week’s supply includes 10 meals, five salads and two snack bowls for $150. He preps and cooks the rotating menu each week and only makes exceptions for food allergies and items people strongly dislike. The week’s supply is delivered for free every Thursday.

“There are very few (meal prep) companies where the chef is in the kitchen,” he explained. “That’s a major draw. I am fully hands-on with my own company.”

He offers catering too, but the other major component of Open Fridge is the consulting business. Operations are currently on pause, but Cooper’s implementing food programs into all three Grist Brewing Companies, which have never served food before. The three locations in Lone Tree, Highlands Ranch and Sterling Ranch range from no-frills neighborhood bar to high-end concepts.

The consulting business currently buoys the food prep business he’s in and says he’s in no rush to expand into a large scale operation.

“I wanted to more or less live or die with my own decisions,” he stated.  “I am not worried about being that commercially correct chef and having some corny company. I am a real person. I’ll really kick it. I’ll really meet you at the bar for a dink. I am just normal.”

During this challenging time, it’s important to keep locals in business. You can order form Open Fridge by calling 720-345-2275 or emailing [email protected] Deliveries are free. Chef Cooper is Serve Safe certified and works out of Denver kitchens approved by the health department. Find updates and menus on his Instagram @coopdaville85 or @openfridgegourmet.