Few people have more passion about creating Asian cuisine restaurants in Denver than Shuang Crossland.  She is the woman behind One Concept Restaurant Group — the parent company of Go Fish Sushi, Poké Concept, The Bronze Empire, Kung Fu Tea and Makizushico. 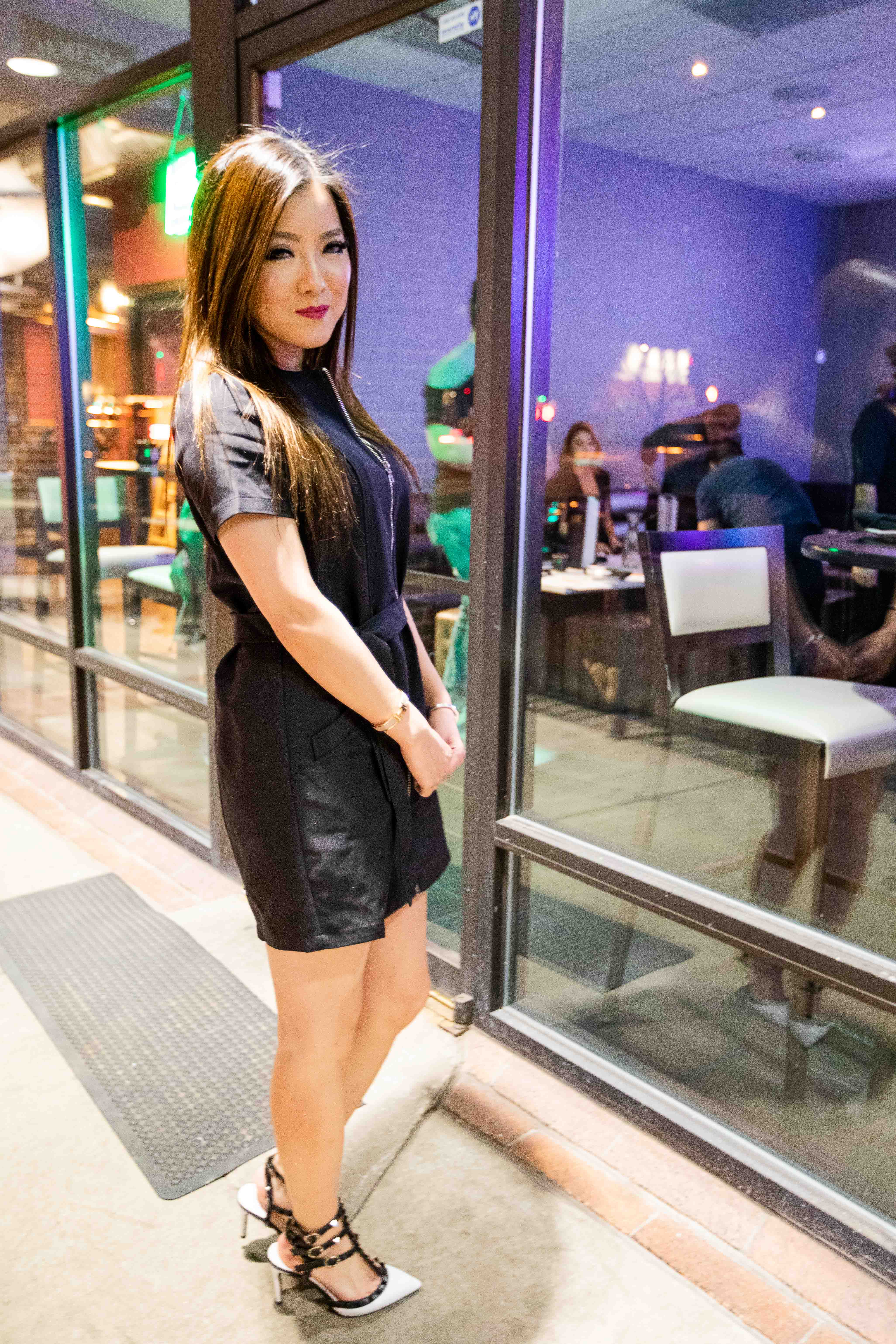 Having grown up in Dalian, China, Crossland took inspiration from watching her mother and grandmother cook. Having a career in the restaurant world wasn’t her first thought — she was always interested in cosmetology or fashion design. Jokingly, Crossland said none of her friends or family wanted her to do their makeup so she took that as a sign to move on. When Crossland and her family moved to the US and settled in Colorado, she switched her focus to higher education — specifically international business at Metropolitan State University of Denver. While in school she held a few hostess jobs at various Korean restaurants. Though it kept her busy, it also slowly pulled her into the restaurant industry. 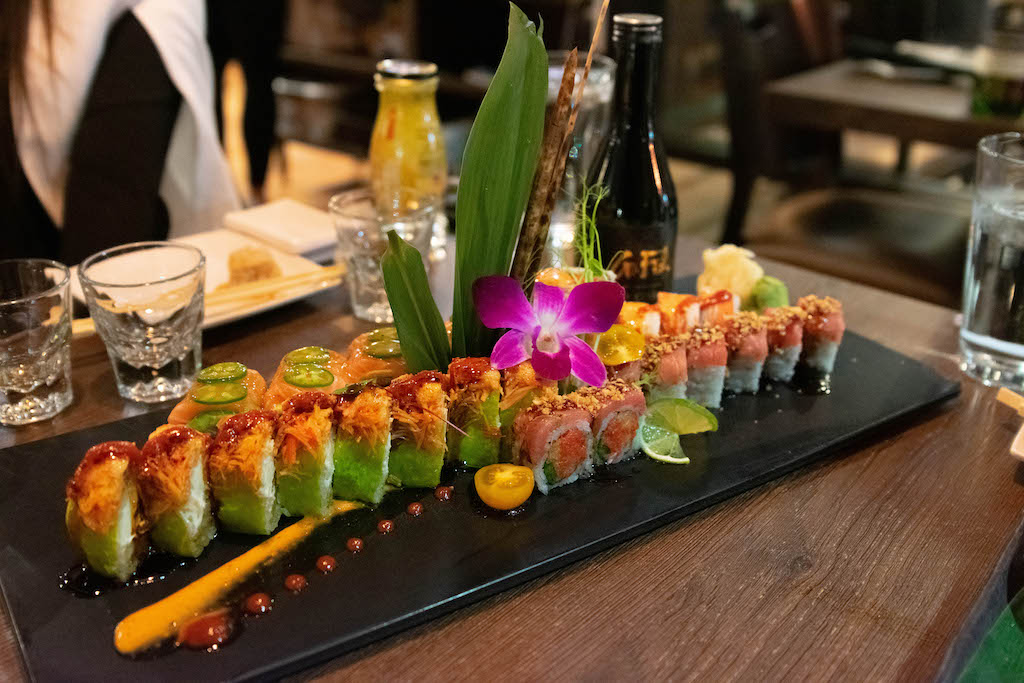 Though Crossland didn’t finish school, it was the server role she landed at Go Fish Sushi that led to her future path. Her inner battle of wanting to improve and reinvent various aspects of the restaurant led to a partnership offer with the restaurant’s owner and thus became her new passion. After taking the reins at Go Fish, her next restaurant project came to her unexpectedly but at the perfect time.

After seeing how well Crossland had been running Go Fish, owners of The Bronze Empire reached out to her asking if she would like to assume ownership of their hot pot restaurant. Crossland recognized the potential that Bronze Empire had and found that its main clientele was the Chinese community in Colorado. Rather than taking full ownership of Bronze Empire, Crossland decided to share ownership with the original owners and help them make it more successful.

“[Bronze Empire] was an easy decision, because Chinese hot pot is what I grew up eating. Each restaurant is different from the other so they are free to adapt to each concept,” Crossland said. “The concept I was going for at Bronze Empire is a newer version of hot pot.”

At the time there were only a few hot pot restaurants in the area. Crossland noticed Denver’s growing population would bring a unique niche for this cuisine if it was marketed correctly. And with that, The Bronze Empire became her first booming restaurant after Go Fish Sushi. 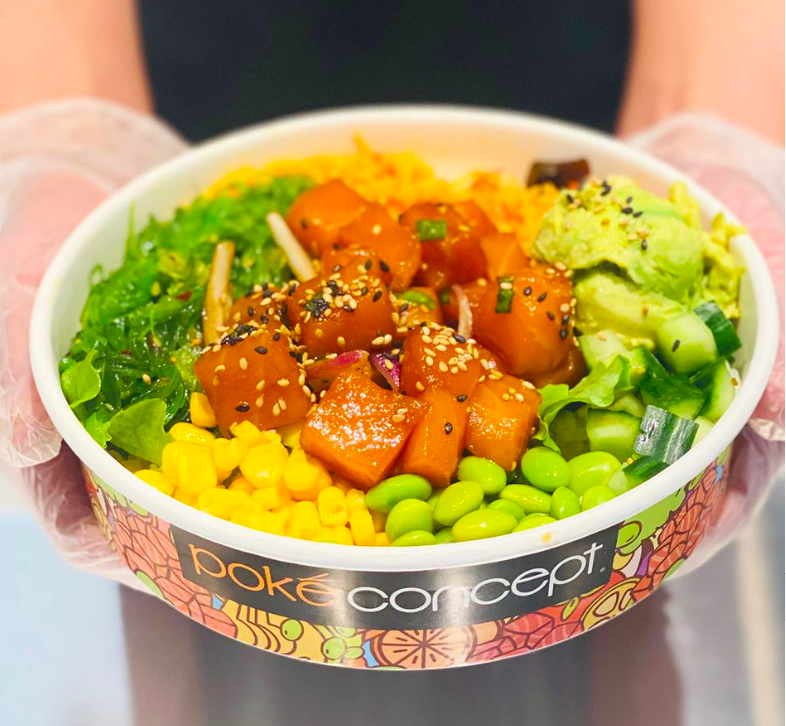 After each restaurant concept became self-sufficient, Crossland was quick to move on to her next endeavor. With inspiration from a trip to Hawaii, Crossland decided it was time to open a traditional poké restaurant, simply dubbed Poké Concept. With various locations locked in for Poké Concept and other ideas in the pipeline, Crossland formed the unified banner, One Concept Restaurant Group (OCRG).

OCRG is set up with Crossland and her partner who mainly deals with back of house operations along with three directors. Restaurant ideas such as OCRG’s newest, Makizushico in Littleton come from a creative collection between the team. Once the construction, themes, locations and chef roles are fulfilled — OCRG looks for talented managers to run the day to day operations for each restaurant. Usually, Crossland looks to her team at Go Fish, The Bronze Empire or Poké Concept for opportunities to promote from within. 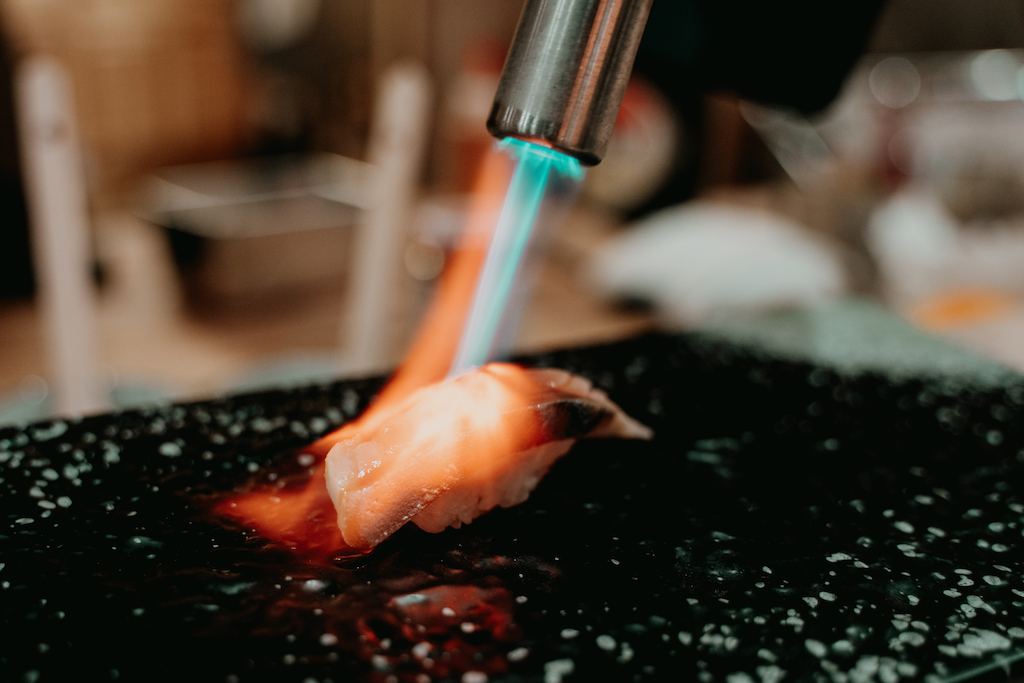 While a majority of the restaurants under OCRG are unique to Denver, one of their concepts is originally from New York. Crossland opened her own Kung Fu Tea franchise in 2017 with her twin sister Lian — who is a real estate agent, which is instrumental when Crossland searches for future locations. After selling out at its first Denver location opening, Kung Fu Tea has become a very lucrative concept for OCRG. In fact, Kung Fu Tea is set to open a Stapleton location sometime in April 2020.

Despite this recent rapid growth, none of Crossland’s business ventures are done on a whim — some of her conceptions have been floating around for years before any of them come to fruition. It’s Crossland’s serious business mindset that makes her successful in this industry — while her fun and caring side shows her team that all her efforts are dedicated to them.

“I’ve worked with bad companies before where they didn’t value their employees, and it really showed,” said Crossland. “I’m forever dedicated to my team because there is no way I could do anything by myself, I need them just as much as they need me.”

“She gives everyone the ability to show her what you can do. She has such an eagerness to teach and help others succeed just as much as her,” said OCRG director, Antonio Gudino.

As for creating successful restaurant experiences, Crossland is always looking at Denver’s demographic to see what each community wants from OCRG. As much as Crossland is working towards future restaurant ideas, she is always grateful for the connections made at some of her longest-running restaurants like Go Fish Sushi.

“I enjoy being able to see children grow up as they visit my restaurants over the years. There’s this father and daughter that have been coming to Go Fish since I was just a server. I remember when she was so little, all she could eat was two or three pieces from a California roll and now she’s a teenager eating raw sushi. It’s so awesome to get to see families really grow up,” said Crossland.

It’s experiences like this that drive her to create more restaurant concepts for families all over Colorado. While Crossland has the desire to take brands like Poké Concept global, she still very much wants to remain local.

With a couple new restaurant concepts on deck for 2020, OCRG hopes to change the face of Asian cuisine in Denver. Their newest ventures are reportedly unlike any of their current concepts.