This weekend, emo underdogs Have Mercy will bid farewell to a career that has spanned just under a decade. The 34-date tour will bring them through Denver, making a stop at the Marquis Theater, where they will figuratively pass the torch to an up-and-coming band who is quickly rising to notoriety within the alternative scene: Fredo Disco.

Fredo Disco started as a solo project, spearheaded by Fredo Fosco – a teen who gave up trying to fix autocorrect every time it determined his last name was a typo. After uploading his songs to Soundcloud in his spare time during high school, things started to take off for Fosco who’s spent the last year touring with popular alternative bands like Tiny Moving Parts. We caught up with Fosco before he returns to Denver this weekend to learn about what it takes to jumpstart a career on Soundcloud and how it compares to working with a record label.

303 Magazine: You got your start in high school when you were uploading songs to Soundcloud, can you talk to me about that? 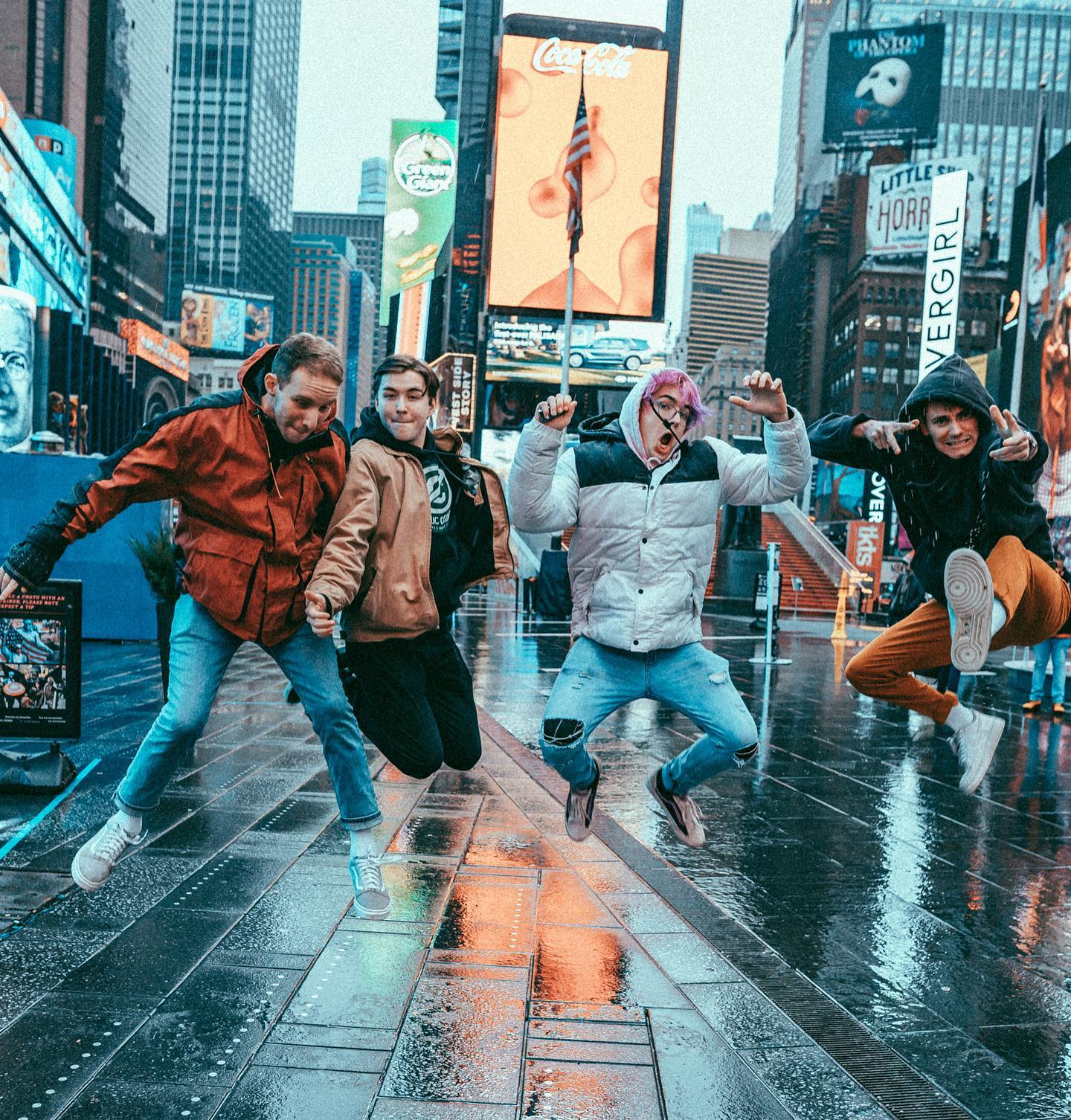 Fredo Fosco: Soundcloud was the first place where Fredo Disco lived. I would write and record a song a week for just about all of 2017 and then post that song on my Soundcloud page every Monday, hoping to get placed into the weekly playlist they have. Most of the time it would work out pretty well and we would get playlisted, and doing that was a huge move for the beginning of Fredo Disco.

303: This is a really exciting time for aspiring musicians because of platforms like Soundcloud that make it so easy for artists to get their music out there. Do you have any advice for aspiring artists?

FF: Honestly my advice now would be to NOT use Soundcloud and instead run the Spotify algorithms as hard as you can. Every time you upload a song to Spotify and submit it for playlist consideration it’s like buying a musical lottery ticket, and the more tickets (songs) you get the better your odds of being chosen are!

303: Since then, Fredo Disco has grown to include other members, how has that changed your creative process?

FF: I’ve been playing music with Max [King] and Colin [Riordan] for close to eight years now so we know how to work with each other really well. Honestly, the biggest (and best) change has been adding Aidan [Cada] to the mix. We really struggled with finding a consistent bass player for the project until we met Aidan, and he brings everything and more to the table.

303: Aside from adding band members, it seems like things have progressed very quickly for you. You’ve also added on a booking agent and signed to a recording company. What is that experience like?

FF: It’s been super interesting!! Being a solo musician in high school/college with no touring experience was super intimidating at first because you’re surrounded by people who know much more than you, but over the past year and a half, we have learned a TON and don’t feel so lost anymore. Touring absolutely rocks.

303: Having created and released music independently from your bedroom and then done it from the opposite end of the spectrum working with a record label, can you take a little bit of time to compare and contrast both of those processes?

FF: Oh it’s WAY different, but definitely what we want to be doing. Recording in a bedroom/basement is really fun and super free to do whatever you like, but at a certain point, we felt like we wanted to really test what we know about writing/recording and work with some outside perspectives. The recording process is much longer and more drawn out now, but also way more intentional with everything that makes the final recording. It’s cool getting to experience two sides of the same coin.

303: With the dominance of streaming platforms and more artists attempting to do things on their own, do you think that the music industry is going to shift towards more of a DIY industry? 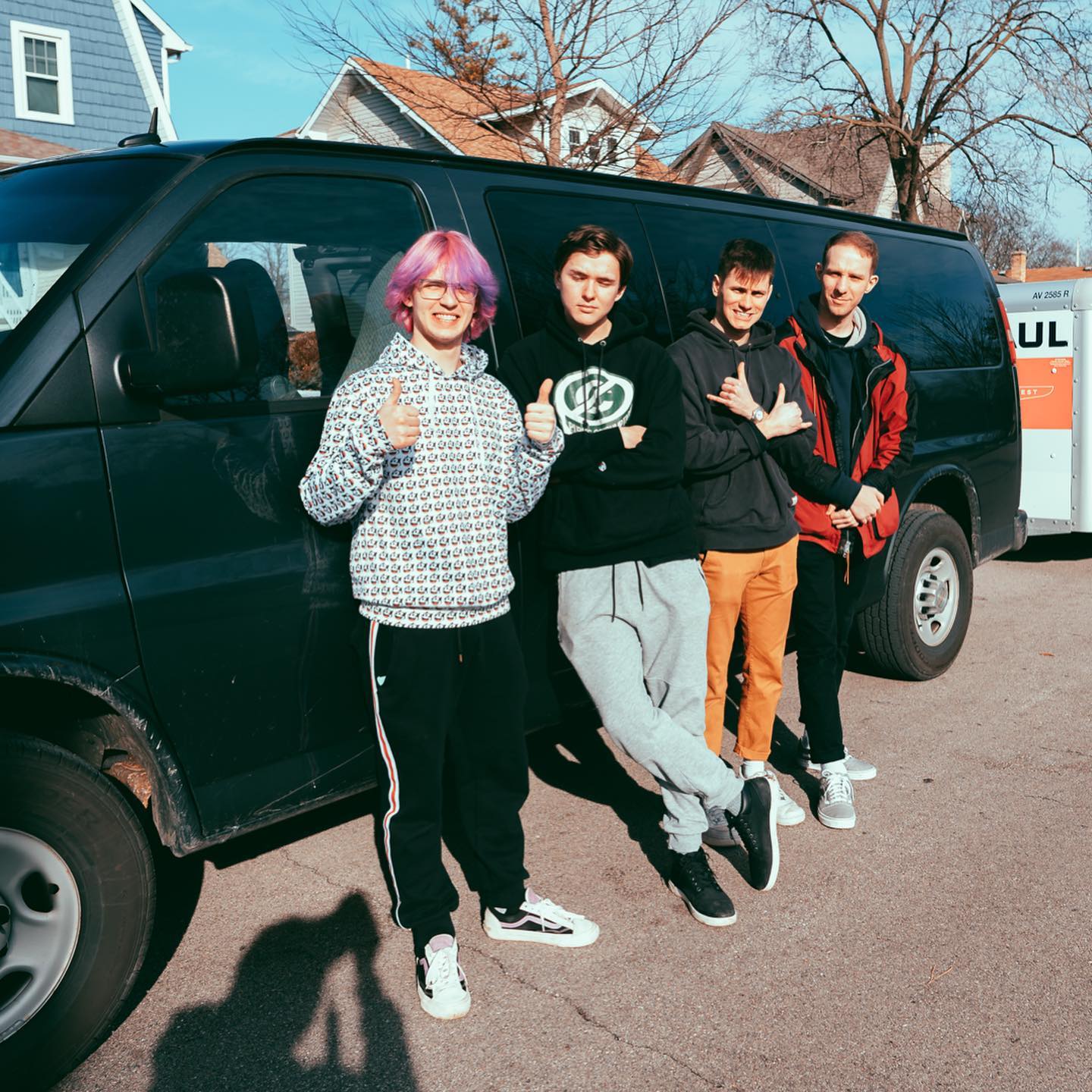 FF: Absolutely. I constantly try and compare what works/what doesn’t work in regards to how releasing music and has traditionally been promoted versus how I released it myself, and there are many similarities and differences between the two. In my opinion, the more that playlisting on Spotify/Apple Music becomes automated and uses the algorithm to pick songs the less need it is for people to try to sign away their music someone else who will just hit the submit button for them.

303: What do you predict is going to be the biggest change within the industry in the next 10 years?

FF: I think that Amazon will buy Spotify pretty soon and the Spotify algorithm will pretty much replace the need for radio/human-curated music. I’m also fairly certain that at some point online influencers will be compensated for spreading new music and treated as the “new record labels” of the future.

303: What would be the most concerning change that could happen in the music industry, in your opinion?

FF: The label bubble bursting open without people knowing what to do after.

303: While all of that is uncertain, one thing that is certain, you’ll be in Denver again – the last performance you had here was at the end of October with Tiny Moving Parts – when you stop with Have Mercy. What are you looking forward to about that show?

FF: Yes we will!! The legal weed is always awesome in Colorado, and the mountain range is one of the best views of the whole tour. Looking forward to playing there!!!

Fredo Disco will perform alongside Have Mercy on March 7 at the Marquis. Tickets are available here.

All photos courtesy of Fredo Disco on Facebook unless otherwise noted.