Artists and Poets are Decorating Boarded Up Windows on Broadway

A few days ago, small businesses around Denver started realizing that closures of their businesses could lead to break-ins and vandalism. To combat that possibility, many began boarding up the windows and doors with pieces of plywood. And one business owner started a GoFundMe campaign to raise money for other businesses who couldn’t afford the plywood or the time to secure it. Her name is Erika Righter and she owns Hope Tank on Broadway — a small gift shop where a portion of every sale goes to charity.

Boarding up the businesses is only the first step in Righter’s campaign, however. The next step is to have local artists and activists create pieces of art on top of the plywood and pay them for their services. She wrote on her GoFundMe page “most of our local artists are also suddenly out of work, so we think this will be an awesome way to support both a small business and an artist! We want for our community to see visual representations of hope!”

So when Righter boarded up Hope Tank’s windows and door on March 24, she was happy to ask Jack Avila — a tattoo artist at Sol Tribe Tattoo — to paint a design. That same day, Suzi Q. Smith, an award-winning activist, poet and educator who has shared slam poetry stages with people like Talib Kweli, reached out to Righter to see if she could put poems onto the boards as well. Of course, Righter agreed.

But it wasn’t just Smith. The other poems now adorning the plywood at Hope Tank belong to Kerrie Joy and Colorado Poet Laureate Bobby LeFebre as well. LeFebre was awarded the post last year and has attracted more attention to it than maybe any other Laureate in the past — partly because he is the youngest and first one of color, but also because he is approaching it with an activist mindset rather than a romantic one. 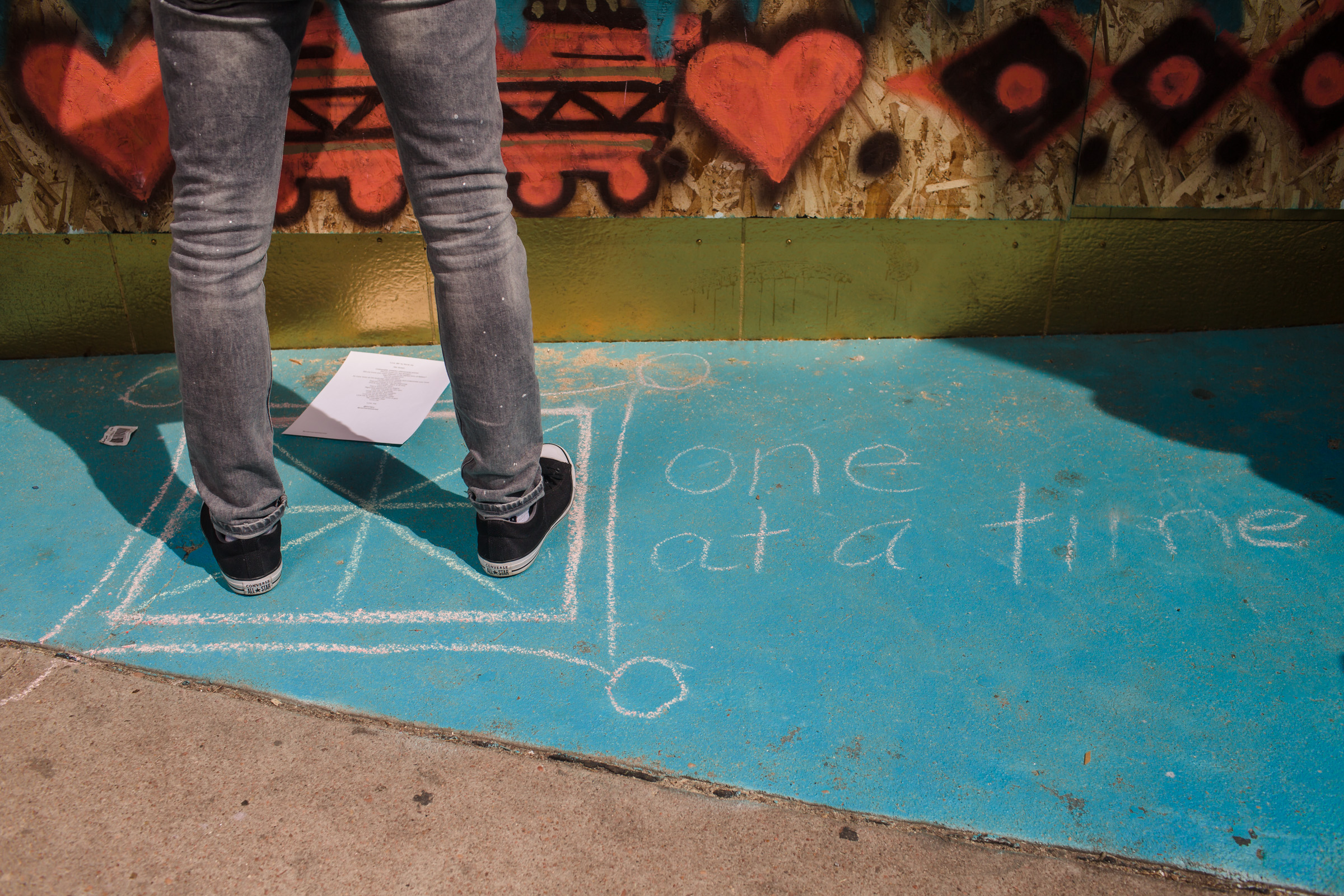 The poets worked with homemade masks or bandanas on their faces, standing six feet away from each other at all times to follow social distancing requirements. To ensure that, they drew chalk squares on the ground at the appropriate length and took turns affixing their poems to the plywood one at a time.

Righter mentioned that she would love to see artists create something that allowed for community interaction, even though at this time the interaction must fall under strict guidelines. Her wish was granted at Hope Tank, where the poems offer a moment of introspection to readers and passers-by.

So far her GoFundMe campaign — which is only three days old at the time of publishing — has raised just over $1,200. Businesses who need help boarding up their storefronts should reach out through The Hope Slinger’s Community Brick and Mortar Board-up Fund Facebook page. “We are paying for supplies if needed (some will be donated) and paying people to install the boards,” said Righter. She mentioned that some people are offering their time as a donation. Artists interested in designing and decorating the boards for a stipend of $200 — “which is not enough but just to get some cash in their pockets now,” Righter explained — should connect through this website.

Part of the goal of the fund is to also shed light on the non-essential businesses that are still offering services that comply with the stay-at-home order. For Hope Tank, that means selling gift certificates, accepting donations and offering delivery with a flat fee to anyone within 10 miles of the store.

“Instead of driving and walking past blocks of boarded-up storefronts that remind us of our fear and anxiety,” commented Righter, “let’s give our community hope!”