Air pollution is still a major climate issue, even though we’ve come a long way in the US since the smoggy days before the Clean Air Act went into effect in 1963. We might not be able to see the pollution in and around our cities as much any more, yet it remains, impactful to our respiratory systems and well-being. And as political regulations fall behind in finding solutions to the problem, innovative people are thinking up new ways to tackle it.

That is the thought behind Aspen’s Community Office for Resource Efficiency (CORE) annual event titled Imagine Climate. “By fusing art and science through the lens of creativity, Imagine Climate shows us the way to a carbon-free future. This is the heart of our mission at CORE,” said executive director Mona Newton. CORE started in 1994, with the main aim of cutting emissions and mitigating climate change in the Roaring Fork Valley. Imagine Climate focuses on solutions to climate change that involve the integration of art and creativity, and since it’s only in its second year, it coincides with the rapidly increasing interest in art and culture in Colorado.

For one month each year, Imagine Climate offers community events in the Roaring Fork Valley. Workshops, gallery exhibitions, discussions with experts and even live music happen — all in the name of fighting climate change and reducing energy waste and emissions. The timing of the event is planned during a month that has started to bother residents and climate experts in the Rocky Mountains — the end of ski season. At this time, when the tourist season is at an all-time high, ski resorts have been met with receding winters and disappointing snow totals, which are symptoms of the larger issue of climate change on a global scale.

This year, Imagine Climate started on February 25 and will continue until March 18. The centerpiece of the event is all about turning emissions into art. In a creative attempt to sequester carbon, an MIT spinoff called Graviky Labs has invented a device for capturing emissions, which are then turned into black ink. It’s called AIR INK. 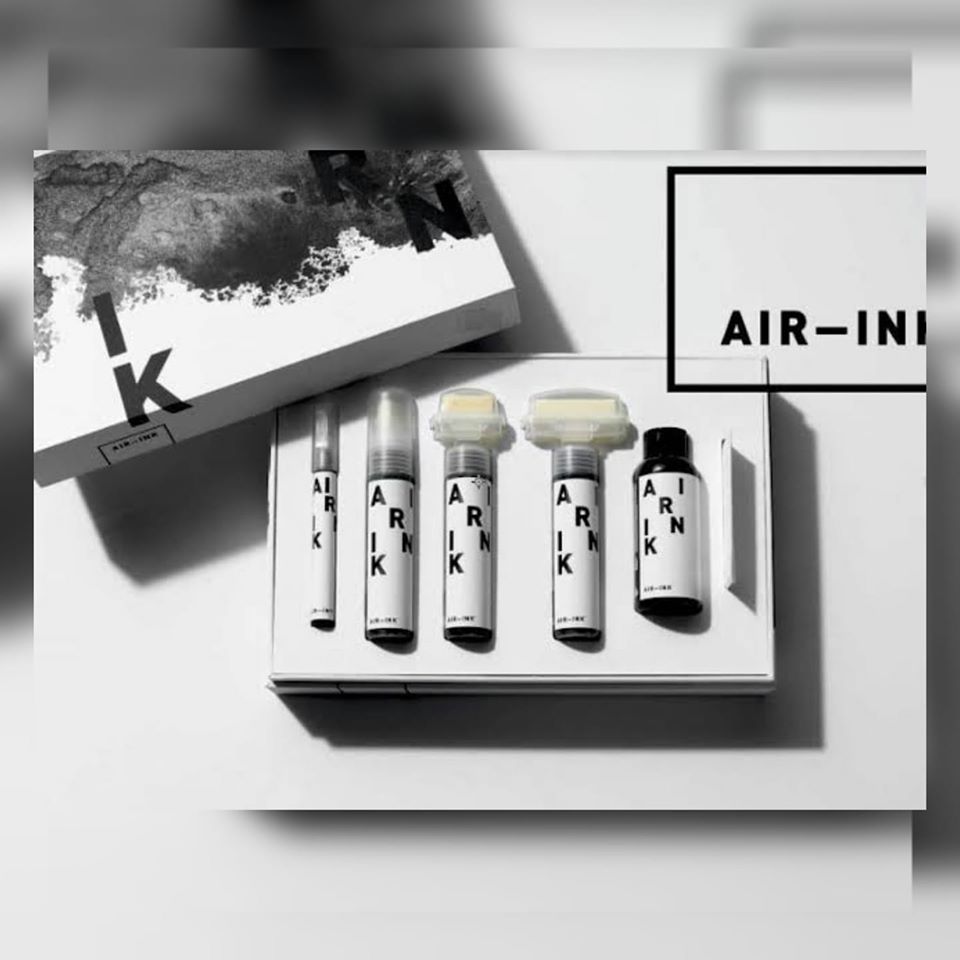 Imagine Climate partnered with the co-founder of Graviky Labs, Anirudh Sharma, to bring AIR INK pens to four artists who are based in the Roaring Fork Valley — Kate Howe, Chris Erickson, Kelly Peters and Brian Colley. The artists were tasked with drawing an eight-by-eight-foot billboard that will be on display for the entirety of the month-long summit, paired with a bilingual message in English and Spanish that reads “This art is made from carbon emissions/Esta pieza esta hecha con emisiones de carbono.”

The billboards can currently be found on display at the Aspen Art Museum, Lions Park in Basalt, The Collective in Snowmass Village and The Launchpad in Carbondale.

“I used to think the sheer scale of this issue [carbon emissions] can make us feel powerless,” commented Sharma. “But when you connect ideas with passion and creativity, amazing things are possible.”

Each artist was given a quiver of 15 AIR INK pens. The pens have cartridges with 45mL of black ink, sequestered from diesel engines through a unique device created by Graviky Labs. The soot produced by the engines is captured, processed using proprietary methods and then bottled as ink for painting, drawing, printing and more. The amount of ink in the pens used during Imagine Climate comes from approximately 12 hours of diesel pollution.

Graviky Labs hopes that by inventing sequestering tools like the one used for AIR INK, the air pollution we continue to produce from burning fossil fuels will never reach our lungs or atmosphere like it does now. Since its inception, the project has offset 700 tonnes of carbon emissions by creating 20,500 liters of black ink.

“Pollution is nothing but the resources we are not harvesting. We allow them to disperse because we’ve been ignorant of their value,” Graviky’s website boldly states.

One of the most interesting parts about what Graviky Labs is doing with AIR INK is synergizing two wasteful industries into one feedback loop that could be greatly beneficial in our fight on climate change. On the one hand, carbon-sequestering using Graviky Lab’s device could limit the amount of air pollution released from cars, boats, chimneys, refineries and other polluters by large margins. On the other hand, black ink which is currently made with petroleum distillate or soybean oil — two environmentally degrading practices — could be entirely replaced with upcycled AIR INK.

This is why Imagine Climate and Aspen CORE wanted to showcase AIR INK. It displays the perfect mixture of innovation and creativity in the fight against devastating climatic crises. By having locally-based artists create the billboards, Aspen CORE made sure the artwork was also relatable (and the artists who made it accessible) to the community. The other benefit of having different artists use AIR INK in their own creations is seeing the diversity of style possible with the carbon-negative pens.

After seeing the Climate Billboards created by these local artists (and by seeing how other artists have used AIR INK across the globe) it’s easy to imagine a future where our most basic artistic tools are all recycled or upcycled. Painting and art are some of the oldest endeavors of the human race. It’s evolved alongside us throughout the centuries. It only makes sense that as we approach a tipping point of environmental catastrophe, our methods of making art should reflect that.

Along with the Climate Billboards, Imagine Climate’s month-long exploration also includes a musical performance and conversation with DJ Spooky from his Antarctic and Arctic travels, a visual art exhibition centered around water and a panel about climate change and mental health. Through these events, the organizers behind Imagine Climate and Aspen CORE hope to inspire their community to tackle the climate issue with creative perspectives.

For more information and a full schedule of events, visit the Aspen CORE website here.

For more information about Graviky Labs and AIR INK, visit the website here.

All photography courtesy of CORE/Stonehouse Pictures