In the current state of musical genres, electronic-dance DJs and producers take center stage. From Kygo and Martin Garrix to Galantis and even still, the late Avicii, there’s always one song dominating the radio airwaves, on Billboard’s Top 100 and played throughout the night at parties and clubs. So in an industry full of similarity, it’s essential to stand out among the rest. You take the sound that puts you on the charts and create a career centered around it. 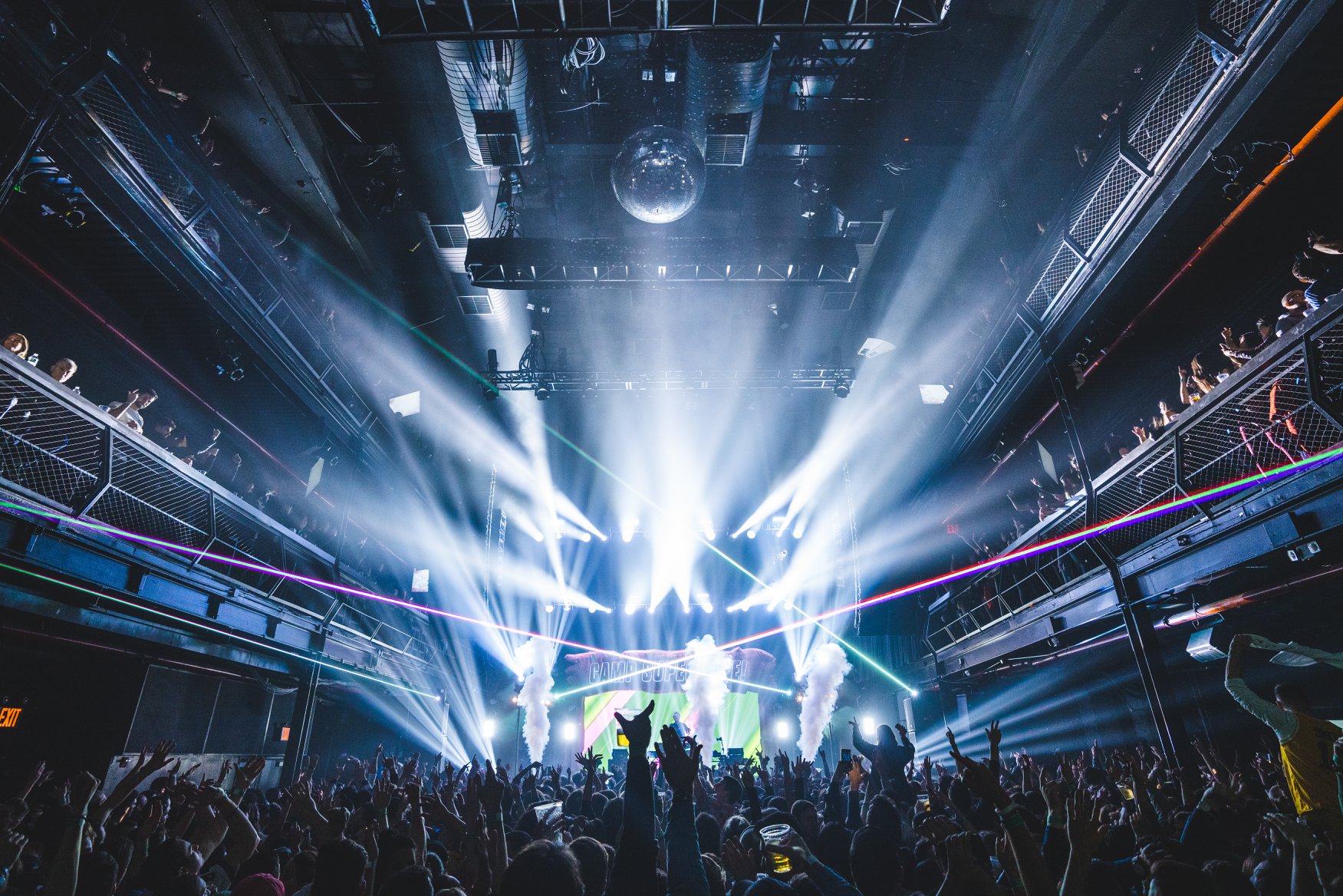 Kygo arguably first made waves with his remix of Marvin Gaye’s “Sexual Healing” back in 2013 and Gryffin remixed Tove Lo’s “Talking Body”. With Matoma, he picked up significant speed after he remixed the classic “Old Thing Back”, and even before with John Mayer’s cover of Free Fallin (Tropical Mojito Remix), earning his spot as a leader in tropical house DJs and producers — taking on the sound of pop-electronic with a promise in tropical house.

He then created his debut album around that genre, appropriately named, Hakuna Matoma. What followed Hakuna Matoma, was a long list of hits, one after another, including “All Night,” “Sunday Morning,” “Bruised Not Broken” and his second album, One In a Million. And while the sound of the tropical notes began to slowly fade with each new single, the same undertones remained — a soft, electronic dance-pop with the occasional steel drum.

That Matoma was noticeably missing on Saturday night at Mission Ballroom for his “Camp SuperDope Tour” with Two Friends. What was supposed to be a live concert felt more like a DJ set at a club downtown. Musicians grow, and as their careers develop, so does their sound. It changes and evolves — as it should. But to completely stray from any resemblance of the original character, at a live concert on tour to promote your music, was a disappointment. It could be argued that if one wanted to see his original material, then his “One In A Million Tour” probably delivered that. But for fans who were hoping to hear the original and familiar quality that is Matoma, they would have to wait for another tour or travel back to his “One In a Million” because this one was not it. 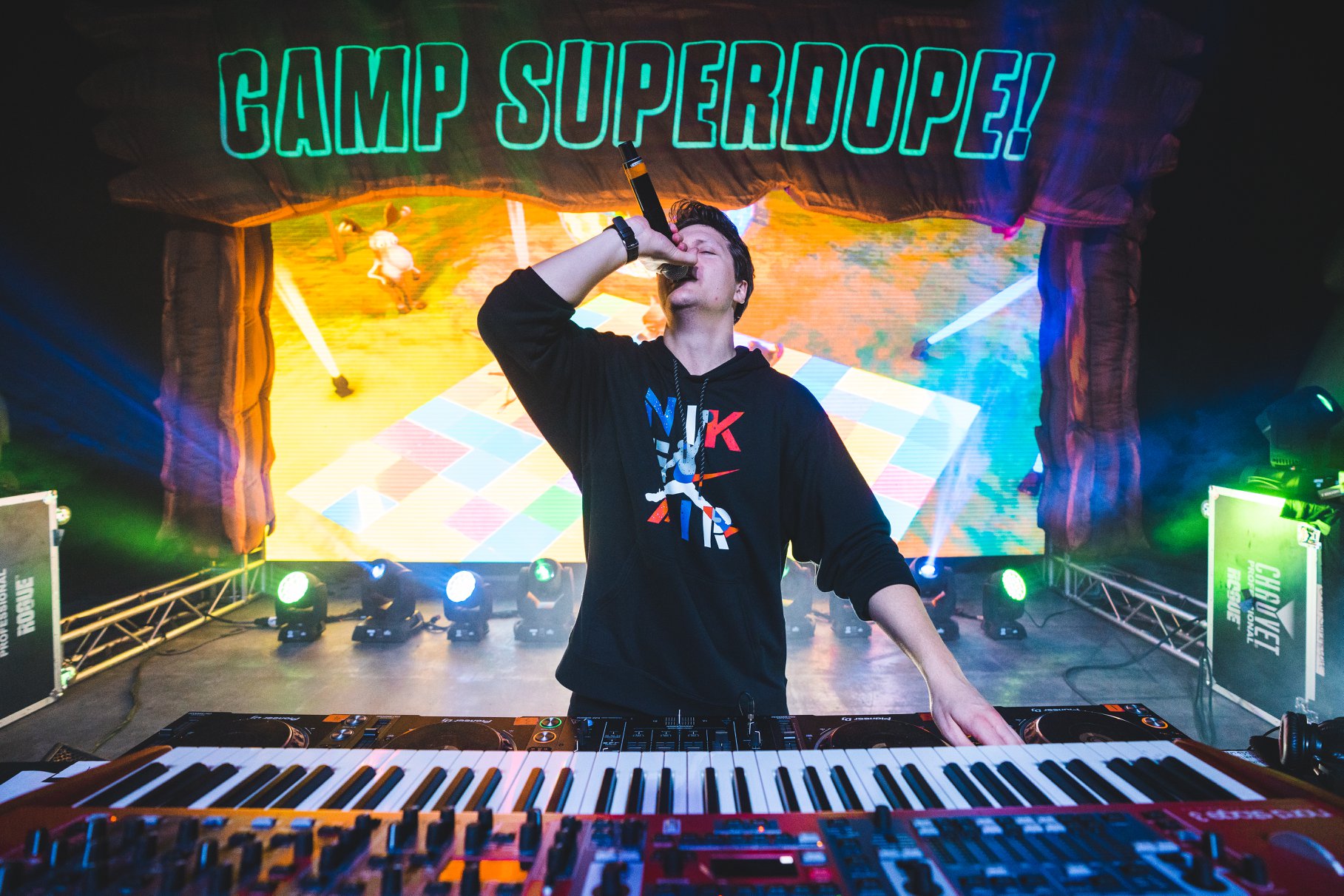 Where Matoma was lacking, his co-headliners, Two Friends, delivered. The electronic dance-pop duo’s set felt a lot like an outdoor music festival, which fit in perfectly with the outdoor “SuperDope” camp theme of the tour and the scenery on stage — life-size cutout trees framed the wings and the graphics on the screen featured camping tents and some trippy geometrical visuals. Two Friends were two dudes jumping around the stage, hyping up the crowd, and, if they wanted to give the impression of being at a camp dance, turned semi-rave — they nailed it.

They played a combination of remixes and original content. Arguably, their original songs were more fun to dance to then the remixes — aside from a few standouts including “Pursuit of Happiness” by Kid Cudi, “8 Mile” by Eminem and closing the night with “Sweet Caroline” by the one and only, Neil Diamond. For their original songs, they would play the lyrics on the screen in the back so we could sing along, similar to camp when you’re gathered around the campfire. Songs like “Dollar Menu,” “Emily,” “Good for You” and their latest single “No Drama,” made special appearances.

They brought the party scene to camp and what was meant to be a warm-up for Matoma ended up stealing the show. If you hadn’t been familiar with Two Friends, you walked away wanting to hear more. They delivered what they promised — an electronic-pop sound that’s meant for a party.

The entire concert was a perfect scene to let loose and expect nothing less than deep cuts and bass to dance to. And while people were enjoying just that, they maybe didn’t notice — or chose not to notice — the lack of Matoma that makes him Matoma. It’s a shame because he could have brought us a little taste of a tropical summer in the middle of our everlasting winter.