All Photos Courtesy of Yacht Rock Revue on Facebook

While they’re known for covering hits from the ’70s and ’80s, Yacht Rock Revue is best known for generally having a good time with their fans. They’ve filled a nationwide niche we didn’t realize we needed, and now that we have them we aren’t willing to live without. Few things are better than singing along to the hits, and that’s precisely what Yacht Rock Revue does – and will be doing when they perform in Denver on Friday.

However, this year, they’re starting to do a little bit more. Yacht Rock Revue is also starting to dip their toes into writing their own original music and will release a full album of new music this Friday. 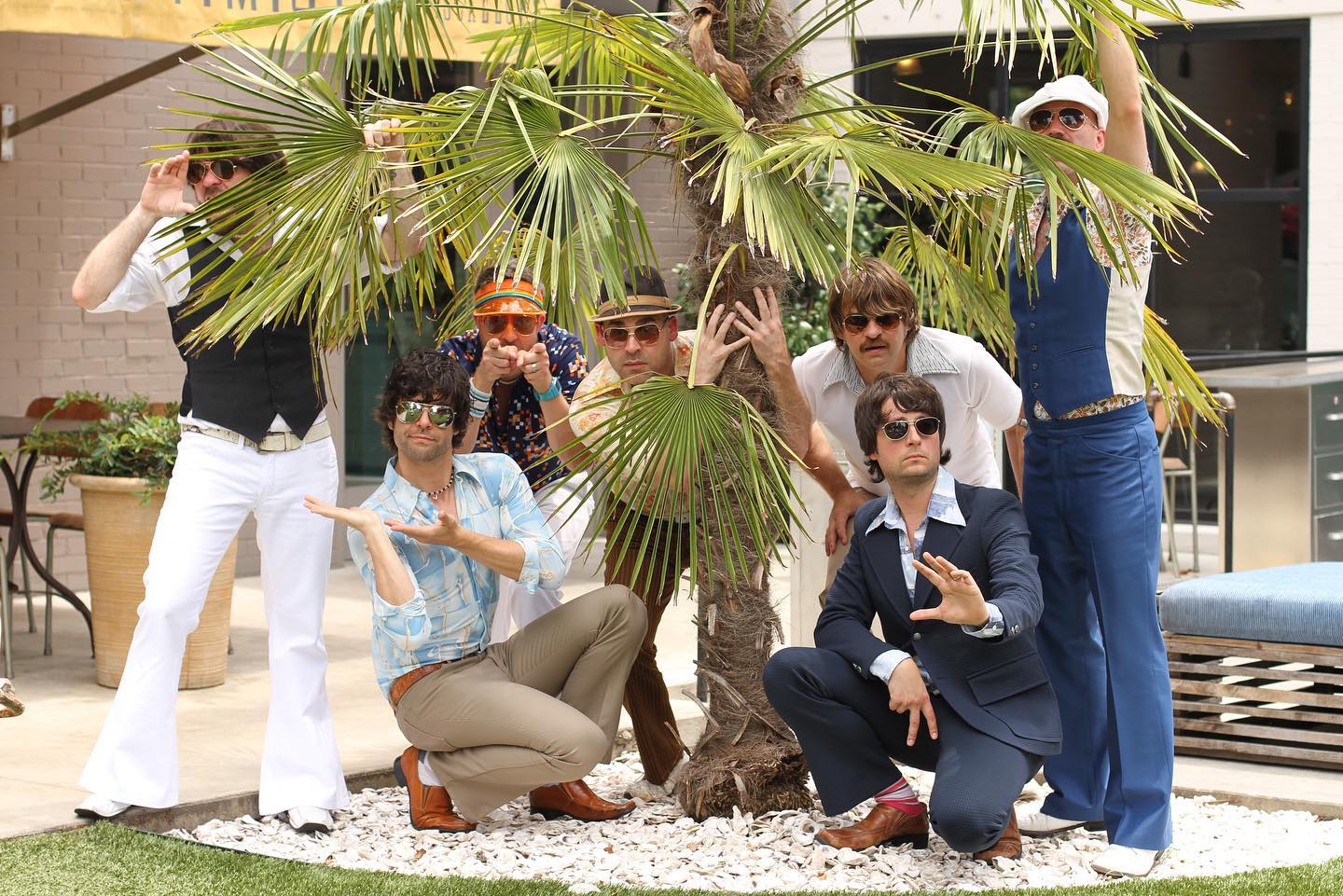 For fans of the classics, Yacht Rock Revue’s performance at Mission Ballroom this weekend will be something truly special. Not only will they be performing all of the fan favorites, but they’ll also be performing tracks off of their new record. We caught up with founding band member Nick Niespodziani to chat about the band’s long history as a cover band, and their new venture writing original music before their performance in Denver this weekend.

303 Magazine: I know that you were originally in a band called Y.O.U., how did that evolve into Yacht Rock Revue?

Nick Niespodziani: This guy who booked a club, like this basement club in Atlanta, gave Y.O.U every Thursday night to do anything we wanted. So literally some nights we would do comedy, like one night we would do Led Zeppelin vs. The Who, then we’d do our own kind of power pop stuff one night then we’d turn around and play the same songs of our own as soul songs another night. So, we were just doing all of these different kinds of versions as ourselves. And, some of the guys that we had to sit in on some of this stuff said let’s do a ’70s AM Gold tribute. And we tried it and it got out of control very fast.

303: So, now as Yacht Rock Revue, you’re out of the basement club and you tour pretty extensively, does that feel true to you?

NN: Yes! Even more true to our wives and kids.

NN: I guess our families have all kind of grown up with it. We’ve been doing this for 11 years now. My kids are four years and 10 months. So, most of our families have grown up not knowing it any other way. We’ve been doing 100 plus dates for seven or eight years now. It’s just kind of a balance that you learn. One advantage that we have over other bands is that we do it more the style where we go out for the weekend and then go home. So we do three or four nights like when we go to Colorado it’s only two nights. We do Denver and Breck, and then we fly home to our families for three days and then we go back out to Portland and do Portland and Seattle. So it’s that kind of touring instead of having to go out in a bus and slog it out for 50 days in a row. 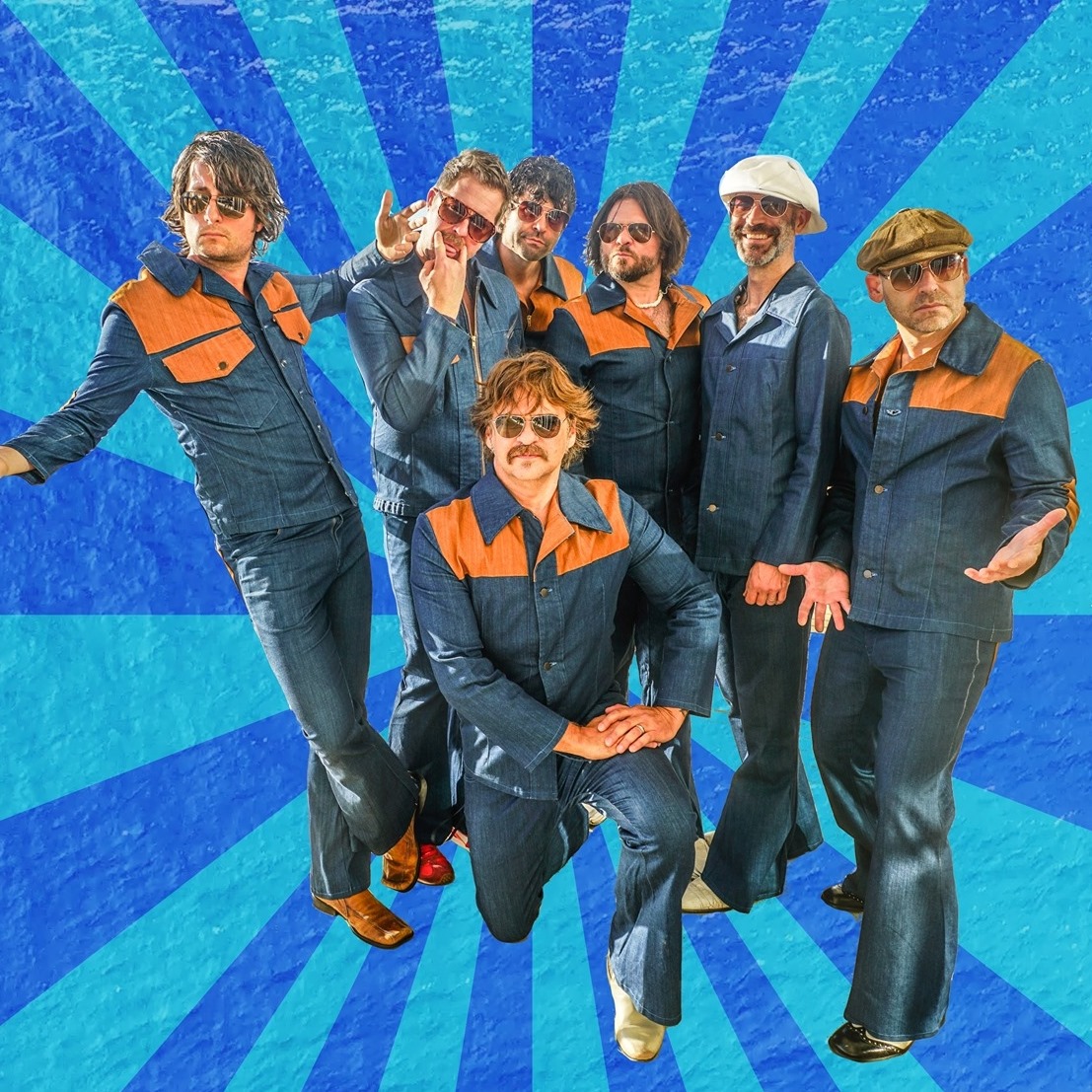 303: Yacht Rock Revue is also unique because you’re not only a touring cover band, but you also play with members of the bands that you cover. What have those experiences been like?

NN: Pretty surreal at first, you know? When you show up to the gig and Eddie Money comes busting through the curtains asking you for a Tums, you’re like “what kind of world am I living in? How is this happening to me right now?” But the guys – there’s a cool kind of transfer of energy that happens between these guys that were rock stars. When they get in front of our crowd it’s kind of a revitalized kind of vibe, both for us and for them. It’s pretty special. I’ve said it before when you’re a cover band except you’re playing “Steal Away” with Robbie Dupree, you’re not a cover band anymore because you’re backing up the guy.

303: Of all of those experiences that you’ve had, do any of them stand out from the rest in your memory?

NN: We’ve had so many, and it’s very rare that these guys are assholes to us. Sometimes they’re skeptical of us because they’re not sure if we’re true to the music or making fun of it. Once they figure out that we’re really paying true tribute to it, they all get into it. The one that I usually point to, is when we played with John Oates. I got to be Daryl Hall to John Oates’ John Oates when we played “She’s Gone” that was pretty epic, that was really fun.

303:  That sounds like a really incredible experience! But now you’ve decided to change gears and start writing original music. Can you talk to me about the decision to make that transition?

NN: It feels like emotionally risky, you know? For me, because I put so much into writing and recording songs. Put ‘em into a band that’s known for covers, and if people don’t like it or boo or whatever, it’s going to hurt my feelings. I’m like a little snowflake. The truth of it is that is kind of a little bit of a midlife crisis situation. I started looking at my career and my kids growing up and I was like “do I want them to only know that daddy sings Hall and Oates’ songs? Or do I want them to have some kind of other context?” I’ve never stopped writing songs, I’ve just been doing it for smaller bands and in different kinds of situations. It just felt like the right time for this band to step out and do it because our fans already treat us so graciously. They treat us like artists. So why don’t we give it a shot? So far our fans have been incredible. We play the songs at shows and people really get into it, it’s not everybody getting up and going to the bathroom.

303: So far, your career has just been touring on covers. Do you feel like that’s taught you anything about writing and performing your own original music?

NN: Man, that’s a great point! Thank you for bringing that up. I think that you know, when we started doing this, I was very precious about my own songs. I wanted to be like Radiohead or Bob Dylan, or somebody where it’s all very serious. I was taking myself very seriously and I didn’t have a lot of respect for the kinds of songs that are Yacht Rock songs. You know, “Escape (The Pina Colada Song)” is not like a deep meditation on the human condition or anything, it’s a silly song. But, it’s a lot of fun. As we’ve toured and played all of these songs – these songs are all so fun to play. People, when they’re in the audience listening to them have such a good time. Spreading all of that positive energy really opened my eyes to a different way of thinking about writing songs and what’s important in those songs. I think that was a big part of what inspired the album. I wasn’t trying to write Hamlet or anything. I was trying to write songs that would help people have a good time. 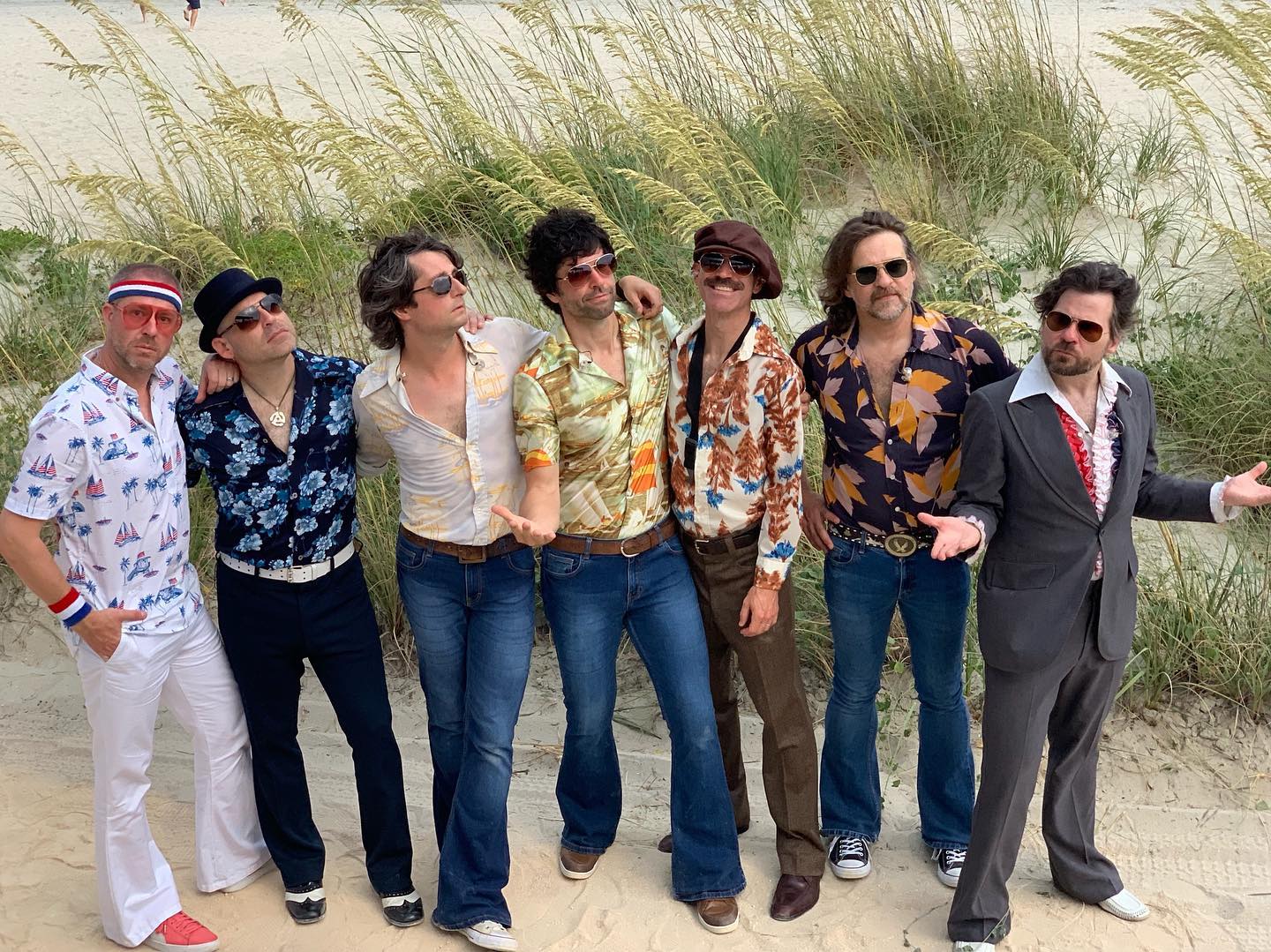 303: When you look at the album as a whole, is there a feeling you would use to describe the vibe of the album?

NN: It feels kind of like the rainbow after a storm to me. It’s got all of this positive energy and I feel like I’ve been through the darkness of not feeling good about being in a cover band. And I’ve been through the darkness of not being able to get my songs out and be heard. Now, getting to do this at this level, to feel like there’s so much hope and optimism, and I feel like that comes across in the music. It’s also good to just sit by the pool and drink margaritas too.

303: It’s funny that you should mention margaritas because one of the songs that I see talked about most often is “Bad Tequila,” which is the first single off the record. Can you talk to me a little bit about that single?

NN: I read this piece of songwriting advice from John Mayer that said like, when I try to fail I do my best work. So, I tried to write the simplest, most basic song that I could. Then, I did it just one morning, then I turned around and was like that’s actually super catchy and fun and has some interesting thoughts in the lyrics. It was an eye-opening experience for me. Just trying to write an anthem? That’s a hard assignment, and I had a lot of fun doing it.

303: “Bad Tequila” is the one that I see everyone talking about, but there is a full album of songs still to be released. Is there another song on the record that stands out to you as being noteworthy, or that you’re really proud of?

NN: I really like the song that we did the first video for, “Step.” That song has a message about the freedom to be yourself, which I think is a big part of what we all learned by being in this band. It’s kind of why we named the album Hot Dads In Tight Jeans.  It’s like, don’t run from what you are. Embrace it, and go for it, and that’s what that song is about. The other one that means a lot to me personally is “My Favorite Stardust,” which is the last song on the album. It’s a song I wrote for my daughter. The hook of it is one that when we would go hiking and she would be in the backpack I would sing the little “ooooh” and she would sing back. The genesis of that song has a really special place in my heart.

NN: I’m really looking forward to that venue, it looked incredible that new spot that you guys have. It just looks like so state of the art. That night, we’ve been working on a new light show. Our two back up singers are on tour with us this year for the first time. I just feel like that show is going to be the first time where all of the elements are going to come together and Denver is going to get the first taste of what this tour is going to be like. So I’m really excited about it. We won’t play all 10 songs from the album. We’ll probably play a couple of ‘em, and play Hall & Oates, Michael McDonald and all the stuff people love to hear. But, it will be kind of a Watershed moment for our band. Denver’s been so incredible to us in the short time that we’re coming there. I think it’s the perfect place to be on the day that our album is coming out.

All photos courtesy of Yacht Rock Revue on Facebook.

Clayton Hotel Brings a New Kind of Members Club, Along with a Chic Restaurant, Cafe and Bar to Cherry Creek