Koko Bayer is not like other street artists in Denver. For starters, most of her work is completed on uncontrolled walls and dumpsters, rather than vying for the highest-paid spots or the ones with the best visibility. But the bigger distinguishing factor is her use of wheatpaste rather than paint or spray can. For almost five years now, Bayer has been adding her creative mark to Denver’s walls, moving around between alleys with her pasting equipment. The images she leaves behind are inspired, in large part, by her step-grandfather Herbert Bayer — the world-famous Bauhaus artist from Austria who moved to Aspen in 1946. 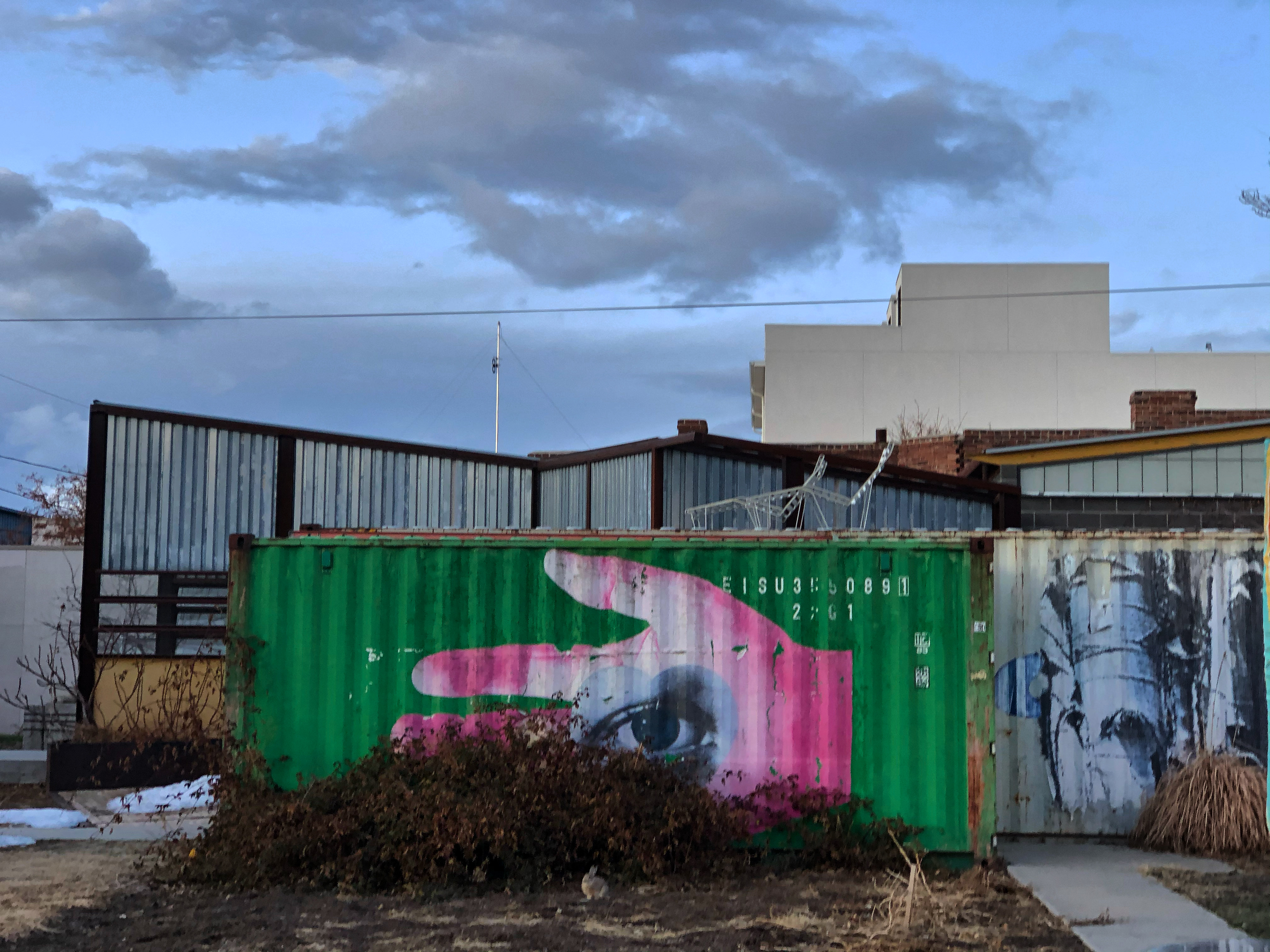 Opening Friday, January 3, 2020, Bayer will pay tribute to her step-grandfather’s iconic design head + heart +  hand in a solo exhibition titled Souvenirs at DATELINE in RiNo. This design, fittingly a hand with a heart overlayed on the palm and an eye inside the heart synthesizes Herbert’s innovative aesthetic which may have inspired Andy Warhol and many other pop artists who came after him. Souvenirs will feature readymade objects and prints inspired by the street art that has made Bayer a well-known figure in Denver, so visitors will feel as if they’re meeting familiar faces (and hands) on the white walls of the gallery.

Bayer’s success in the last few years has proven that it’s possible to pursue something besides money and end up with a career. She isn’t afraid to collaborate with other artists and she isn’t motivated by ego. Although her insistence on pasting her images up as frequently as possible falls in line with other famous wheatpasters, namely Shepard Fairey, and graffiti artists who want people to recognize their monikers simply by seeing them all the time, her motivation comes from somewhere else. Maybe it’s about identity, about creating a visible representation of her personality. As a transgender woman who transitioned less than a decade ago, Bayer understands the nuances of being someone and being that same someone to everyone else.

And even though Bayer’s work is best seen “in the wild” she’s also finding permission and commissioned walls to transform, like the one she did for CRUSH WALLS 2019 on the side of the same gallery she’ll be exhibiting at. Or the large wheatpastes up at Zeppelin Station and in the alley off Broadway for ColorCon. Or the dumpster at Meow Wolf that she adorned while the organization builds the massive 90,000 square-feet artistic playhouse.

Bayer occasionally posts political images (including one of Fairey’s a few years ago), but she primarily sticks to her brightly colored hands, hearts, lips and monochrome aspen trees, reimagined from her step-grandfather’s originals. These will be the images at Souvenirs and leading up to the opening on Friday, Bayer is planting 3-D shipping container “flyers” for the show all around RiNo for people to take home. This, of course, only emphasizes the bottom-line beauty of Bayer and her artwork — she wants people to be able to find it, see it, hold it, experience it, without limits and mostly for free. 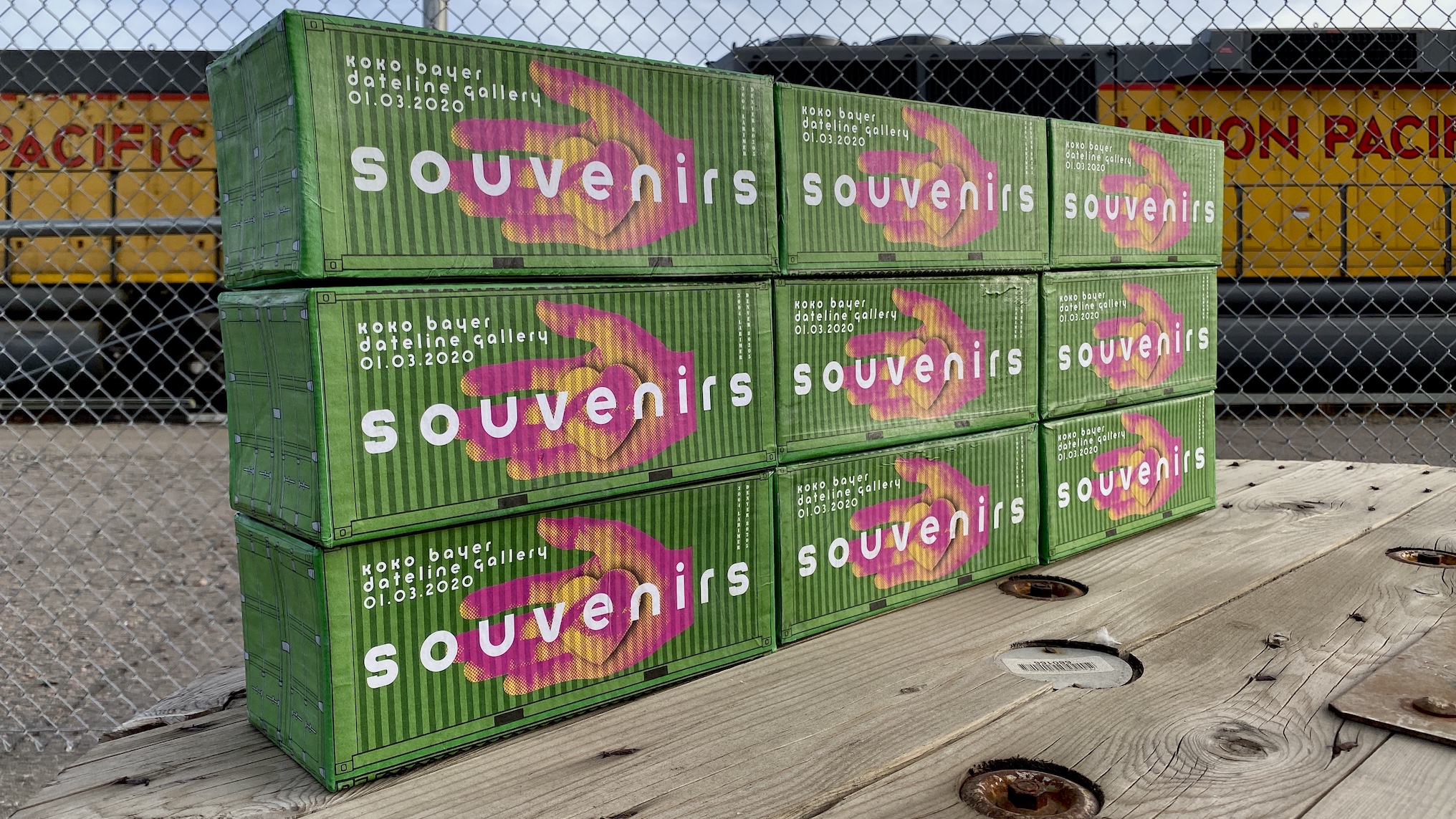 Souvenirs will be on view at DATELINE from January 3 through February 2, 2020. Opening reception is Friday, January 3 from 7 to 11 p.m. DATELINE is located at 3004 Larimer Street.