The first thing you’ll notice upon walking into Archetype Distillery is the mural illuminating the back wall. Lit up in the midst of the darkness of the large entryway, the artwork looks over the foyer like a guardian. It’s fitting since the mural is a combination of the designs of Archetype’s two main spirits – Archangel Vodka and Archrival Gin. The archangel was inspired by Archangel Michael – the “badass good guy” according to President and Master Distiller Michael Chapyak – while the archrival is a cheeky nod to British gin distillers. “The brits don’t think Americans can make good gin,” he explained, “I’m proving them wrong.” 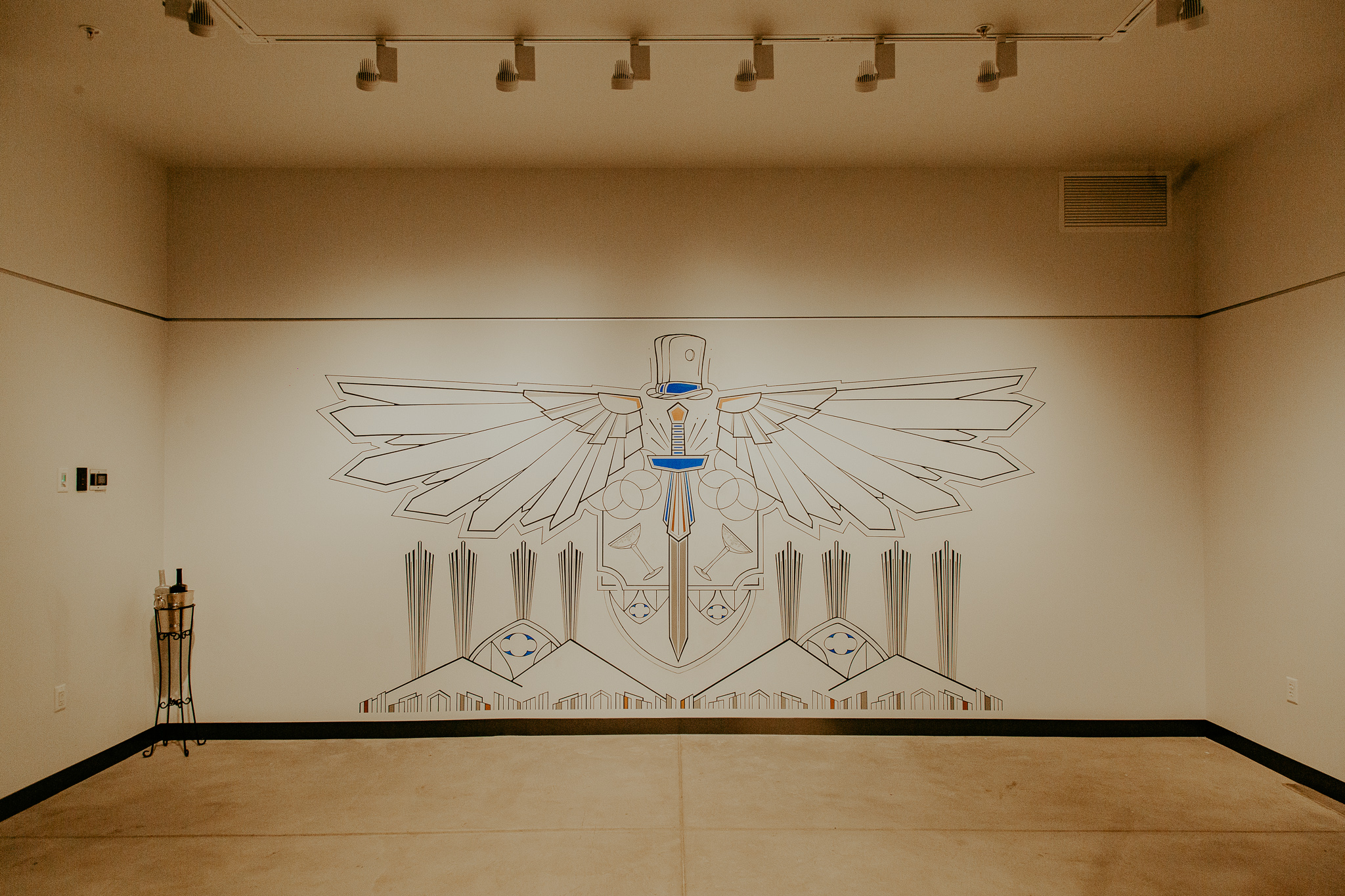 Chapyak was raised in a Czech neighborhood in New York and began making cocktails at family gatherings at a young age. “Everyone came over to our house for good drinks and vodka was the drink of choice. It’s the most versatile spirit out there,” he said. He worked in the healthcare industry for 13 years before pursuing his passion for distilling by earning his Moonshine University certificates in Louisville, Kentucky and spending time in the UK learning to make gin with the “good ole boys.” All of Archetype’s gin and vodka is distilled from the free-run juice of wine grapes which makes them much smoother and more aromatic than traditional gins and vodkas.

Though the bases of both spirits are grapes hardly any grape character remains because they are distilled to almost pure neutrality. After distilling, the vodka is removed from Archetype’s custom made Vendome Copper Stills and bottled while botanicals – the most predominant being juniper – are added to create the gin. Chapyak says that Archetype’s gin is a little more approachable than most because it’s not quite as heavy on the juniper. “The gin is a London Dry style but I like it to be a little rounder and smoother,” he stated, “customers say that it doesn’t taste like a pine tree when they drink it.”

Chapyak uses combination stainless steel and copper stills that he named Gracie and Marie – Gracie is for the gin and Marie is for the vodka. He named these two stills after his niece – Gracie Marie. “Traditionally you name your stills for good luck just like you would name a ship,” he said. Archetype also creates all its own distillates – infused clear spirits made with real fruits, herbs and botanicals – in addition to a house-made tonic forged from Palisade peaches that will keep you coming back for more. In the taproom, you can choose from over a dozen distillates to enhance your favorite cocktail and the mixologists will craft a unique drink you’re sure to love. The taproom menu includes classics like the Corpse Reviver #2, French 75 and Moscow Mule that incorporate Archetype’s distillates and atomizers to create a distinct flavor profile. The Moscow Mule is also part of the distillery’s Premium Archetype Experience – a guided distillery tour followed by tastings of the two spirits and several distillates finished with a special mixology lesson. The experience will teach you the process of distilling, bar etiquette and the key to making a great cocktail. 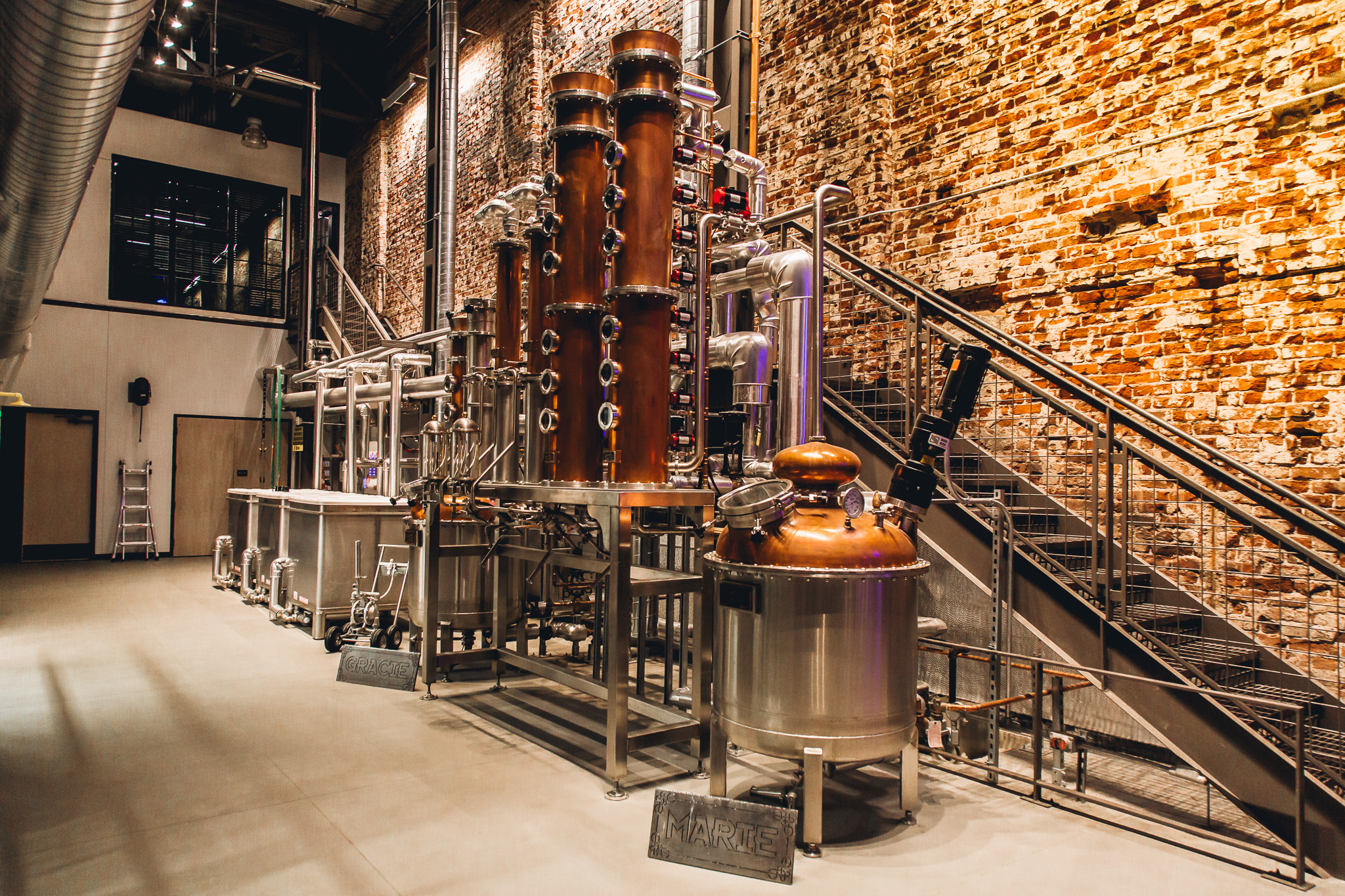 During the experience, you’ll learn that the building’s previous life was very different from it’s current state. It was built in 1917 and thrived as the Webber Theater for over 50 years. In the late 1970s, it became the notorious Kitty’s South – an adult film theater that remained active until the early 2000s. After Kitty’s South closed the building was virtually untouched until Chapyak began renovations and opened the building in 2018. Chapyak and his team tried to salvage everything they could when renovating the space but you can still see some minor fire damage from a severe fire that destroyed the building several years ago. The imperfect brick adds a rustic element to the otherwise spotless environment that allows the history of the building to shine through.

In addition to distilling everything in-house, Archetype bottles and labels all of its spirits and sells them to many local liquor stores and restaurants. The signature design of an Archangel decorates the white vodka bottle and the contrasting Archrival dons the black gin bottle making them easy to spot on a shelf. 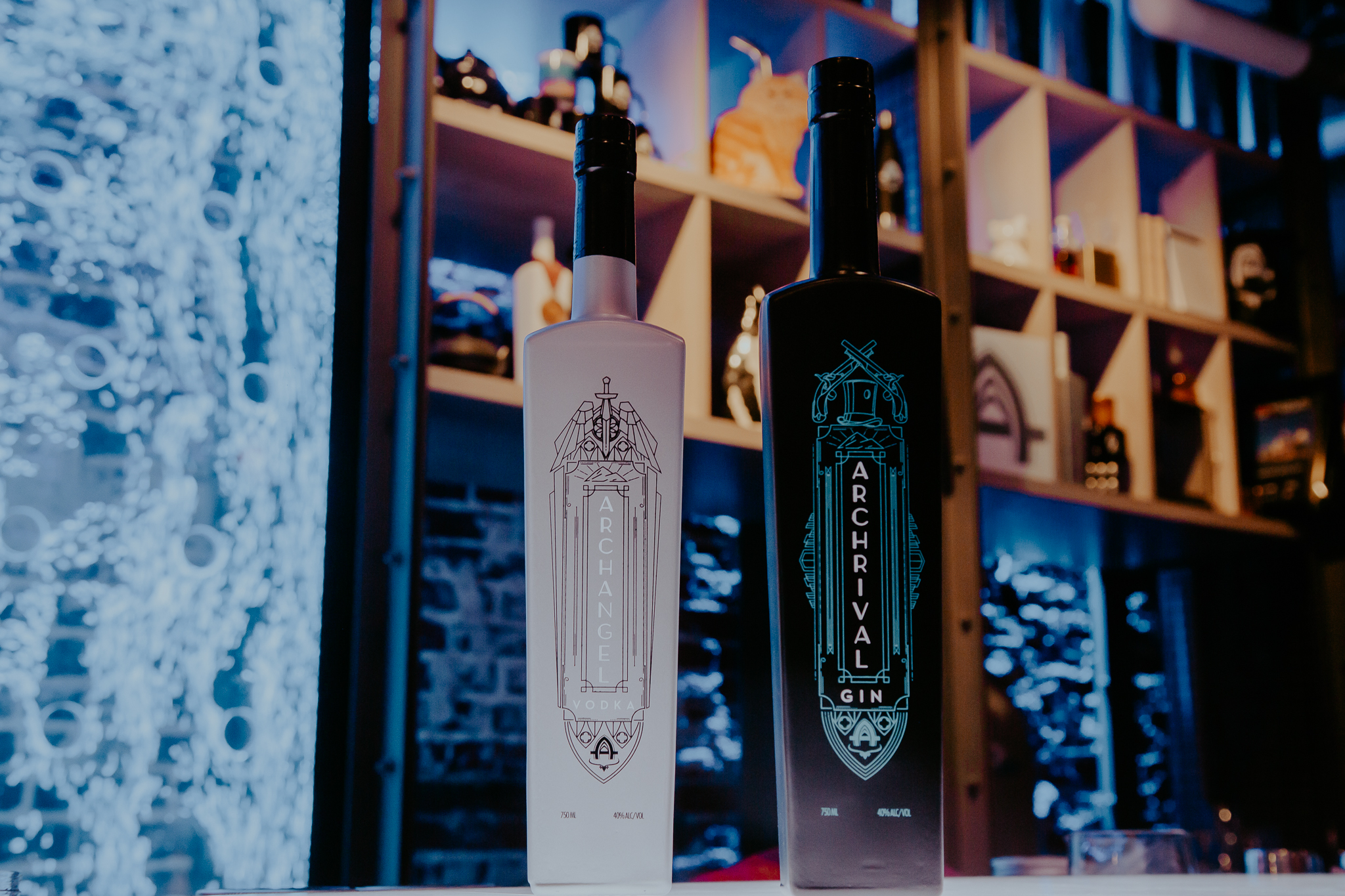 Archetype Distillery successfully created a unique environment to enjoy high-quality cocktails while maintaining the authenticity of a historic building on South Broadway. Swing by for a distillery tour with friends or family or grab a cocktail on your next date night to be transported back in time with a craft cocktail and romantic ambiance.