Once a Fringe Activity, More People in Colorado Are Uphill Skiing

“You’re on the ski mountain. It is all perfectly groomed. There’s really no one around, it’s super quiet,” Ted Mahon, ski extraordinaire and talented mountaineer, described reaching the top of a mountain just as the sun was rising in the morning. “You just had this amazing workout, you climbed a mountain in the process and you’re getting ready to ski down. You’re just getting into the warmth of the sun and it’s an incredible start to the day. It’s almost dream-like and that’s why I keep going back.”

Mahon has been on some type of skins for more than 20 years. Once a fringe activity, Mahon has watched as skinning, uphill skiing or alpine touring has grown in popularity and hit the mainstream. Skinning is the process of ascending a mountain instead of taking the ski lift. Skins are nylon-like strips with a grainy material on one side that attach to the bottom of skis. They are specifically designed to prevent sliding backward when climbing uphill. For Mahon and other skinners, they earn their own turns on the mountain. It’s an addictive activity. 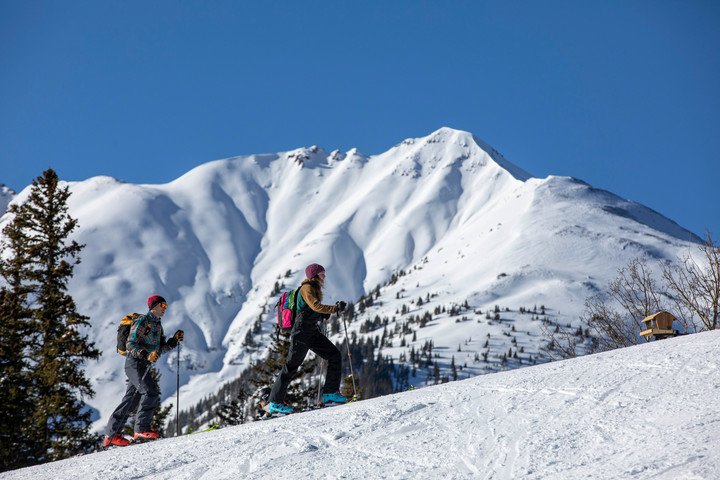 As a skinning instructor, Mahon has heard an array of different reasons people picked up some skins. The majority of people who decide to start skinning are extremely active and looking for a new way to get their heart rates up, Mahon said.

“It’s like going out for your exercise, much like you would go for a hike, a run or mountain biking wherever your local hill is,” Mahon said. “This, in a lot of cases, is a ski area. This is nice because the runs are groomed, maintained and obviously patrolled so they’re safe.”

Another popular reason people take skin lessons is to introduce them to backcountry skiing. It is a good way for people to familiarize themselves with the gear and the movement without the risks of venturing into unpatrolled areas.

“It’s a great way to dip your toe into the pool and see what you think,” Mahon explained.

Mahon also credits innovation in skinning gear as part of the reason the activity has become more popular recently. Specialized boots, bindings, skis and skins allow uphillers to use the same equipment to go up the mountain and then back down. The boots and bindings can switch between walk and ski mode. In walk mode, boots attach at just the toe, allowing the boots to pivot for walking uphill. Boots can be locked down in ski mode to ski down the mountain. 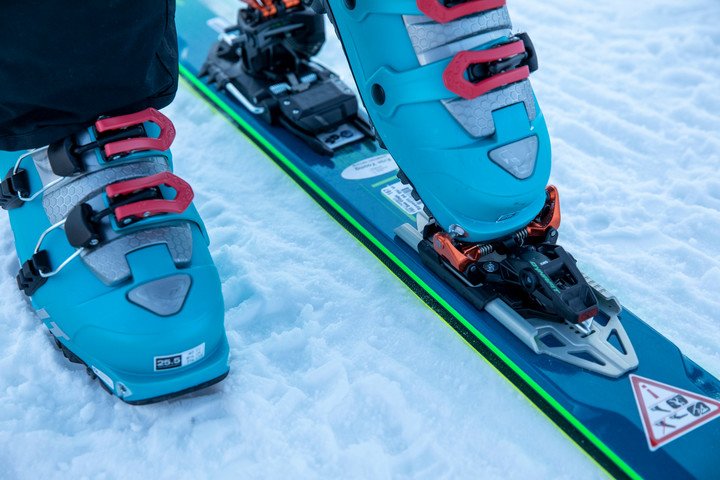 Skinning first gained attention with backcountry skiing as there are no chairlifts outside of ski resorts. Last year, however, The Aspen Times reported that over 50 percent of ski resorts across the country allowed skinning, with restrictions on areas and times on some. Now, the majority of Colorado’s ski resorts allow restricted skinning, including Aspen, Breckenridge, Keystone and Arapahoe Basin.

For those interested in venturing up a mountain on their next visit to a Colorado ski resort, Mahon has some advice.

The basics include layering, eating and drinking. Don’t overdress and start out cold because you will quickly warm up. Initially, try it out with someone who is familiar with skinning that can show you the right way to go about it. Get familiar with the gear before trecking up the mountain and understand that when first starting, lighter gear is not always better. 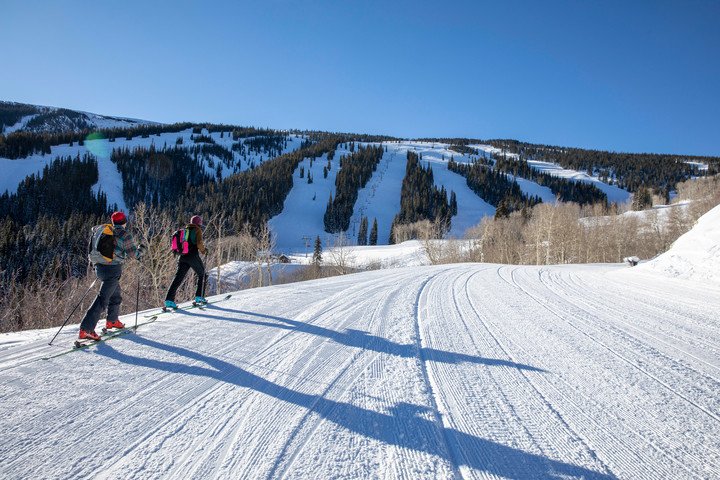 “If you’re into skiing and you consider yourself pretty active with outdoor sports, it’s an obvious thing that you should want to try,” Mahon said. “What better way to get your exercise than to do something that’s also going to allow you to be climbing a mountain at the same time. You can spend an hour on the stair machine or you spend an hour uphilling. At the end of that hour, you’ll either be on top of a mountain or you’ll still be inside the gym indoors somewhere.”

Mahon enjoys skinning in Aspen. He recommends starting at any ski area with groomed trails. If a ski area isn’t an option or you are craving adventure, he recommends skinning on nordic trails or moderate-angled, snow-covered hiking trails. No matter when you skin, the view will be beautiful at the top.

All photography by Matt Power via Aspen Skiing Company