Kim Petras has made no shortage of waves since hitting the music scene. Considered to be one of the youngest people to receive a gender reassignment surgery to blowing up and redefining the boundaries of pop music, Petras is changing the game on a cultural level. Her music is confident and flamboyant, unabashed in its Madonna, Paris Hilton and Max Martin influences, wherein, Petras is on a mission to just make pop music fun again. We caught up with the singer, prior to hitting the Ogden Theatre on Wednesday, December 4 to talk her ascent, her new album, Clarity, and what defines pop perfection.

303 Magazine: How has life changed since the release of Clarity?

Kim Petras: Completely! I don’t think I’ve processed it all yet, but everything has become bigger and better and everything is speeding up — it’s definitely go-time for me.

303: People often describe you, as well as people like Charli XCX and Carly Rae Jepson amongst others as “saving pop music.” How do you live up to such a prophecy? What do you think lacks from a lot of pop music as it’s perceived now?

KP: I don’t think it’s for me to say! I’m just doing my own thing and I’m grateful that people love it and think of me that highly. Really, my sound is my own personal mashup of all my favorite things. Genres are disappearing and pop can be whatever you want it to be, so I’m just focused on creating music that everyone can have a good time listening to. Even with my sadder songs like “Icy,” I want people to be able to dance to them. I don’t ever want to lose the element of fun. I think that’s what makes pop so great. 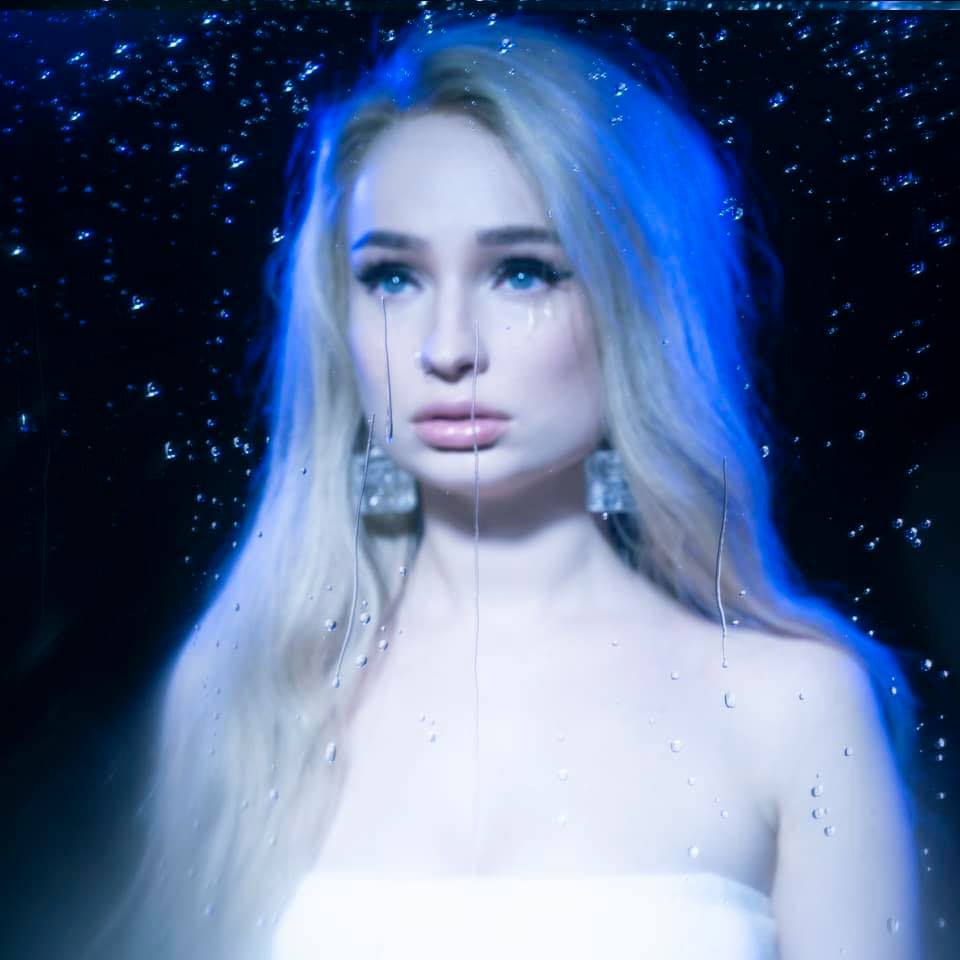 303: What makes the perfect pop song in your opinion?

KP: For me, pop songs are all about the emotion you put into them. I always try and put emotion at the core of my songs so that people feel something when listening to them. There are lots of elements that make a pop song successful, but I don’t really think there is a perfect pop song… except for Madonna’s “Like A Prayer,” of course.

303: How did you prepare for this next era of your career — the full-length tour, the debut album, larger gigs, etc.?

KP: I didn’t really prepare for this era because I didn’t have the time to! I was in rehearsals in the weeks leading up to when “The Clarity Tour” started, but I was also pulling all-nighters in the studio to finish TURN OFF THE LIGHT. I’ve just been hustling as hard as I can. I also toured in the summer before all of Clarity was out, so I think of that as part of my preparation. I’ve definitely been learning as I go because I like to keep moving.

303: Pop music often exists on the basis of stan culture. Who do you stan? Who do you look at in today’s music landscape as inspirational?

KP: I stan so many people! My songwriter friends inspire me, like Lil Aaron, Theron Thomas, or Vaughn Oliver, who’s an incredible producer. I think songwriters and those that work behind-the-scenes are very inspiring. I used to religiously watch anything I could find about Max Martin and was obsessed with amazing songwriters like Carole King. The list goes on forever, but most of all I’m really drawn to lyricists. I love Lana Del Rey and Nicki Minaj – they can both really write. I love Post Malone, Daft Punk, and Charli XCX, too. I don’t think anyone is doing what Charli is doing at the moment. She’s amazing.

303: What are you listening to right now?

KP: I listen to the greats of every genre, like Post Malone, Madonna, Daft Punk, Lana Del Rey, Travis Scott, Kylie Minogue, Kanye’s 808s & Heartbreak. They really inspire me and my own music.

KP: It has been great! This tour is the biggest I’ve ever done. It’s such a shame it’s coming to an end as I love waking up in a new city each day and I’ll miss partying with my fans. I think my shows keep getting better. I have lots of insane staging this time around, so there are lots of moving parts with all the costume changes!

303: Your Halloween releases have been incredibly popular. How did all that begin?

KP: Me and my friends were in the studio and were all wondering why there are so Christmas records but no Halloween records – so we decided to make one. I love Halloween, scary movies, and movie soundtracks. When I was making TURN OFF THE LIGHT, everyone was like “who is going to listen to that?!” but it played at every Halloween party I went to. I’m so glad I found the time to finish the project this year.

KP: Pop music has always been an escape for me, so I think that’s why I love it so much. I used to listen to Britney, Gwen Stefani, and other pop stars to forget my problems for a few minutes. Now, I hope that I can do that for other people with my own music. 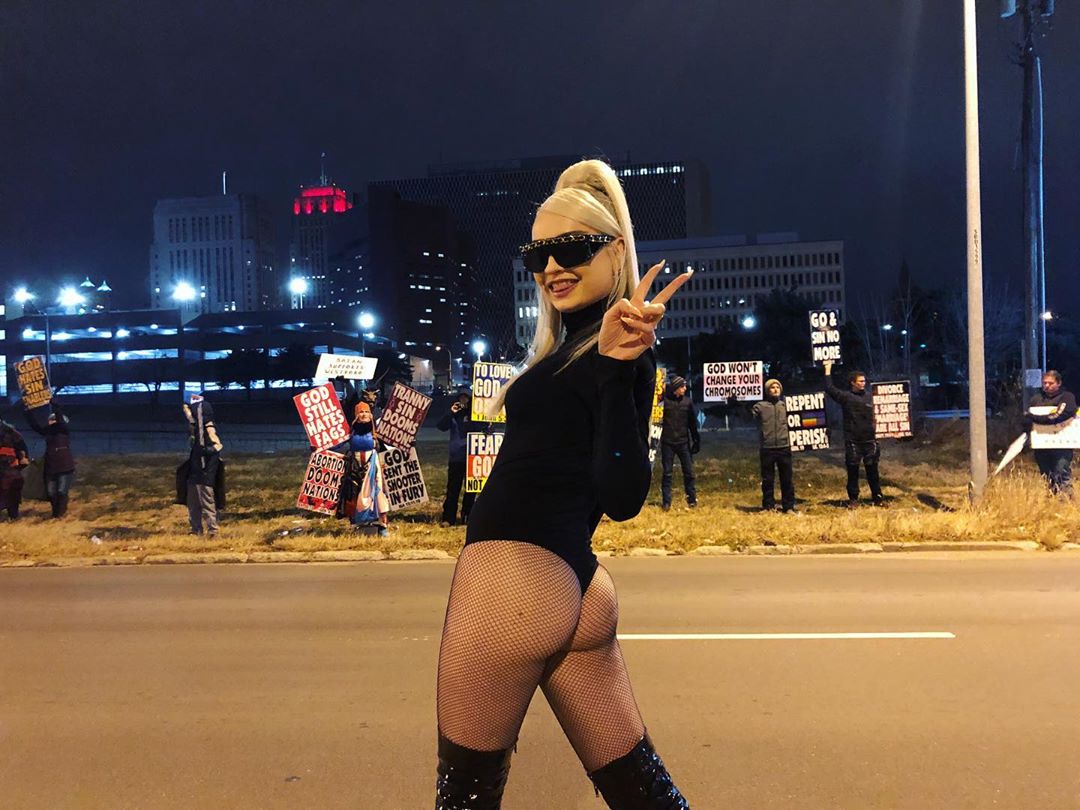 KP: Definitely the Westboro Baptist Church coming out to protest my Kansas City show. That was insane. I’m just glad my fans still came out to the show and were all safe. My shows are always just a giant party where everyone can be themselves and that show wasn’t any different!

303: What was your biggest moment of this past year?

KP: There have been so many! It’s tough to think of just one, but if I had to pick, I’d go with when I released my debut full-length project Clarity. I had been working on it for a long time and I ended up dropping a single a week for ten weeks, so it was definitely a big moment for me.

303: At this point in your career, what is a goal you’d like to accomplish in 2020? Alternatively, what are you looking forward to most in 2020?

KP: There are lots of things I’m looking forward to next year, but I can’t share any of them just yet. You won’t have to wait too long to find out what is coming, but I’m always working on something. Next year will be even bigger and better.

Tickets for Kim Petras’ performance at the Ogden Theatre are available here. Petras will also be making an appearance at X Bar following the show alongside DJ Alex Chapman.