Relatively new to Aurora’s brewery scene is PilotHouse Brewing Company with a heavy nautical theme and 32 different beers on tap. Tucked in the corner shopping center on Quincy and Buckley, this brewery serves 16 different Colorado micro beers and the remaining 16 are brewed in house. The majority of the tap house brews are influenced largely by lager style beers like a German-style Hefeweizen and Schwarzbier.

This brewery is owned by a pair of husband and wife duos who are not only intertwined by marriage but also by family relation. Jean and Michele Verrier both live in Colorado while Michele’s brother and co-owner, Erik Wake and wife Heather Carson-Wake live in New York.

For the Verrier’s, growing up on the east coast has a large influence on the aesthetic of this brewery. Both Jean and Michele use to sail in New England, so it only seemed right to bring a contemporary nautical themed brewery to a landlocked state.

A lot of the maritime theme is expressed through the roped off patio mirroring a dock from Cape Cod and the Captain’s two-seater cockpit equipped with an authentic helm. The stark white accents around the brewery mimick the mainsails of a boat while the weathered wooden shingles on the wall transport visitors to a cozy beach town in Newport, Rhode Island.

While Jean and Michele spend their free time brewing beer, they are both certified public accountants by trade. After moving to Colorado for work, they felt the beer scene in the Rocky Mountains was stretched to the max with a flood of IPAs and sour beers — which is not what they are used to back in Massachusetts. So naturally, they both desired to counter all the macro brews like Budweiser and Coors sold in Aurora with a large selection of German, British Isles and Belgian influenced beer.

Contradictory to Denver— Aurora’s brewery scene isn’t flooded with microbreweries. Aside from the few popular breweries like Dry Dock Brewery and Cheluna Brewing Company, most of the local spots to imbibe on a good German lager are franchise restaurants like Old Chicago. Pilothouse sought to offer more for Aurora’s ale lovers. 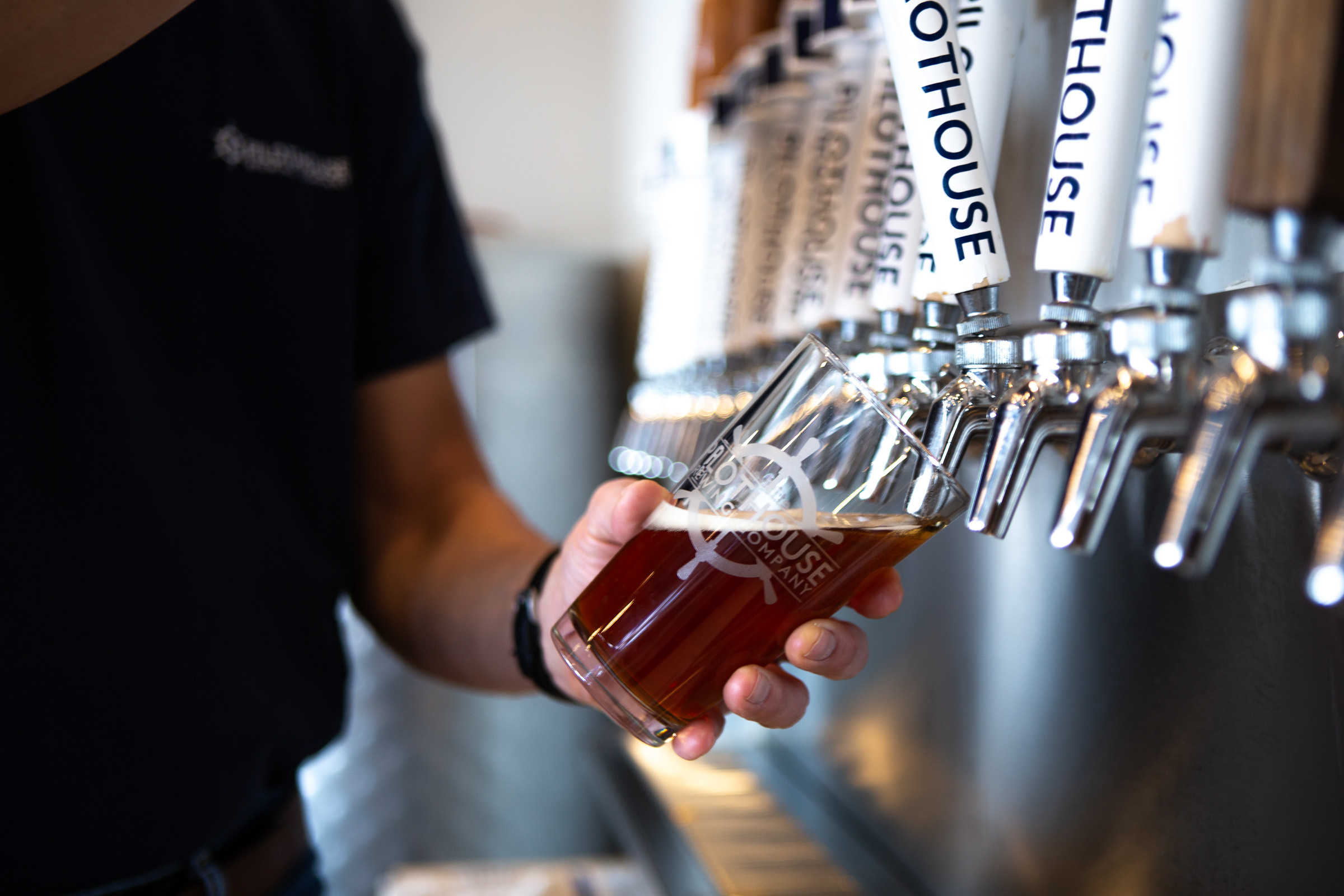 With the winter lineup debuting soon, the crew at Pilothouse is excited to brew a Black IPA, Schwarzbier — a German black lager and the Wee Heavy — a Scottish apricot ale that is modeled after the Not Quite Pale Ale from Magic Hat Brewing Company.

Most avid beer drinkers can pick up on different notes and styles of the beers they drink but the details of brewing are usually reserved for those who turn hops into beer or have a deep interest in the process.

At Pilothouse, the kettles and boilers among other equipment is placed in a large glass room — visible to all its visitors. Just as you can physically see the beer brewing, Jean is happy to explain his process to anyone who has an interest in learning how those pesky hops turn into a dark lager with caramelized notes.

He starts with 100 different grains, 60 different hops and fresh yeast to satisfy the beast that is their brewing schedule. Sundays are dedicated to milling the grains while Mondays and Tuesdays are dedicated to brewing with six different systems. The specific barrel systems and draining systems that are used at Pilothouse come directly from Germany. One eight-hour workday brews about five different beers but with some of the higher gravity beers it takes about 12 to 16 hours.

With the help of family and friends, Jean took his hobby and passion for brewing beer like he has been doing since 1995 and turned it into a community brewery in Aurora. 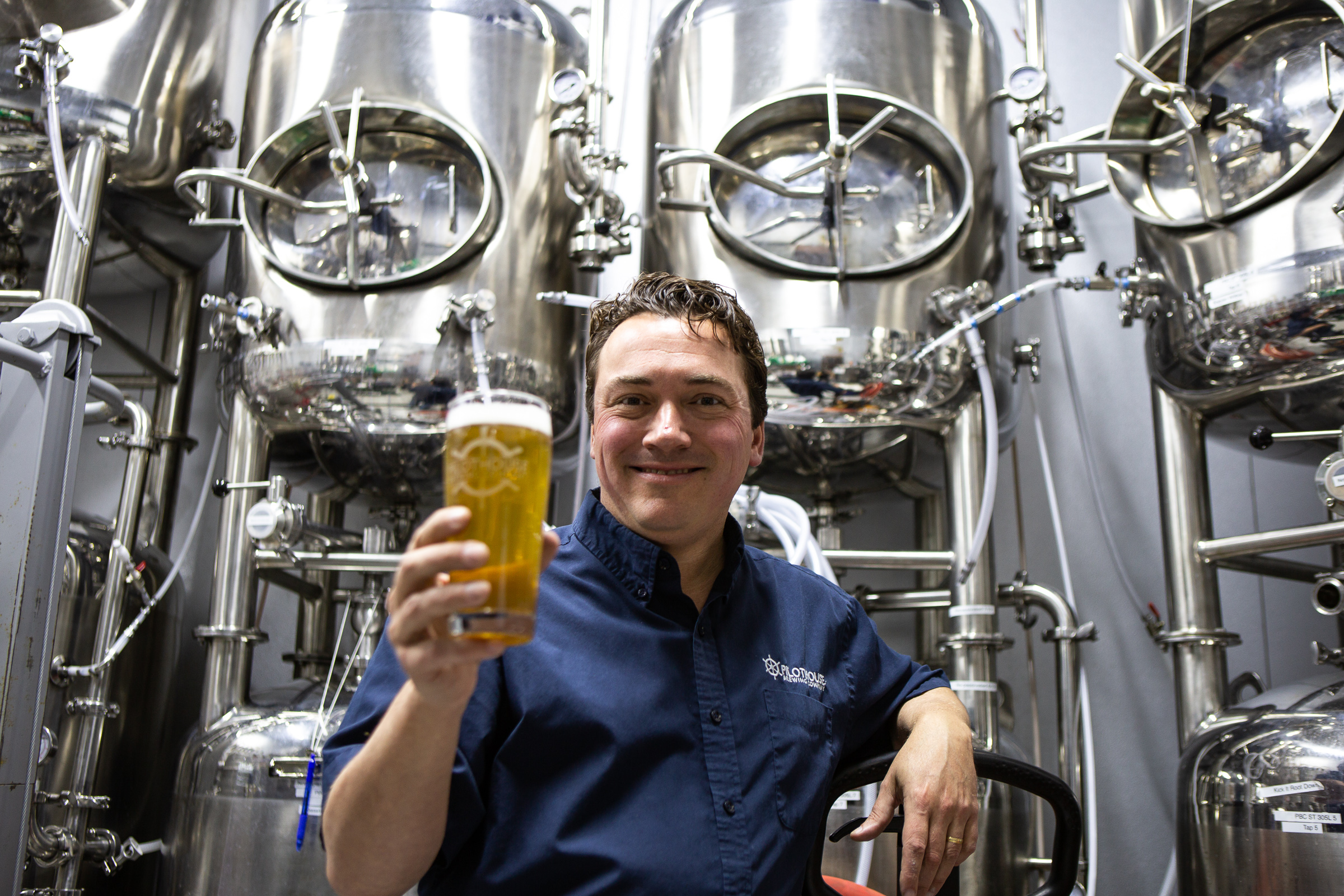 Since June of 2018, this beer house has created a sense of community with unique opportunities for amateur brewers. Having been an at home brewer, Jean invites various home brewers to Pilothouse to craft their beers and feature them on tap. The name Pilothouse not only represents the cockpit in a sailboat but also a house for these amateur brewers to pilot multiple creations to the public.

Although Pilothouse is a bit more contemporary than other breweries in Aurora, it is still very much a neighborhood bar. There is a music video bingo night, trivia night and various food deals with neighboring restaurants from Golden Flame to Wood Paddle Pizza. Just like similar breweries in Denver, there are rotations of various food trucks that park outside Pilothouse on Saturdays and Sundays.

Aside from a single pour, the tap list also offers a flight of either four tasters for ($8) or eight tasters for ($16). Take your friends and family a quick trip to New England with a couple beer flights at Pilothouse Brewing in Aurora.

All Photography By Jordan Poorman.