Courtesy of Jackie & The Racket

Jaquita Straw brings her feminine country twang to the local bluegrass scene in the form of Jackie & The Racket, which she plays front-woman, guitarist and banjoist for. With their debut full-length album, Tough Luck Cowboy, they’ve placed themselves on the musical map, locally, nationally, and even globally. It’s not often that we see an all-male band led by a strong woman, but the lovely Straw breaks that mold with her female-empowered lyrics and showmanship. The formation of players in Jackie & The Racket is a breath of fresh air, especially within the local bluegrass and country scene that is predominantly male.

Like most of us, Straw began as a music listener before picking up her instruments and becoming a banjo-picking, guitar-strumming feminine powerhouse. It started with Pistols and Petticoats, an ironically all-female bluegrass band. When the band separated, Straw attended University of Northern Colorado (UNC) for the folk and bluegrass program, where she was the first female graduate of the banjo. During her time at UNC, Straw took a songwriting class and remembers that time, stating that “that’s when I started really getting into it and realizing my favorite thing to do is songwriting and music.”

Jackie & The Racket began as a rotating cast of “all of the Denver musicians you can think of — some from Pistols and Petticoats at one time, some from Dust Stompers, Jack Cloonan was with us at one point, guys from Grant Farm.” Eventually, Straw landed with the backing band she recorded both an earlier EP and Tough Luck Cowboy with, which includes bassist Adrian Engfer, Kelly Turner on drums, and guitarist Steven Huntley. With this permanent cast of musicians, Jackie & The Racket has played in 50 countries, and was just named by the Ditty Dozen “one of the 12 most exciting emerging artists in Americana and roots music.”

The 10-track album lends itself heavily to a feminine message, one that is “not always in the box for women.” What really rounds out that message is that Straw has a group of men behind her, supporting and empowering her the entire way. “It takes a certain kind of man to play with me because the songs are very female-empowered. It’s really awesome these guys support me, believe in my message, and are really encouraging women in the music scene.” The end result from Straw, Engfer, Turner and Huntley is some clear, crisp honky-tonk, where bluegrass meets attitude and country earns a new perspective.

Straw’s voice is gentle in its femininity, but her words and presence are strong. The contrast between her soft vocals and her take-no-shit attitude is truly captivating. She maintains a powerful charisma that is bewitching, and it’s what makes her an ideal front-woman. With the trio of talented and twangy pickers behind her, Tough Luck Cowboy is unlike anything the local music scene has heard yet. It’s smoother than your average bluegrass, flows more naturally than your mainstream country, and is much sassier than both. Falling far outside of any traditional box, Jackie & The Racket have created the genre dubbed “Rocky Mountain Honky Tonk” and made it entirely their own. 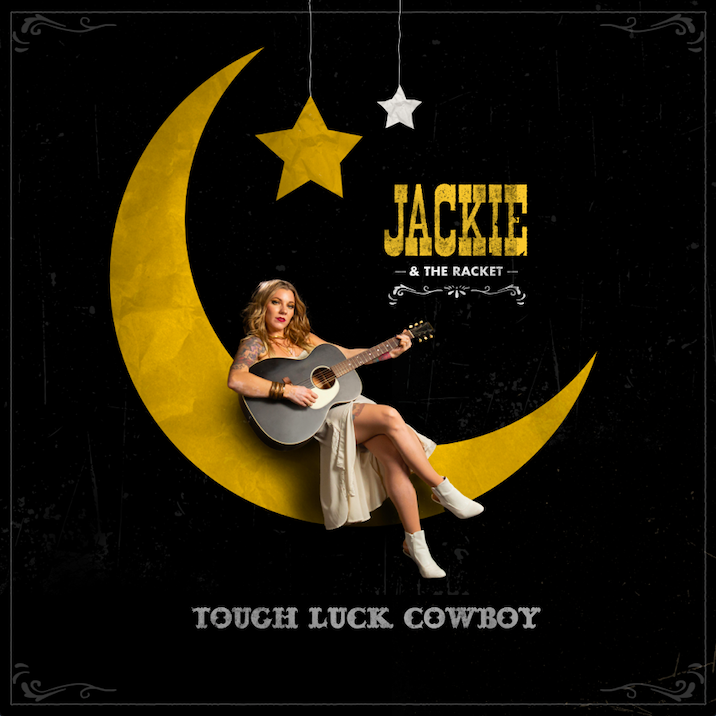