Inside the Galeria Balneario in Mexico, photo courtesy of the gallery

When The Source Hotel first opened, an art gallery that focused on urban art and street art from Montreal steered the vibe of its lobby turned marketplace. Named Station 16, this art gallery also steered the direction of the annual RiNo street art festival CRUSH in 2018 only to step away the following year. Then, Station 16 stepped away from The Source Hotel as well, leaving a gap of artistic programming in the hotel. But since that departure, a new urban art gallery has hosted a few pop-ups in the empty space and now it’s going to open more permanently to the public. Called Balneario Art Gallery it hails from our other North American neighbor, Mexico

The person behind Balneario is Isauro Hernández Rionda — a somewhat new name to Denver but well-known in the international art gallery circuit. He opened his first gallery in Querétaro, Mexico and enjoyed some successful exhibitions featuring street artists. This connection Rionda has, with Mexican street artists, led him to RiNo in 2018 when he and a few of the artists he represents were invited to participate in CRUSH. Then, the Vice President of the Zeppelin Development, Justin Croft, purchased a piece of art from Rionda kicking off a relationship that would eventually crystallize in the opening of Balneario Art Gallery at The Source. 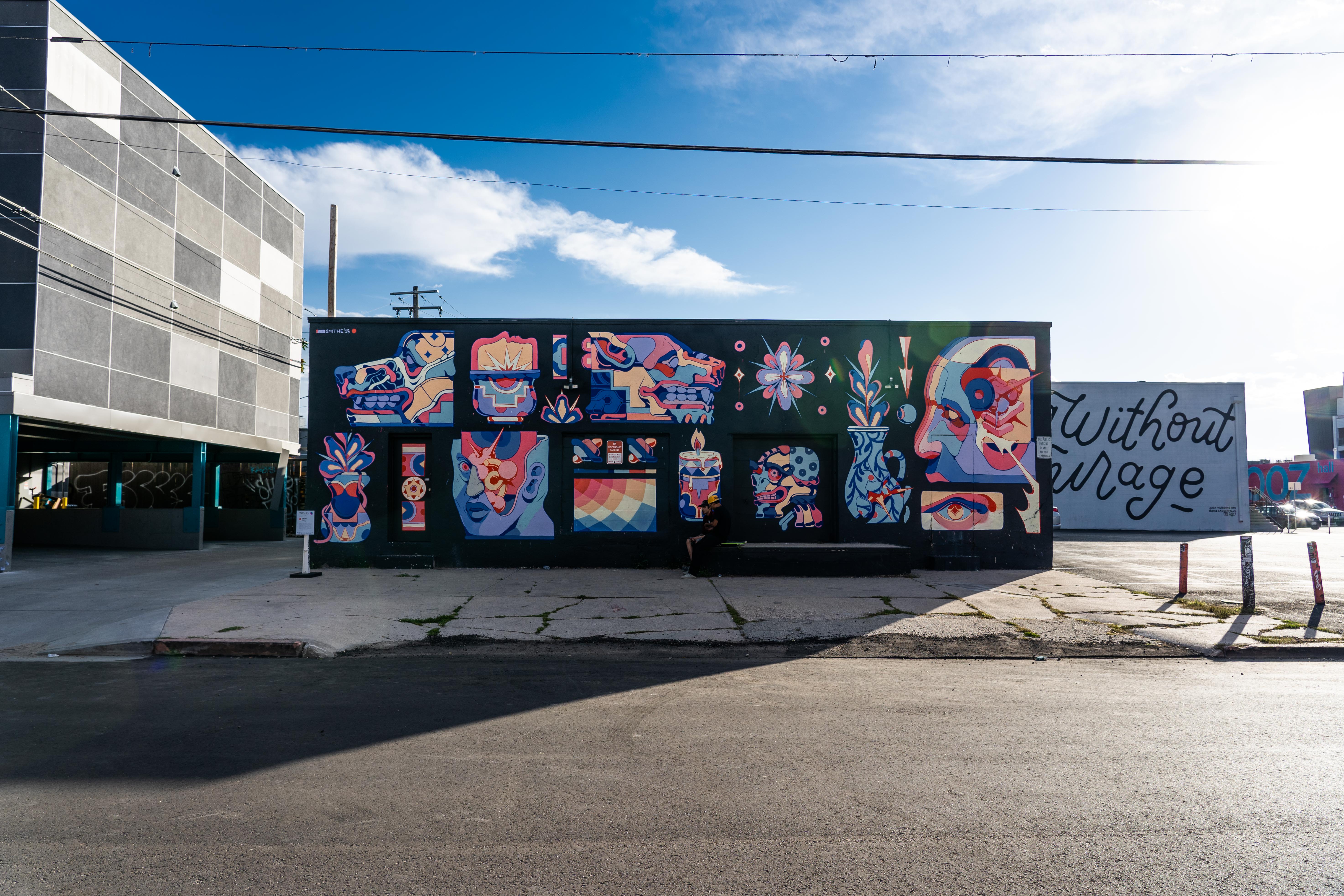 “We absolutely love RiNo and feel so incredibly welcomed by the community,” Rionda commented. Since his first visit to Denver for CRUSH last year, he’s been coming every three months. According to Rionda, there’s a strong tie between Latin America and Denver, “which is especially powerful (and historically significant) given Denver’s long history of immigration from the region as well as the city’s role in the development and growth of the Chicano Movement,” noted the press release.

This is especially topical considering the recent formation of the Chicano/a Murals of Colorado which showcased dozens of Chicano/a artists at an exhibition inside the McNichols Building. Many of the artists at that exhibition are well-known Denver street artists, so the opening of Balneario in Denver will no doubt be a welcomed addition to the community. Add that to the recent announcement of the Mexican Modernist exhibit at the Denver Art Museum opening next year and what Rionda said rings even truer. 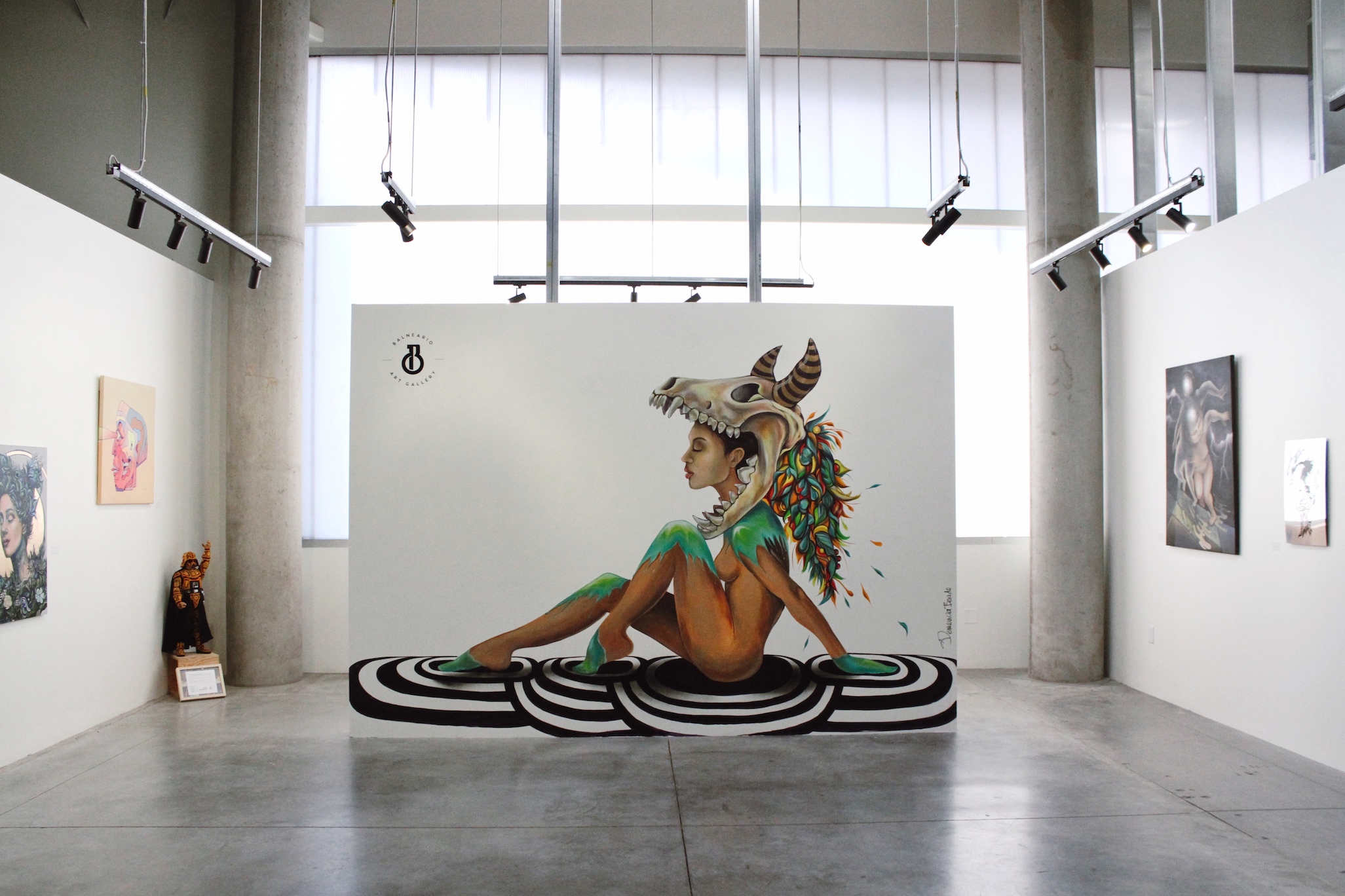 Inside the Galeria Balneario in Mexico, photo courtesy of the gallery

Before the gallery has even opened, it already touts an impact made in RiNo. Earlier this year, the connection Rionda made with Croft and the retail director at Zeppelin Mathieu Mudie led to the Made in Mexico City pop-up. Rionda noted that “given the sociopolitical times the world is facing, we are living proof that no matter the differences in beliefs or countries, people can actually collaborate for a better and noble cause. Hopefully, in the near future, we can see a Made in the City project in Querétaro, Mexico.”

READ: Mexico City is Coming to Denver, Including One of Its Best Bars

Interestingly enough, both Station 16 and Balneario Gallery are street art-centric galleries. But, it will be even more fascinating to see the difference in style and artists represented, even while sharing the same “street art” umbrella. “The previous tenant also concentrated on street and urban art, and we want to take a similar path on that, but we will be quite different in terms of artists and options for sale,” Rionda said assuredly.

The first show that the gallery will exhibit opens on December 13 and is called Rock, PAPER, Scissors, featuring the work of La Madriguera Gráfica, Chirrete Golden and others.

Balneario Art Gallery officially opens to the public on December 13 at 7 p.m. and is located inside The Source Hotel, 3330 Brighton Blvd.