Review – Misterwives Made Denver Their Home for a Night

After a warm Wednesday morning turned into a cold and rainy afternoon, the perfect cure for the winter blues was found at the Gothic Theatre where Misterwives made their stop in Denver on their “No Place Like Home Tour.” The band, headed by front woman Mandy Lee, brought an endless supply of energy and positivity to liven up the atmosphere with their signature brand of anthemic indie pop songs. 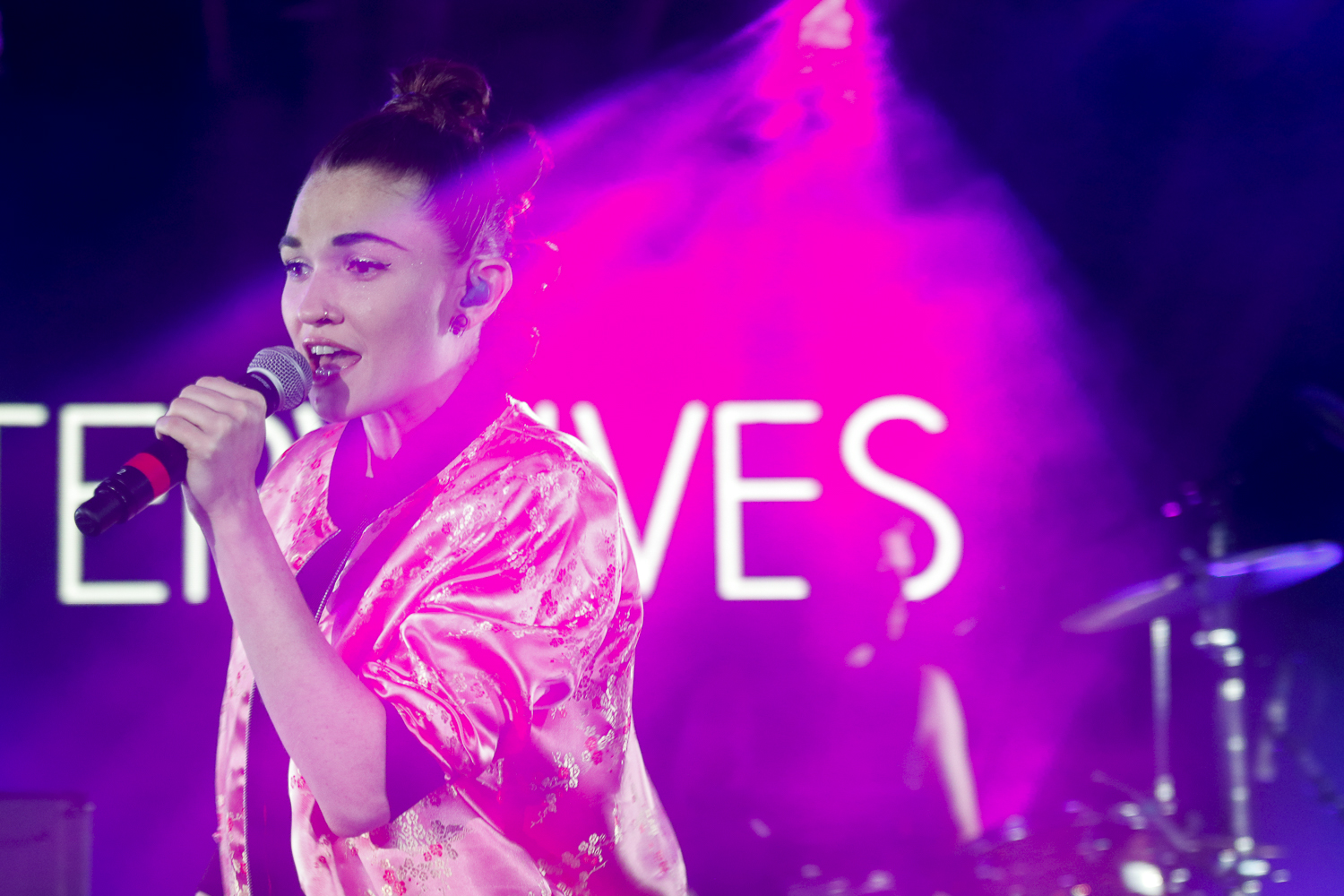 Foreign Air hit the stage first, warming the room up fast. Their set opened with the only source of light coming from a neon sign in the shape of their band name. They began their set with “Loud Magic” and introduced the room to their music with frontman Jesse Clasen’s impressive vocal range, easily sliding in and out of his higher register throughout the song. While a few avid fans were in the room, the band quickly won everyone else over. Their beat-driven music was infectious and not a single person was standing still.

While Clasen concentrated on the songs for the first half of their set, he gradually opened up to audience participation. ”We played Denver once and there was a huge blizzard after the show,” he recalled, unintentionally making the room nervous at the inclement weather outside. At one point he engaged the crowd in a word game. After he asked the room for an adjective, he received an answer in the form of an audience member yelling the word “swimming,” exemplifying the failures of the American education system in a single moment. No matter, Clasen played along, using the arsenal of sound effects in their set’s library to recreate the word. 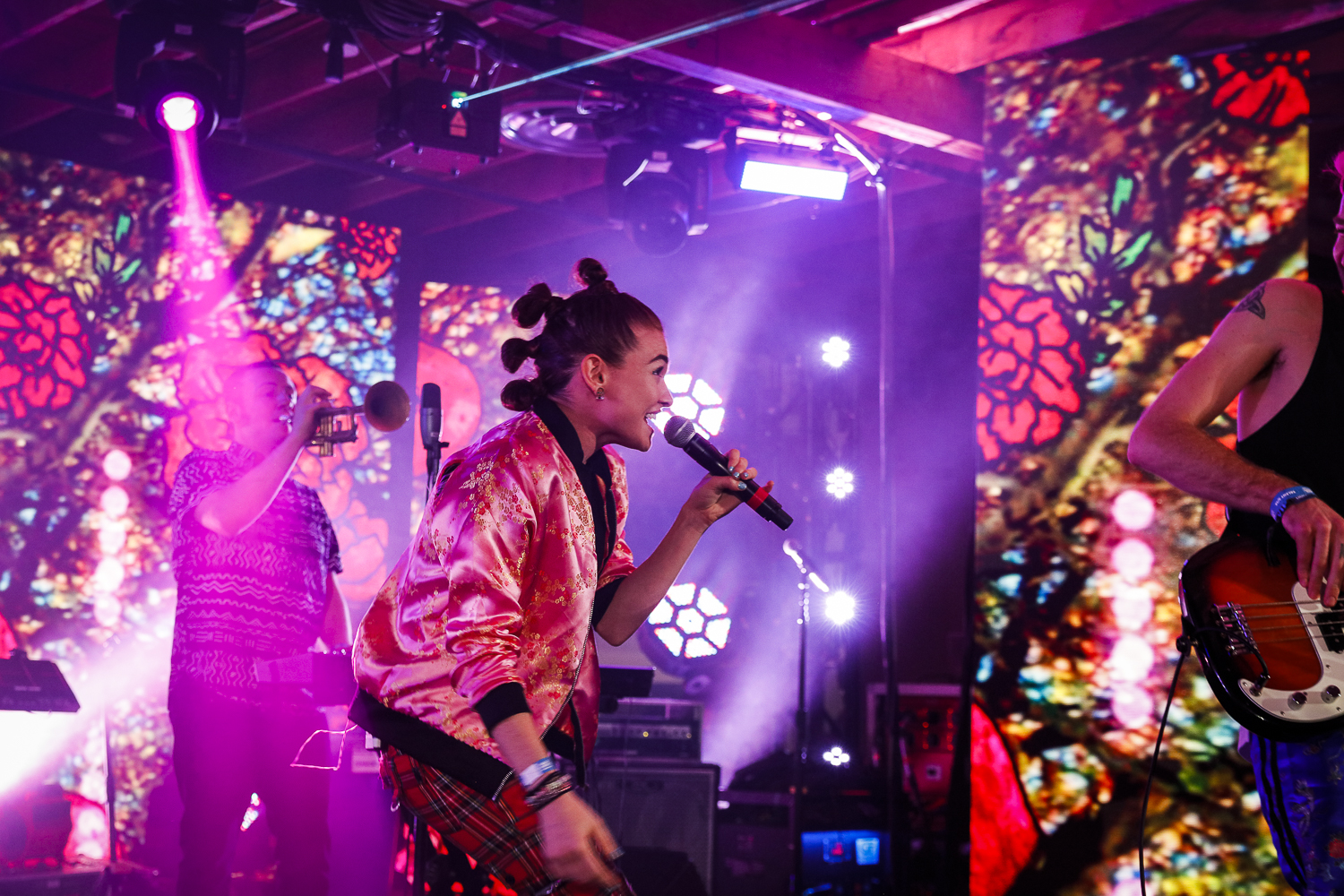 When Foreign Air left the stage, the crowd was considerably excited for the party to keep rolling. Everyone chattered loudly and as the playlist between the two sets began to play Panic! At The Disco’s “I Write Sins Not Tragedies” and The Killers’ “Mr. Brightside,” the crowd danced and sang along, keeping the energy in the venue high in preparation for Misterwives to take the stage.

When the lights finally dimmed, the band walked out dressed all in white and Lee followed moments later, bounding onto the stage dressed in a pink tulle dress and beginning with, ironically, “The End.” The plastic flowers wrapped around the mic stands and flashing rainbow lights truly transported the audience to an Oz-like world in the middle of Englewood. 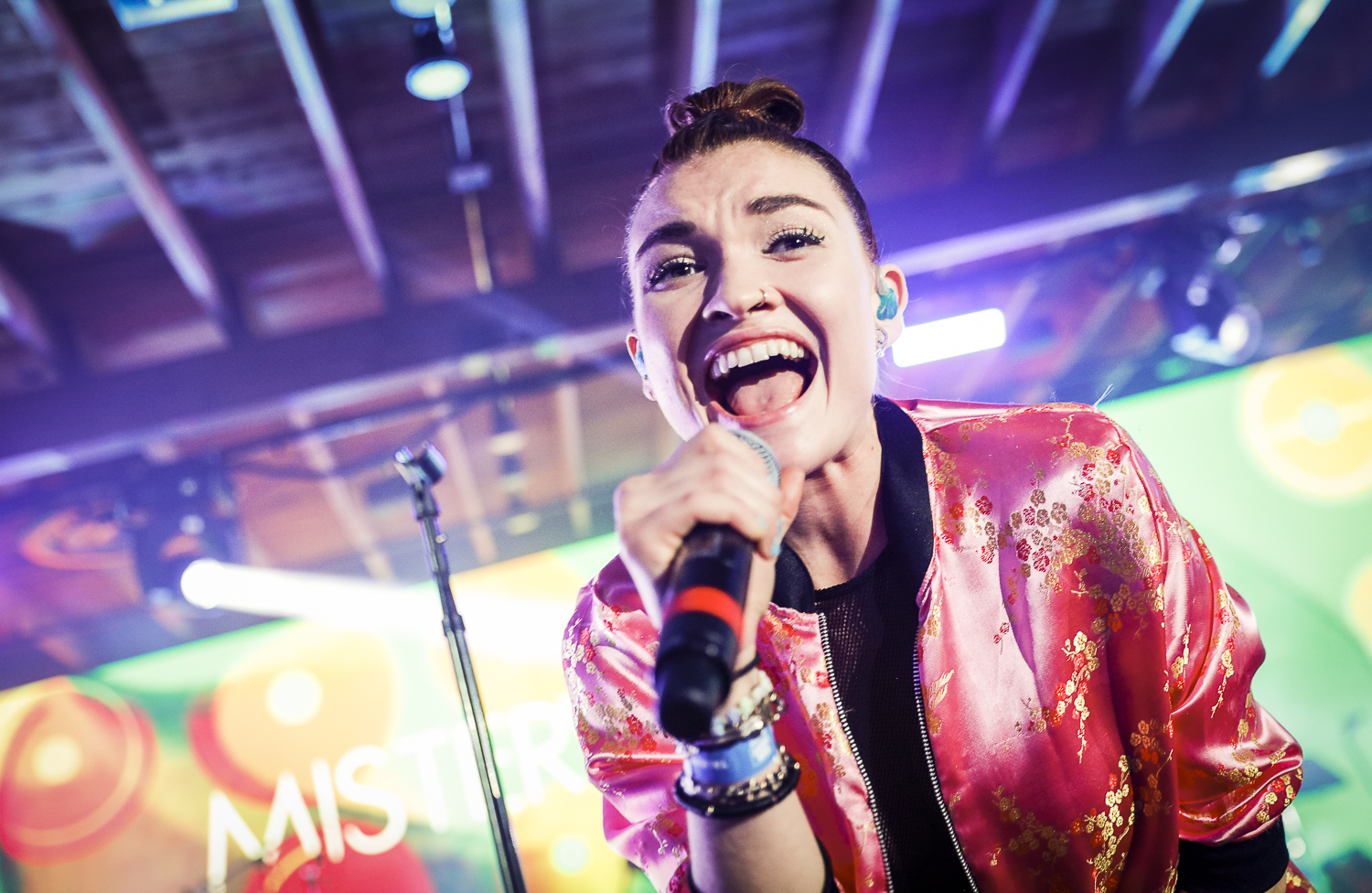 Now, if you’re one to attend a concert and stand in the middle of the crowd head-nodding stoically, a Misterwives concert is probably not the place for you. Their song catalogue consists almost entirely of music designed intentionally to keep everyone spinning around and dancing. The crowd seemed to know this already, following Mandy Lee’s example as she twirled and bounded around the stage. Despite calling New York City home, no one on stage seemed to be affected by the thin mile-high air that all visiting musicians comment on within the first 15 minutes of their sets. Instead, Lee wowed the room with her incredibly powerful, soulful vocals, delighting the crowd when bassist William Hehir and guitarist Marc Campbell joined in on the fun with quirky synchronized dance moves during “Coming Up For Air.”

Between each song, soundbites from Victor Fleming’s “The Wizard of Oz” played, young Judy Garland’s voice guiding the band from song to song and adding a touch of nostalgia to the night. Lee took a few moments throughout the night to address the crowd, instructing them to use their concert to “do whatever you have to do to feel better than when you walked through those doors.” She encouraged everyone to unapologetically be their truest selves, telling the audience that their music was created to remind everyone “to never fit into a fucking box.” 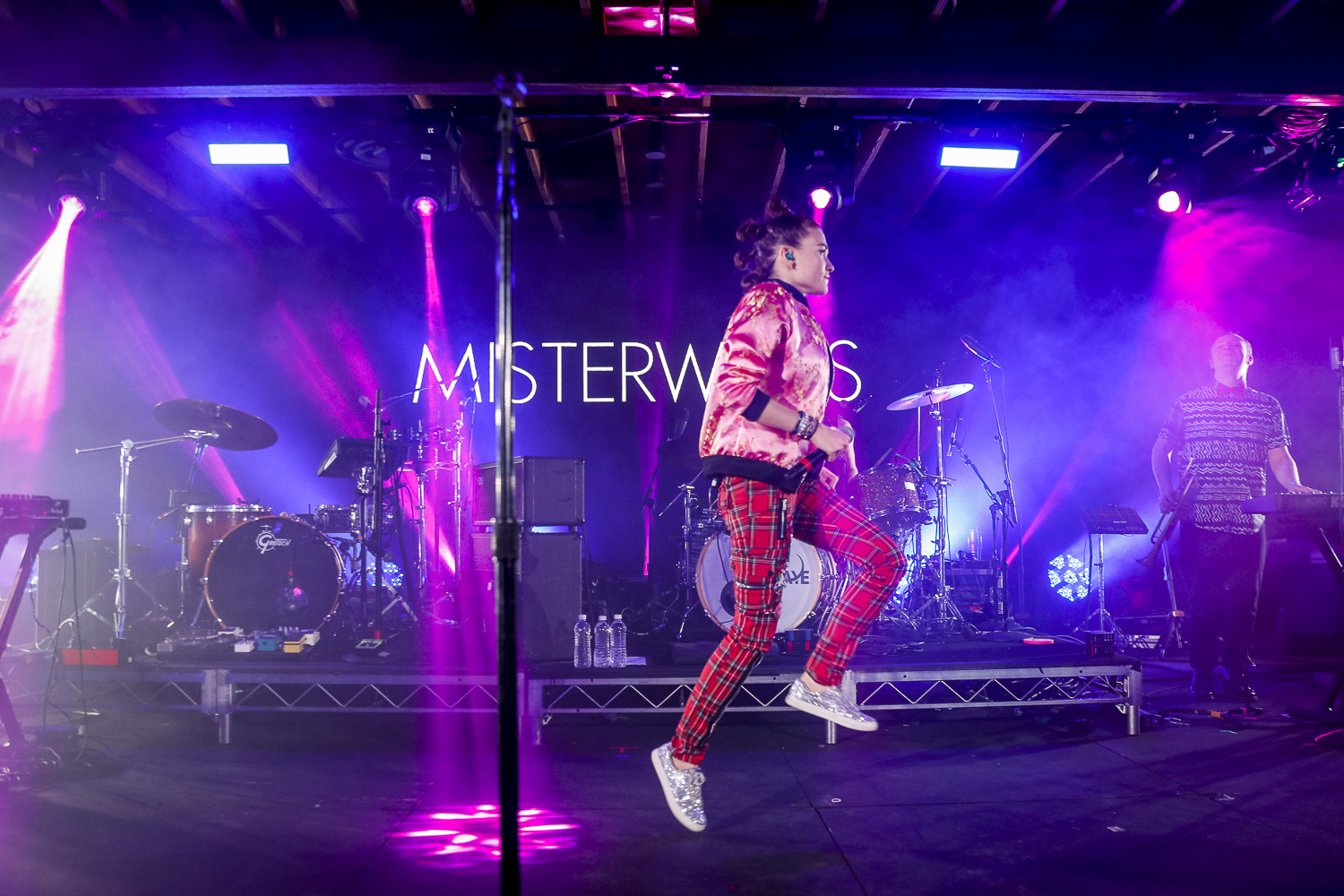 A highlight of the night came when the band performed their cover of Lizzo’s “Truth Hurts.” Their twist on the hit song is quickly becoming a staple at all of their concerts, and while no one can embody the spirit of Lizzo’s empowerment anthem as well as “God herself”—as Lee describes her—the band does come close. Aside from that, every song they played was a crowd-pleasing hit. Even all of the songs off the band’s newly released EP—Mini Bloom—garnered cheers and singing along from dedicated fans.

Coming back on stage for the encore, Lee performed “Vagabond” solo in a touching moment for everyone in the room. Her band rejoined the spotlight afterwards from the balcony in the back of the house, making their way through the crowd marching band-style. Eventually they all ended up back on stage to end the night with an explosive performance of the hope-filled, brass-driven anthem, “Our Own House.” As everyone departed from the joy-filled house Misterwives built in the Gothic that night, they left with the knowledge that they could come back anytime they wanted.