To obtain a nickname like that of the “dark prince of techno,” you’ve got to fully embody an almost sacrilegious affiliation with the depths of sound. For Gesaffelstein, the moniker is fitting if not an understatement. Draconian synths rip open rooms, pounding beats buckle and break underneath — a chaos mosaic resembling Peter Paul Rubens’ Massacre of the Innocents, unfolds when he assumes his unholy altar. His music is techno at its most rapturous — a plague of ominousness that conjures a knee-jerk reaction of a busted knee cap stomping along to its aggression. To that resounding reputation is where Gesaffelstein earned such a nickname, and swinging through Mission Ballroom Sunday night, he assured Denver he’d live up to it. 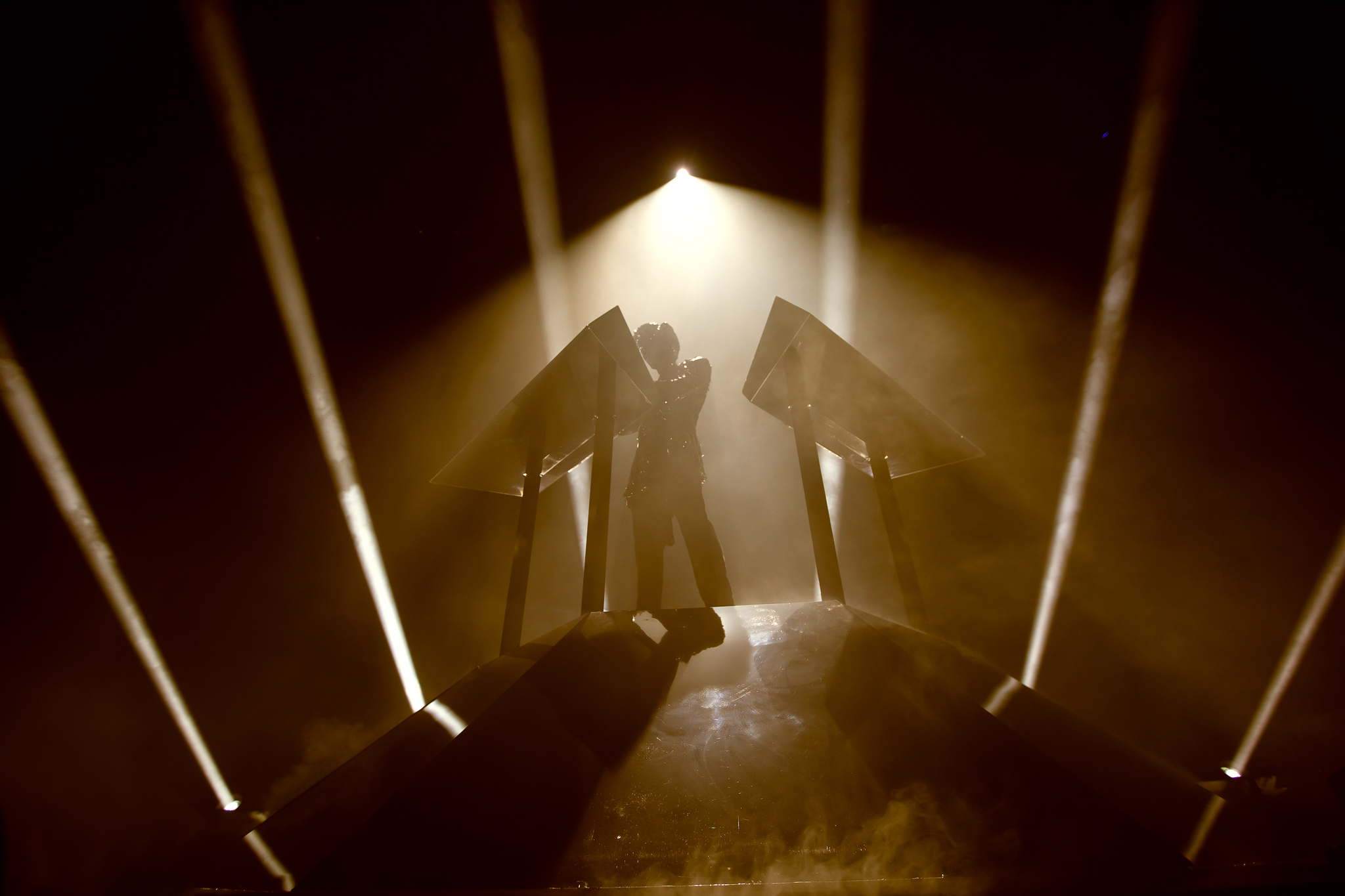 Appearances from the dark auteur are few and far between, to say the least. Besides popping up on a few festival lineups here and there, a full-fledged tour to the degree of the one he brought to Mission Ballroom had never been in the cards, until now. Word of mouth spread faster than the speed of light making Gesaffelstein the hot name on everyone’s lips, even if they couldn’t pronounce it, following the release of his groundbreaking debut, Aleph (2013). His stark performances, where he chain-smoked cigarettes, throwing out brutal beats backed by swarming white lights against a dark facade seemed almost carnal in execution and by the audience’s ravenous response. Releasing his follow up, Hyperion (2019), a much more mellow, but commercially successful affair, the Gesaffelstein that would appear at Mission Ballroom was set to level up in a major way. 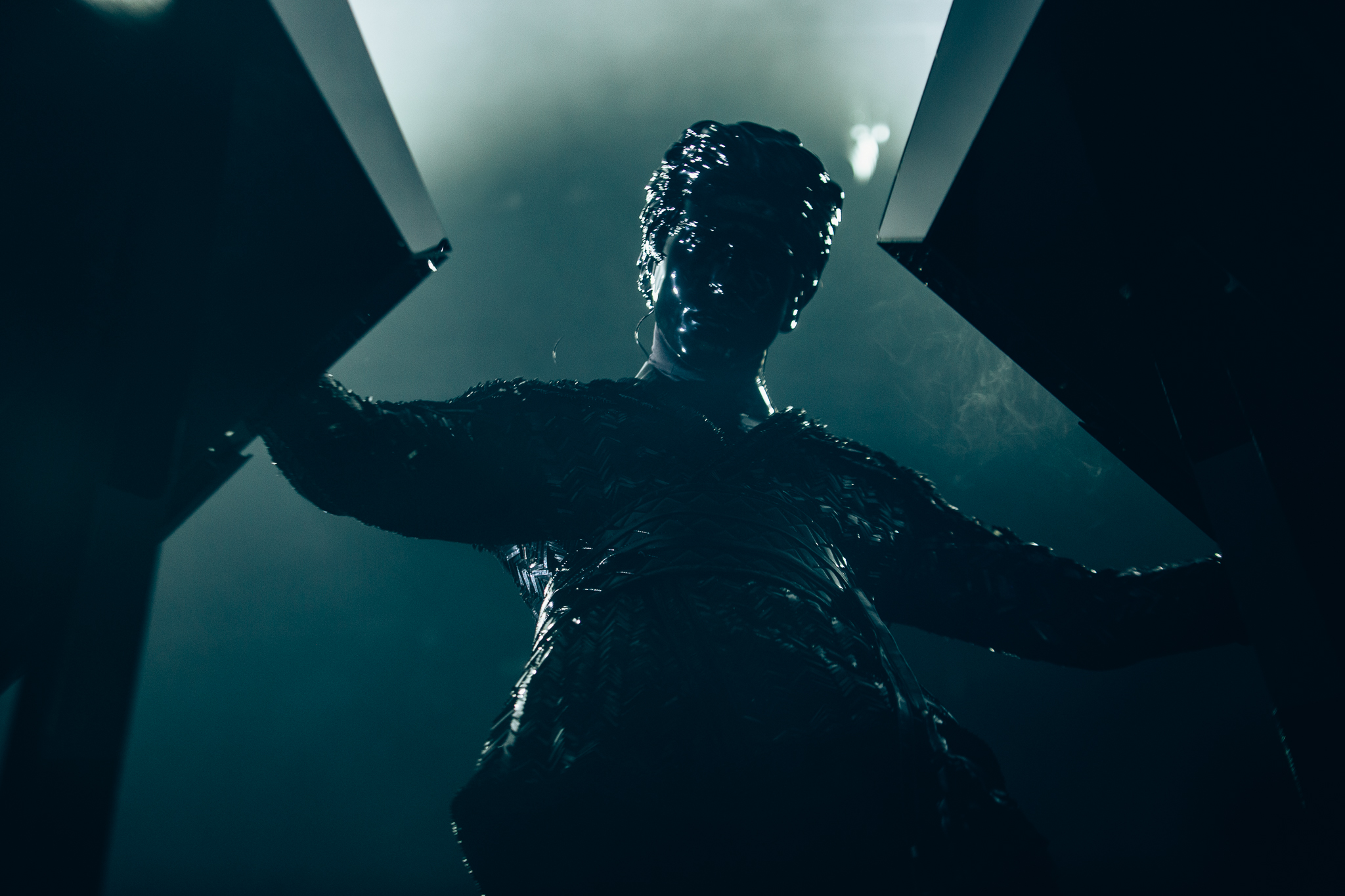 Entering the near pitch-black venue to the sounds of opener Guillaume Berg spinning in the corner of the stage, the darkness felt like it was encroaching upon every step. Heads bobbled in the meek light, positioning themselves for the main attraction. A brief reprieve by way of the house lights lifting illuminated the eager faces of everyone in attendance until an increasingly agitated droning swallowed Mission Ballroom in a black hole. Emerging from the center of a monolith spawned out of Vantablack, Gesaffelstein donned a custom Balmain headpiece and robe, took to two angled stands and launched into the fitting “Doom.” Eventually giving way to “Pursuit,” Gesaffelstein strong-armed a devastating dance party from the depths of hell.

Songs corroded into other songs, pulsating with vicious energy that had the venue gripped full stop. The Vantablack monolith warped the perception of lights as they danced across the stage and flickered off Gesaffelstein’s metallic body. The songs festered in dialed down BPMs, contrary to other electronic shows that rise and fall in cadences. People like flies to a zapper traced the trails of lights and felt the inhibitions fly into the darkness. Throughout the experience, the atmosphere verged on riotous — a punk rock show grasping at the reins of anarchy, testing the limts of restraint. 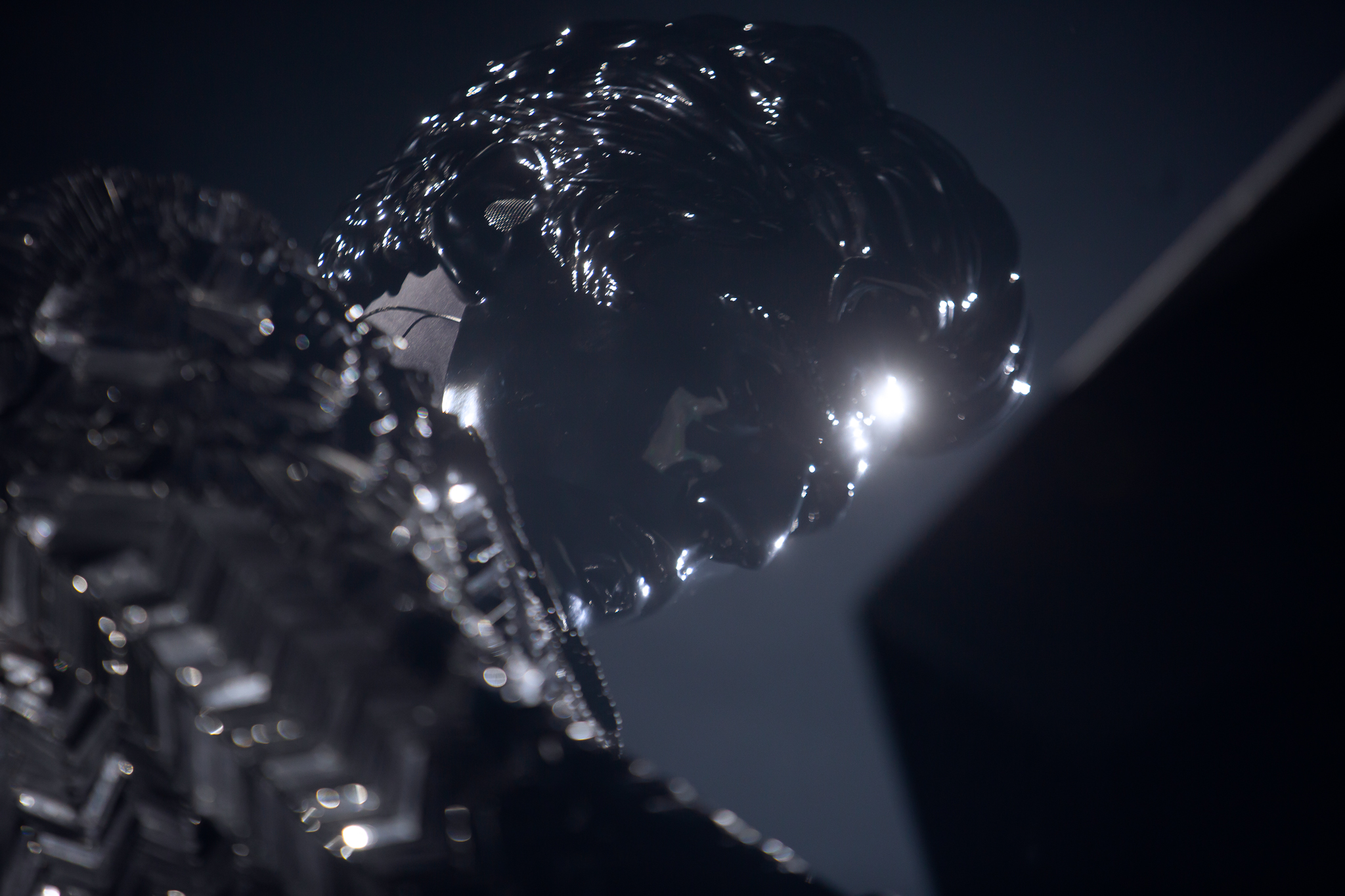 While the world didn’t erupt in flames and no hierarchies fell, due in part to the prevailing restraint, it managed to defy all sorts of notions with its pace and production. If the Four Horsemen of the Apocolypse were to ride to a theme song, it’d probably be the doubleheader of “Hell and Glory” and “Orck” that Gesaffelstein ended his performance with. The former’s palpitating heartbeat of a groove and the latter’s breakneck whiplash of jagged synths and “Blitzkrieg Bop” biting “heys,” took the performance to a head. By the end, people weren’t so much dancing as thrashing around under the music influence and rocking in place for those who’d caught the second-hand high. Between chaos and confusion, Gesaffelstein struck a sweet spot in the middle where the light and the dark meet.

All photogrpahy by Brandon Johnson