It feels like there aren’t enough words to describe the unstoppable force that is Brittany Howard. Born in the South to a white mom and a black dad, her life was written out by others before she could speak. Her older sister Jaime — for whom the artist’s first solo project is named after — died of retinoblastoma at the age of 13. Her family experienced constant scrutiny and as a queer artist of color whose childhood included having a severed goats head left in the back of her parent’s car — there’s a lot of room for anger.

Nonetheless, Howard chose another way to get her message across. As the frontwoman and guitarist for the Alabama Shakes, the southern rock group tackled working-class woes with catchy riffs and familiar drums. Now as a solo artist, she’s talking her talk, inviting the world in on her story, all the while dancing the delicate line of honesty through the lens of her life while still preaching self-acceptance and tolerance for others. 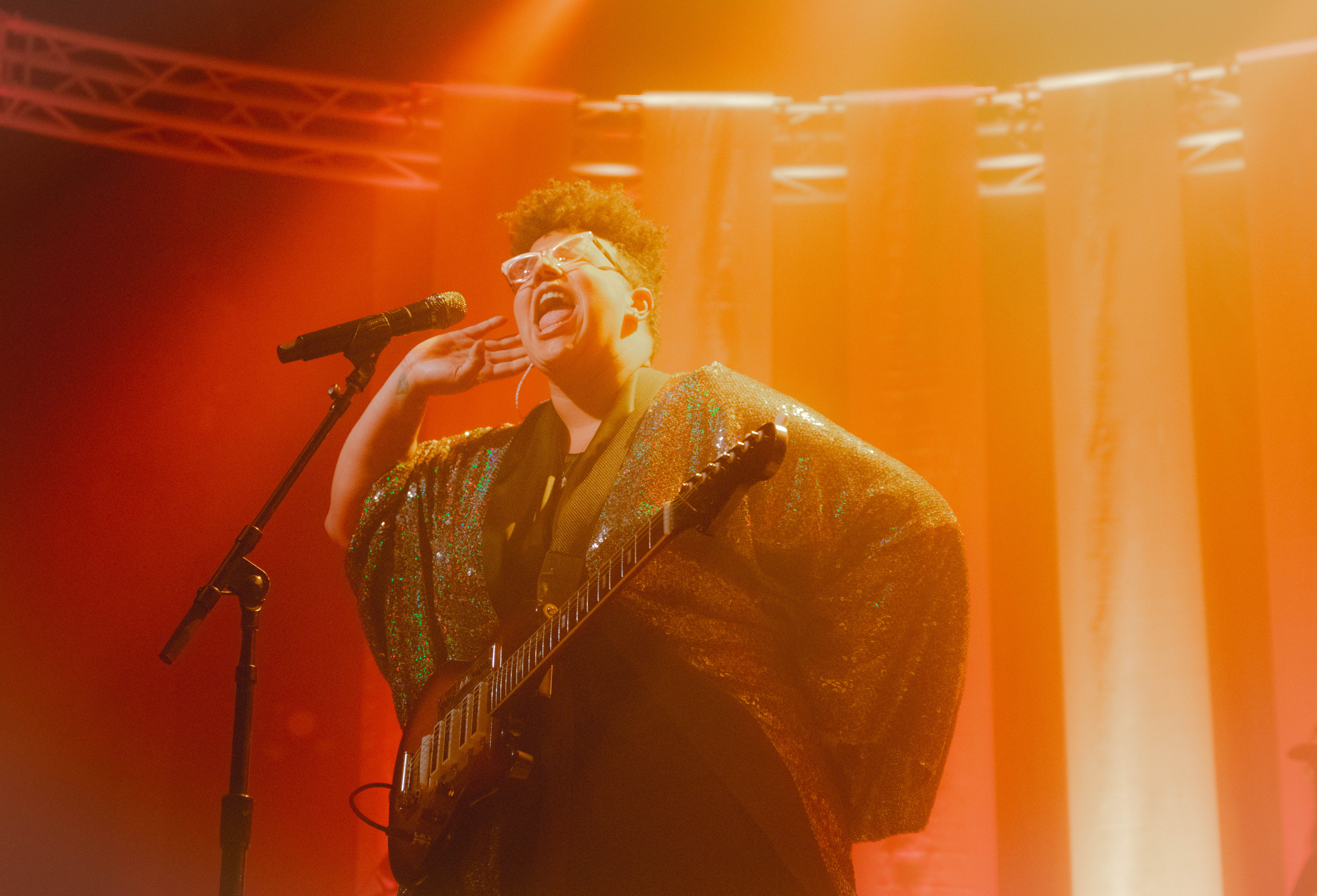 Her debut solo album, Jaime, feels like a master class on blending many genres at once. It’s a history lesson of sorts, dipping into a historically African American catalog of music, drudging up all of the stolen tidbits of music that others have claimed for themselves. Howard throws it back on a record, wagging her finger at the thought that there is such thing as soul, funk, rock ‘n’ roll and gospel without the black musicians that created it. It’s not sanctimonious — it’s the truth, and the production on the record is her authentic reverence to what came before.

Howard in concert is a different level of experience. Her record was among the most powerful forces to emerge this year, webbing incredible lyricism and production with Howard at the forefront. Bringing Jaime to life, however, was a collaborative moment. It’s about all of the key players, her back-up vocalists, her drummer, the organs in the back that took a spotlight moment during “Stay High,” all rounded out by her infectious voice and stage presence. There were no real frills to the show, with a simple backdrop with lights that rolled through the feelings that every song would convey. It’s not like Howard needed pyrotechnics and an intricate LED light show anyway. 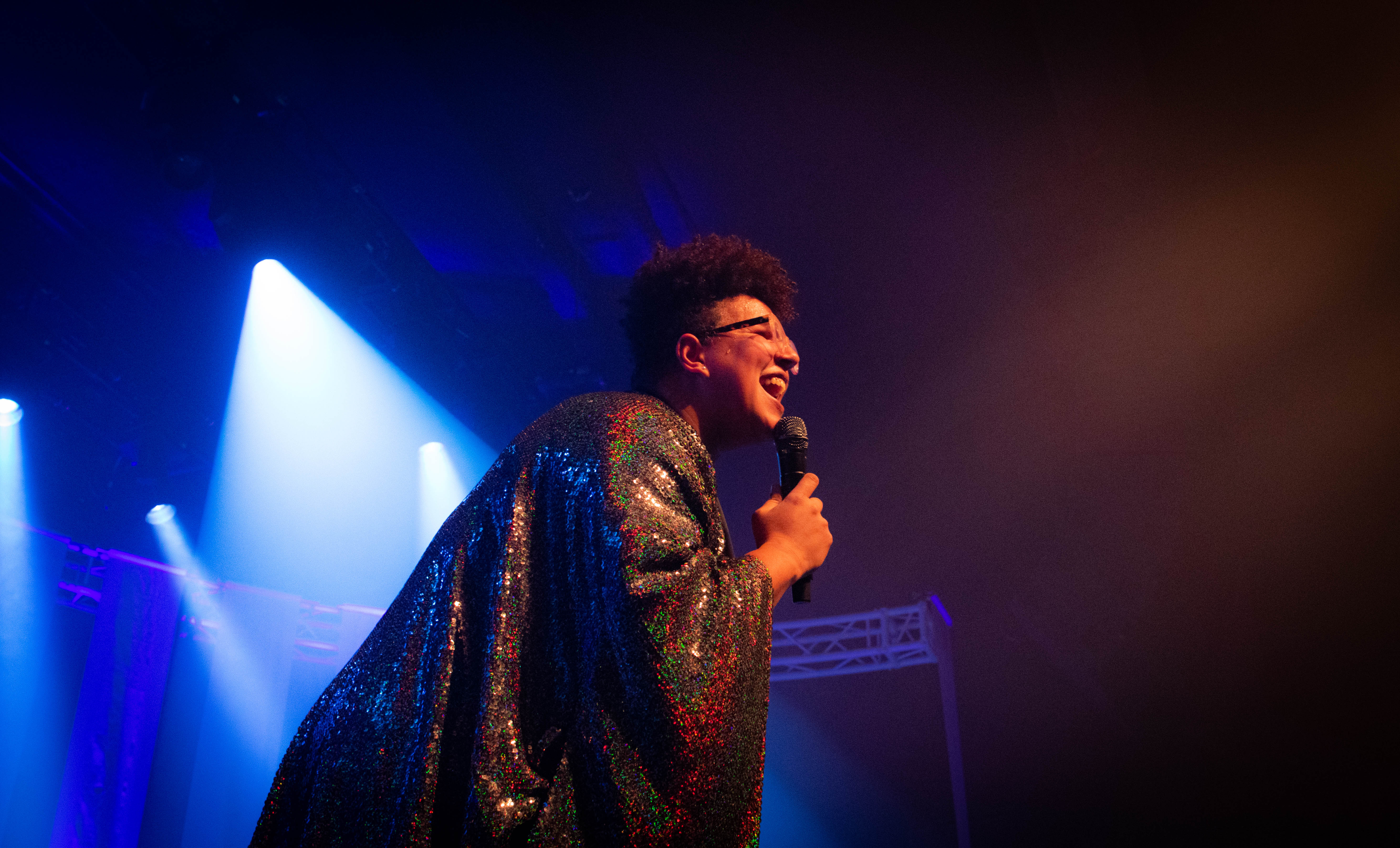 There were rising tides of emotion, with her vocal affirmations echoing through the hall in “13th Century Metal,” as the room filled with the words “I promise to think before I speak, to be wary of who I give my energy to because it is needed for a greater cause — greater than my own pride.” There were moments of lament as she recounted the scars of her past in “Goat’s Head.” There were moments of euphoric recognition as she tackled Prince’s “BREAKDOWN” and Jackie Wilson’s “(Your Love Keeps Lifting Me) Higher & Higher.”  There were moments of strength throughout, layering the world in her storytelling, embracing the idea that there is something outside of the simmering underbelly of hate, all the while rejoicing through gospelized altruistic language that felt spiritual without needing a religious label.

It’s not her job to educate the world about what it means to be in her body, but nonetheless, she gave that gift to us anyways. Because Howard’s message is very clear — she is here to stay and we should listen, it is our responsibility to do so because her truth is worth listening to. 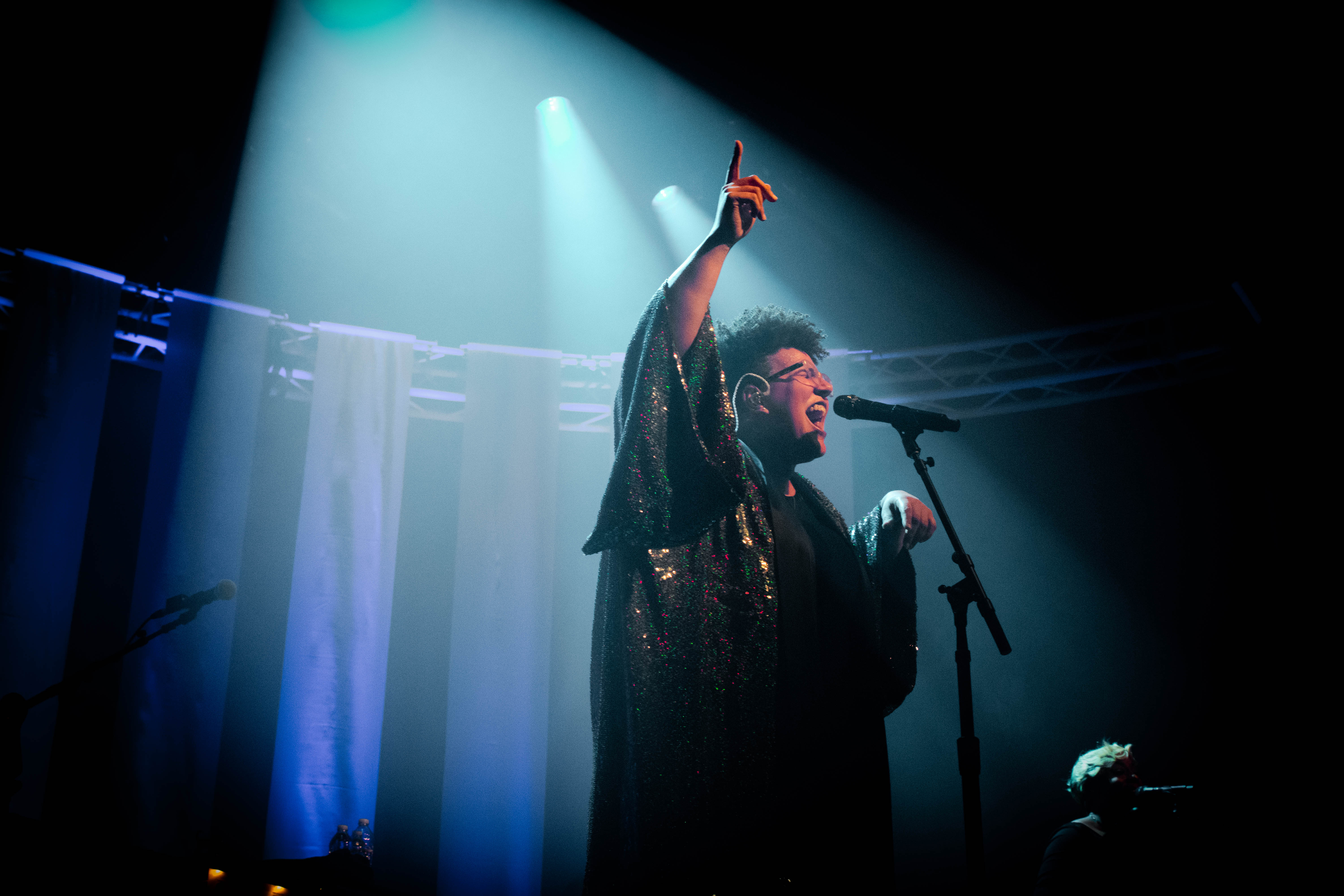 Summarizing an event of such resonance feels borderline impossible but, it was always entertaining, and it pushed the bounds of what positive messaging can do to make people see you. Musically, it was as technically precise as one would expect, with Howard’s voice beaming through the audience, bouncing off the walls like a voice inside your head.

One of the vocal highlights of the night was her rendition of “Short and Sweet,” her love story about love stories that end before humanity plants resentment and boredom into our minds. She stood alone, acoustic guitar in hand, and paralleled the complexities of love with her own vocal gymnastics that ranged from a baritone growl to a soprano’s glass-like call. Her prowess is legendary to behold tied together with her knowledge of what good music feels like and deserves to be.

Much like “Short and Sweet,” the love affair Brittany Howard brought to the Ogden Thursday night was exactly the right amount of time. People left the theater lingering to the kiss of a moment that was meant to happen for only a little while but changed the tides of your life in ways you can’t even begin to know yet. 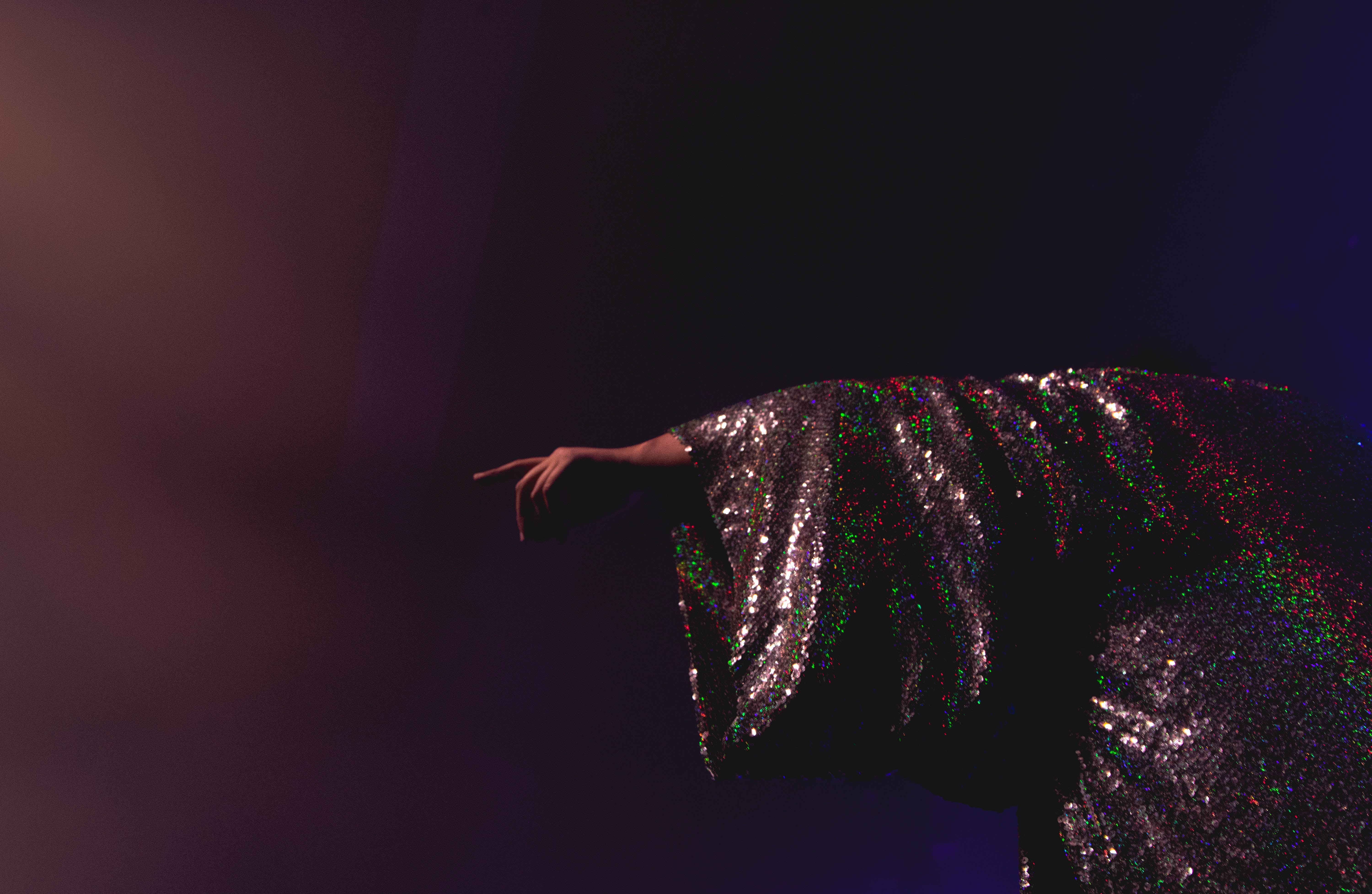