Patrons of the Gothic Theatre on the night of October 2 caught Sigrid at a critical juncture in her up-and-coming career. The 23-year-old Norwegian dance-pop songstress started turning heads back in 2017 with the release of “Don’t Kill My Vibe” — a song about the time she allegedly walked out of a meeting full of older men who wanted to commodify her brand into something sexier. Yet her debut LP, Sucker Punch — which came out this past March — actually pulls some punches. Conceptually, it toes away from the femme fatale act that “Don’t Kill My Vibe” foreshadowed. Sound-wise, critics couldn’t find fault with any track on the album, but they couldn’t find anything particularly arresting about them either.

Seeing Sigrid live on her “Sucker Punch Tour” was a bit like listening to the album that inspired it. Her robust vocal foundation is immediately apparent — so too is the influence of ’80s synth-rock. Her discography is neither deep nor varied enough (yet) to yield a show longer than 70 minutes, but the presentation of it was well-structured, with lyrically dense acoustic arrangements splicing up chunks of similar-sounding breezy pop tracks. 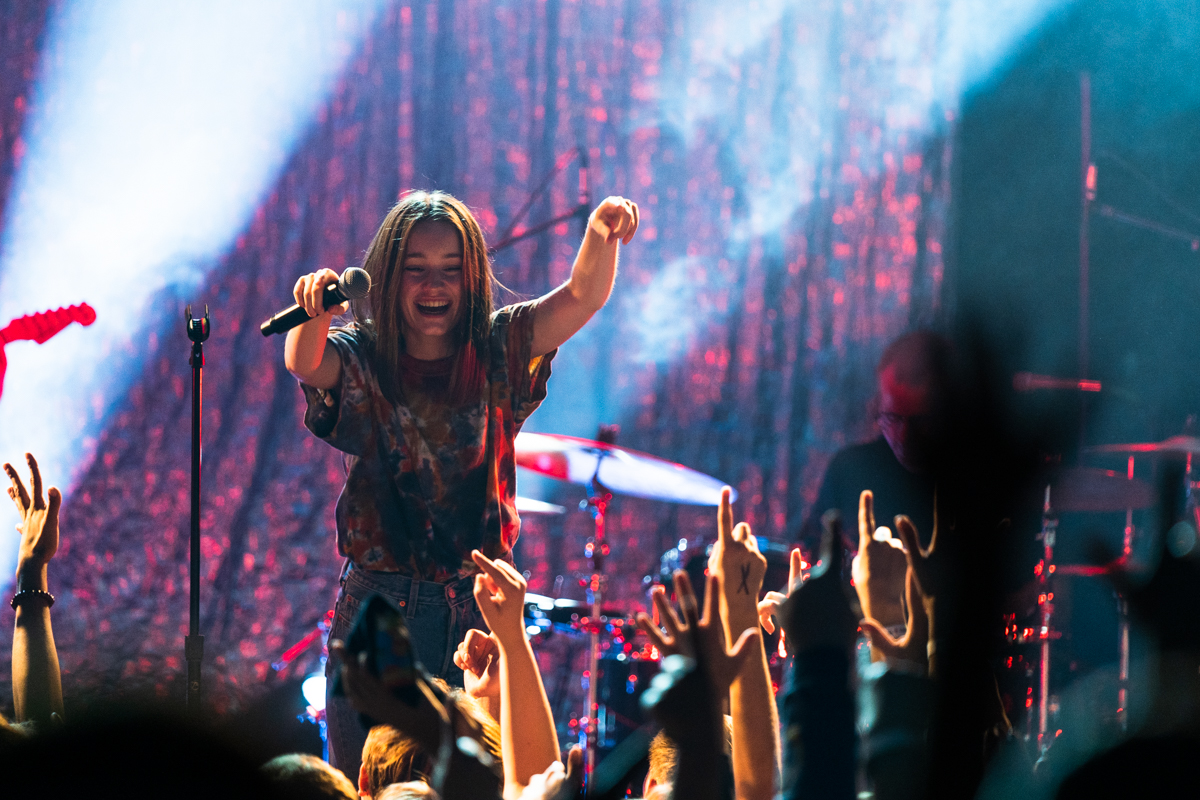 What the studio recordings fail to capture is her refreshing resistance to glamour. Bare-faced and clad in jeans and an over-sized tie-dye t-shirt, Sigrid blended in with everybody else in the room, and she was all the more irresistible because of it. Witnessing her live made me realize that — at least in our current cultural moment — we don’t really need another female icon to call a “queen” or a “goddess”. Inundated as we are with otherworldly personas, perhaps what we crave most in a pop star is normalcy.

Before Sigrid took the stage, the Gothic Theatre played host to another casually clever young female pop act. Opening the show was Raffaella, who managed to be peevish and sexy while wearing a snoopy tank top. Her sound is sometimes hard to distinguish amidst the proliferation of raspy indie girl crooners — anyone remember the “Indie girl singer introduces us to her kitchen” Vine? — but her stage presence threatened to steal the show. She leans into humor, writing songs about a balaclava — “as in the ski mask, not Baclava, the Turkish dessert” — and a breakup with her chiropractor. Receiving the most cheers was “Sororicide”, her 2018 single that facetiously exposes toxic sorority culture. 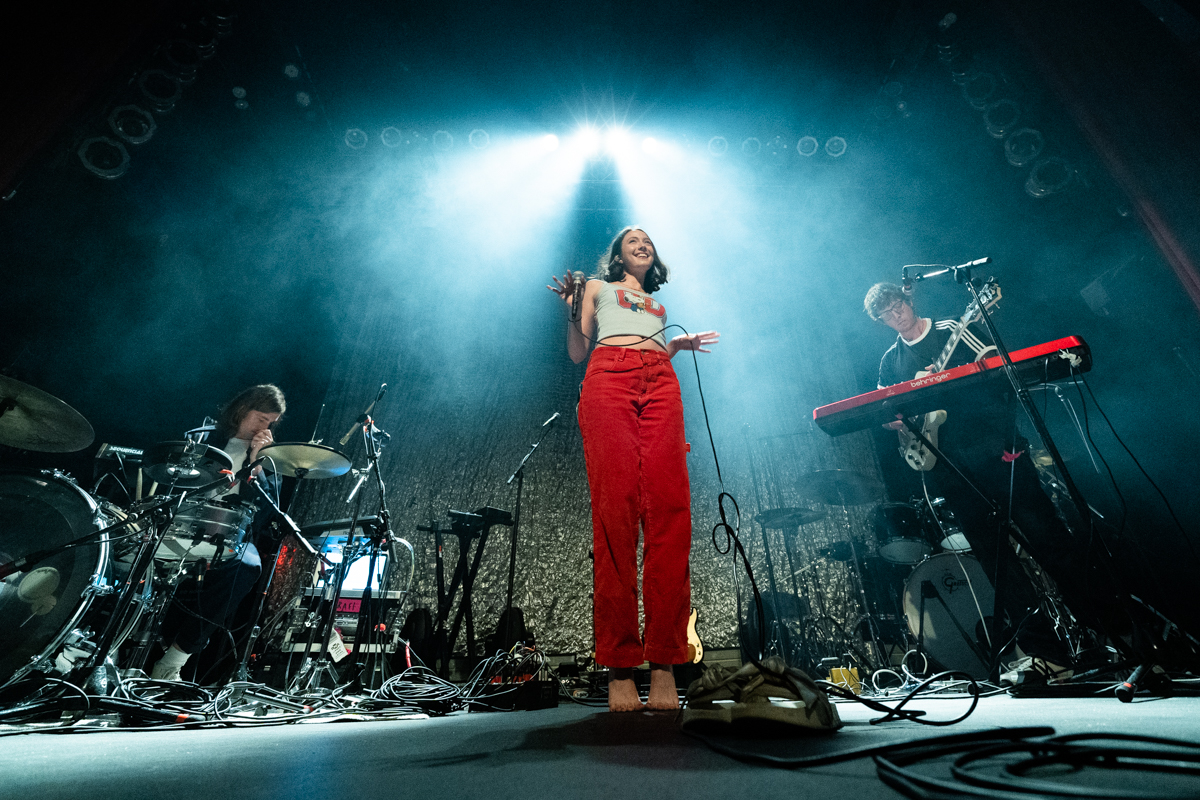 Raffaella at the Gothic on October 2

While an opening act must earn the love of the audience, the headlining act begins their performance with it semi-guaranteed. After Sigrid played her first handful of songs — jaunty tracks like “Sucker Punch”, “In Vain” and “Raw” — she had the crowd wrapped around her unmanicured finger. Besotted, they mirrored the bright-eyed Sigrid’s relaxed yet zestful attitude. These critically-placed feel-good songs paved the way for a night of downright fun.

The concert would’ve been a little innocuous if not for the subtle shift that (unsurprisingly) followed the performance of “Don’t Kill My Vibe”. This second half of the concert featured more stylistic and thematic variety — soul-bearing acoustic think-pieces interspersed booming tracks like “You Were Never Mine” and the unreleased “Go To War”. 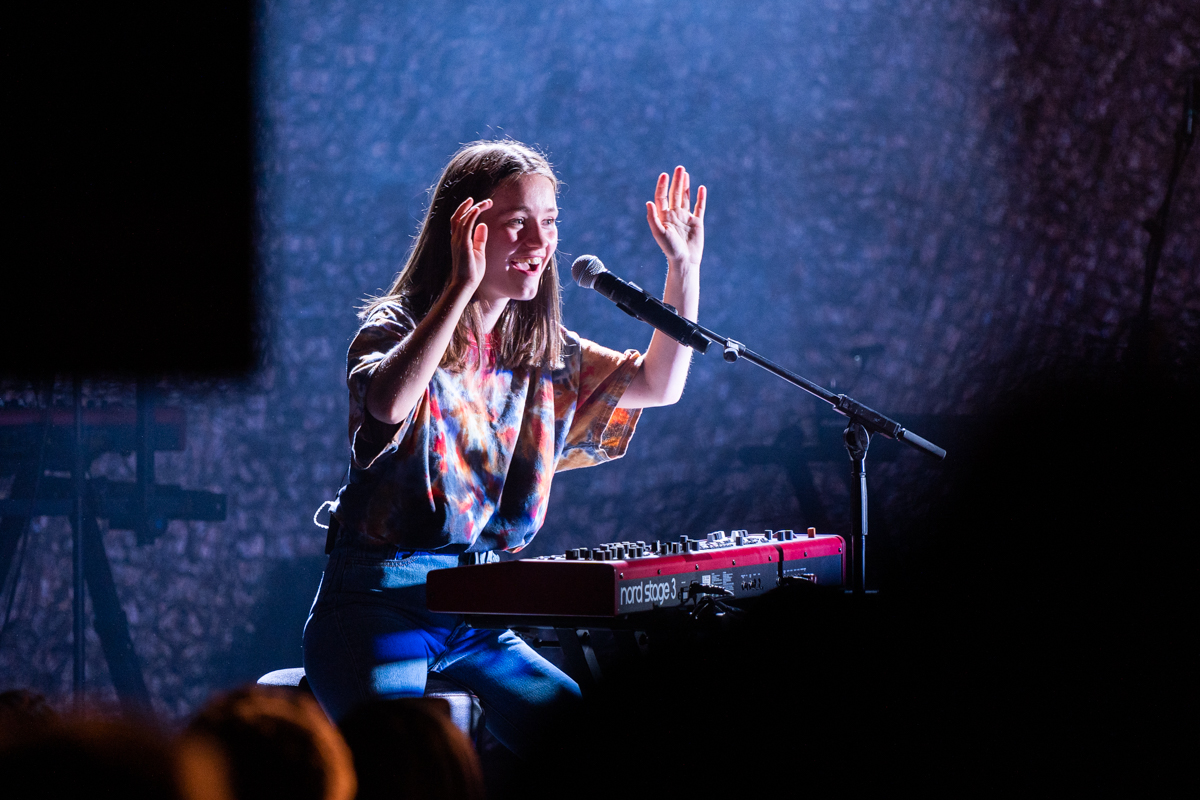 The young Scandinavian’s pipes were powerful and versatile enough to carry her through a full set, even without her usual backup singer there to support her. (Sigrid explained early in the concert that she was recovering from sickness.) In fact, her solo vocal performances accentuated the individualism that the album’s promotional campaign worked so hard to convey. In addition, the bare-bones vocal set up exposed Sigrid’s lyrics, which seem cliché at first, but are just slanted enough to give additional pause. Take this line from “Dynamite”, for example — “You’re as safe as a mountain but know that I’m dynamite”.

Sigrid also introduced not only the members of her backing band but her sound and lighting technicians as well — a humble gesture that charmed and validated those of us with backgrounds in theatre staging and production. The collective bow at the show’s end reawakened the theatre geek within that’s lain dormant since high school. 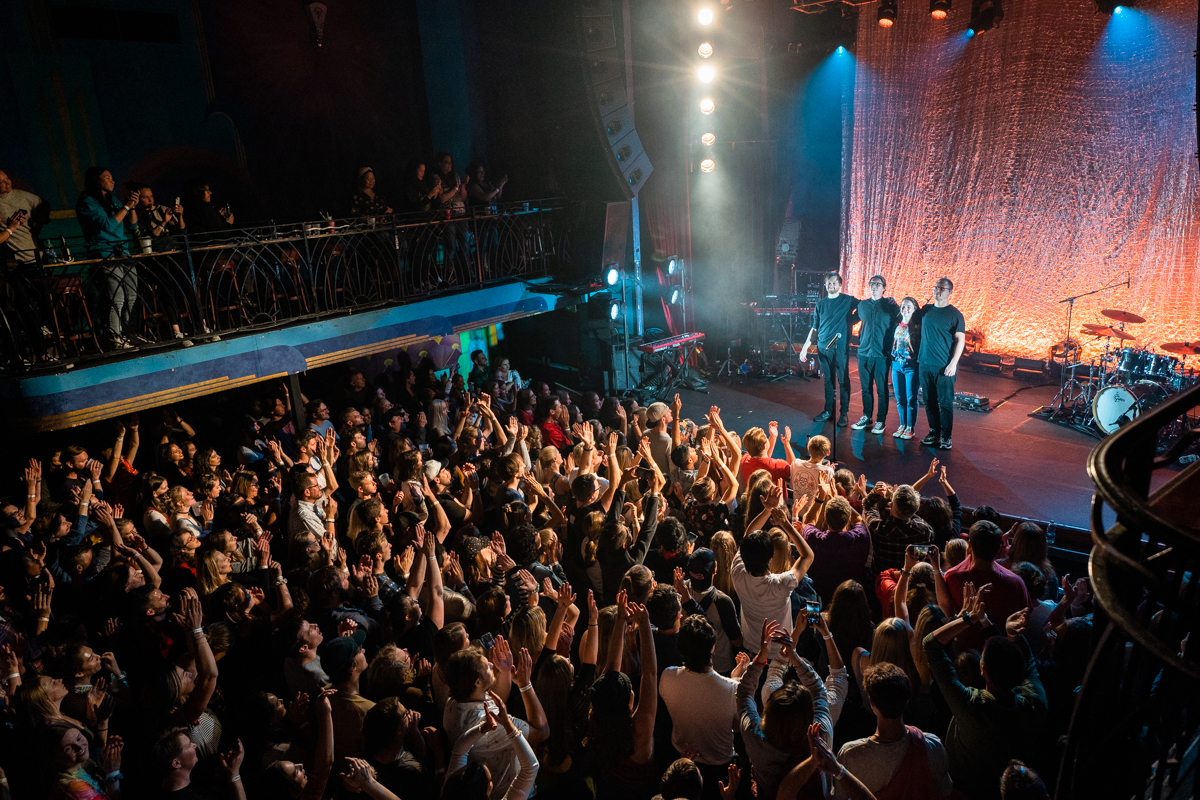 Wednesday evening’s brisk performance fed the audience’s taste for uncontrived, radiant and youthful pop. Sigrid left a little room for dessert but withheld it from her Denver audience — there was no encore. Hours after the concert, I was thankful she didn’t overindulge us. Smartly and strategically, this rising pop artist left the audience wanting more, and we’ll be on the edge of our seats until her next new release.

All photography by Daniel Amimoto.