All Photography by Heather Fairchild

When Phil Collins came out of retirement in 2017 he returned to the stage with all the humor anyone needs to remain young at heart. Though the former Genesis drummer showed signs of aging, he glibly named his return tour the “Not Dead Yet Tour,” a subtle nod to his age that proved that Collins wouldn’t give up his career without a fight. Collins continued that tour, extending the comeback into the “Still Not Dead Yet Tour,” which made a stop in Denver on Sunday night. 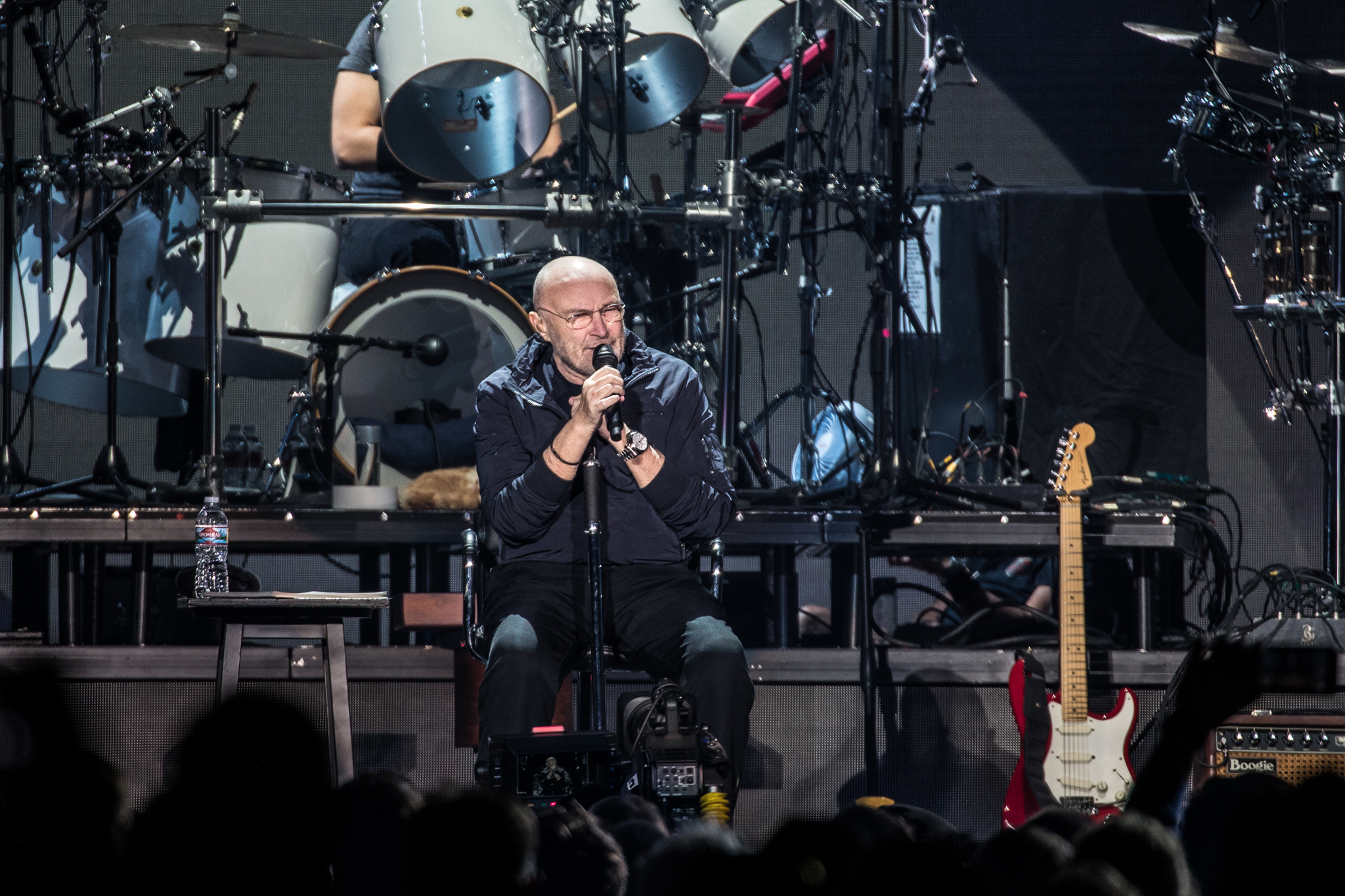 Collins first began to develop his fan base as the drummer for Genesis. However, with a career spanning half a century, Collins’ fan base consists of far more than just Boomers and Gen Xers who remember the height of the rock group’s success. Collins is also well known among Millennials, many of whom will likely be quick to remember hits off the soundtrack from the Disney film Tarzan. Fans of all ages turned up to Sunday’s show, proving that Collins’ timeless music will never go out of style.

Though Collins’ tour is cheekily called the “Still Not Dead Yet Tour,” his appearance on stage in Denver had a handful of fans questioning how many years of touring the icon would have left — and wondering if this comeback tour would also double as a farewell tour. Walking slowly to his position center stage, Collins relied heavily on his cane to help him make his way to the chair resting there. 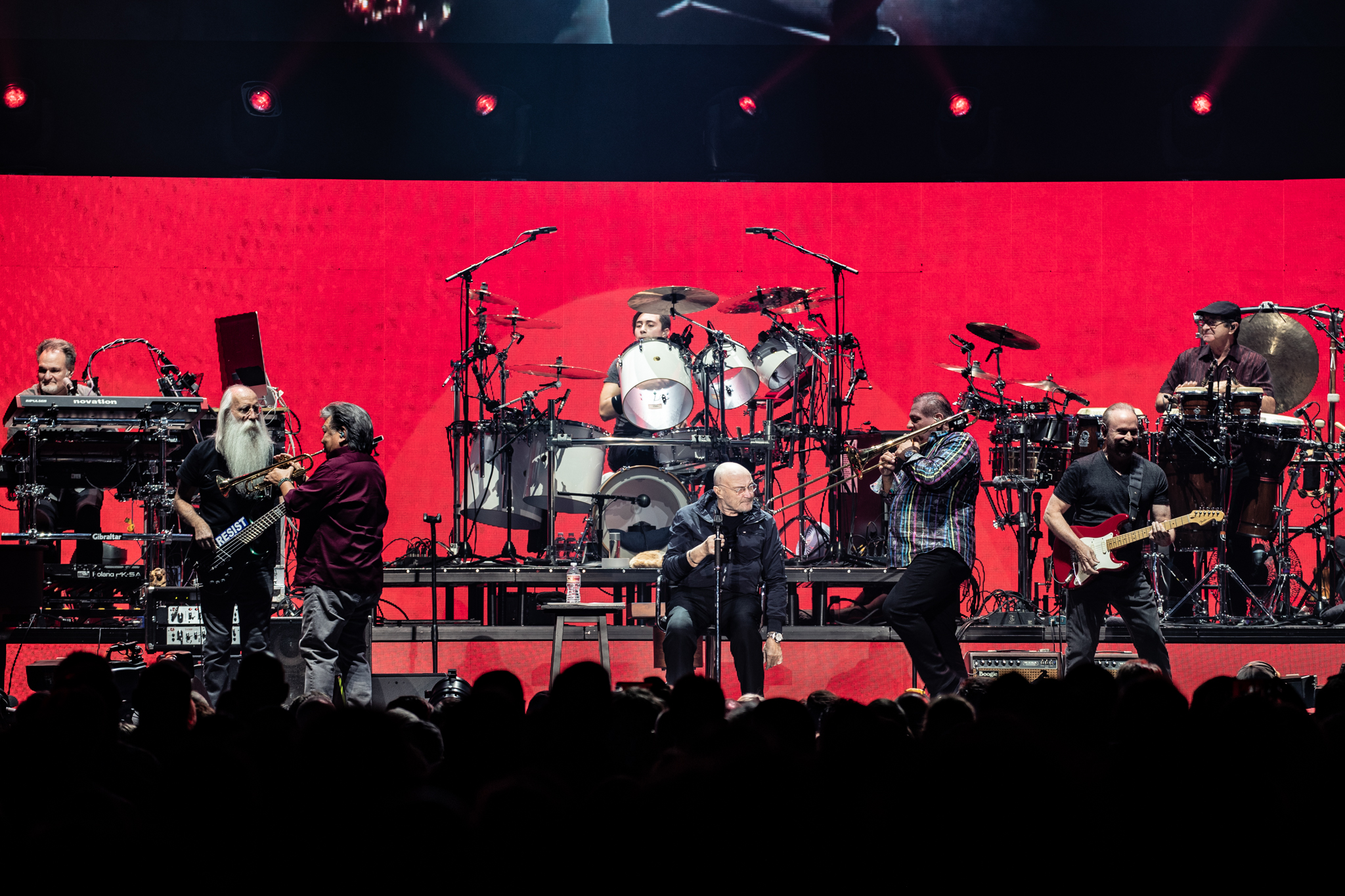 Sitting down, Collins took the time to address the crowd. He explained that he is still not quite ready for a full evening of dancing across the stage — a result previous years’ back surgeries — but assured fans that he would still be performing a variety of songs whether the crowd liked it or not. Then, launching into the first song of the evening, Collins proved that though he may not look the part anymore he is nothing short of a rock star.

Collins’ voice carried over the crowd with much of the same power and vitality of his younger years. Though there were moments when his vocals were swallowed by music, those instances were few and far between.

While Collins may have stayed seated for most of the set, the stage was far from empty. With a full band present, the performance had all of the presence and energy needed to fill a full stadium, and it was more than enough for the fans at Pepsi Center. As lights danced over the crowd, the floor seats provided just enough space for dancing. 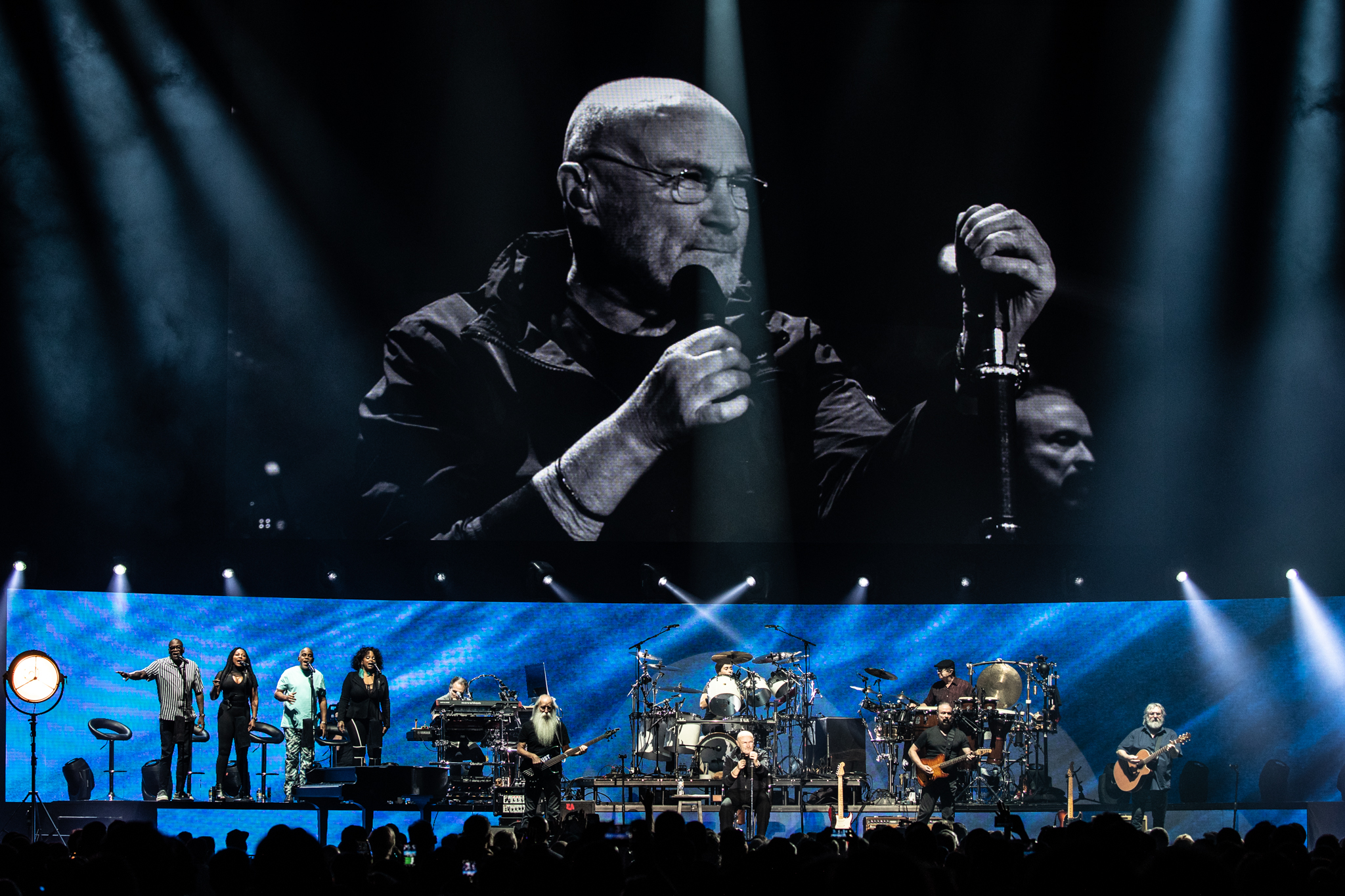 Throughout the evening Collins took time to talk to everyone in the room, often eliciting a laugh from concert-goers with his charm. Midway through the show he paused to introduce the band supporting him. Most notably, a prideful Collins introduced the young drummer on stage as Nicholas Collins, his son.

The night then devolved into a full-on drum circle. Beginning with a drum solo performed by Nicholas Collins and percussionist Richie Garcia. Just as soon as fans thought that the drumming had ended, Phil Collins began hand drumming from his chair center stage before being joined by the two percussionists. 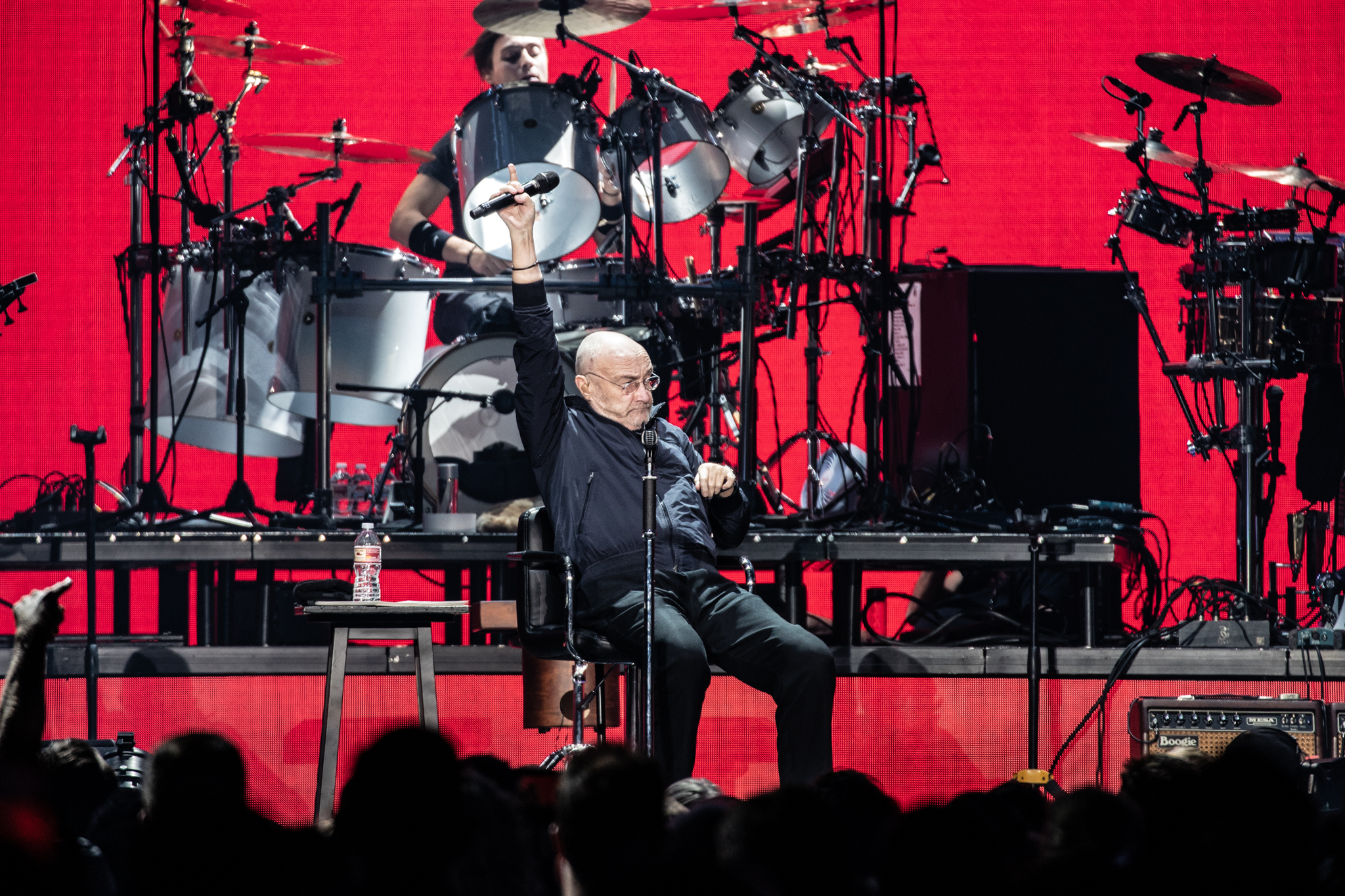 Though watching the drummer turned solo artist return to his roots was a delight for all in attendance, it was far from the most exciting moment of the evening. As the lights dimmed and the sound of thunder washed over the room, a wave of anticipation washed over the crowd. When the iconic beat kicked, the audience collectively lost its mind as Collins sang the iconic first verse of “In The Air Tonight.”

After two hours of performing, it was abundantly clear that Collins, and his career, are far from dead. The iconic musician’s history has spanned generations and his music still remains relevant. Though many of the hits are more than 20 years old, they remain timeless classics that we’ll continue to enjoy as long as we live.

All photography by Heather Fairchild. View the full gallery here.