Review – Half Alive Brought Art to Life at the Gothic Theatre

On Tuesday night, Half Alive was a breath of fresh air for the Denver crowd at Gothic Theatre. With a show that encompassed all aspects of their signature artistic style, the band showcased their unique talent with a production quality you would expect from a band who has been performing together for years, but delivered it all with an enthusiastic sincerity that can only come from artists who are only just finding their feet under newfound success. The “Now, Not Yet tour” brought all of these elements together in a room full of passionate fans for a night that only demonstrated how eager Half Alive is to keep creating art. 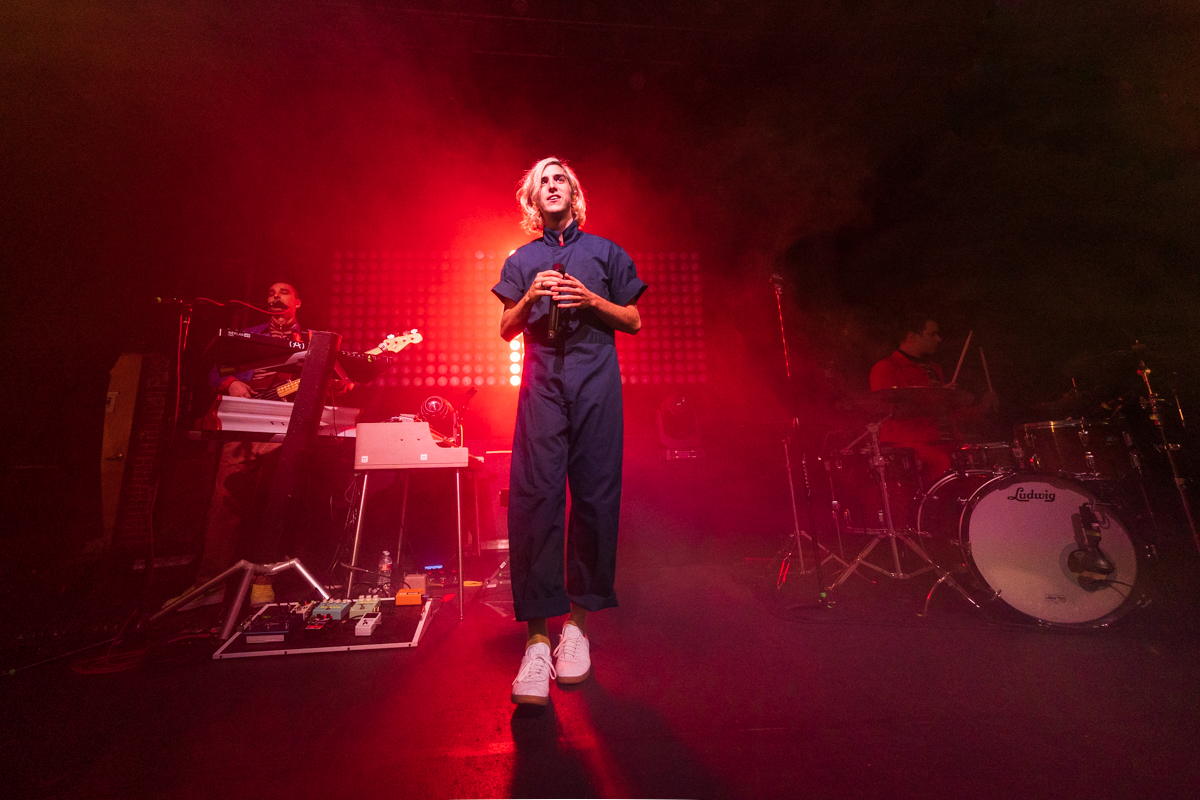 Los Angeles art pop band Sure Sure started the night, giving an attention-grabbing performance that kept the crowd from engaging in the pre-headliner conversations that usually take place during an opening set. It was a nice change of pace from the half-interested, half-impatient energy that usually takes over the room during a supporting act. All four band-members came out dressed head-to-toe in white and with an effortless confidence that led to the feeling that they were really there to just have fun. (With song titles like “Funky Galileo,” it was impossible not to.) 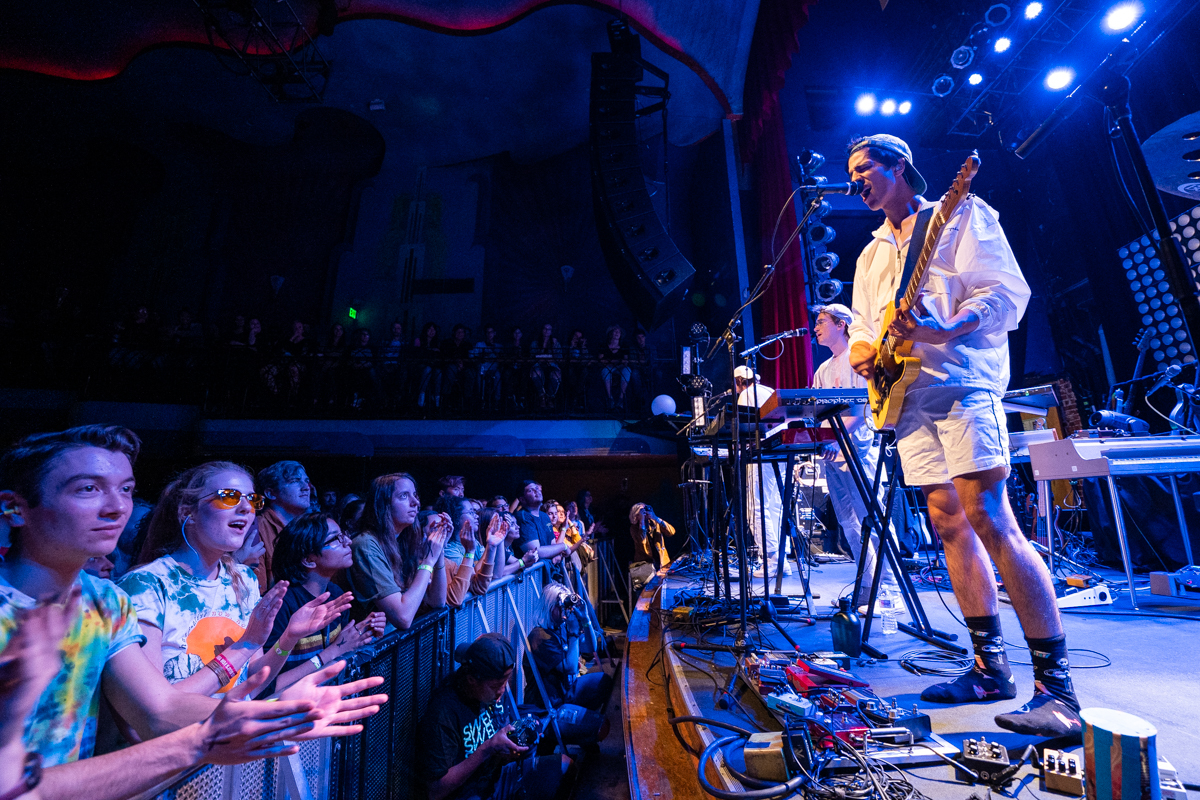 “This next song is about something that happens all the time to all of us,” guitarist Charlie Glick said, introducing “What’s It Like,” a recent release. “You go to the grocery store and fall in love.” He continued to paint a vivid picture of this “common” scenario before the band launched into the song, the crowd immediately clapping along and adjusting to the easy tempo changes that were a signature aspect of their music. When the band played a cover of the Talking Heads “This Must Be the Place,” the immediate recognition and cheers from the crowd made it clear they knew their audience. After their final song — “Hands Up Heads Down” — the band began packing up their own gear, only adding to the down-to-earth charm they exuded, leaving the Tuesday night spotlight with a room full of brand new fans.

In-between Sure Sure and the main event, the young crowd’s energy was kept under control with the help of a couple of balloons. The anticipation in the room was palpable. Without a doubt, the majority of people in the room were not just casual fans. With the band still at the beginning of their career, it was easy to expect that everyone would get to hear their favorite songs from Half Alive’s discography. 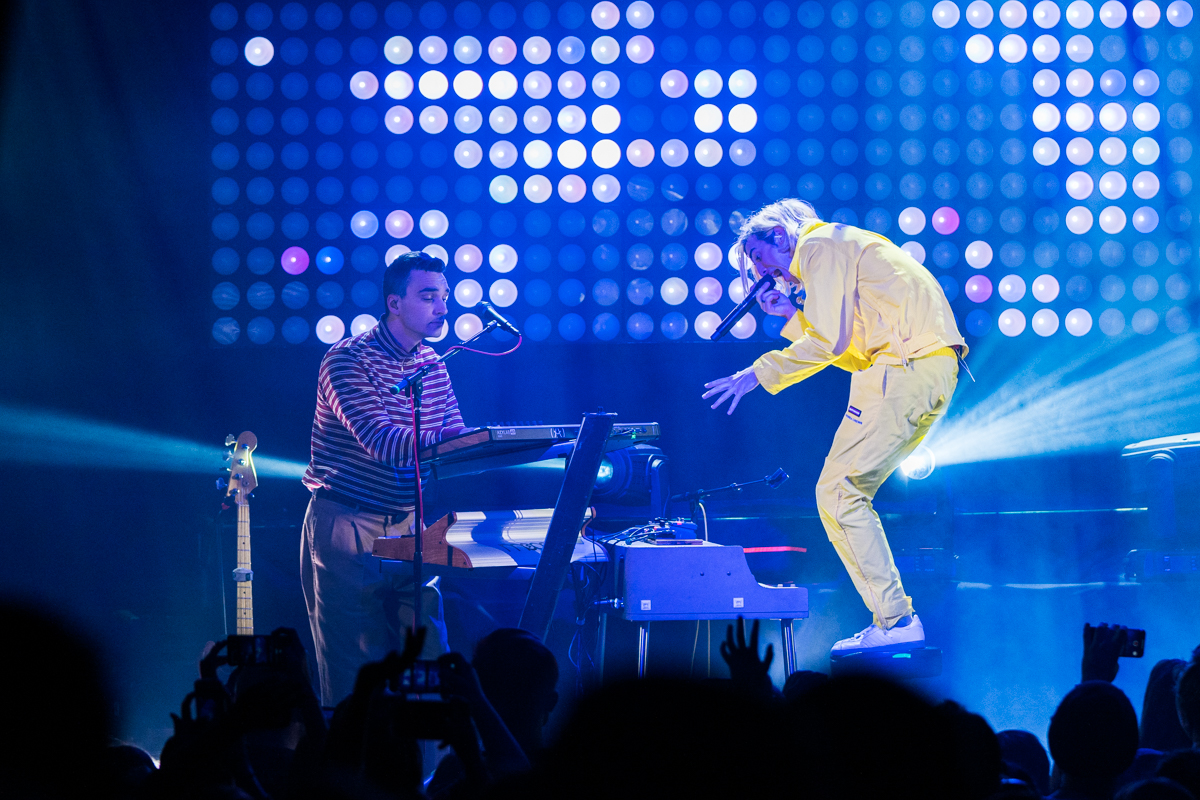 Formed in 2016 and comprised of frontman Josh Taylor, drummer Brett Kramer, and bassist J Tyler Johnson, Half Alive joins the trend towards post-genre music, fusing musical styles like R&B, gospel, pop and rock, among others. Describing their sound with only a few words is difficult to do, putting them in good company among similar groups like Twenty One Pilots. But what sets them apart from your average band is the special brand of performance art that accompanies their music. 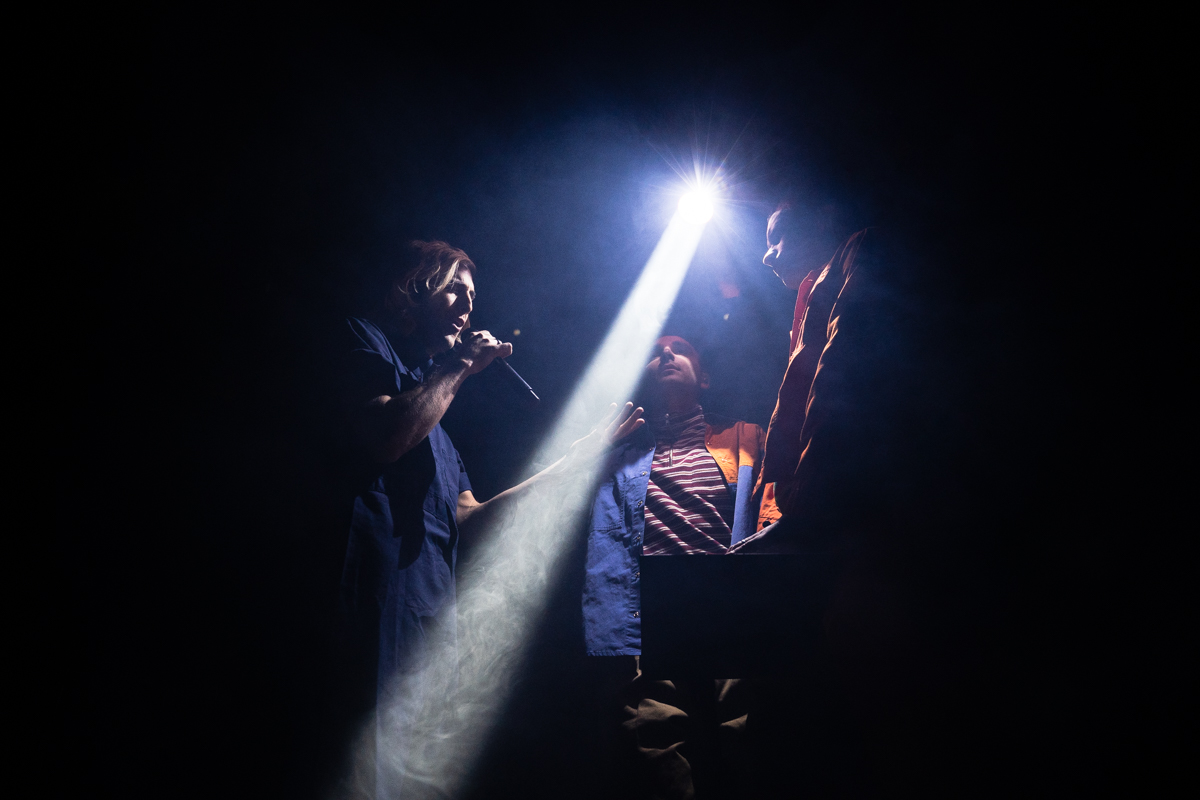 When the trio first entered the darkened stage, they gave the audience their first introduction to what could be expected from the rest of the show, opening with “ok ok?” and an intense, manually operated flashlight acting as the only lighting source shining over them. Moving smoothly into “Runaway,” the crowd gets their first look at JA Collective, the dance duo that could be considered the fourth and fifth members of Half Alive. The dance collective — made up of Jordan Johnson and Aidan Carberry — frequently collaborates with Half Alive, performing in their music videos and on tour, providing the contemporary dance that Half Alive’s music demands. Their presence was arguably the strongest part of the show and the crowd seemed to agree, cheering whenever they returned to the stage and making exclamations of awe when the two dancers interacted in perfect synchronization with the LED light bulbs that made up the background of the stage. 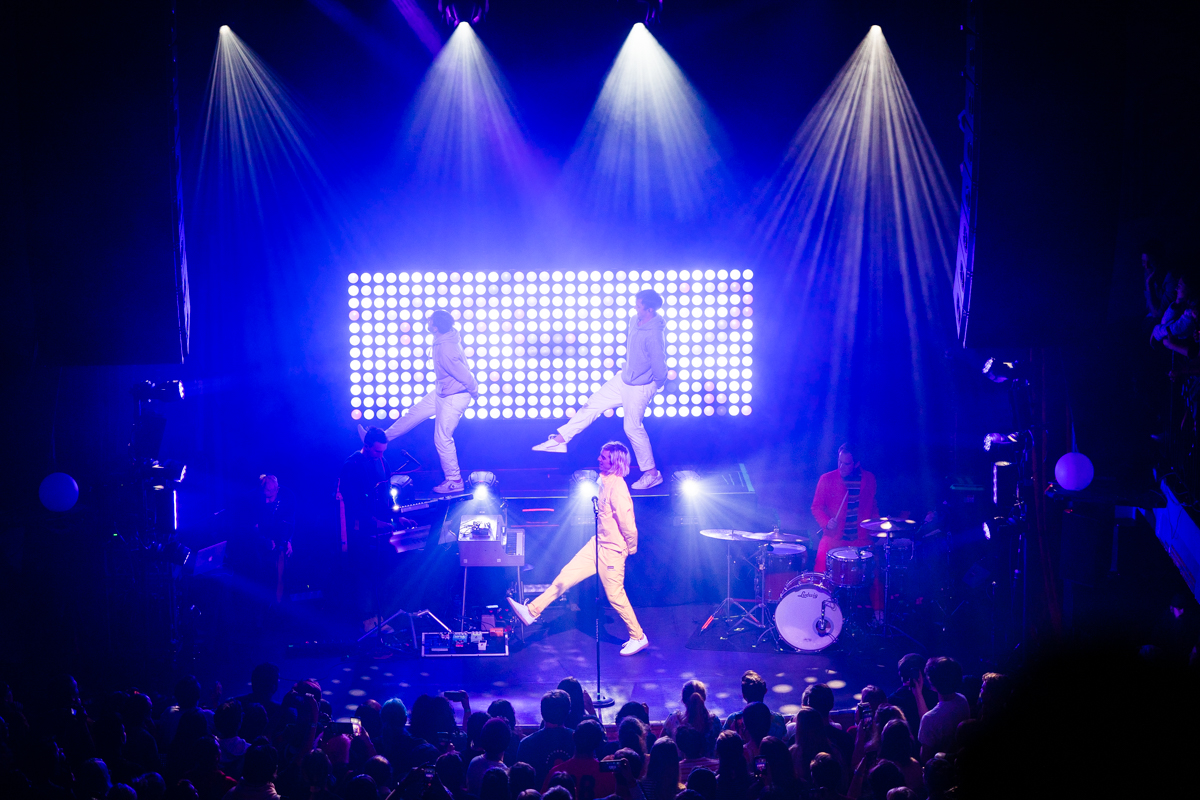 Occasionally, the band would perform toned-down versions of their music, providing an intimate feel to songs like “The Fall” and “Maybe.” However, Taylor shone his brightest when dancing with the duo, bringing the artistic style Half Alive fans know and love to life on stage. In the middle of the set, after “Trust,” Taylor took the opportunity to introduce the rest of the creative team, bringing their cameraman out to film dance moves the JA Collective taught the crowd.

Besides taking a moment to compliment the Gothic Theatre as a unique venue, Taylor rarely stopped to talk between songs, instead focusing on delivering a tight show, giving the crowd a few dance intermissions. No one seemed to mind, the feeling of emotional intimacy and human connection that comes with Half Alive’s music overshadowed any need for anecdotes or intensive crowd participation. The band ended with “Creatures” – forgoing an encore — and leaving fans only wishing that there could be more. For a first headlining show, Half Alive delivered a lot of life, sending the message that there is so much more to come.

All photography by Daniel Amimoto. You can check out the full gallery here.