On Monday, October 28 Postino will open its second Denver location in the building that formerly held Compound Basix. The 134-seat dining room and 68-seat patio have been fashioned for comfort, the easy layout encouraging the kind of unhurried luxuriating that the restaurant was built to encourage. The concept — originally opened in Phoenix in 2001 — now has 10 locations across Arizona, Colorado and Texas. Despite all the venues following a similar format as far as food and drink are concerned, each individual restaurant is crafted to be its own thing, taking influences from the neighborhood, the city culture and whatever owner Lauren Bailey has been collecting at the time. 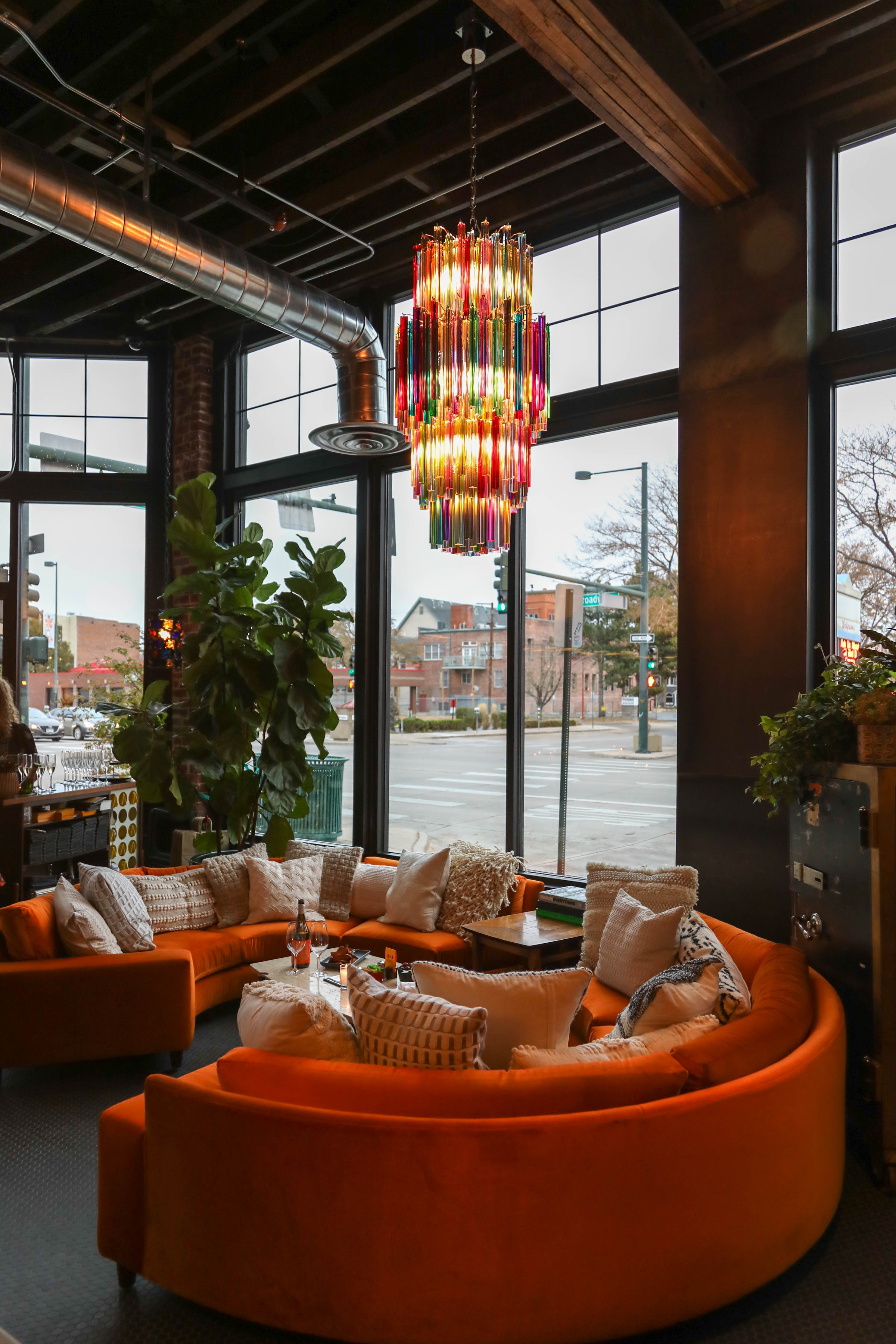 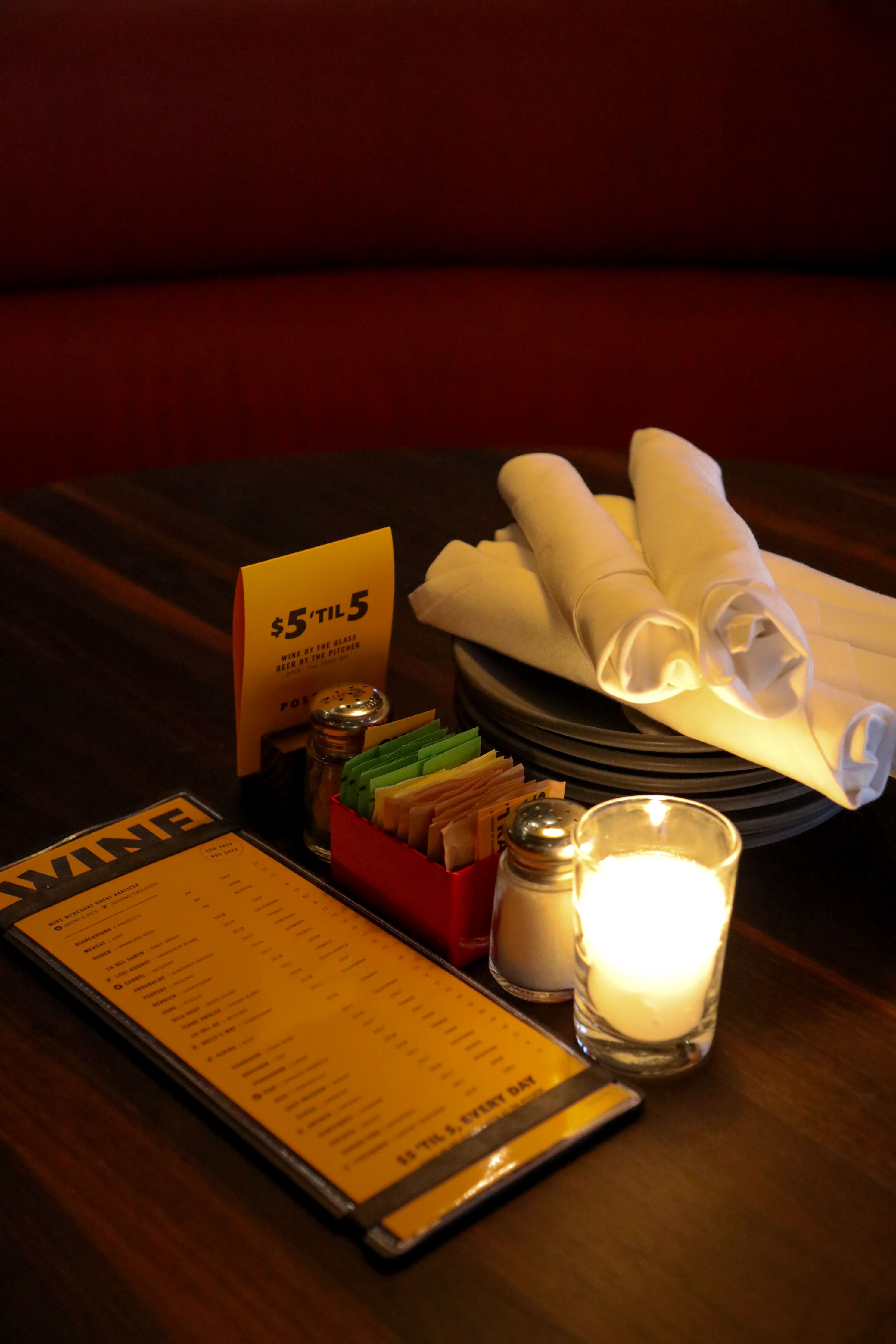 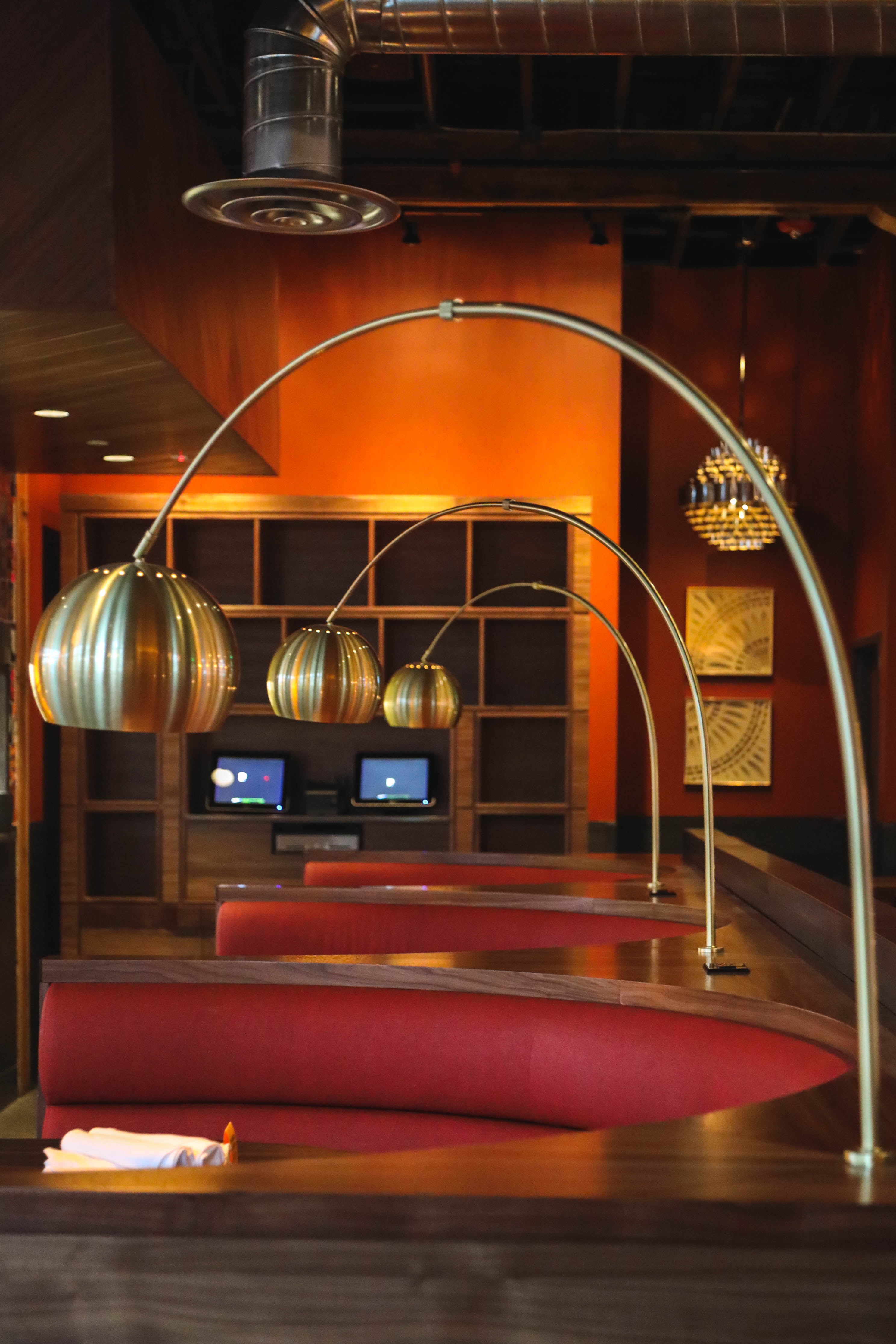 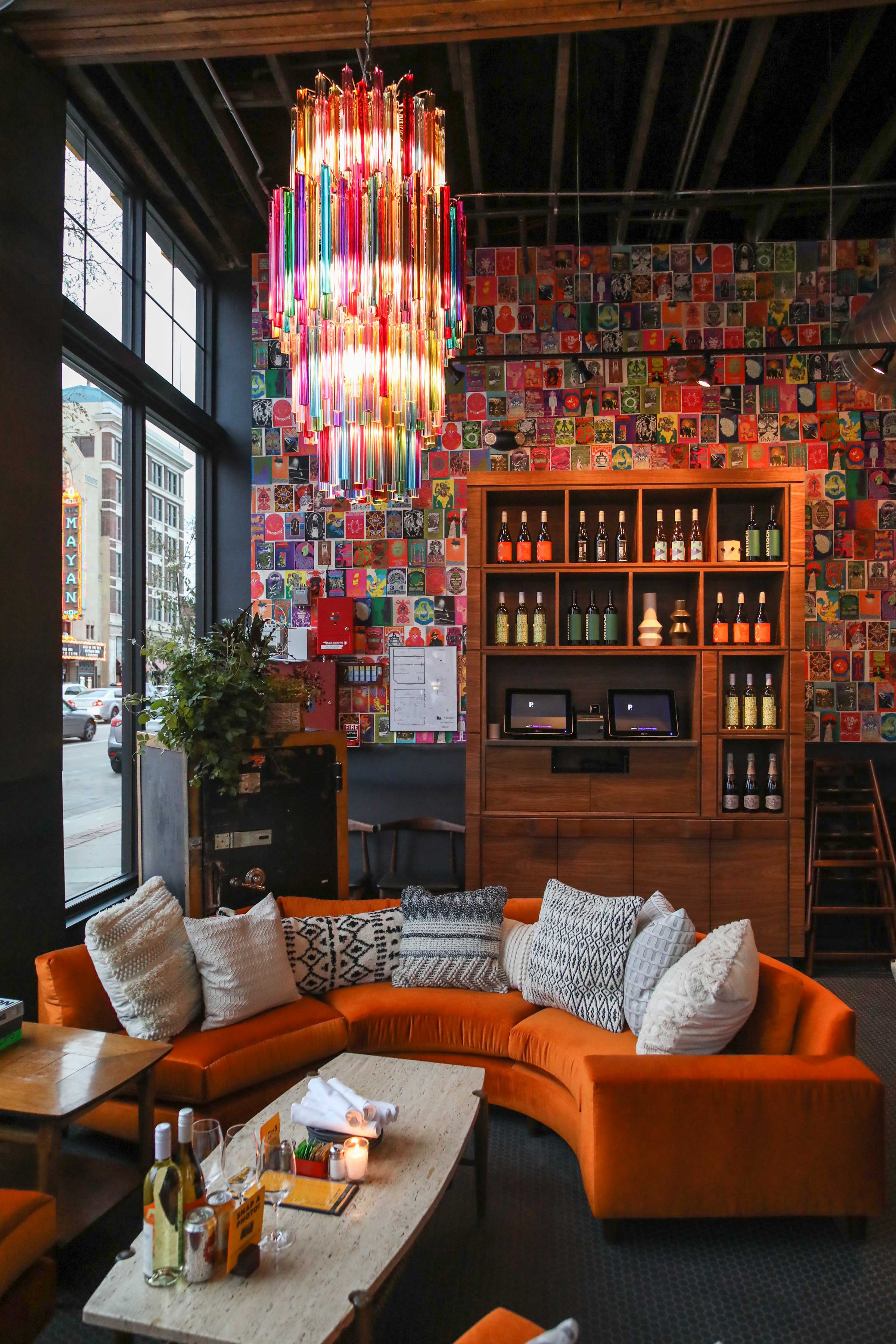 The space received a substantial overhaul. Basix — which closed its doors in 2018 after a successful 25-year run— did not have a single window. Fully reconceived by local design-maven Melissa Friday’s Xan Creative, the location still features all the class and intricate flourishes guests have come to expect from the Postino brand, with a certain grit that lends itself nicely to the Broadway neighborhood. The new interior may not be designed to inspire the same level of debauch as its predecessor but it certainly doesn’t feel square. Classic handbills from the ’60s and ’70s line the wall. More traditional booths are joined by funky couches, ostentatious light fixtures and a psychedelic chandelier. While the LoHi version feels like a nice place to host a book-club, the new iteration feels more fit for an amorous rendezvous or some confidential exchange. All done over fabulous wine.

The wine program — developed and constantly reshaped by beverage director Brent Karlicek — features 30 by-the-glass options, with an additional 40 varieties being sold by the bottle. “Wines are at the intersection of approachable and exceptional,” said Karlicek. The line-up of old and new-world varieties changes three times a year, with over half of the collection being sold exclusively at Postino locations. Karlicek is constantly sourcing new varieties and sometimes has a direct hand in the blending process. He favors esoteric and unique varietals, with much of the on-hand stock nicely toeing the line between familiar and more rambunctious flavor profiles. While the place does not serve liquor it will have a dozen beers on tap — featuring lines from Bull and Bush, Elevation, Crooked Stave, Funkwerks, Great Divide, Oskar Blues, Upslope amongst others. 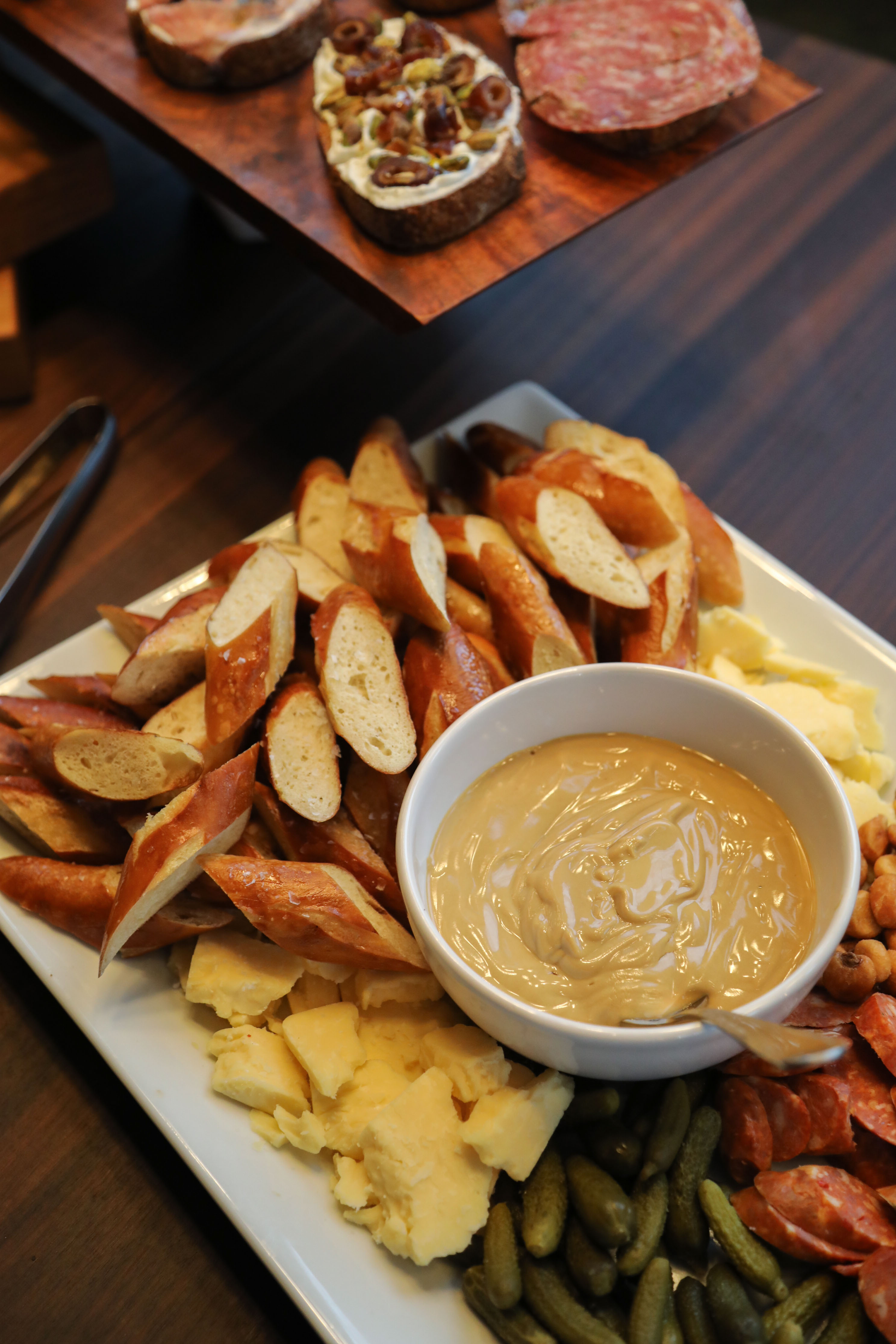 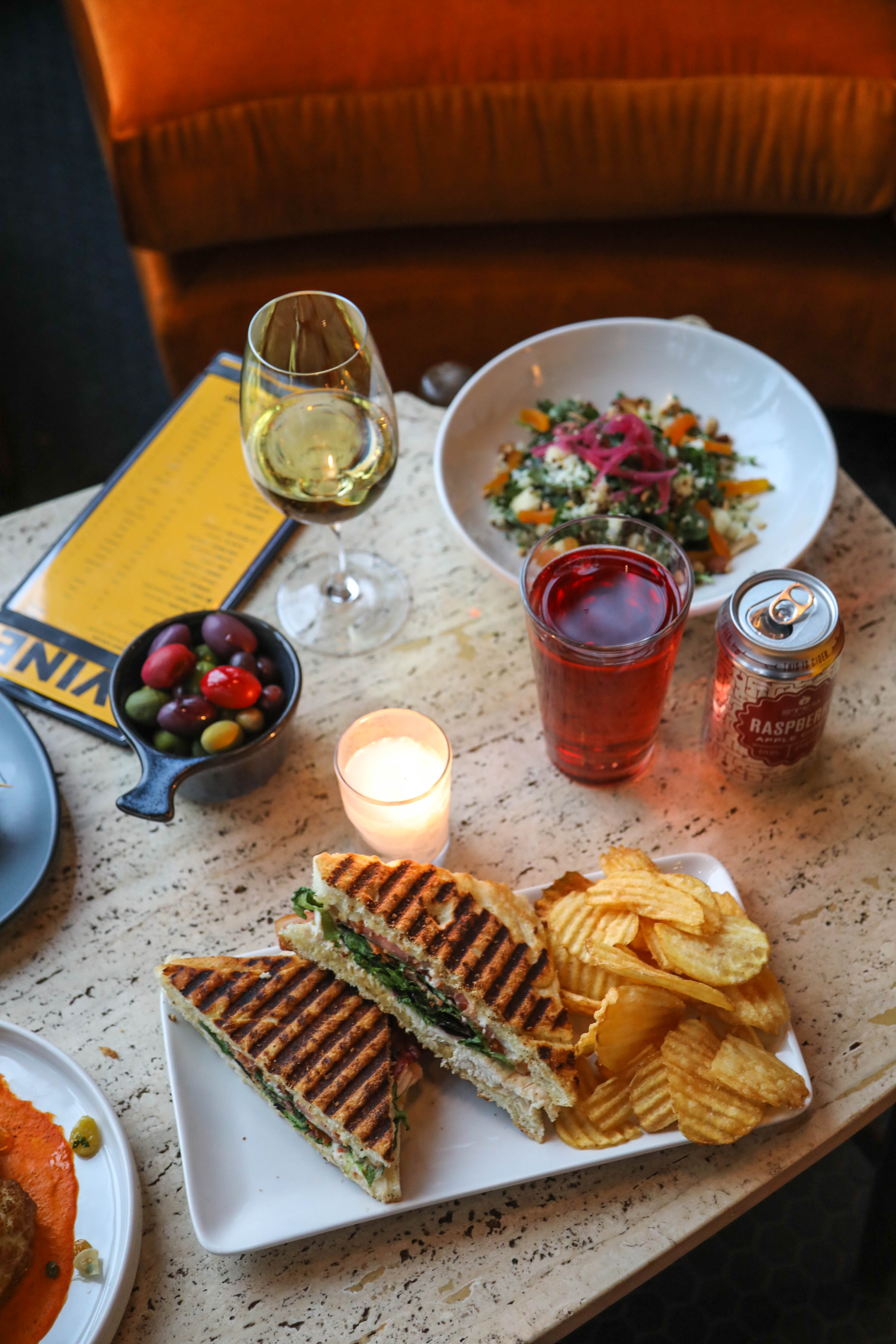 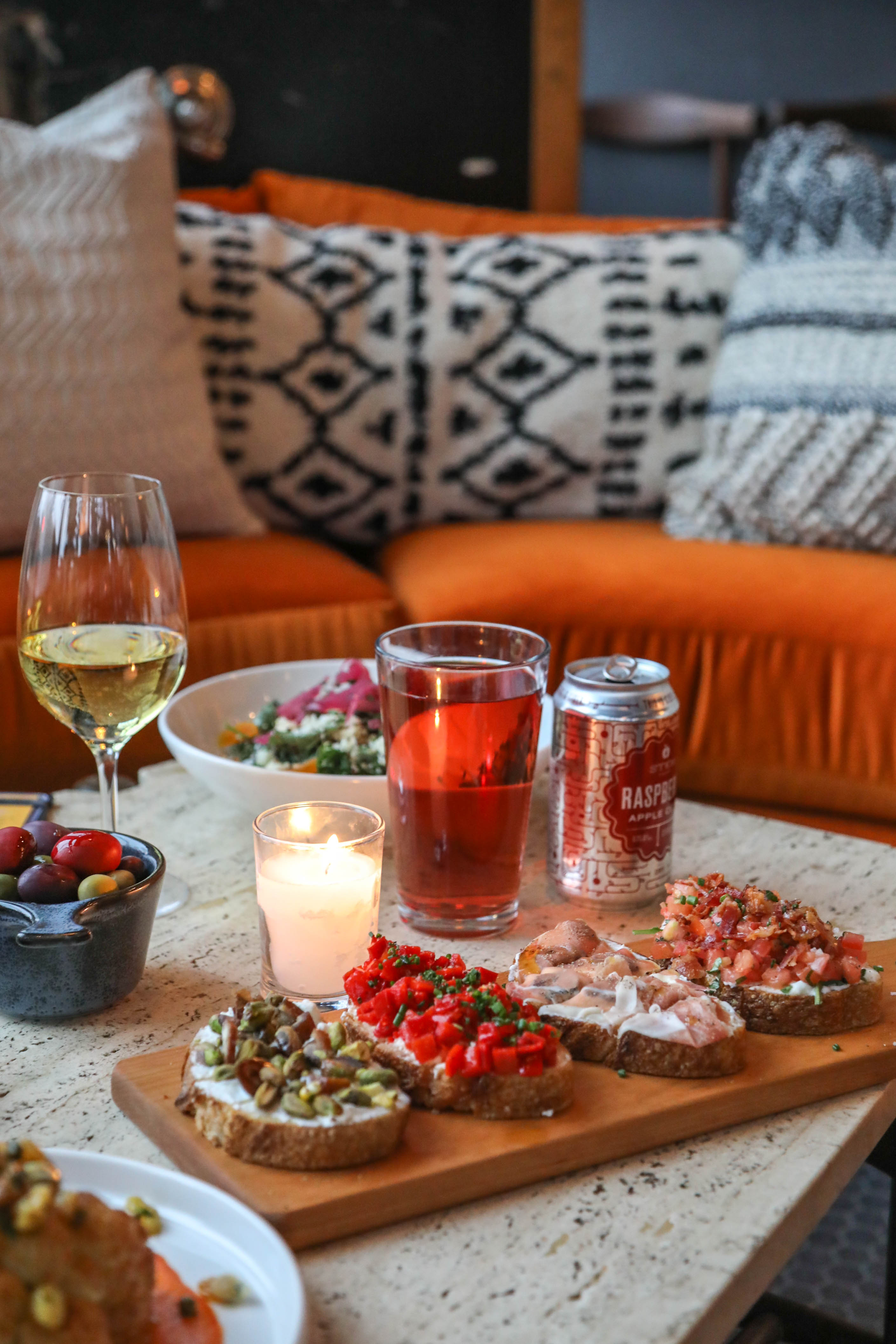 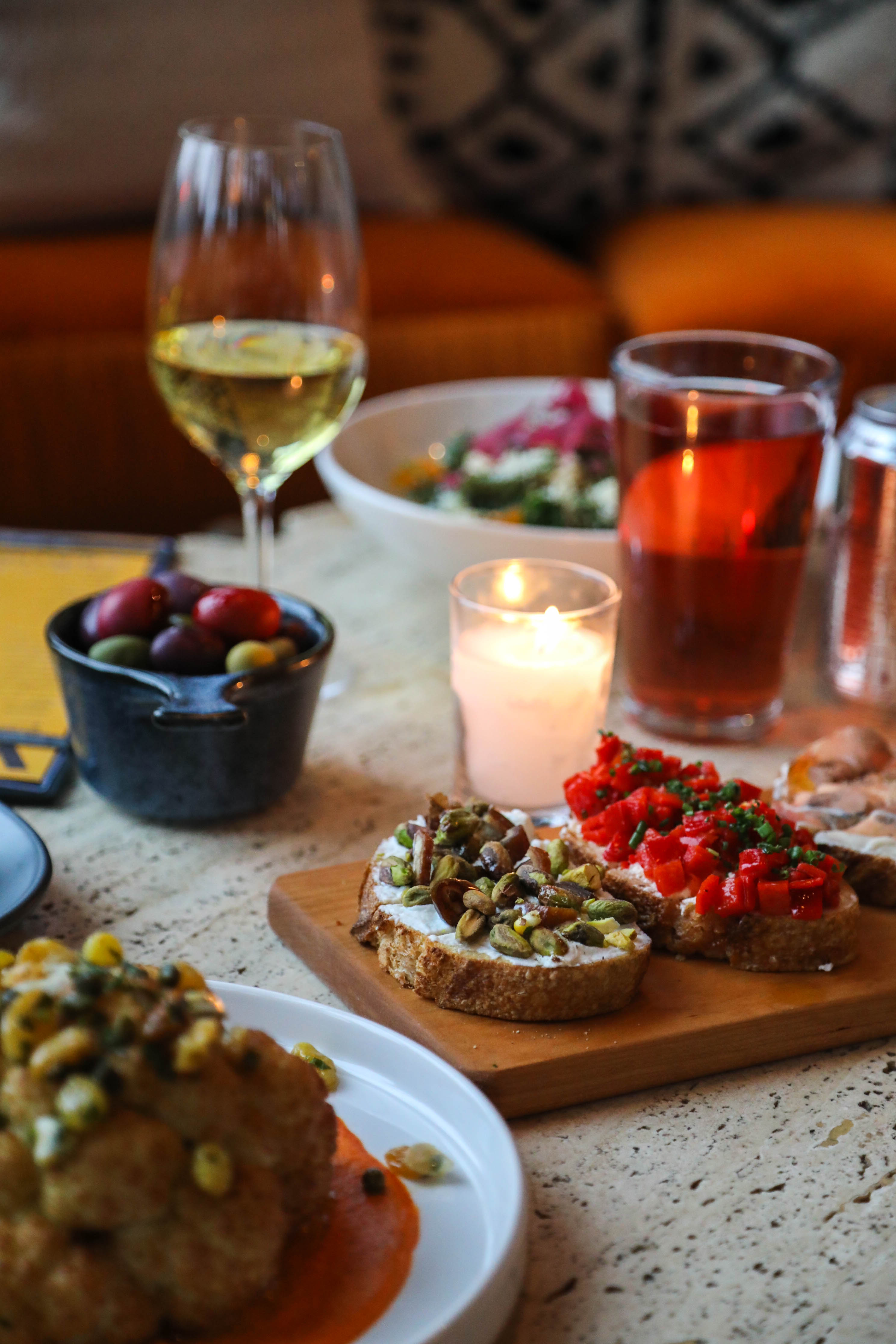 The food program’s primary focus is the many shareable bruschetta options with a blend of vaguely Italian-inspired snacks, cheeseboards, paninis, soups and salads rounding out the menu. Everything has been carefully crafted to complement the wine, and while some pairings are more precise than others, the food loosely meshes with everything the place serves. Of the 12 different bruschetta options (four for $15) the prosciutto with fig and mascarpone, the ricotta, dates and pistachio, the burrata, bacon, arugula and tomato and the brie, apple and fig spread rank amongst the best. The skewers ($12) — either chicken or steak with Sicilian garlic yogurt and olive oil — are also a must. The yogurt eats something like thick tzatziki and has enough garlic to cause substantial and worthwhile dragon breath.

The building that houses Postino was originally built in 1895, the history is evident. While it does not necessarily feel haunted, it certainly feels well lived in regardless of the impressive overhaul. The restaurant will be open daily for lunch, happy hour and dinner with brunch being served on Saturday and Sunday.

Editor’s note: A previous version of the article said Postino opened on Tuesday, October 29 but it opens Monday, October 28. The article has been updated accordingly. 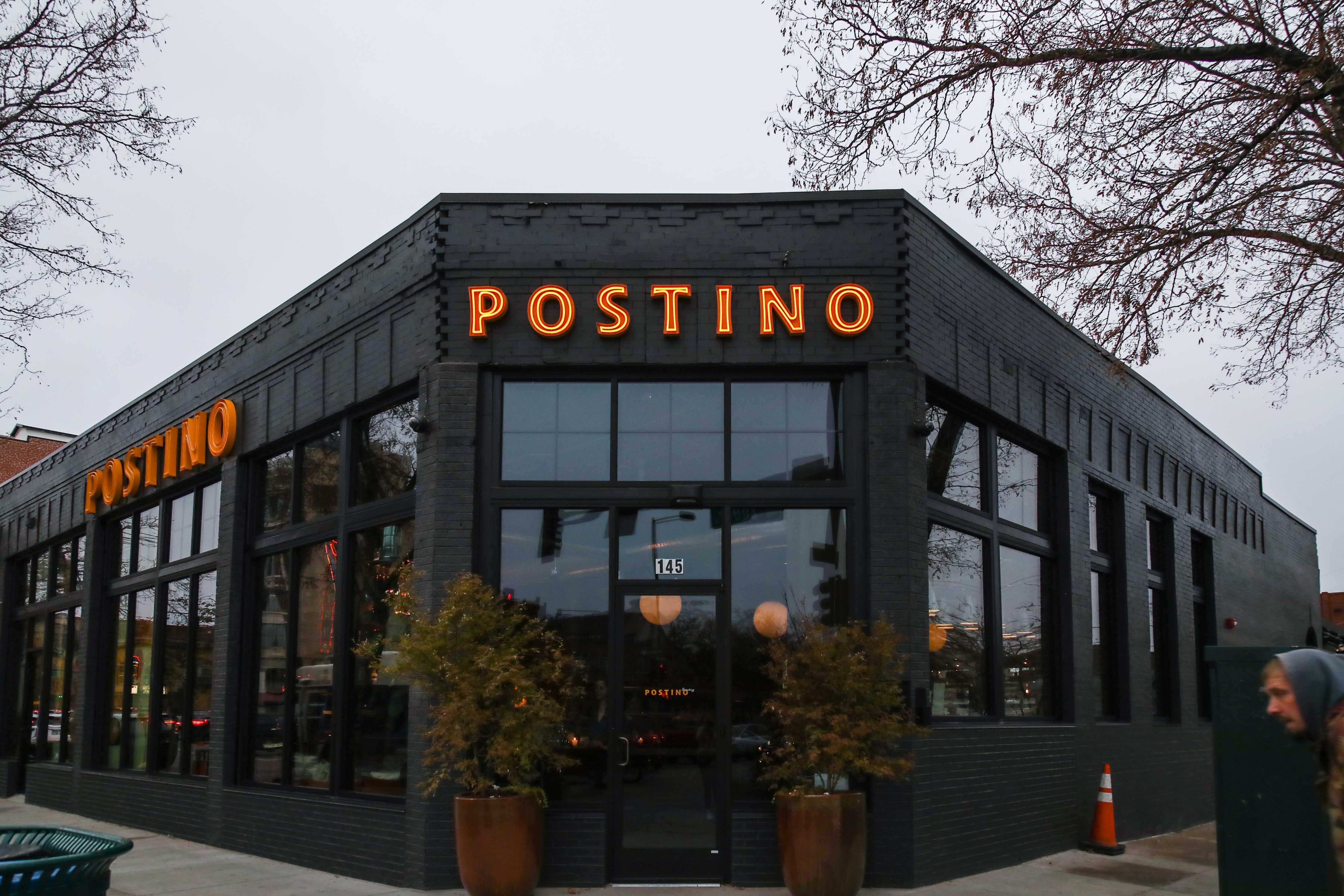