All Photos by Brandon Johnson

Walking into Mission Ballroom on Friday, October 25 was like walking into an indoor festival ground. Glitter, bodysuits, flower crowns and sports jerseys filled the new RiNo venue. But this was the vibe of the Gryffin concert. The electronic DJ has a following that loves to dance and “Feel Good” — if you will — and you could either scoff at the level of basic, or you could lean in and have one hell of a night. 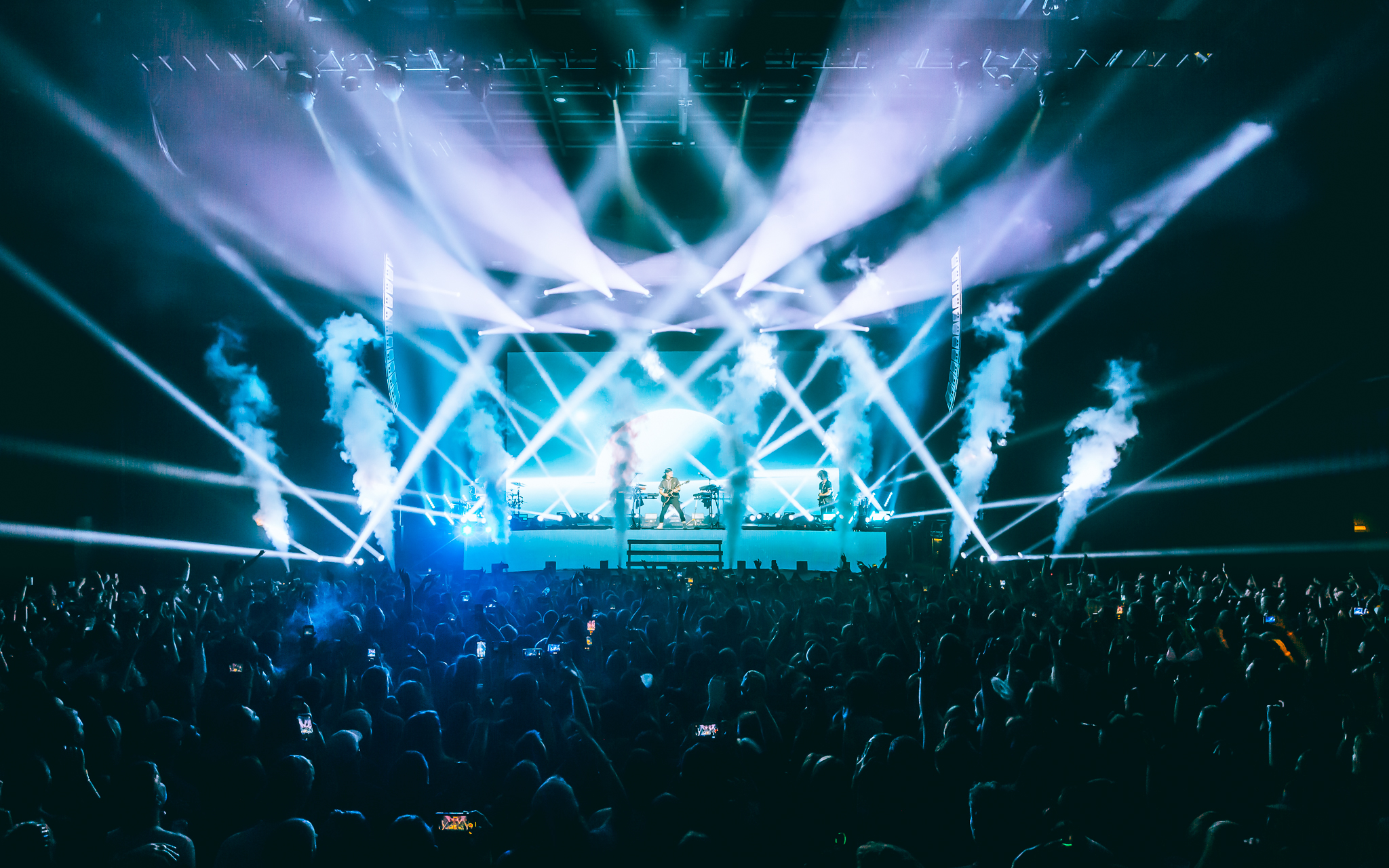 The beauty of Mission Ballroom is that no spot — whether on the ground floor, in the bleacher-style seating, or along the side in the balcony — is a bad spot. The sound quality of the concrete venue is next-to-none and while the show was nearly sold-out, there was still plenty of room to move around and be able to see Gryffin perform on-stage.

Looking back at the night, it became evident that no other venue could support the light work or electronic sound that this show required. While a lot of DJ-based musicians stay behind their turn-tables for the majority of the show, Gryffin made sure he was front and center. For the entirety of his show, he was out front playing his electric guitar, piano or on his keyboards placed on both sides of him. During every song, he was playing an instrument, never once jumping up and down behind his soundboard — something you see a lot of at EDM-style concerts. And while that seems to be the aesthetic of an electronic concert, that’s not what a Gryffin concert was going to be like, and he was going to make sure we all knew it.

Gryffin’s debut album, Gravity, premiered October 24 and the Mission Ballroom concert was the next night, allowing fans a brief 24-hours to listen and attempt to learn never-before-heard songs. However, the newness and unfamiliarity of Gravity didn’t deter Gryffin from playing the entire album. Instead, he leaned into it, providing an incredible light show and visual graphics to accompany each song — as well as a live band, complete with a second guitarist and a drummer. Even though Gravity was compiled of mostly new songs, there were a handful of selections that the crowd knew, loved and sang to at the top of their lungs. Songs such as “All You Need to Know”, “Baggage”, “Remember” and of course, the 2018 song of the summer, “Tie Me Down” featuring Elley Duhé made an appearance. 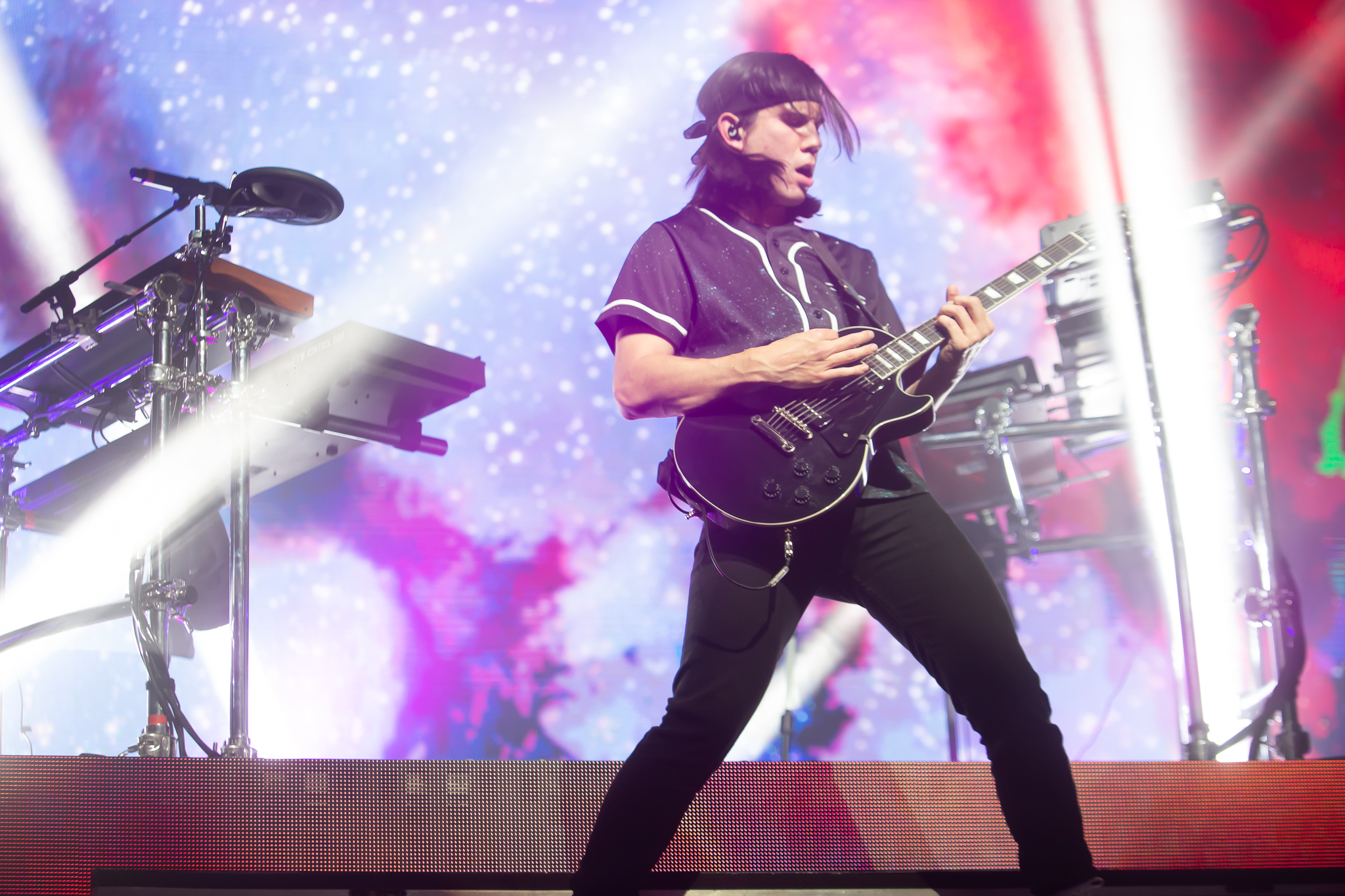 Gryffin’s also played some of his older and more noteable tracks including “Feel Good” featuring Daya and Illenium and the inspiring and uplifting single, “Whole Heart.” He allowed in these moments, audience participation — stopping the music at times to let the crowd sing solo and bask in each other’s sound. While a lot of Gryffin’s music is well known — whether from producing, co-writing or remixing popular songs (he was first put on the map after remixing Tove Lo’s “Talking Body”) — he still is a relatively unknown artist. He isn’t a household name like other EDM-based artists in his field such as Diplo, Kygo, Tiesto or the late Avicii — yet.

His relative newness to the scene, having only released his first-ever single “Heading Home” in 2016, still shows this artist has a lot more room to grow and a lot more places to go. There’s no doubt that Gryffin has a strong following for those who are his core base fans, but for those who are just recently catching on, his authenticity and love for his music is what shines through the most. He truly gave his whole heart.

The entire performance was simple and beautiful. The light show was breathtaking but never over the top, the visuals and graphics were colorful but tasteful and Gryffin never tried to play an instrumental version of a song or remix a new beat. He played what he knew and what we all wanted to hear. 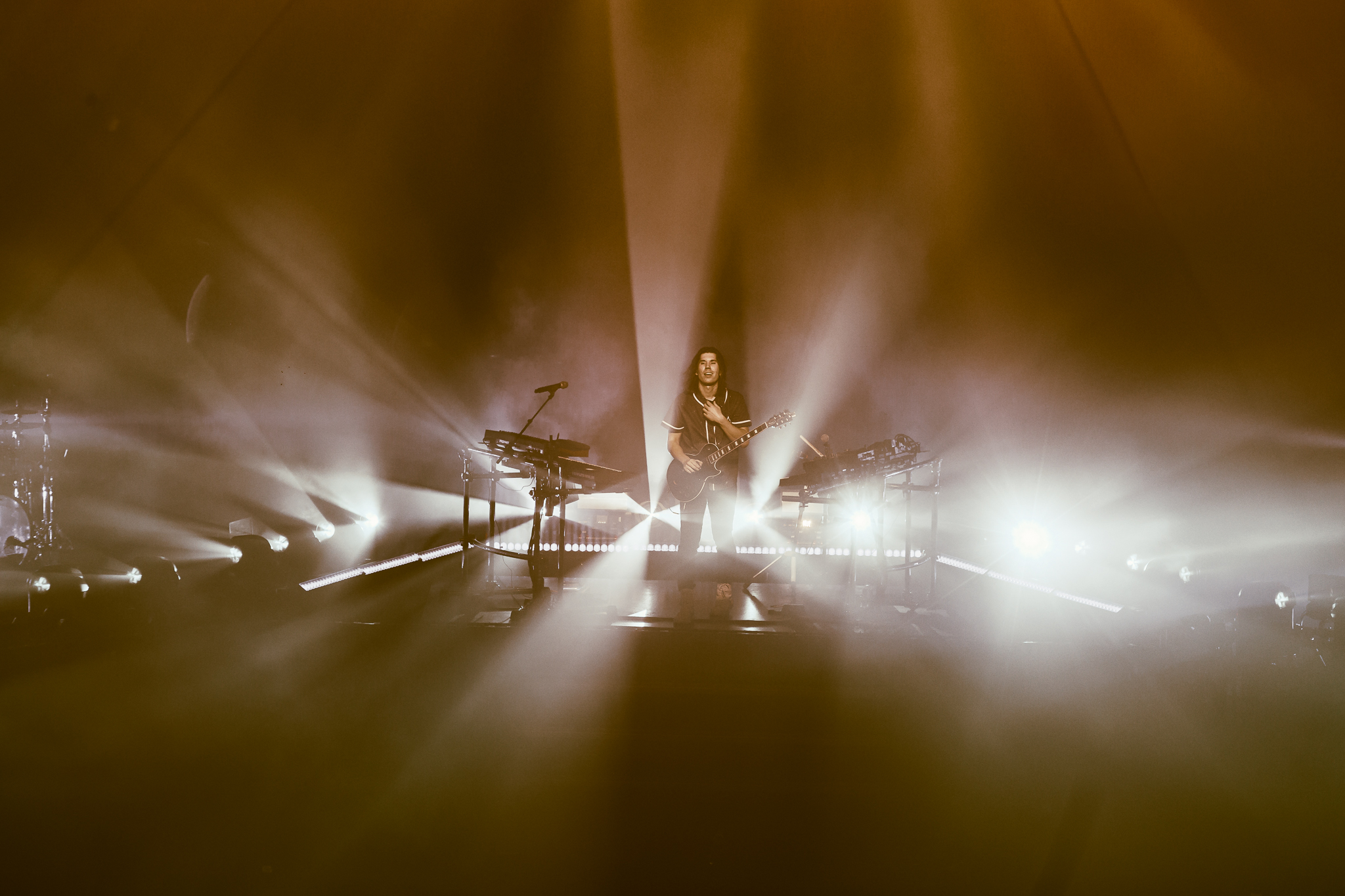 Gryffin has nowhere to go but up, and if his concert at Mission was any indication, you’re going to want to be along for the ride.

All photos by Brandon Johnson.