As the summer sun finally begins to set just a bit earlier in the day and the changing colors of the leaves signal the beginning of fall, autumn fanatics know that it’s time to embrace the return of the pumpkin spice latte and start binging all of the classic monster movies. Fortunately for the Denver music scene, one local band has already gotten a head start on examining monsters.

Indie band Zealot first caught our eye when they put on one of the most unique sets we saw at Underground Music Showcase this year. Now, as they prepare to release their debut album, they’re examining what it is to be a monster – and they’ve discovered that sometimes the scariest monsters lurk inside us.

Before they started examining the things hiding in the darker corners of their thoughts, the members of Zealot spent a lot of time in various other Denver bands. Though the four musicians have all known each other in some capacity or another for more than a decade, it wasn’t until the formation of Zealot that they all joined together to form the current group.

Vocalist and rhythm guitarist Luke Hunter James-Erickson started conceptualizing Zealot during a summer hiatus from studying. “When I formed Zealot,” said James-Erickson in an interview with 303 Magazine, “well, I think that the only way to convince people or to sh 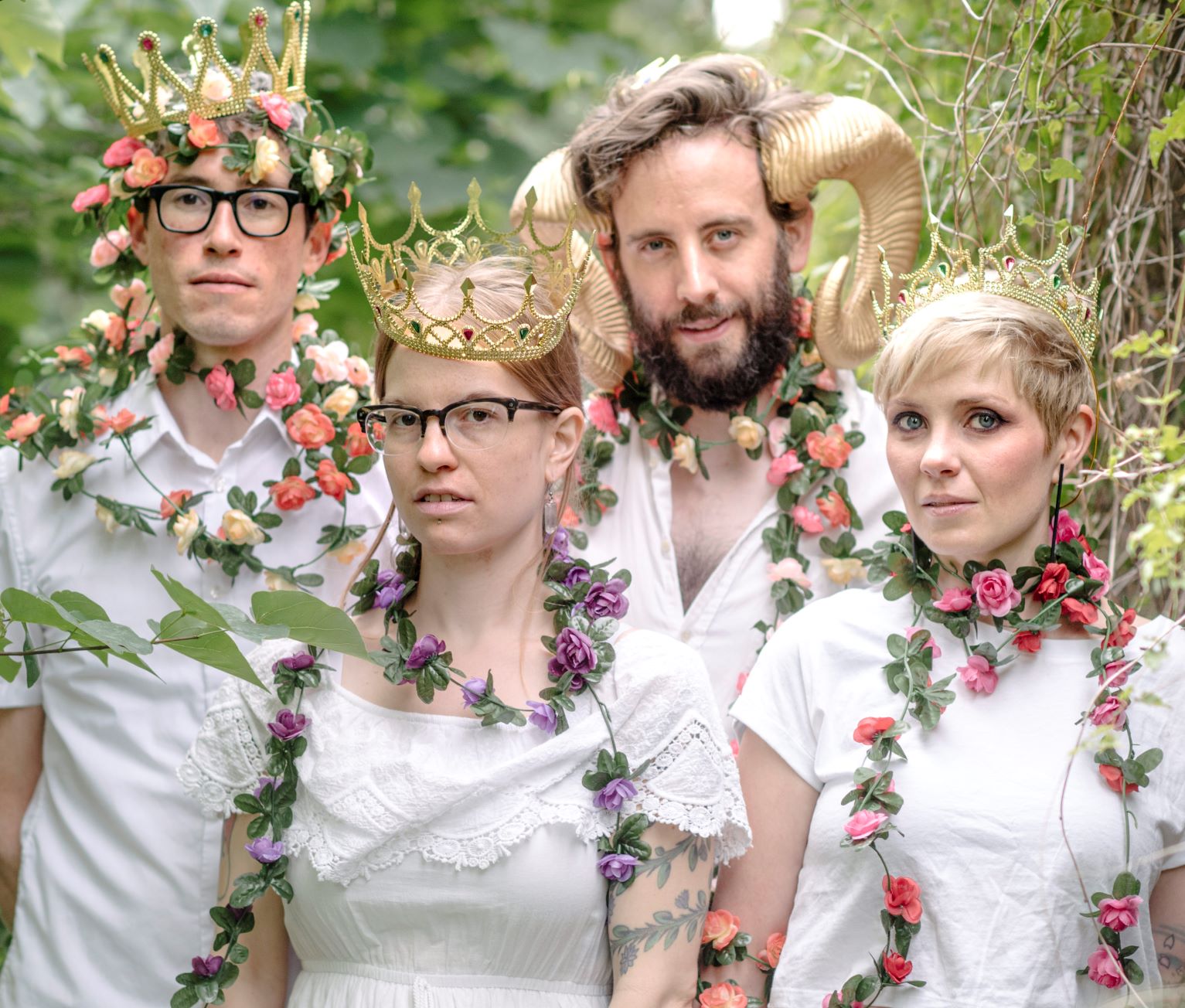 ow people that you are worth collaborating with is to bring a product. So, I took voice lessons, I started playing guitar every single day – I was in grad school and I had a summer off, so I was like, ‘well, I’m out of my mind with boredness — I’m going to teach myself how to play guitar and I’m going to write five songs by the end of the summer.’ And by the end of the summer, I technically knew how to play the guitar.”

James-Erickson’s dedication to the project was equally matched by the other members of the band — all of whom either began playing an instrument they weren’t comfortable with or learned a new instrument entirely. Mike King, who got his musical start as a young teen playing bass, learned to play drums for the project. Suzi Allegra re-familiarized herself with bass when she joined the band and took over for the groups previous bass player and Kitty Vincent was simply honored to join the band as both the lead guitarist and supporting vocalist. “This band would be nothing without all four of us,” said James-Erickson. Based on what we’ve heard so far, nothing could be more true.

If the band members themselves — who are almost certifiable experts on the history of the Denver music scene — aren’t enticing enough, then their music will certainly capture your attention. They have plans to release their debut LP, The Book Of Ramifications, later this week. The album, which is written from the perspective of a werewolf, explores the meaning of what it is to be both man and monster — asking the question of whether those two things can ever be separate.

By exploring the subject of inner demons through a metaphorical lens, James-Erickson believes that we can all gain a little insight into the things we may be too close to see clearly. “One of the reasons that I like science-fiction and fantasy is that they are tools,” said James-Erickson. “It can be used to obfuscate reality, to put a veneer over our real lives so that we can simulate seeing them through the outside. So that we can simulate objectivity.”

Though not every lyric is a direct reference to the werewolf mythos, every song does explore the same thing. “Every song is simply written from the perspective of a werewolf going through an existential crisis — going through a traumatic moment,” said James-Erickson. “That traumatic moment is discovering their own lycanthropy and having to deal with it.” With verses asking questions like “Am I the wolf? Am I the man?” it’s clear that Zealot’s album is asking tough existential questions about the nature of good and evil.

There are few more fundamentally introspective types of analysis than examining your own inner monster. However, as James-Erickson will be the first to admit, this internal reflection is far easier to conduct when viewed through the lens of something more fantastical — such as through the lens of folklore. “It is a pretty thinly veiled metaphor,” said James-Erickson, “for finding something monstrous in oneself, that you cannot get rid of. That you are unsure of the origin, and you have to deal with it. Otherwise, you will hurt others and you may even hurt yourself. Regardless of whether or not you’re cool with it, it’s there and this is part of your life now.” 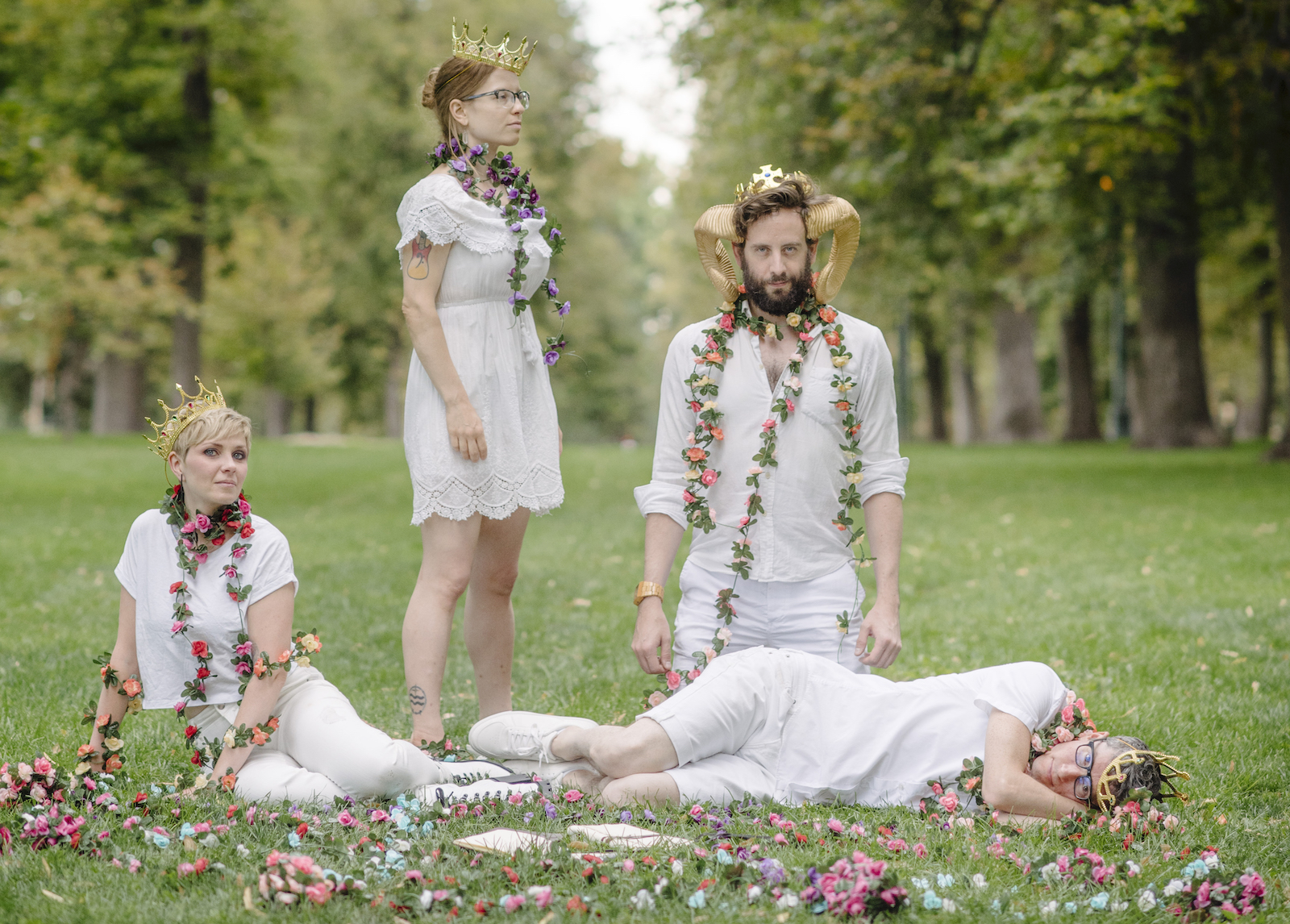 As a project born out of James-Erickson’s personal experience, you can’t help but wonder if perhaps the lyricist is simply too close to his own project to objectively explain what the album is truly about. However, if you want the truth of the matter, you have to look no further than the other members of the band. “I’m going to tell you the real truth,” said Vincent. “This is a breakup record and Luke is the werewolf, and that’s really what it comes down to.”

James-Erickson will be the first to admit that his involvement with the project as both the founder and sole lyricist makes it difficult for him to view the project objectively. However, as for any artist, being too close is often part of the process — and many times the process is at least as important as the final product. Written as a way for James-Erickson to have a conversation with himself about himself, the nature of the lyrics reflect something that everyone can relate to.

Ultimately, the album is all about living with the ramifications of our actions. “It is about consequences,” said James-Erickson, “everything in this life is about consequences. There are ramifications in every action you take.” Regardless of whether or not we shift the blame to our more treacherous deeds onto our inner monster, we all must live with the outcomes of how we choose to act. Consequently, the questions that Zealot asks themselves are the questions that we should all be asking. Are we the wolves? Or are we the men (or women)?

Zealot will celebrate the release of their debut LP with a performance at the Hi-Dive on September 21. Tickets are available here.