Winter action sports enthusiasts have a reason to celebrate — the X Games have formally announced its return with a formidable lineup to boot. Returning to Aspen’s Buttermilk Mountain for its 23rd consecutive year on January 23 – 26, the annual winter festivities will bring together some of the world’s best athletes and a who’s who of urban and electronic music. This year, Alesso, Denver’s own ILLENIUM, Rae Sremmurd and Bazzi will head the music offerings.

Rae Sremmurd, making their debut at the winter festival, will lead off the festivities headlining Friday night. Best known for the Billboard #1 song “Black Beatles” and a slew of other platinum trap hits like “No Flex Zone” and “Swang,” brothers Slim Jxmmi and Swae Lee will make light work of heating up the GEICO Music Stage. 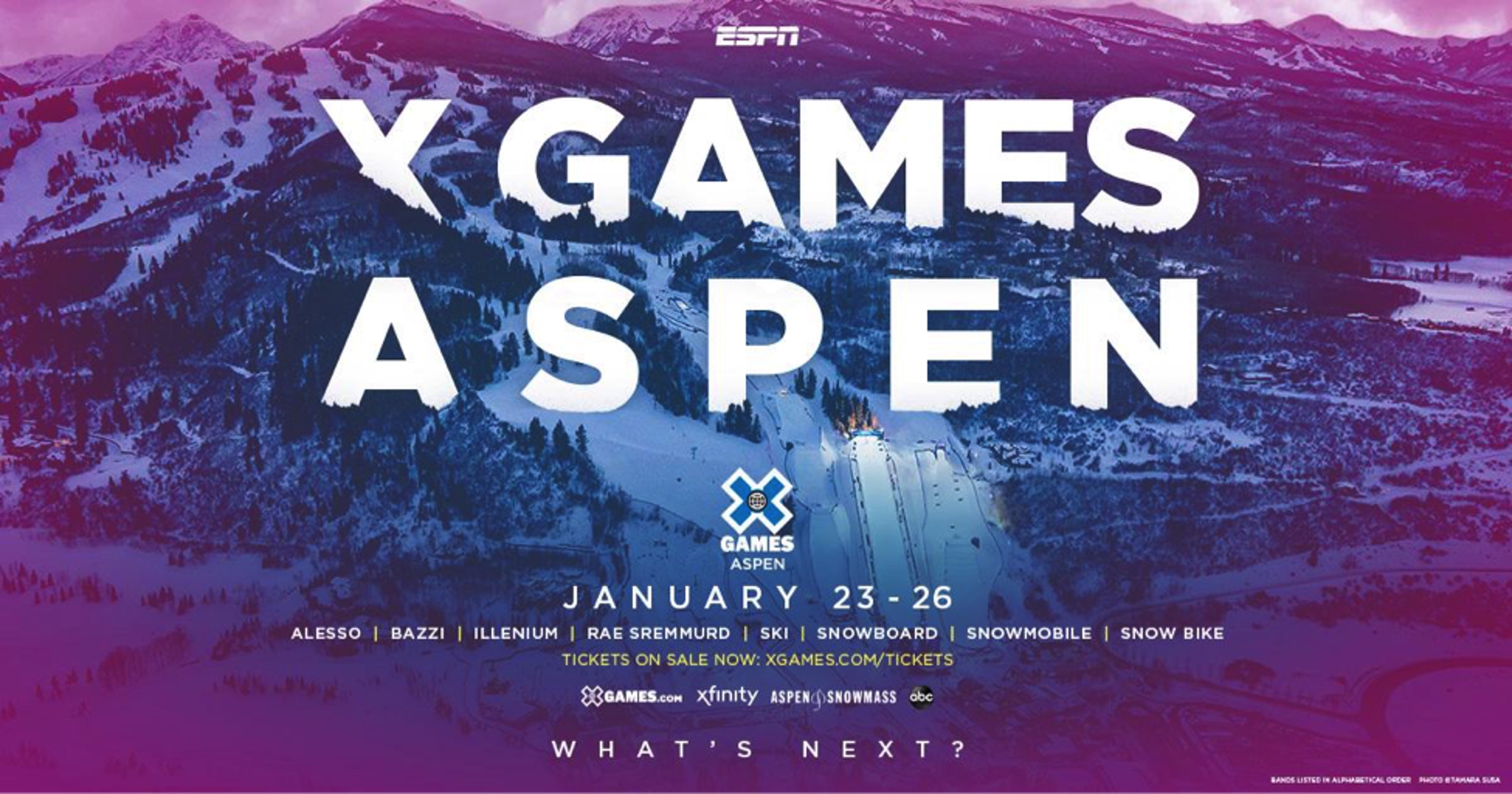 The following night, ILLENIUM and Alesso offer a doubleheader of electronic prowess. The former, a festival and Red Rocks favorite offering euphoria that has garnered a cult-like following and the latter, a Grammy-nominated Swedish producer and DJ who has collaborated with music titans across the industry and who paved the way for electronic music in the mainstream as a third of the legendary Swedish Hosue Mafia.

Closing down the X Games on Sunday, spitfire pop and R&B vocalist Bazzi will shut things down in style. With instant hits like “Mine” and “Beautiful,” Bazzi will prove why he’s become one of the buzziest singers as of late.

Admission for the competition aspects of the X Games and festival village are free to the public and tickets to the musical performances start at just $25.

Tickets can be found here, and are available now at the lowest tier until December 5.

See below for the full schedule: