High Country Hustle is on its way up. We had the chance to talk with Andy Gallen about the band’s past, present and future, the latter of which is looking bright. Though not from the Front Range but rather from the southern Colorado town of Durango, the five guys of High Country Hustle are working towards breaking their own boundaries. Gallen and his bandmates Seth Yokel, Jeff Moorehead, Charles Henry and Dennon Jones make up this self-proclaimed “high energy bluegrass group,” gaining momentum as they make their way from Durango to our mini music mecca here in Denver. With two years playing together under their belts, this debut full-length album is a huge milestone for the Hustle. The band began the recording of their self-titled album back in December and completed High Country Hustle across five sessions. 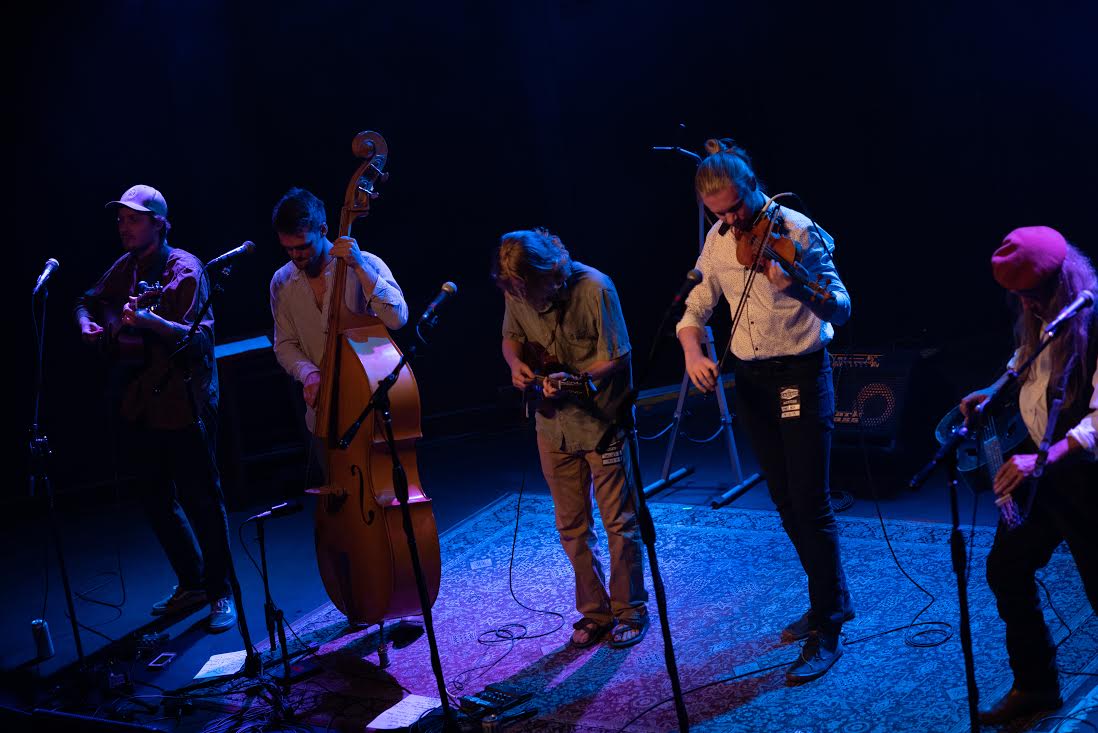 With the funding for recording coming directly from playing shows, High Country Hustle’s hard work came to fruition the past two weekends, when they took the Globe Hall stage on September 6 in support of Whitewater Ramble, and then last Friday night at Nederland’s Caribou Room alongside Caribou Mountain Collective. Though they’ve only got local gigs scheduled for the immediate future, the long-term goal is to break into news markets — “to keep growing, taking awesome opportunities and getting the music out there,” Gallen said. Plus, they’ve got that Front Range vibe that makes them fit right in. Gallen expressed the local music scene in one perfect word — community. “Everyone just wants to build everyone up. It’s inclusive and doesn’t have a competitive spirit. You watch your friends grow and inspire. We are lucky to be a part of it.”

For now, however, it’s their turn to do the inspiring with High Country Hustle, released just a few weeks ago. Of the 10 songs that make up the album, three are instrumentals that each hold out for six-plus minutes. Though nearly twenty minutes of instrumental seems like a lot, the reality is that those twenty minutes are complimentary and transcendental for the album. Their sound is honed and crystal clear, and that amount of instrumentation truly showcases what High Country Hustle has been working at for the last two years. With the lyricism taking up less space in High Country Hustle, all five players really shine through at several points. Extensive solos are heard from Gallen’s guitar, Yokel’s mandolin, Moorehead’s dobro, Jones’ fiddle and Henry’s bass. 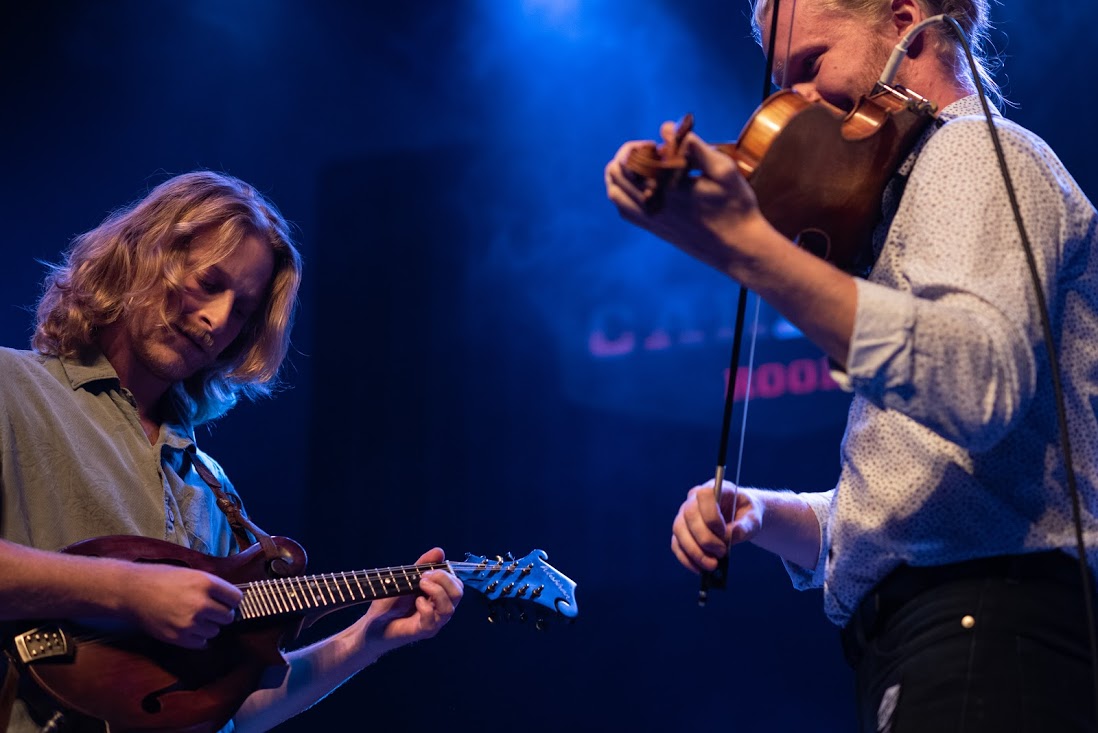 Though Gallen and Yokel are the two main song-writing vessels for the band, Gallen explained that “a song becomes a song once everyone’s gotten a hold of it.” The camaraderie that exists within High Country Hustle is palpable, between the way they share their music and the devotion to their art. The vast majority of the album’s songs start with the guitar and move quickly into some well-rounded picking.

Each song has its own thing going on — “Chasing the Sunrise” is their slower song, while “Full Tank” has that twang and “Tides” is jig-like. Poeticism isn’t lost in songs like”Tides,” either – “This life ain’t always what it seems / Some full of heartaches, some full of dreams / And when the tide rolls in, a new day will begin.” Or in “Better Things” the first track off the album — “Better things won’t come when you ask them / Better things won’t come when you try / Put your first foot forward and don’t you look backward/ Keep on moving towards that door.”

With this impressive full-length album comes the first, but certainly not the last listen of what the bluegrass world needs to hear from High Country Hustle. The up-and-coming band with quasi-local status has guaranteed themselves a bright future ahead with their self-titled album, and here’s to knowing they’ll hustle their way to the top of the scene.