The conceptual delineation between the universal and the idiosyncratic is a fine line on which good artists wobble and great artists dance. The genre-nonconforming Kaitlyn Williams, always up for a balancing act,  gives us a glimpse into her past struggles in a personal yet relatable way with her new single, “Maybe”. To further intertwine the foreign with the familiar, she pairs her acrobatic, jazz-trained vocals — the staple of her discography — with a fresh electronic baseline that swells like the sea. Both the single and the music video drop this Friday, September 13, but we’re providing an early release.

In “Maybe”, Williams models the empathy she wants her music to evoke by putting herself in the shoes of a past lover.

“‘Maybe’ was inspired by someone I used to know in high school who would always tell me ‘Maybe’ when I asked if we could hang out,” said Williams. “This song is me flipping the script and pretending I’m that dude saying ‘Maybe.’”

For the music video, Denver-based Williams plays the indecisive narrator, while her current love interest stars in the opposing role — a decision that reveals both her and video director Diego Estrada’s commitment to authenticity.

Following this theme, the visual begins with extreme close-up shots of hands that lovingly graze across skin (and through Williams’ iconic purple hair). The bokeh camerawork blurs the background into insignificance, instead focusing the viewer’s attention on blown-up personal details.

The sagacious visage of Williams and the doe-eyed countenance of her partner — which at times take up the full width of the screen — give the viewer little room to avoid their intense and emotional gaze. But Williams, striking as she is, is also frank and approachable, and it’s easy to feel a connection with her, even though a digital screen. 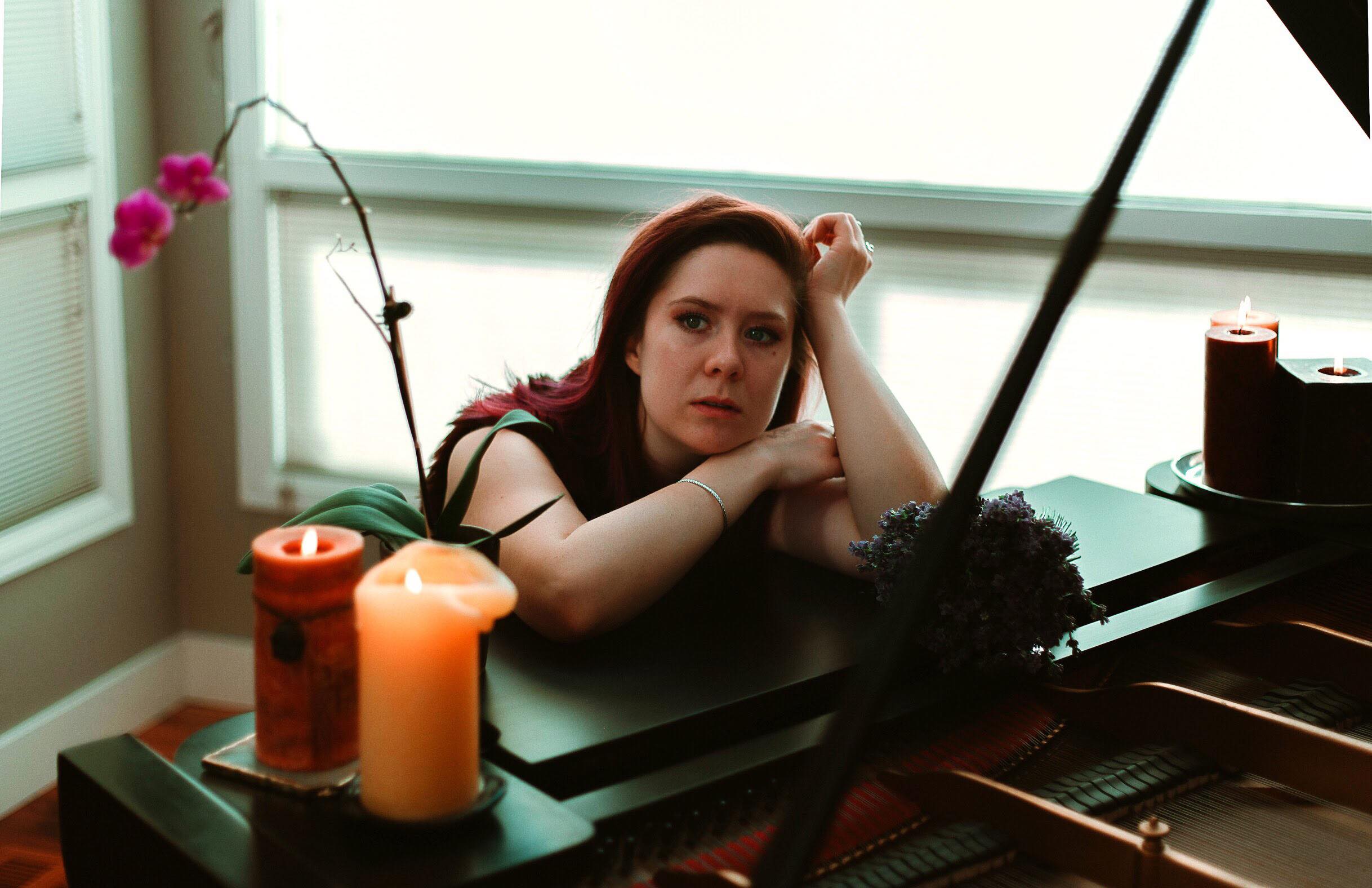 Usually, music videos have two components — the narrative and the performance — that run parallel throughout the visual. The narrative is the acted-out story that develops throughout the song, and the performance is the artist directly lip-syncing to the camera. The “Maybe” music video intentionally blurs the distinction between these two components. For the chorus, Williams locks eyes with the camera instead of her co-star, who, with blissful ignorance, drapes over her in their bed. The effect underscores the emotional detachment of the narrator — the romantic partner who can’t fully commit. Although Williams is physically present with her love interest, her mind is caught up elsewhere, spinning circles of psychological hesitation.

Williams’ sobering delivery of her weighted lyrics jolt us out of the video’s moments of sincere sweetness — a wine-and-sushi picnic in the park, a roller-skating date — yet still the visuals inspire an optimistic outlook for the characters in the song’s budding romance. Perhaps it’s the lovers’ playful tussling under the soft light of a Denver sunset — an appropriate setting for Williams whose album Sunset was released this past January.

No stranger to Denver’s live music scene, Williams will throw a video release party in the form of a concert tonight at Ophelia’s Electric Soapbox. Local musicians Kayla Marque and Emily Shreve will join her as openers. Doors open at 8:30 p.m., and you can get tickets here.