Review – The Wiley BANKS Bewitched Us at the Fillmore

The avant-pop singer BANKS is probably a millennia-old mythological creature. Perhaps the titles of her previous LPs — Goddess, The Altar— have something to do with it. The allusions to female monsters and commentary on sacrifice and justice that pepper her discography add evidence to this claim. Maybe the serpentine motif in BANKS’ 2016 music video for “Gemini Feed” burned itself into my subconscious, or I’m reading too much into her ancient Egyptian-inspired eye makeup.

Still, my points stand — the persona projected by the mysterious and mesmerizing BANKS is that of a shapeshifting classical temptress. In another timeline, she lures the fated heroes of epic tales with her womanly wiles. This year, she re-entered the realm of 21stcentury mortals to execute “The III Tour”, which came through Denver’s Fillmore Auditorium on the night of September 19. 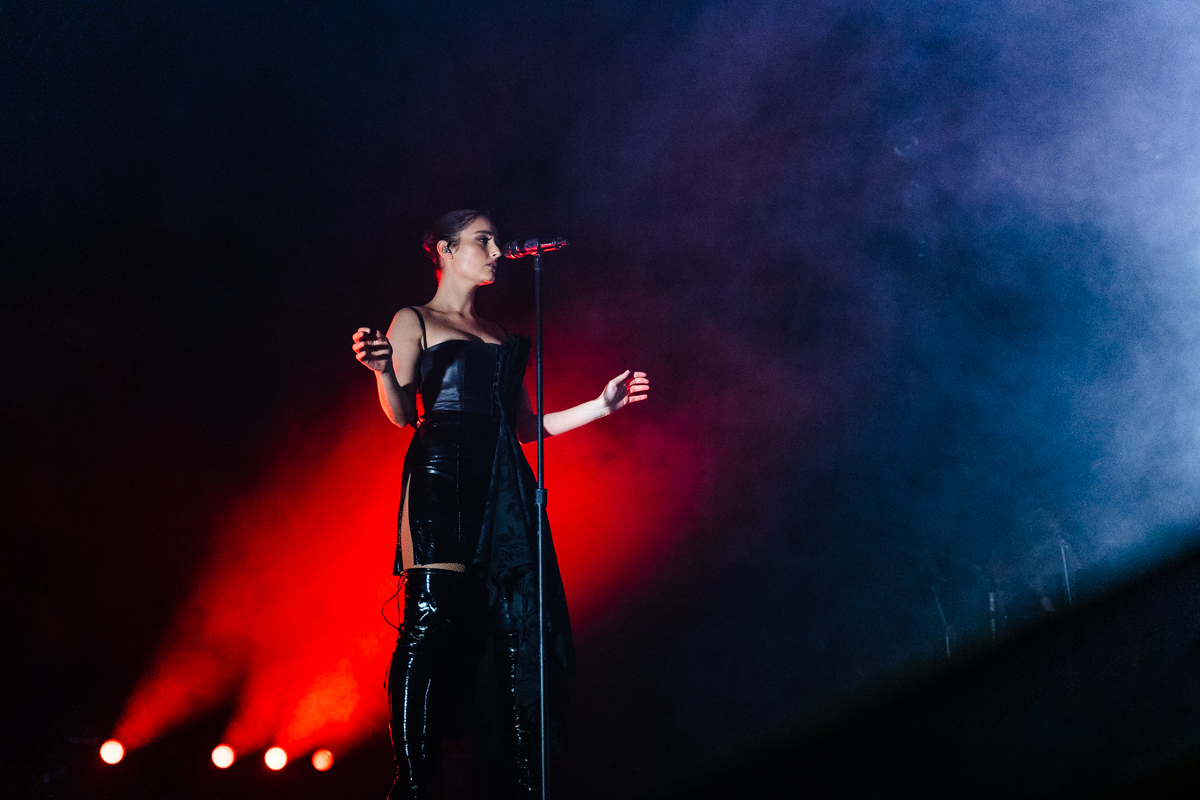 The night started with opener Kevin Garrett — who wrote BANKS’ “Contaminated” with her — giving a relaxed performance that hinted at the intensity to come with the main act. His cover of billie eilish’s “when the party’s over” and his original song “In Case I Don’t Feel” made it obvious why BANKS — a pioneer of haunting left-of-center-pop — chose him to break in her audience. By the time the mononymous main act took the stage, the audience was ready for some drama. 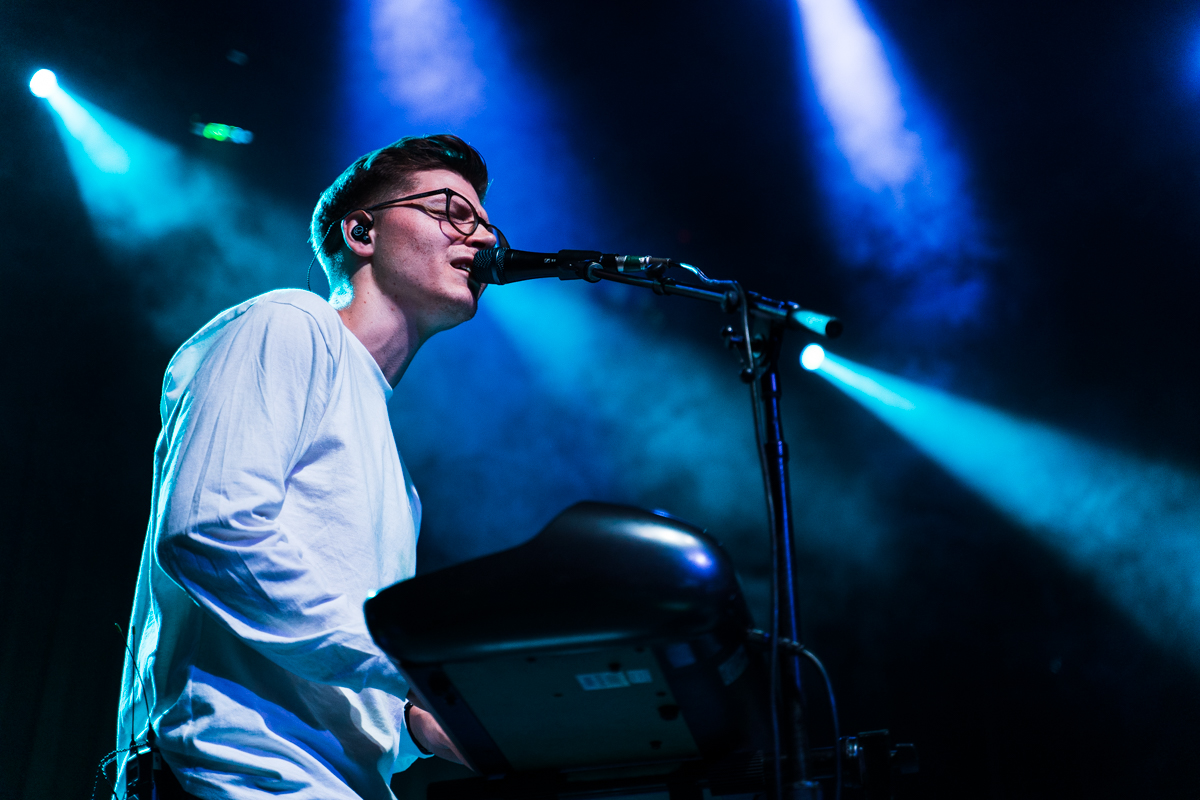 BANKS kicked off her set with “Till Now”, which is also the first tack on III. The song’s sound distortion — created by the album’s co-producer, DJ Burton — is a little much for a living-room listen. For a concert, however, it’s an excellent sonic interlude. A couple of songs later, BANKS performed “Stroke”. The aquatic-themed lyrics — “Say it’s hard to breathe inside my ocean / I give you the deep, but you’re still floating” — facilitated a seamless segue into the next song, “Drowning”. The dancers left the stage so BANKS could perform this hit off her debut LP alone. The fog machine and lighting crew worked together to create a thick blue haze to mimic the track’s underwater atmosphere. 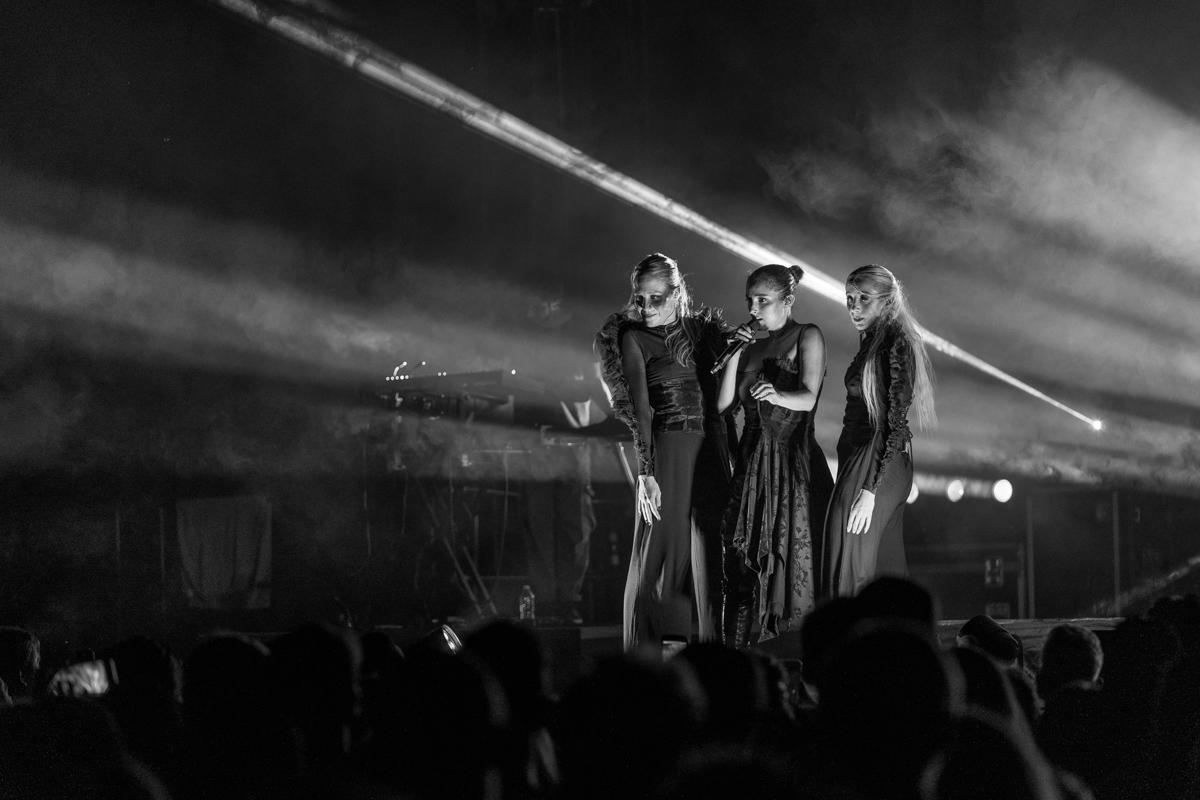 The California-born vocalist prefers to be in control, which influences her performance style. Most segments are highly choreographed, and she keeps the same setlist every night. Still, her stage presence comes off as calculated rather than contrived. Her blank facial expression — is Medusa herself stone-faced? — sometimes raises concern that she’s simply going through the motions. Yet her invocations for audience interaction — particularly during her performances of “Propaganda” and “Better” — bring animated lines to her face and reassure the audience that she’s right there with them.

BANKS’ direct addresses to the audience were few and far between, but she chose these moments well and used them to great effect. She speaks only when emboldened by a purpose. For instance, after performing four songs, she introduced herself and shared her poem “Ode to the Grey Zone” with the audience. This poem is one of many published in BANKS’ poetry collection, Generation of Women from the Moon, which came out this summer. Because it has the same theme as her new album— moving away from black-and-white thinking to embrace the subjectivity of all things — BANKS considered “Ode to the Grey Zone” as a potential title. 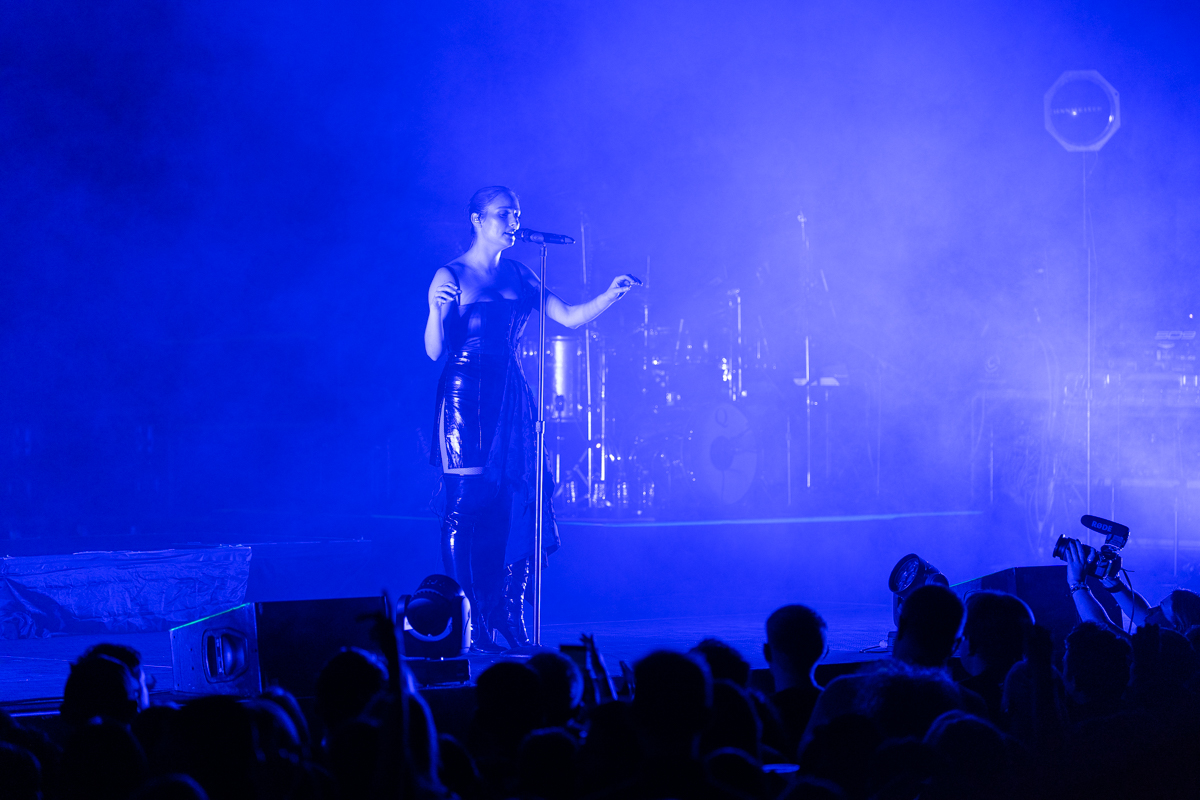 Other noteworthy aspects of the show include the presentation of BANKS’ 2016 hit, “Poltergeist”. The isolated head movements, full-body rolls and synchronized arm swishes were very serpentine, and the light show of green lasers underscored this effect. The melismatic vocal loop in the background of this track is reminiscent of Alessia Cara’s “Stay” and BANKS’ own “Gemini Feed”. BANKS’ trance-inducing, almost whispered vocals exude both the charm and hypnotism of a boa constrictor.

The captivating singer completed her set in a snappy 70 minutes and surprised audiences by appearing right at the center of Fillmore Auditorium’s floor to begin her encore performance (she sang “Look What You’re Doing to Me” — a collaboration with Francis and the Lights). The encore was the least structured segment of the show, but BANKS was the liveliest for it.

BANKS is known for facilitating a certain look and feel, and she certainly gave the audience what they expected. Yet this year’s tour and new album added enough fresh elements that sustained people’s interest in BANKS long after she left the stage.

All photography by Daniel Amimoto.