There are few things that join people together quite like music. When you meet another person who loves the same songs as you, there’s an instant connection. Whether you both love singing those top 40 jams into the shampoo bottle in the shower or you find commonality in the fact that you can’t help but feel a little less lonely when you hear Morrissey’s lilting voice on a rainy day, one thing is very clear — music can serve as a bridge from one person to another. In fact, that’s why so many of us love going to live shows and festivals. Not only is it easy to find your tribe when you’re making your way up to the barricade, but you’re also sure to find new bands that resonate with you. When it comes to building community and expanding your musical horizon, there’s no festival that provides a better space for that than Golden Haze Fest.

With the rise in popularity of music festivals, it should come as no surprise that there would be an increasing number of festivals dedicated to shining the spotlight on more underground genres, metal music being no exception. Golden Haze Fest, set to host its first year of music this weekend, promises to combine all the best things about metal music with everything there is to love about the festival experience. From distorted bass lines and fast tempos to bouncing from stage to stage to see new bands, Golden Haze Fest will deliver a unique experience for all involved. 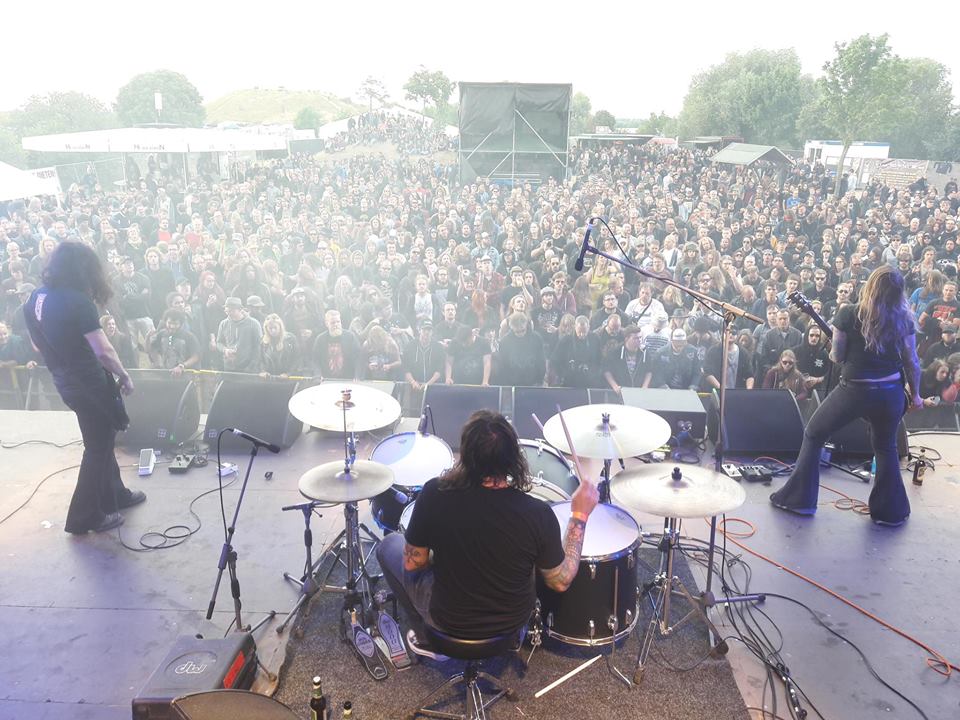 Though the inaugural year of the metal fest has yet to commence, it’s already generated quite a bit of excitement among fans. Boasting an exciting line-up of (mostly) local bands, it aims to be the first and best festival of its kind. Though the focus of the festival will be doom and stoner metal, the bands on the bill offer a mix that is sure to please metal fans of every sub-genre — and if you’re excited about just one band on the bill, then you’re likely to love them all.

Every band on the bill was carefully selected by Joshua Mulroney — the founder of Golden Haze Fest, who has spent the last decade booking all of the best metal and alternative shows in the Denver area. After dedicating so much time to the local underground scene, no one has a better handle on which bands have a real chance at making it big than Mulroney. “Everyone is right at that moment of them taking the head spotlight,” said Mulroney in an interview with 303 Magazine. “So that’s kinda how I picked them.” However, that’s not to say that he didn’t consider factors other than potential star power.

“I kinda looked at it as, instead of a bunch of circles on top of each other — there was kind of enough that was similar that if somebody liked [one band] then they’re going to like [the others] even if they don’t know what band it is,” said Mulroney. “Because there’s enough of a sound that’s inter lapping within them, but they’re not exactly the same band. So you’re not going to sit there and hear the same tempo, you’re not going to hear the same riffs for six hours. It’s going to be different for every band, but there’s going to be enough overlay that you’re going to appreciate it if you like one.” 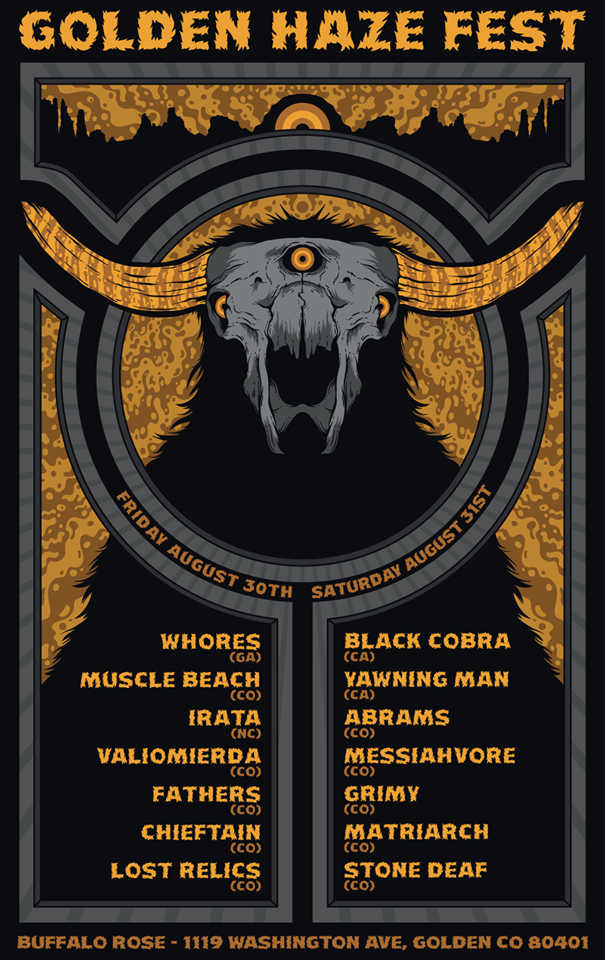 Equally important to selecting the best bands for the bill, Mulroney focused on curating an experience that will help fans to build their music community. More than just selecting bands that he knew fans would love, Mulroney wanted to create an environment that embodies all the best parts of the metal community. “It’s all about the love really,” said Mulroney. “Where, I don’t think any other time in history you could say ‘I’m having a metal show and it’s about the love of people and the music — and this is a metal show that’s about the love of people and the music, that’s for sure.”

The inaugural Golden Haze Fest has the potential to be a lot of things — but there’s not doubt that it will be an event you don’t want to miss. “I know just by the music and the line up that this is going to be so much fun,” said Mulroney. “This is going to peel back eyelids. This is going to generate a lot of excitement to whoever is there to witness it. Being outside of your genre — you’re going to be part of that family.

Golden Haze Fest is right around the corner, but it’s not too late to get your tickets. Two day passes are currently available at two-for-one prices — so grab a friend and find a ride to Golden. Golden Haze Fest will take place on August 30 and 31 at the Buffalo Rose in Golden, CO. Tickets — including those included in the buy-one-get-one deal — are available here.