As a college town known for its plethora of breweries and bike culture, Fort Collins might soon add art destination to the list after the Fort Collins Mural Project hosted their first annual mural painting event. Sticking to the project’s motto, “Every wall deserves art,” the event organizers’ — Lindee Zimmer and Sam Crenshaw — hard work and dedication brought 22 artists from all over the front range to participate in the event including Denver artists such as Michael Ortiz, Daniel Crosier, and Julia Rose Morgan.

“The whole week has been inspiring to say the least,” said Zimmer. “At the beginning of the week, I wasn’t sure if we were going to be able to pull off painting this many walls, but after a long week of sleep deprivation for both me and Sam, here we are one week later with over 20 walls finished!” 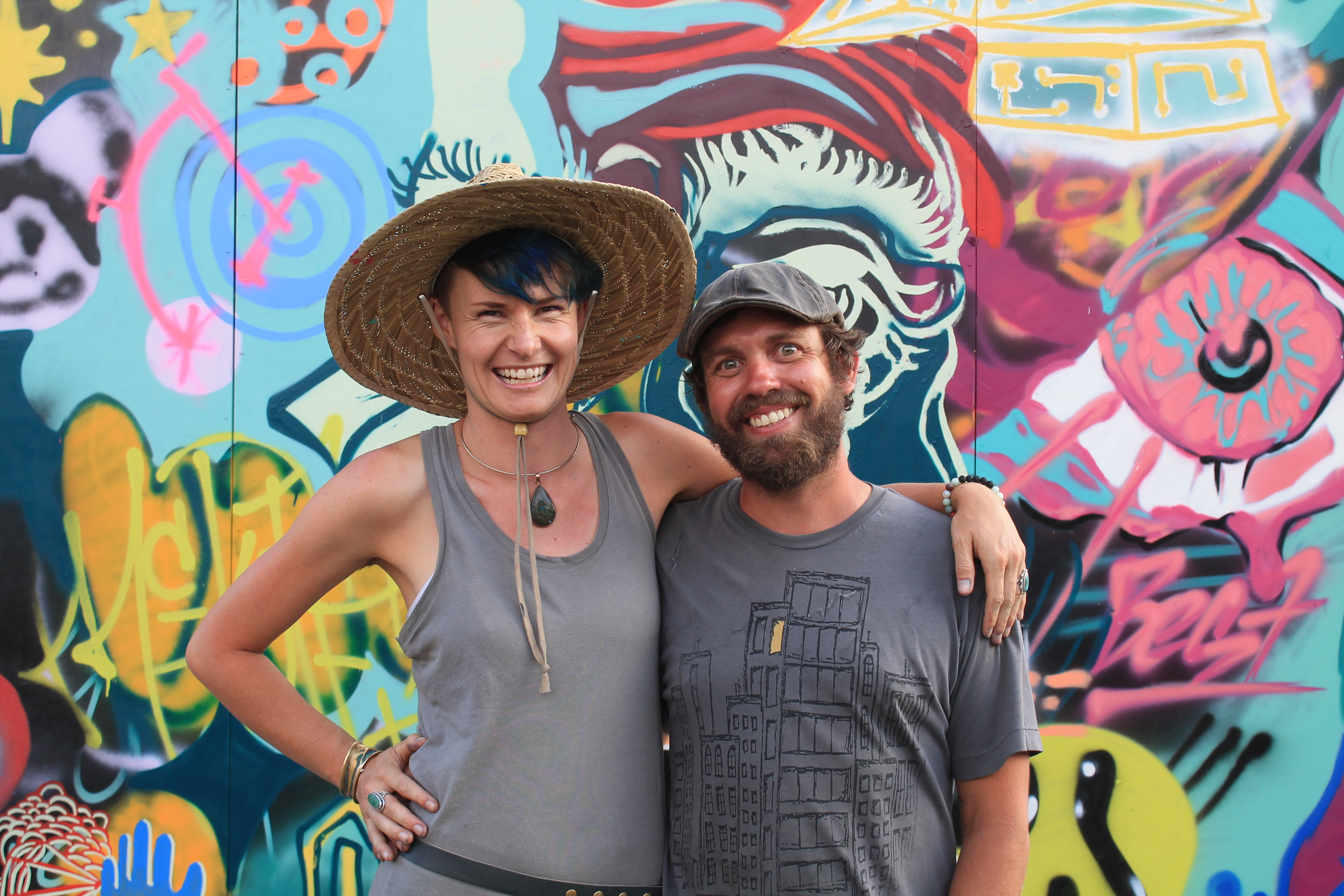 While the event drew in artists from all over, it also allowed for many local artists from Fort Collins to paint on this large of a scale for the first time ever. Locations such as Jerry’s Artarama and Brave New Wheel were prime spots to watch established muralists and first-time wall-painters work alongside one another.

“This whole week has honestly been a dream,” said Danielle DeRoberts. “Working beside a powerhouse like Lindee, and making friends with all the artists has been such a fulfilling experience. I’ve only known some of these people a week and they feel like family now.” 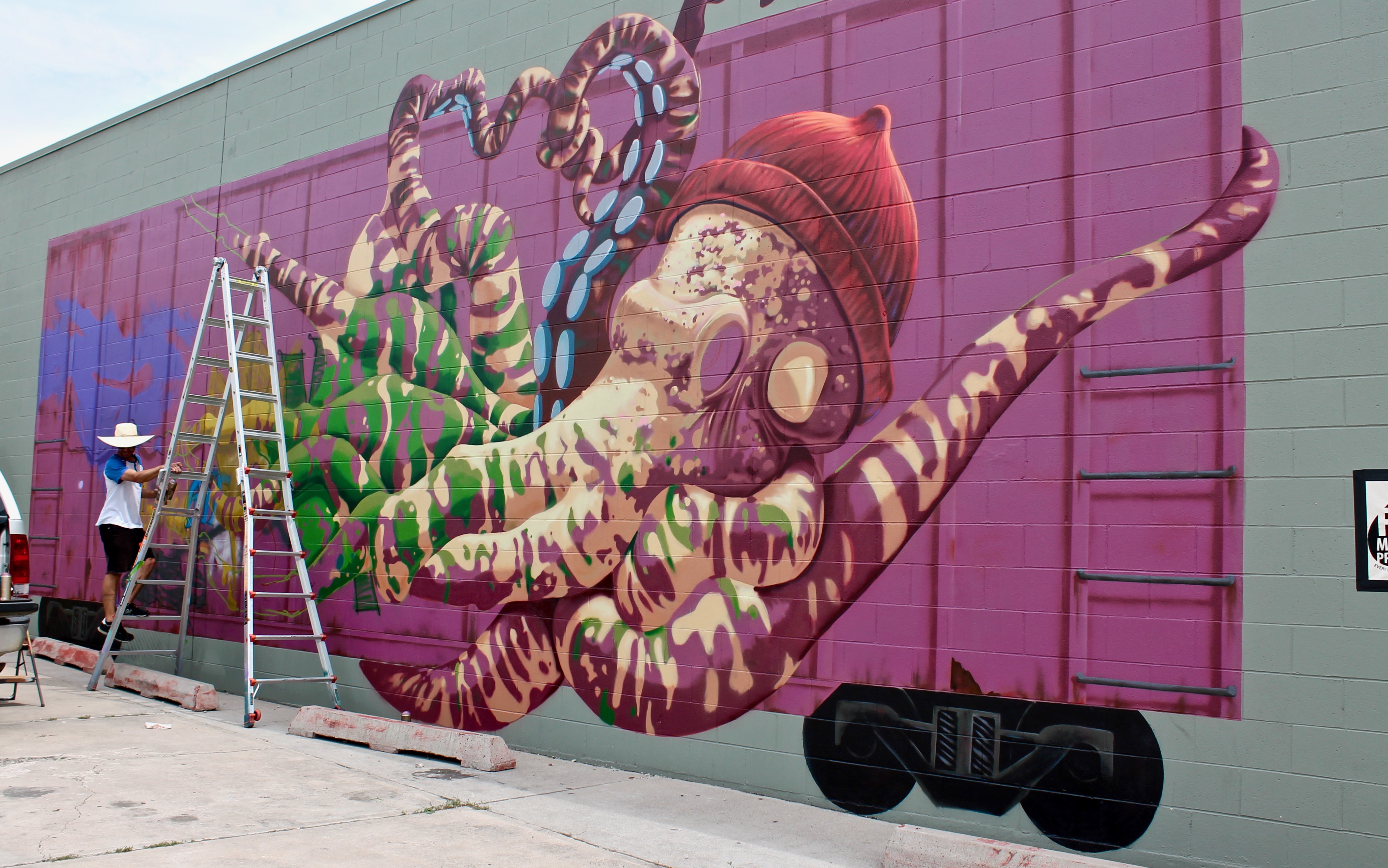 Dan Toro in front of his wall for the Fort Collin’s Mural Project. Photo by Josie Lucero

One of the biggest accomplishments of the entire week was the strong community that was formed between the artists, local businesses and sponsors — such as New Belgium Brewery who donated all the tips received in the brewery’s taproom throughout the entire week to the Mural Project to buy supplies.

“While painting as many walls as possible is always something that I want to do, the community that we built this week is what it is truly all about,” said Zimmer. “Nothing makes me happier than watching the community in the city that was my home for so long welcome all these artists and make Fort Collins even more colorful!”

While most of the walls were those colorful pieces meant to brighten the areas surrounding them, a handful of artists used their walls as platforms to promote specific messages that are important to them. In the spirit of Shark Week, Max Coleman — who painted one of the largest walls right behind the Downtown Artery — used his space to bring awareness to the ever-growing problem of shark fishing which kills over 100 million sharks each year. Another artist, Brooke Anderson, also used her wall as a way to provide suicide awareness by creating a piece that highlighted the statistics that 130 people commit suicide daily in the US. 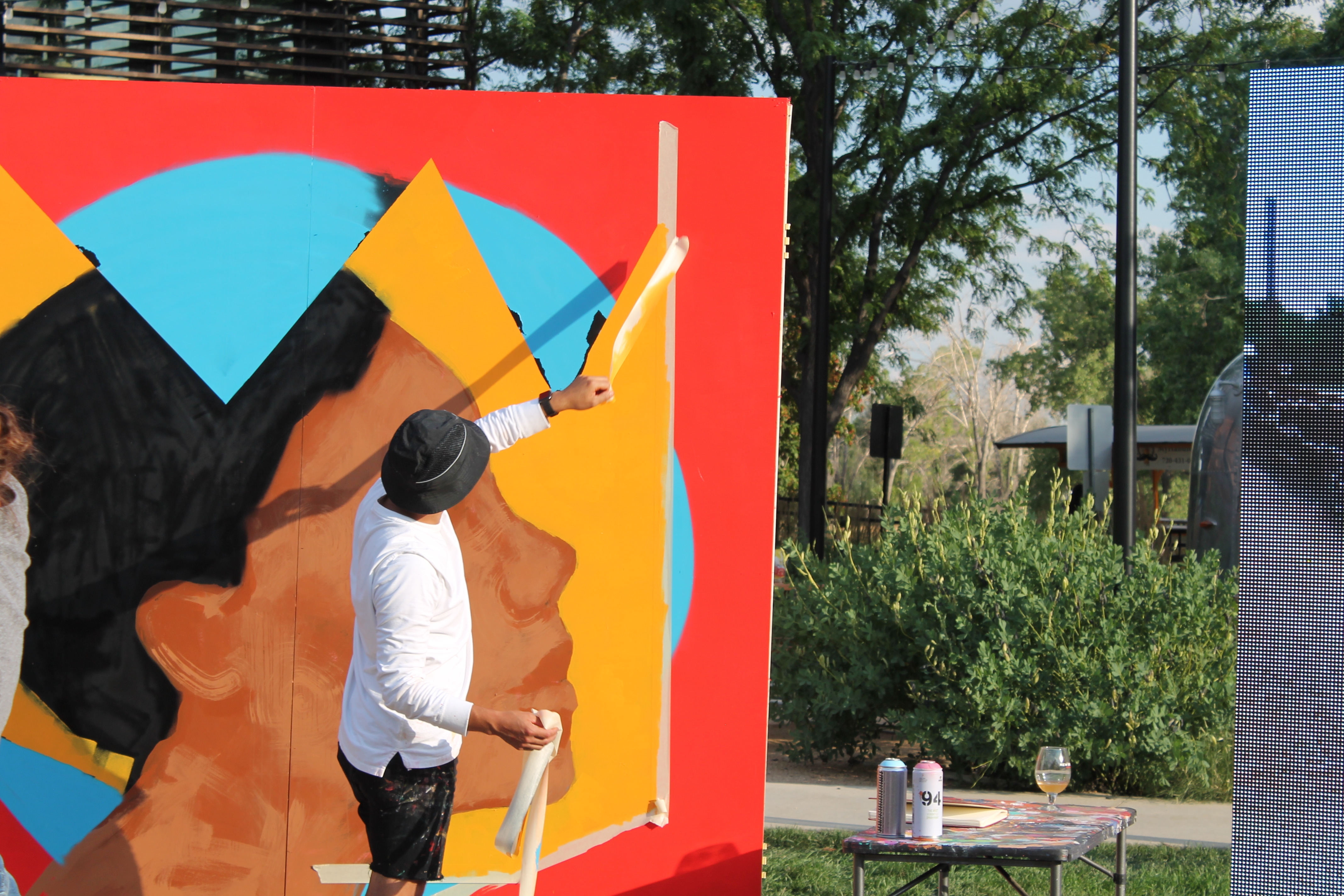 The week ended with a closing party celebration at New Belgium Brewery on Saturday, August 3 where artists who participated in the Mural Project collaborated on a live painting alongside Northern Colorado artist,  Armando Silva. The event gave the artist the chance to socialize with locals who had become enamored by the art that the project had created throughout the week.

Even though this year’s event has come to an end, the Mural Project organizers look forward to continuing it into the future and making it bigger and better.

“Next year we’ll be back with more understanding on how to organize the event better for everyone. It wouldn’t [have] been a true first run if there [weren’t] some growing pains, but in the end all the artists are happy and that’s what I care about the most,” said Zimmer. More artists. More walls. Honestly, the sky’s the limit at this point for next year!”